Vikings continues its raid on viewer numbers and our television screens, with the fourth episode up next. Episode 3 turned out to be the most visually arresting so far, with lush green backdrops to the action and soaring shots of the Viking boat as it made its way home. The plot moved along too–and the Earl became a little bit more evil.

And while the History Channel website for Vikings is full of shots from the previous episodes, few of them include Mr. Byrne. Fear not! Robson Gundim, an artist who is also a fan of the Vikings series, has not only created a great rendition of Gabriel Byrne as Earl Haraldson. He also dedicated it to @HistoryVikings and @Byrneholics on Twitter! Robson’s efforts were noted in the previous posting but I wanted to highlight him in this one because Viking Gabriel hanging about in his field of shamrocks needed to stay up until after St. Patrick’s Day…

I asked the artist what he meant with the quote “There is land to the west…” when we know the Earl has said, on multiple occasions, “there is NO land to the west!” His answer: “I know he said “no lands”, but after Ragnar found it, I just tried to make it funny, like the Earl is convinced THERE IS.” I think this explains the somewhat surprised look on the Earl’s face in this picture!

Thanks, Robson, for this homage to The Earl and to Gabriel Byrne and thanks also for sharing it with us! 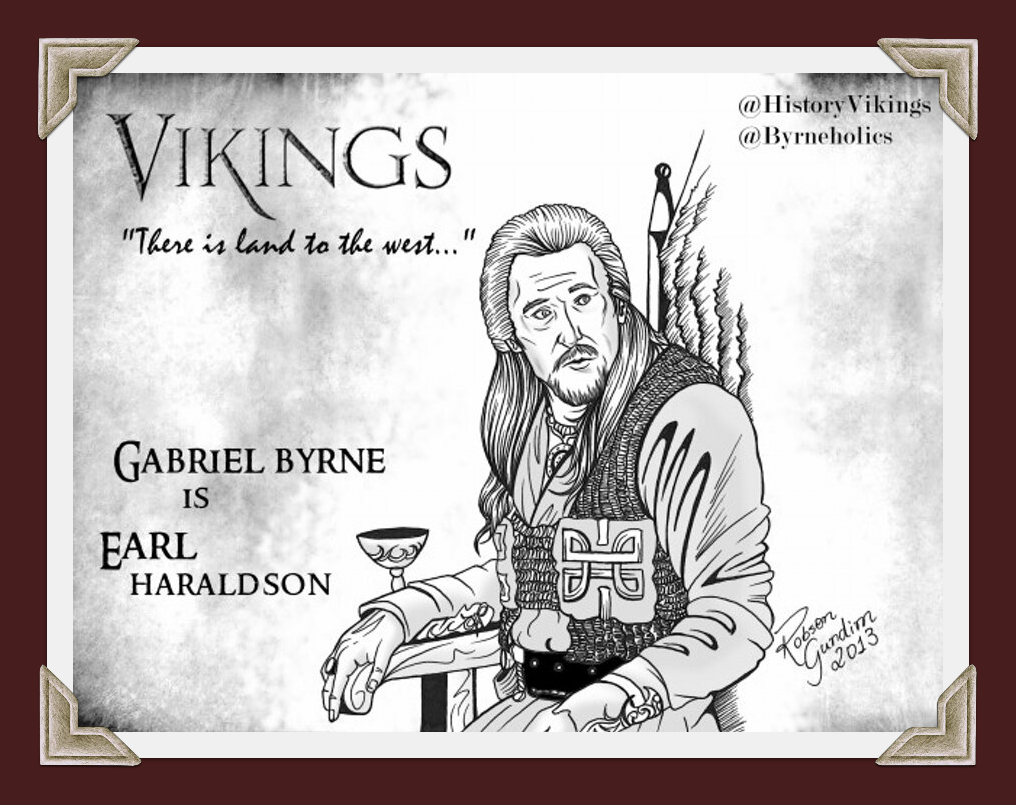 The Vikings head back to England to see what other treasures this new world has to offer. Ragnar and his crew sail out with Earl Haraldson’s permission….and also with Earl Haraldson’s spy. After bloodshed on the beach, the Vikings choose the Sabbath to invade the town of Hexam and unleash a flood of violence and panic. In the midst of the terror, Ragnar and Lagertha (Katheryn Winnick) discover that there are consequences for every action and Earl Haraldson is always watching. 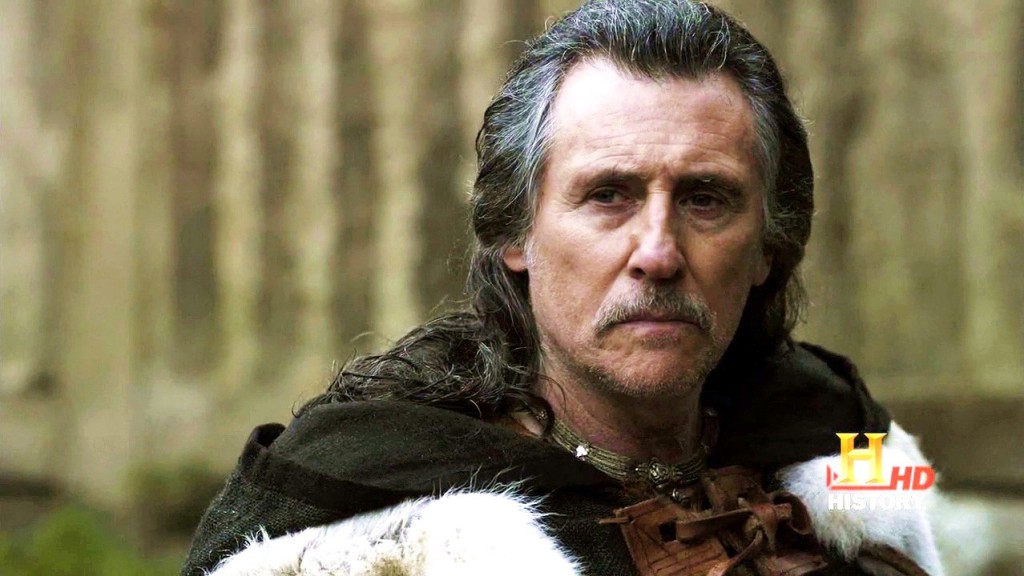 Thanks to Det. Logan for this pic!

PS. I have been live-tweeting the past two episodes and plan to continue to live-tweet until something happens to the Earl. If you are interested in these live-tweets, you can always visit Twitter and go through my Tweet stream.

If TWO people ask, I will include them in these postings. smile