New Film Based on Real-Life Drama in Chile: THE 33

If you were anywhere near a television screen or the Internet in 2010, the Chilean Mining Disaster, as most of us called it, will still be burned in your memory. A potential tragedy. A tale of waiting and hoping. A complicated recovery plan involving international cooperation on a grand scale. Survival over many weeks. And finally, the successful recovery of all of the miners trapped more than two months 2,300 feet down in a mining shaft that had collapsed. An explosion of sentiment and relief. Recalled to life.

Starring Antonio Banderas and Juliette Binoche, directed by Patricia Riggen, with filming locations in Colombia and Chile, The 33 is currently in post-production, with plans for release in 2014.

There is not much information yet at the IMDB page for the film, except for a fairly complete cast list. We do know that, in late January of this year, Gabriel Byrne headed off to Chile to join the team. Deadline.com broke the news first:

Gabriel Byrne has signed on to star as André Sougarret in The 33, alongside Antonio Banderas, Juliette Binoche, Rodrigo Santoro and an award-winning international ensemble cast.

So, who is André Sougarret? According to the Wikipedia page for the film, he is “the engineer who masterminded the escape operation.” You will remember him as the man who faced the cameras every day, explaining the situation and keeping the world informed. 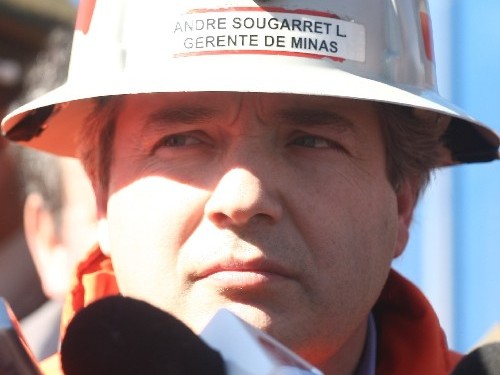 Sougarret was appointed as the man in charge of the rescue operation three days after the mine collapsed on August 5, 2010. At first Sougarret worried — no one knew if the miners were alive, and the pressure was on to reach them. And he knew he would be blamed if the men were found dead “because we didn’t reach them or the work was too slow.”

In Sougarret’s own words, the rescue operation was his life’s biggest challenge. Sougarret tried to keep his head cool and tried not to dwell too much on the condition of the miners, what’s happening to them. He told himself that why the miners were there was not his responsibility. His responsibility was to get the miners out of the mine…

Even during the highest pressure days, Sougarret kept his mind cool and focused on his mission – getting the miners out of the refuge. Sougarret talked to the miners every day, motivated them and asked for their inputs.

…Urzua, the shift foreman, had this to say as he hugged the man who saved the 33: “You always gave us the straight talk, always speaking the truth.”

“How Er. Andre Sougarret Rescued The Chilean Miners…”
Discussion in Engineering & Technology News started by Kaustubh Katdare, Oct 16, 2010 at
Crazy Engineers: Uniting Engineers Across the World
[this link is no longer available]

Sounds like the perfect role for Gabriel Byrne, doesn’t it? 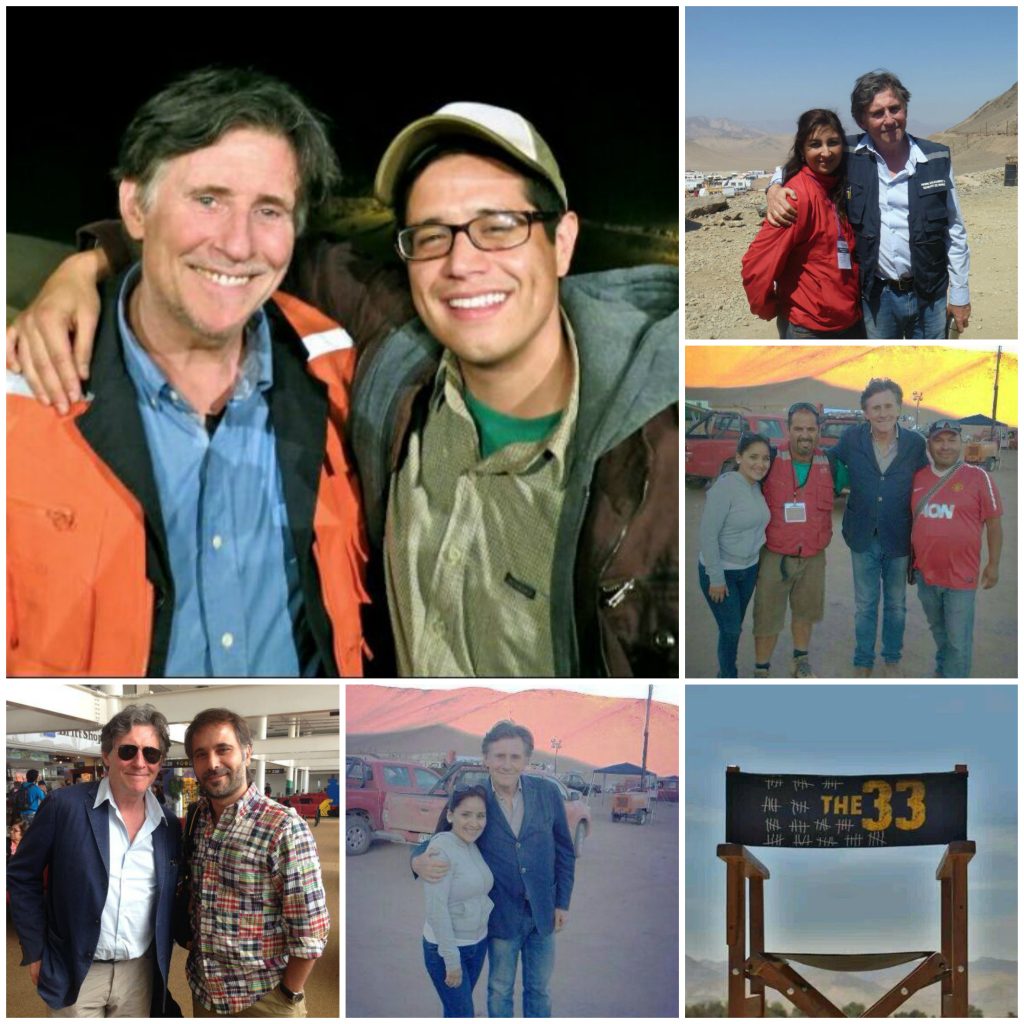 With cast and crew behind the scenes on “The 33”

I am sure there are many sights to see and things to do in Chile, but perhaps not in the Atacama Desert (although I imagine the sunsets there are stunning!). Intrepid adventurers Juliette Binoche and Gabriel Byrne found the perfect getaway on one of their days off: ESO’s Paranal Observatory:

The actress and actor were hosted at Paranal by ESO’s Director of Administration Patrick Geeraert and ESO’s Representative in Chile Fernando Comerón. Arriving in time to watch the sunset [note from Stella: I told you!] at Cerro Paranal on 22 February, they saw the opening of the VLT domes as they prepared for the night ahead. Juliette Binoche and Gabriel Byrne also witnessed astronomers in action in the VLT control room as the telescope collected data from the cosmos, and showed keen interest in the work astronomers are doing to help to put human existence in perspective and better understand our place in the Universe. —European Southern Observatory, March 4, 2014

VLT means Very Large Telescope, in case you did not know…don’t worry. I did not know it, either. wink 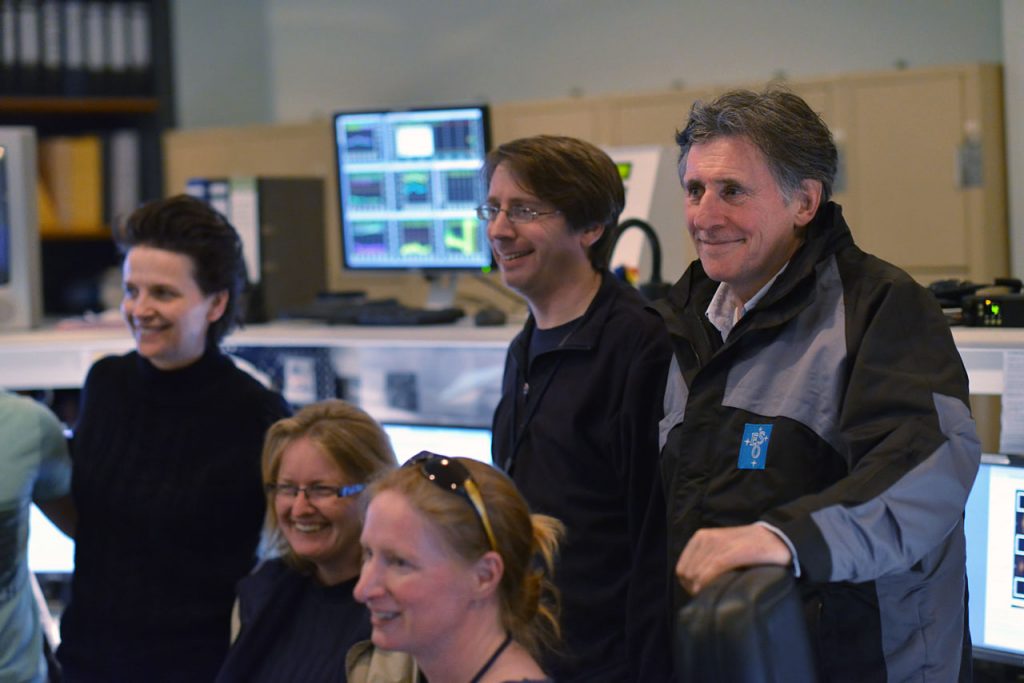 more information about the film

No English subtitles available. Sorry about that. 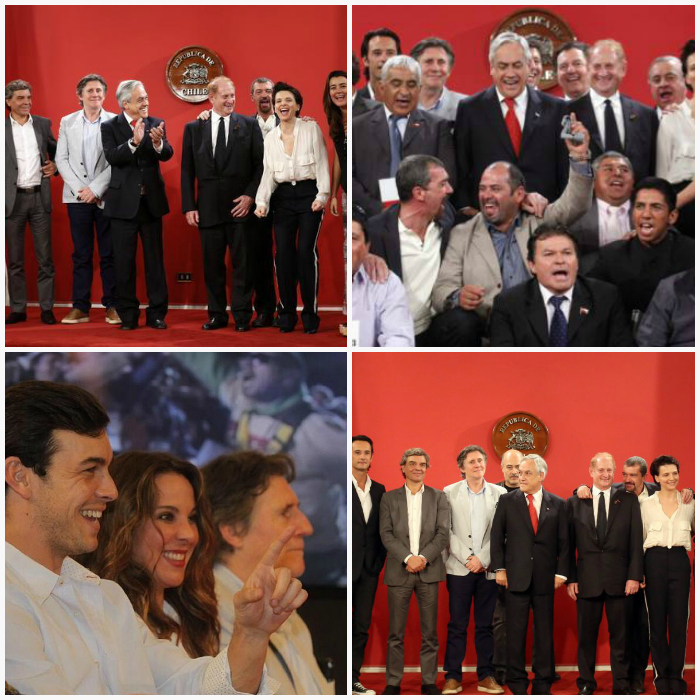 Miner Drama ‘The 33’ Begins Filming in Chile (The Hollywood Reporter)

Gabriel Byrne Joining The 33: He’s flying in to rescue the Chilean miners (Empire Magazine) [the link to this article is no longer available]

Juliette Binoche: ‘I choose stories that need to be told’: The French actress explains why her new film opens with a suicide bombing – and why her son made her take a part in Godzilla (The Telegraph UK)

more information about the disaster

This is by ByrnePerfection. She did a great job on this video compilation of many of the actors and staff associated with film, as well as the real miners themselves. This video provides me with a very nice way to close this posting. Thanks, BP!

ByrnePerfection has also been posting about the making of this film. Check out her articles here and here and enjoy her observations!

Many thanks to Moondreamer, Megustagabriel, and other Forum members for sharing pics and videos. Much appreciated!!