New Film: “Nobody Wants the Night”

Thanks to Moondreamer, here is a behind-the-scenes video for the film!

I do not recognize the opera excerpt included in the video and this is sad, because I am a big opera fan…

Looking forward to more news about this exciting new film!

It is always fun to discover a new film is on the way! This one is so new that there is no poster yet, no video, not much at all, really, except some notices in various news outlets, a few tweets, one amazing production photo, and a great deal of anticipation. Byrneholics have a special place in their hearts for one of Mr. Byrne’s earlier forays into the snowy wastelands: Smilla’s Sense of Snow. We look forward to seeing him out in the snow drifts once again.

Early in the film’s development, Willem Dafoe was set for the role of explorer Robert Edwin Peary, whose ambition was to discover the geographic North Pole. In a few articles I found on the web, Nikolaj Coster-Waldau was listed as playing Peary (I think this was just general confusion because NCW had recently appeared in another Juliette Binoche film: 1,000 Times Good Night). 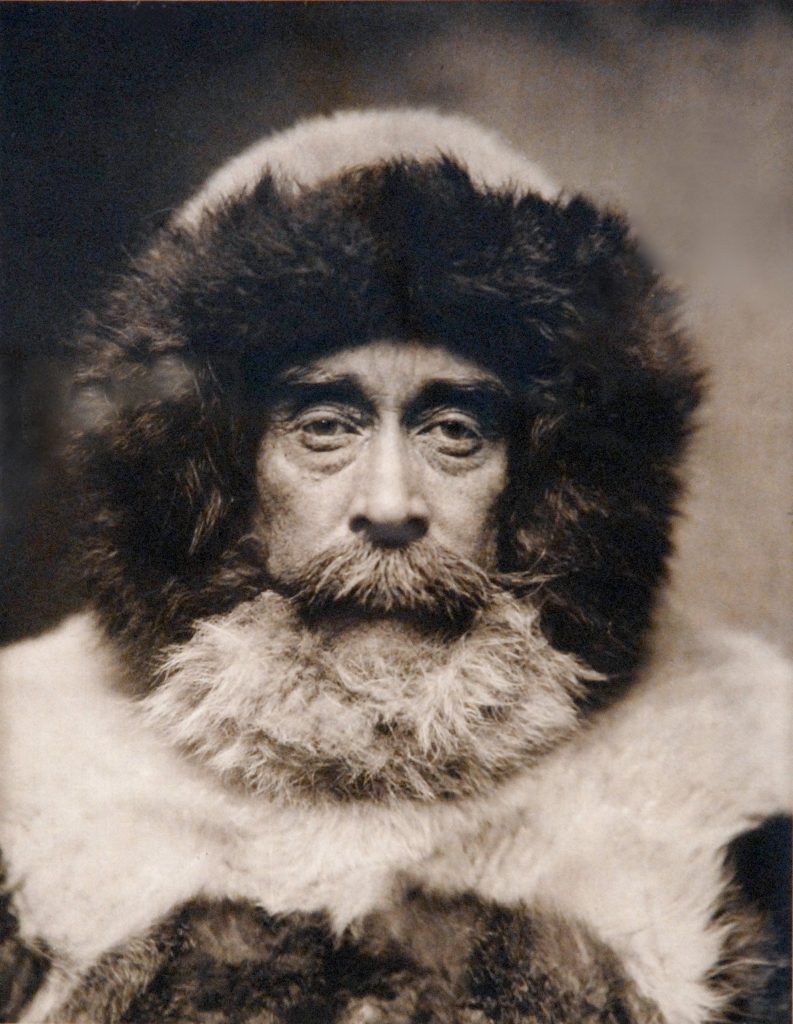 One of the first articles to break the news was Indiewire: In the Works: Isabel Coixet Unveils Next Project, ‘Nobody Wants the Night,’ Starring Binoche, Dafoe and Kikuchi (September 2013)

Spanish-born filmmaker Isabel Coixet has announced her next project, “Nobody Wants the Night,” for which she plans an early 2014 shoot in Norway. Juliette Binoche, Willem Dafoe and Rinko Kikuchi are set to star.

The film is the story of two women, from two different worlds, and their struggle to survive in one of the most inhospitable places on Earth. Josephine (to be played by Binoche) is a proud yet naive woman in love with a man who prefers glory and ice to the comforts of an upper-class home. Allaka (to be played by Kikuchi), a young but wise Inuit woman, is in love with the same man with whom she’s expecting a child. Set against the backdrop of a relentless icy landscape, the film chronicles their long, tense wait for the same man they love in such distinct ways.

But now we think we know who will portray explorer Robert Peary in this film: 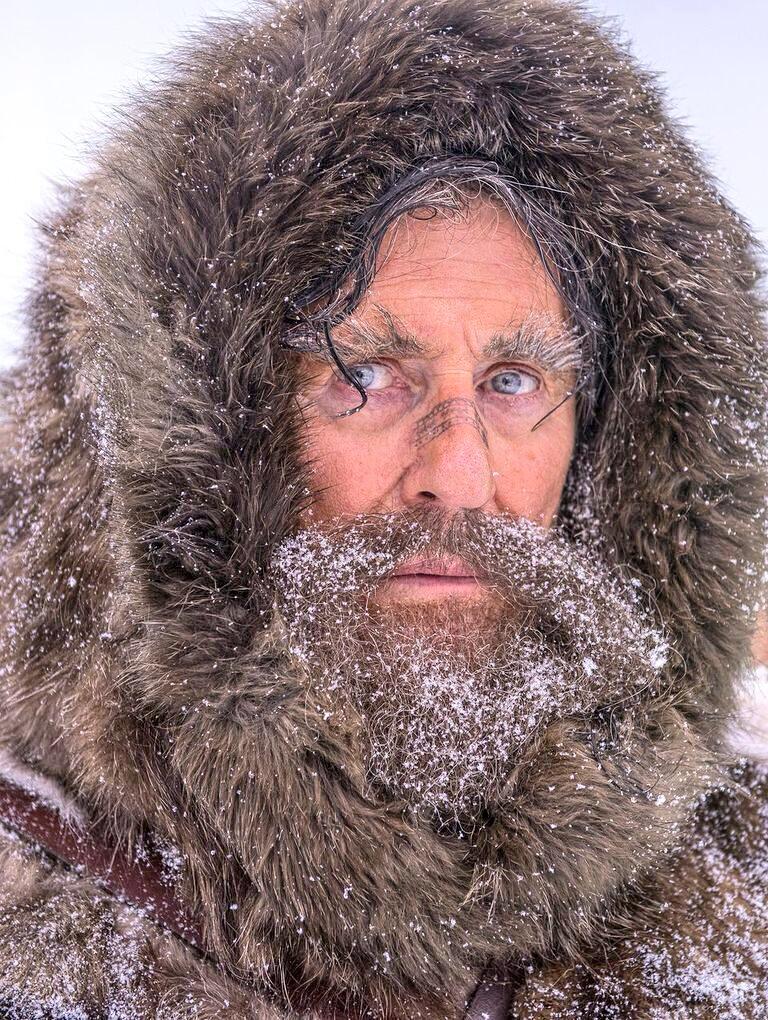 Full cast and crew, as of the publication of this posting, can be found at the IMDB entry for the film.

Cineuropa brought us up-to-date in May: Finse stands in for Greenland in Coixet’s “Nobody Wants the Night”

This time, Finse is standing in for early-1900s Greenland in Spanish writer Miguel Barros’ story of two women from two different worlds struggling to survive in an inhospitable climate. They are both in love with the same man, US explorer Robert Edwin Peary Sr, who in 1909 missed the geographic North Pole by five miles.

French actress Juliette Binoche stars as Josephine, waiting for the adventurer who prefers glory and ice to the comforts of an upper-class home – so does Allaka, an Inuit woman (portrayed by Japanese actress Rinko Kikuchi) who is expecting a child by Peary, played by Irish actor Gabriel Byrne.

Also shooting in Spain, France and Bulgaria, the Andrés Santana production with Antonia Nava (among others) for Spain’s Aiete-Ariane Films, together with France’s Canal Plus, “is one of the largest and most interesting productions we have hosted for years”, according to the head of the Western Norway Film Commission, Sigmund Elias Holm. 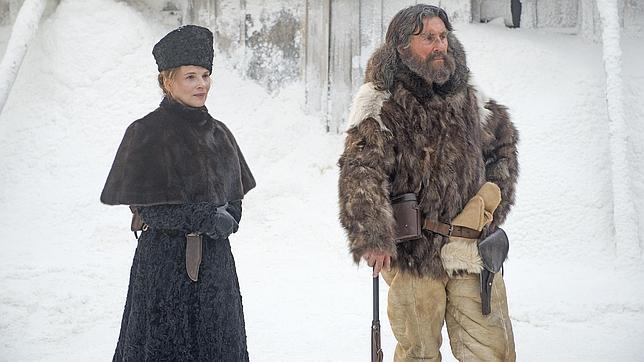 The Hollywood stars Juliette Binoche and Gabriel Byrne will arrive in Bulgaria for a new movie shoot in May-June.

Byrne who is known for films such as The Usual Suspects, Stigmata, and Oscar Award Winner Juliette Binoche (Chocolat, The English Patient) will star in a new movie called Nobody Wants the Night (Nadie quiere la noche) directed by Isabel Coixet…

The actors will shoot in Bulgaria until mid-June and will then leave for the Canary island of Tenerife.

On Twitter, actor Alberto Jo Lee shared some pictures of Mr. Byrne and others during filming in May, 2014: 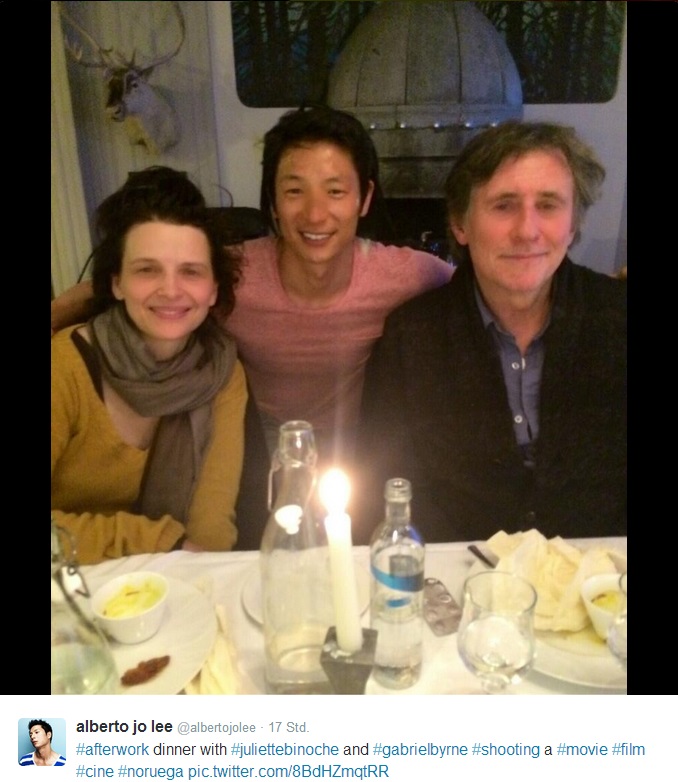 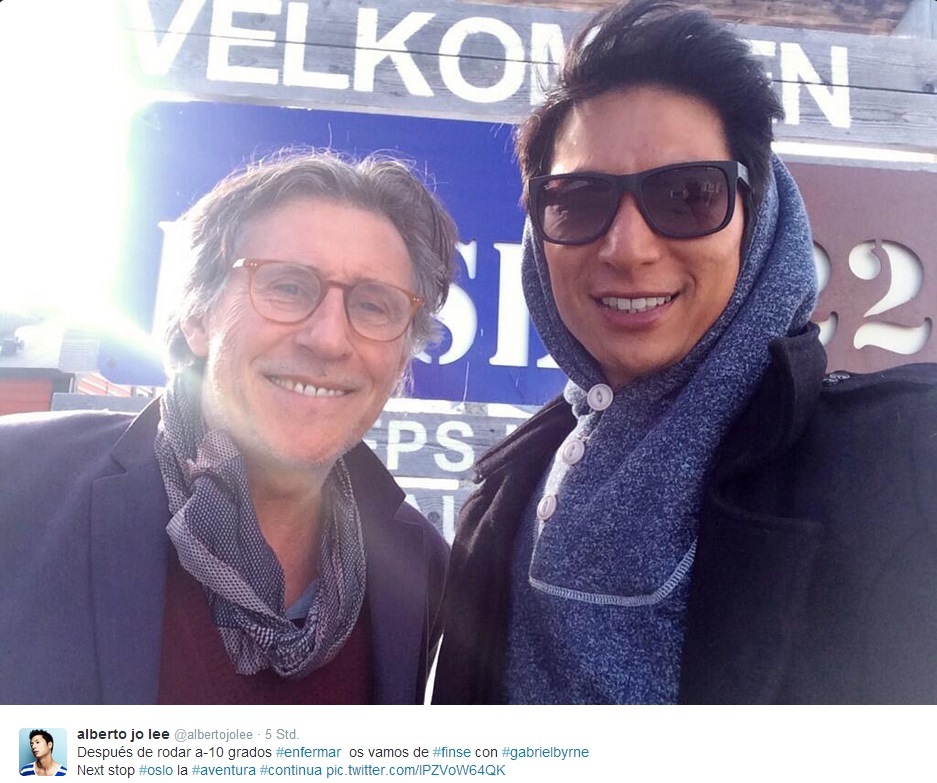 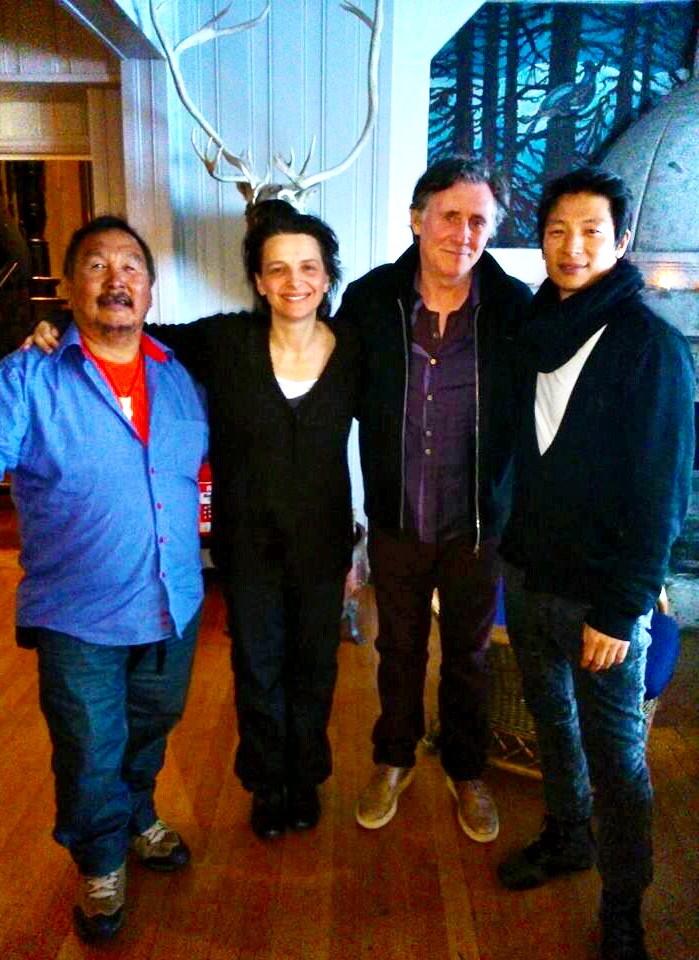 They don’t look too cold, do they? Although Ms. Binoche seems to have acquired some intriguing head gear…
Many thanks to Mr. Lee for sharing these with us!

And here is one from actor Ciro Miró: 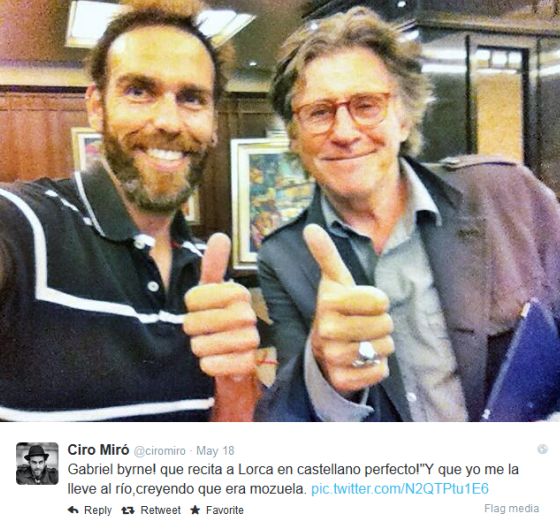 INSPIRED BY TRUE EVENTS
Greenland, 1909. Josephine Peary is a mature, proud, determined and naive woman, in love with celebrated Arctic adventurer Robert Peary, a man who prefers glory and ice to the comforts of an upper-class home. For him she will face all danger, even risk her own life. Another woman, young but wise, brave and humble – Allaka – is in love with the same man, and expecting his child. The relentless icy landscape both separates and draws these two women together during the long, tense wait for the man they both love in such different ways. «Nobody Wants the Night» is a story replete with the passion, dignity and strength of these two women as they battle to survive in one of the most inhospitable places on earth.”

You can view more of his photographs and projects at his main cinematography page. Mr. Azategui has worked on several films with director Isabel Coixet. 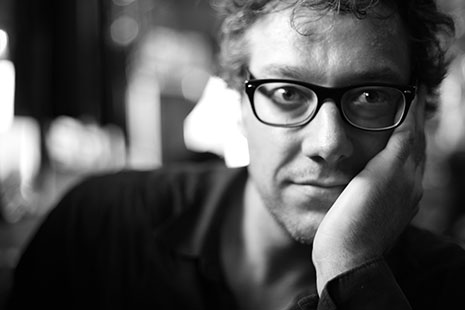 KFTV.com: Bulgaria next stop for Binoche and Byrne

Filming has recently taken place in the remote Western Norwegian village of Finse, a stunning location which has in the past doubled for the South and North Pole, the Northwest Passage and Siberia. Its most famous portrayal was of the ice planet Hoth in Star Wars: The Empire Strikes Back.

Sigmund Elias Holm of the Western Norway Film Commission told us that Finse was a great choice for the filmmakers as it can easily double for Greenland, and is snow secure till late May.

Nobody Wants the Night is certainly covering a lot of ground. The cast and crew are due at the main production office at Nu Boyana Studios, Bulgaria, next week, where they are due to shoot until late June. The production will then move to the Canary Islands.

Isabel Coixet is exactly the kind of director Gabriel Byrne seems to seek out these days: independent, European, committed, passionate about her projects, and unique. 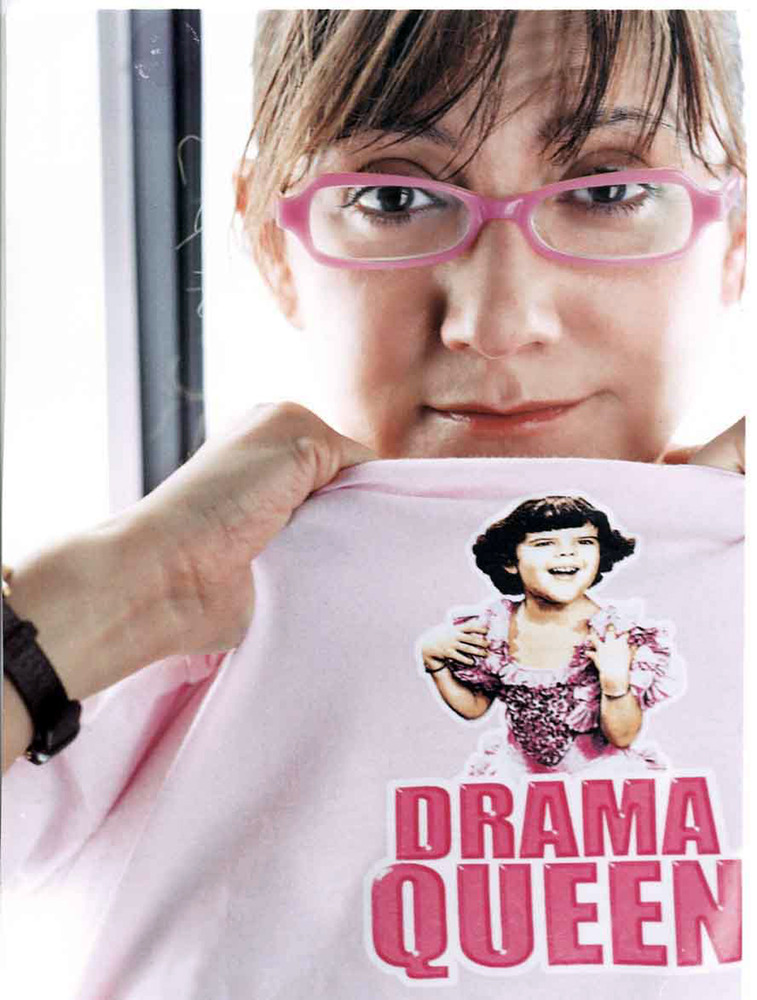 Anything complicated is now seen as poison at the box office. If Ingmar Bergman was around these days Il’m not sure that he would find the money to make any of his films. —Isabel Coixet

And my favorite film of hers so far is Elegy (2008). It will be exciting to see what she does with this new project!

Ms. Coixet visits some wonderful restaurants in her travels and she blogs about them (with incredible photos and music) at The Best and The Beast: 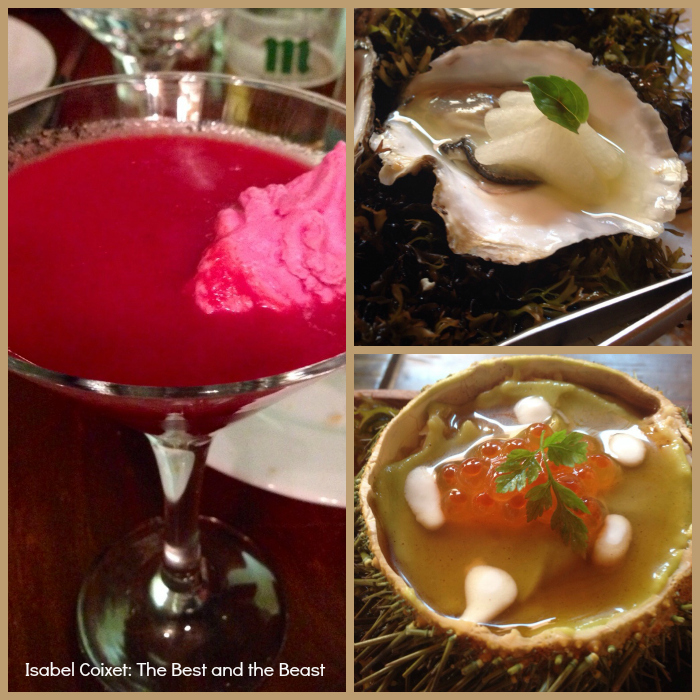 Nobody Wants the Night is in post-production now, with a UK release scheduled for 2015. More details as they become available!

Many thanks to Angelle and Moondreamer for Twitter and production photos. 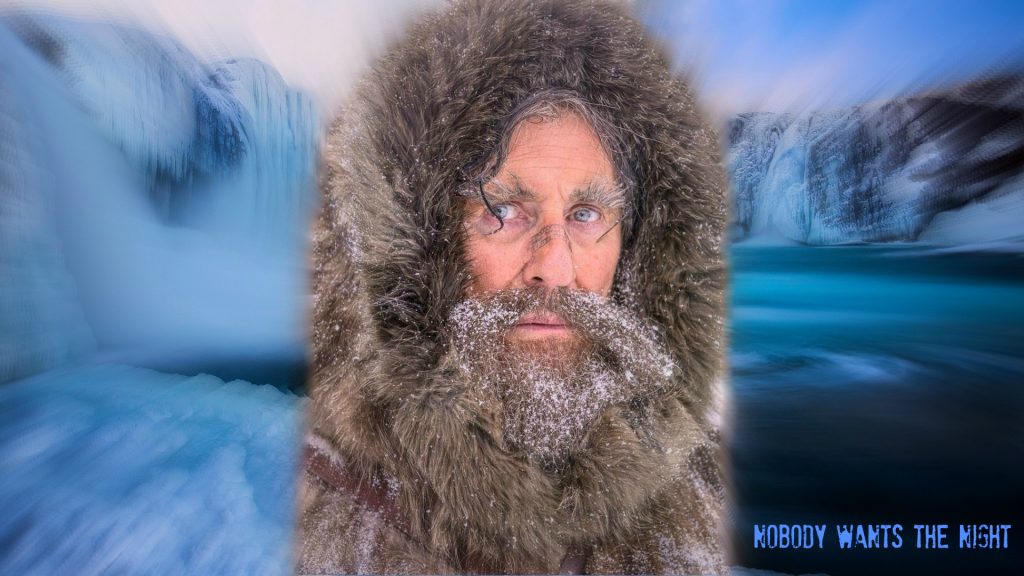