Nobody Wants the Night: An Update

A preview poster! Thanks to dohanlon for sharing this with us. 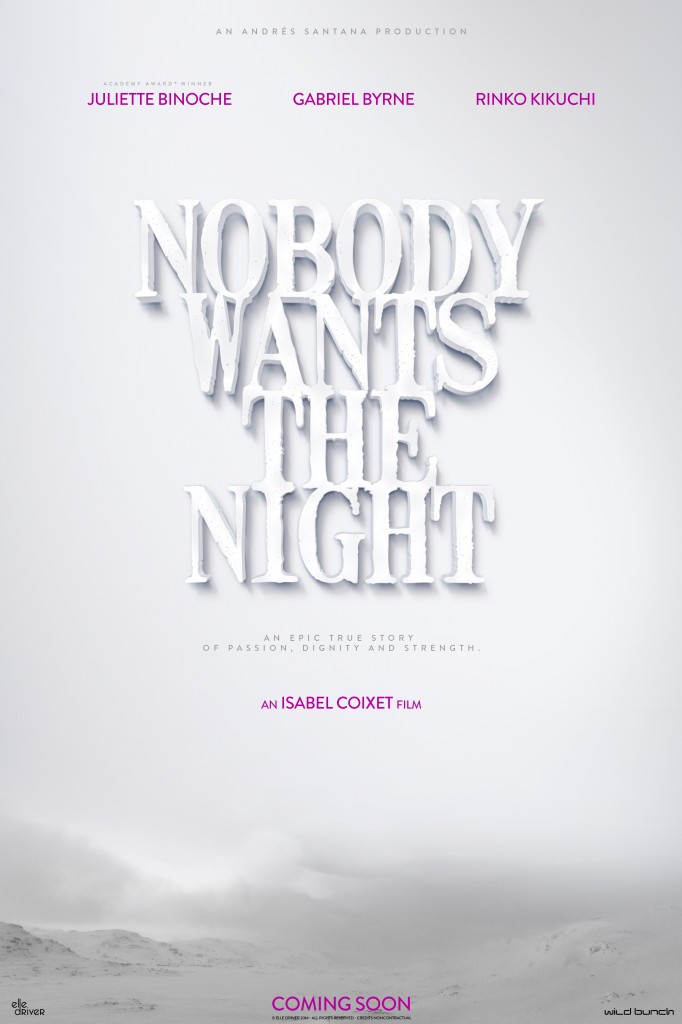 Apparently, this film is HOT!

As international sales companies arrive in Santa Monica, Screen correspondents profile a selection of key titles, at various stages of production, available in the market…Elle Driver will begin sales on journalist Cyril Dion and actress Mélanie Laurent’s documentary Tomorrow looking at ways to tackle the ecological crisis. Other hot titles on its slate include Isabel Coixet’s arctic love triangle Nobody Wants The Night, starring Juliette Binoche, Rinko Kikuchi and Gabriel Byrne; and Benoit Jacquot’s Diary Of A Chambermaid starring Léa Seydoux, both of which are in post-production.

Here is the behind-the-scenes video once again, which will have to sustain us until the official trailer is available!

Three screencaps from this video, with thanks to ByrnePerfection: