New to the Gallery!

Ebay has come through for us again! New to the Press Archive in the Gallery is the 2010 New York Magazine interview in which Emily Nussbaum (who writes about television for The New Yorker these days–you should read her!) interviews Gabriel Byrne about In Treatment. A little excerpt:

It’s a cold fall afternoon as we stroll from the studio to the Angelika cinema’s cafe. Byrne and I chat about the peculiar immediacy of modern technology, how it both deforms and expands identity. He tried Twitter for a full two hours, he tells me, before his daughter, Romy (one of his two children with ex-wife Ellen Barkin), made him stop. His first tweet: “Regret not the past, fear not the future. Percy B. Shelley.” Still, it’s clear Byrne’s heart beats faster for older styles of communication. He cherishes his fountain pen…”

The article includes one of my favorite images, by photographer Jeff Riedel (pardon the quality, but my scanner stuttered a bit with all this Byrne-ing goodness). 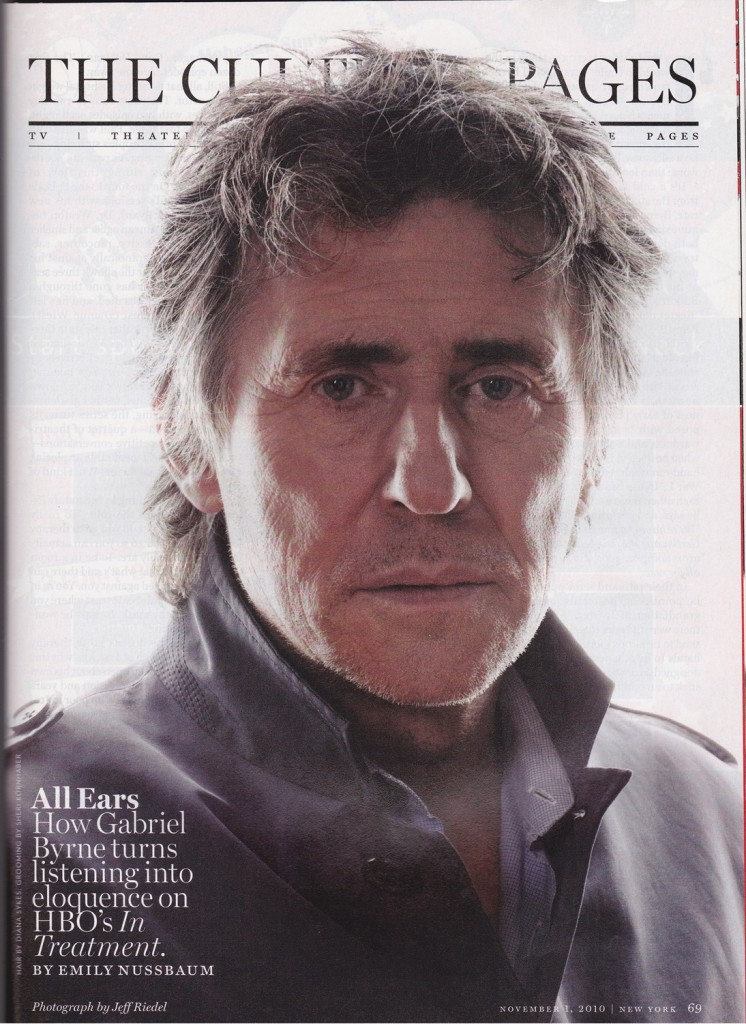 Thanks to Maxim over at Twitter, we have several new pics from the 2006 ad campaign for C. P. Company. The header image above is from this campaign, and here is another teaser: 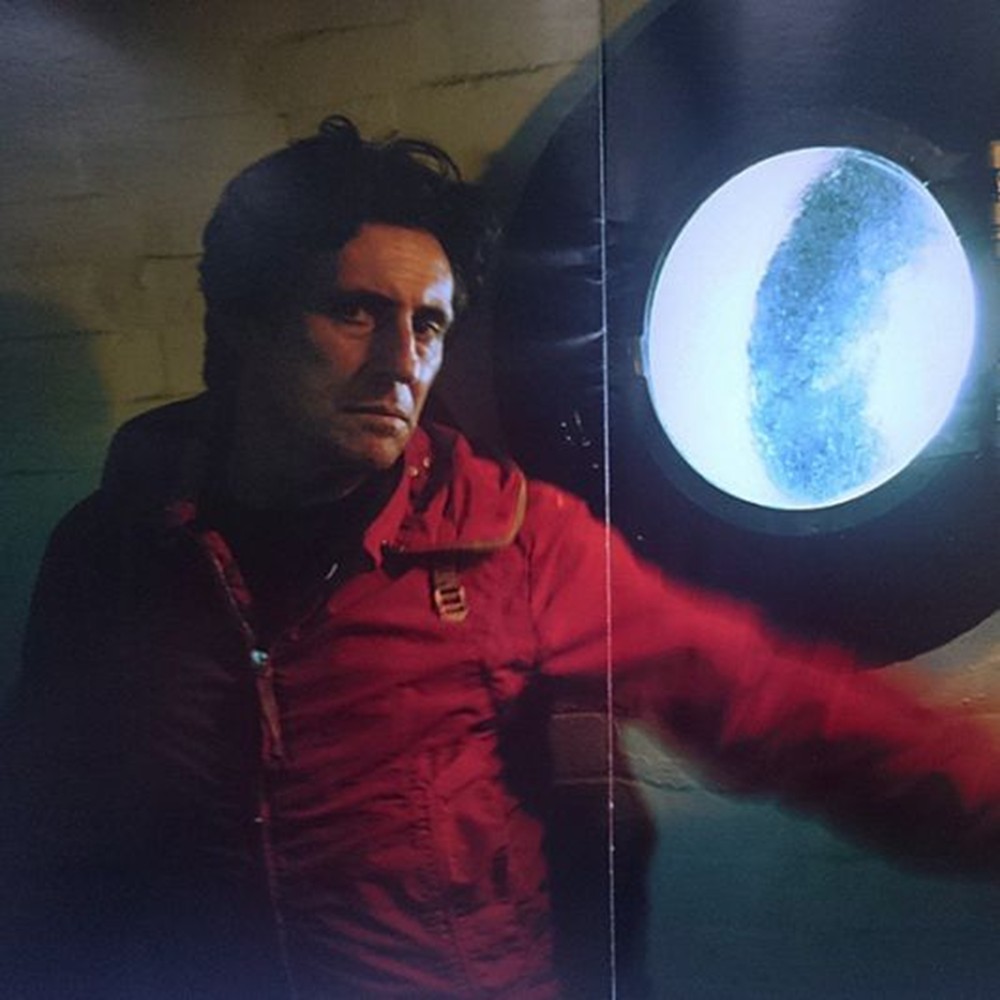 The image below is not in the Gallery yet, but I thought I would share it with you here. On November 12, Mr. Byrne attended the opening of Grand Concourse in New York City. Although he does not look particularly happy about it in this picture, I am sure he had a great time with his colleagues Marin Mazzie (from Camelot) and Lee Wilkof (they worked together this past summer on No Pay, Nudity).

More pictures of the event are available at BroadwayWorld.com. Many thanks to ByrnePerfection for this find!