Who knows when we will have an opportunity to read live tweets about a Gabriel Byrne television series again?

This posting is full of reactions to Elegy for April, the last episode of Quirke, my favorite of the three episodes, written by playwright Conor McPherson. He did a masterful job of adapting the book.

First, you will see the live-tweets from @ByrneingCutie (AKA Karen), who shares her thoughts about the show as it is airing, with a few observations from me. Many thanks to Karen for her contributions!

Next, you will find a selection of tweets–positive, negative, and in-between–organized by topic (because I am a librarian after all!) from viewers in the UK.

The last two reviews are included (one a yea and the other a resounding NAY) and information for the DVD that has just been released (yes, finally!) is provided. To close, I will tease you about my essay and the Quirke screencaps that will soon be coming your way.

This has been an emotional rollercoaster of a series: so evocative of the books and yet with its own style and voice. I have found it often powerful, sometimes tragic, and always riveting. I am sorry to see it end, but so happy that it has finally aired in both the UK and in Ireland. Can the USA be next? Let us hope!

In the meantime, check out the BBC One website for Quirke for more information about cast and crew and episode synopses! 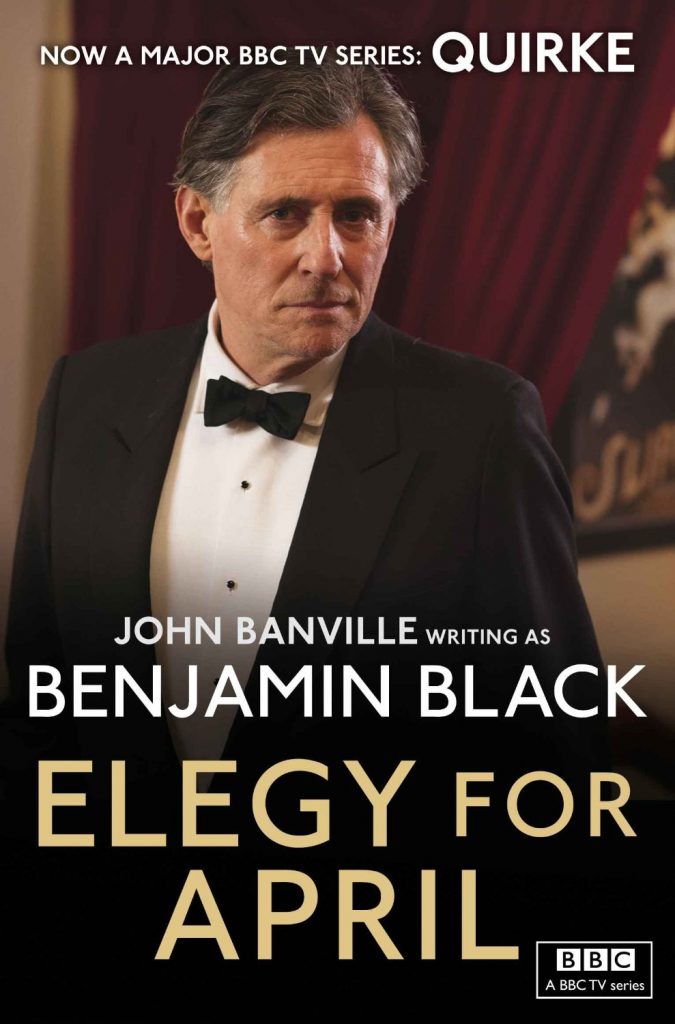 #Quirke is about to start… this is your 3 minute warning.

#Quirke is not in good shape…

This was so realistic I was shaking along with him!

Now #Quirke is on the proverbial Therapists Couch. #GabrielByrne swaps seats. I like the priest :-))

I love how evasive Quirke was with the priest. Just like Paul’s patients! wink

Oooh dress suit, bow tie and a white scarf! Now not many can carry that off #Quirke 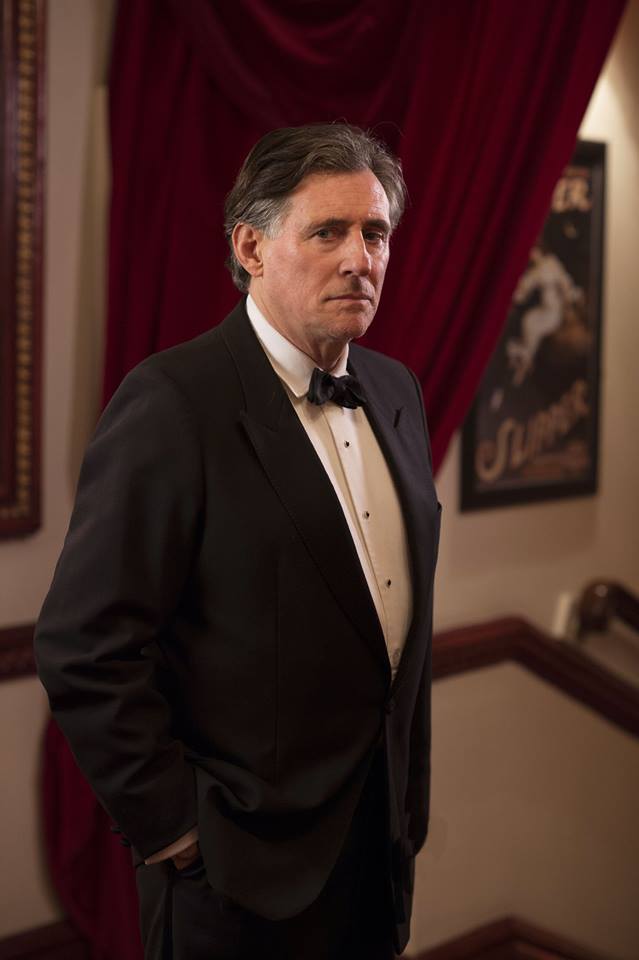 Two brothers having dinner and NOT talking about the important stuff. And feeding the dog at the table. Perfect.

#Quirke struggling to stay on the wagon…

That’s a double?? looks at least a treble… and #Quirke is about to get himself another lady.

Okay meet #Quirke in a bar, 5 minute conversation, straight up to her flat and…. that did not take long!

“Why don’t we both get the wrong idea and see where it leads us….” #Quirke

Favorite line of the evening! Oh, and the one about being “gallant…” Darn it. The one about “staying sober for someone.” Oh heck. All of ’em!

Like what they are doing with this one. Again, no need to have read the book. #Quirke

Oh Phoebe. What are you getting yourself into now? Oh dear.. #Quirke

Malachy Griffin is obviously not a man to be messed with either. #Quirke

So nice to see Dr. Griffin show his power!

The look on #GabrielByrne‘s face then.. unbelievable acting… he deserves an award for these scenes alone #Quirke

He was extraordinary in this episode. The writing was superb and he made it live. 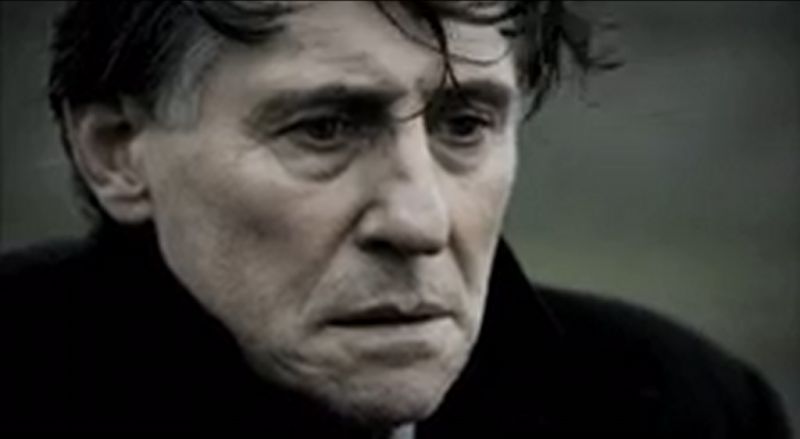 Wow! They cannot leave it there! They cannot!!!! There needs to be more! #MoreQuirke@BBCOne

#GabrielByrne is the most popular topic on my Blog at the moment :-)) Can’t think why LOL!

I’ve put an heart by those that struck my funny bone or touched my heart.

anticipation (including a lot of looking forward to Colin Morgan)

Helen Stanton @Helannsta · To #Quirke or not to Quirke, that is the question @maudie43 ?? I know it was a bit dark and mumbly but I sort of want to know …..

Ann Spencer @AnnSpencer4 · Last episode of #BBC1 #Quirke tonight. The papers have been unkind in general but I think it is good #OriginalBritishDrama

JaneBB @JaneBB · How good has it been to have Gabriel Byrne on Sunday night TV? #Quirke @BBCOne

Alison Fahey @nosila_63 · Been watching #Quirke for three weeks now and still no sign of Pauline.

Michael Lennon @Mikes_musings · This #quirke is shit. Slower than a turtle with a limp

justannie @annieandmorris · Is this the last ever #Quirke ? I do hope so

Beverley Smith @beverleys59 · Stuck with #Quirke to the very end. What was it about? Four and a half hours lost…..

Chakra Cakes @chakracakes · What #Quirke needs is a good cup of my chakra tea and a cake! smile

heart Pam Sabine @Pamisab · Whoever was in charge of the fog/smoke machine whilst filming #Quirke should have had it taken away from them.

heart Kathleen Donnelly @gypsyteacher1 · #Quirke Ok. I’d give him a big hug if he didn’t throw up on me…

Jojanneke v.d. Bosch @Jojanneke · The styling, the voice, the man. #quirke And fortunately thanks to @bbcone now sound quality as well.

James Whale @THEJamesWhale · It’s #Quirke @BBCOne It’s quirky but I like it.

Kathleen Donnelly @gypsyteacher1 · #Quirke The fabulous Dublin architecture is a major character in this. And the damn weather as well…

heart Lee @leelovesjerry · Loving Quirke on #BBC One smile Every frame reminds me of a Jack Vettriano painting. And I need a cigarette #Quirke #Art #painting

Patricia Blalock @PatBlalock · When they say there are dvd’s of ‘series 1’ of #Quirke, can we assume they’ll be a ‘series 2’? Hope so! Brilliant on so many levels.

heart John A Morrison @Clansman2 · the last #Quirke was the best. 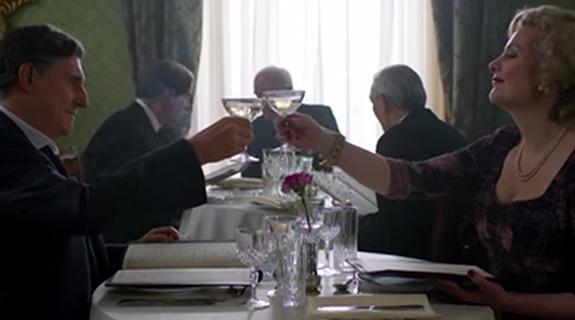 Maria Flynn @AveMariaMusic · Always been a fan of Gabriel Byrne, loved him in “the usual suspects” & he’s particularly good in #Quirke

heart Kathleen Donnelly @gypsyteacher1 · #Quirke Interesting. Shows the effect of all the Catholic Church crap on the men as well. And I still want to give Garbriel Byrne a big hug.

heart justine walshe @justinewalshe · I hope there is more #Quirke I could watch #GabrielByrne all night.

heart MOTOWN GOLDRUSH @motowngoldrush · #Quirke yeah, I enjoyed that. That Gabriel Byrnes still knows how to mumble a top line.

other characters, including Colin Morgan

heart Jim O’Hanlon @OHanlonJim · Just sprained my ankle playing for Yerbury Dads FC; thank Goodness for the finales of #Quirke and #Intheflesh on BBC tonight to cheer me up
(Note from Stella: Mr. O’Hanlon directed this episode of Quirke!)

heart rachael grace @flatlined_heart · watched all 3 episodes of #Quirke just to see Colin Morgan in the third episode, i have no idea what’s happened in it but…Colin Morgan!

heart Simon Mawdsley @revhorse · ‘Is there anyone you’d want to stay sober for?’ #alcoholic #Quirke

And to close, here are the #Quirke tweets from Alistair Canlin, aspiring writer. He hates the show, it seems, but he follows the plot and he is often quite funny in his disapproval!

Alistair Canlin @alcanlin · Any man who tips his fag ash into his saucer is definitely a cad, and most probably a bounder #Quirke

Alistair Canlin @alcanlin · If they cut out all the scenes where they drink tea, and stare into space they could easily make this 50 minutes long #Quirke

Alistair Canlin @alcanlin · You sent a sick note to your family in Ireland in the 50’s? “I don’t feel up to being your brother today, might be ok next week”

Alistair Canlin @alcanlin · Blimey! 10 minutes after failing at sobriety he’s seduced by an actress…. 50’s Ireland was rather racy #Quirke

Alistair Canlin @alcanlin · DEAR GOD! WHEN IS SOMETHING GOING TO HAPPEN? #Quirke

Alistair Canlin @alcanlin · Right. So far as I can tell, this episode is about a girl who might have disappeared, but might not, a randy actress and a drunken #Quirke

reviews (spoilers, of course, so be careful)

The Killing Times: Dissecting the UK’s Best Crime Drama on Television and Radio : a positive review

Throughout the three stories there has been an examination of identity. Who is Quirke? Where did he come from? Who is he now? Not only has Quirke himself been dealing with these questions, his daughter is now experiencing the same notions of displacement and disillusionment her father did when he found out his true parenthood. As ever, Quirke, at its heart, hasn’t been a crime drama at all – it has been the story of a dysfunctional family in mid-1950s Ireland, a place of heavy, ancient religious codes and repressed family secrets.

But it has been identity that has served as the underlying theme here. Family members who have been ripped apart because of secrets and lies have experienced that one, most precious thing being taken away from  them – who they thought they were and who they have been told they are. The grand tent of artifice that everyone constructs around them, the pegs hammered into the ground by their families, blown away by the storms of truth…

The Telegraph : a negative review

You sensed in last night’s episode that the director wasn’t particularly interested in the whys and the wherefores of the plot himself. Whether it was following some aesthetic credo or just because they couldn’t afford convincing Dublin backdrops, almost all of it was filmed with the camera right in the actors’ faces. In the case of Gabriel Byrne, a man whose face is an atlas of world-weariness, that’s understandable. But then you remember that Quirke is supposed to be a detective drama with a mystery to be solved in each episode. Here the mystery was: what happened to the storyline?

Well, mine is on the way, so never mind…

Seriously, you can purchase the 2-disk set at Amazon UK. It was released on June 9. It looks like this: 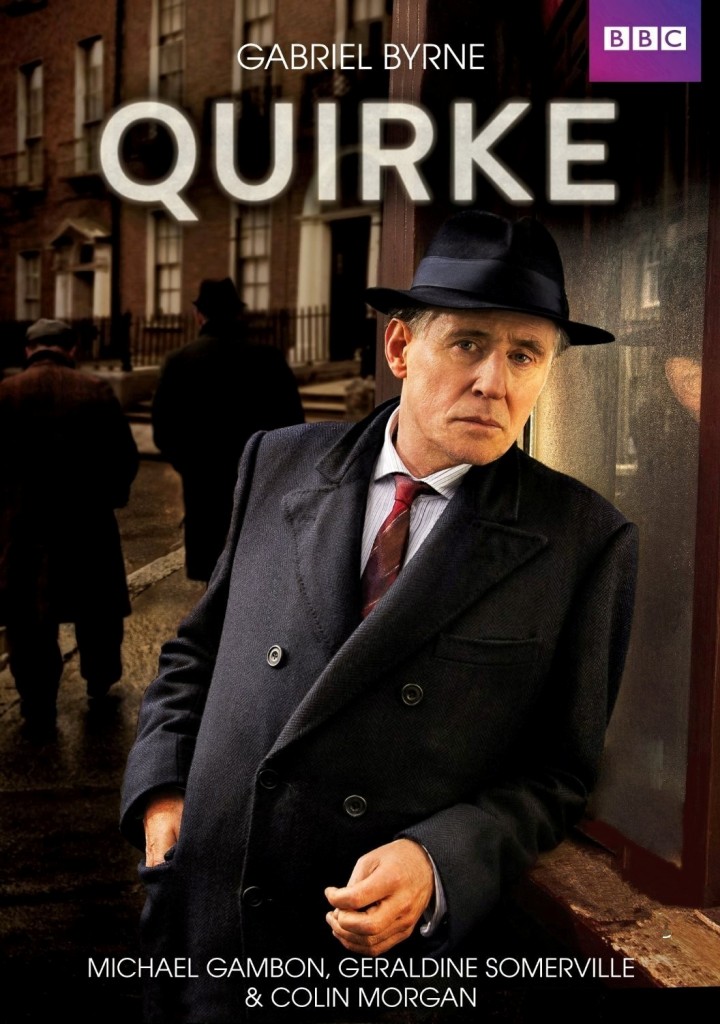 A Quirke essay is on the way. I will focus on the television adaptation of Benjamin Black’s book Elegy for April, comparing it to the book so you can see ways in which the television production captured the written word.

If you have any questions about Quirke that you would like me to think about and address, just let me know.

And once my DVD arrives, let the screencapping begin! There are shots of Mr. Byrne in this episode that I am dying to capture (no, not the one where he…well, you know–but lots more) that are just perfect representations of the character’s state of mind and Gabriel’s skill as an artist. I will let you know when those are ready. It will take some time, but someone has to do it, right!?

Don’t forget to leave a comment. Have you seen Quirke? What did YOU think?