The Irish Times has conveniently collected several essays about Yeats for your reading pleasure:

William Butler Yeats was born a century and a half ago, on June 13th, 1865. This collection of articles marks the depth of his engagement with Ireland and with his art, both as a historic legacy and as a living, changing force in the life of a country he might scarcely have recognised.

No Gabriel Byrne here, but lots of his friends and colleagues, so give it a read! 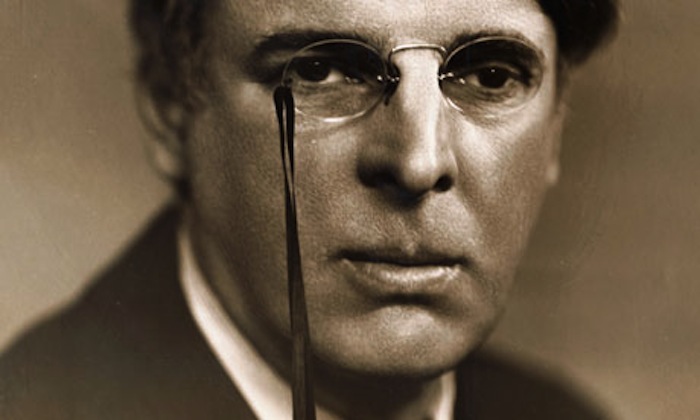 When I was in graduate school, I began reading Robert Parker’s Spenser novels. Spenser was a cool dude–a detective, to be sure, but such a literary and cultured guy, behind the broken nose and the fighter’s physique, and he and his friend Hawk proved an interesting and earth-bound diversion from the philosophical Romantic literature I had been reading. One of Parker’s titles for the Spenser series is The Widening Gyre (“Turning and turning in the widening gyre/The falcon cannot hear the falconer;/Things fall apart; the centre cannot hold…” from Yeats’ masterpiece “The Second Coming”). I remember thinking, as I looked at the cover of the book in the bookstore (yes, I still roamed bookstores in those days), that only Robert Parker would use a quote from Yeats as a title for a detective novel! I was happy to combine poetry and mean streets to while away an afternoon.

All of this is by way of saying: Yeats Lives! wink

We celebrate the 150th birthday of poet William Butler Yeats this year on June 13 and Gabriel Byrne is celebrating in a BIG way over the next few days (in two different countries!). I have grabbed the details for you:

The Irish Rep’s 2015 gala, hosted by Sarah Jessica Parker and Matthew Broderick, celebrates the 150th anniversary of the birth of W.B. Yeats, the Nobel Prize-winning poetic voice of Ireland and co-founder of the renowned Abbey Theatre.

A lover of the arts, Byrne has recited Yeats’ poetry for numerous recordings and events. Former RTE broadcaster Caroline Erskine will explore Gabriel’s life, his career and why he reserves a special place for Yeats in Ireland’s literary pantheon. This is going to be a very special event on a special anniversary…

And it is sold out!

This year’s event features a whirlwind tour through the episodes of Ulysses; a reading from the breathtaking Molly soliloquy by Terry Donnelly; as well as a section dedicated to W.B. Yeats in honor of the 150th anniversary of his birth, led by New Yorker poetry editor Paul Muldoon and featuring Colum McCann and Gabriel Byrne; and a special recreation of a BBC radio play interviewing Joyce’s friends and family directed by Neil Hickey. Hosted by Belinda McKeon.

As pics and possibly videos become available from these events, you can be sure you will see them here. In the meantime, I leave you with Gabriel Byrne and Martin Hayes–and Yeats. heart