After a spectacular three season run as Paul Weston in In Treatment, in addition to 2+ years of tireless service as Ireland’s first Cultural Ambassador, Gabriel Byrne embarked on a series of independent films and television series that would cover the spectrum: mysteries, thrillers, dramas, epics, fantasies–you name, he was trying it!

The first of these projects turned out to be one of the most interesting: a neo-noir psychological thriller/mystery/whodunnit set in London, with a very famous co-star and a first-time director.

The film I, Anna is based on the book by Elsa Lewin. Barnaby Southcombe, who also directed, took the screenplay in a different direction, though. He focused on the two principle characters and delved into their stories with tenderness and compassion rarely seen these days on the screen.

From the very outset, Barnaby Southcombe had only two actors in mind to play the lead parts of Anna and Bernie: Charlotte Rampling, an actress known for being bold and taking risks, and Gabriel Byrne, with his capacity for bringing depth and compassion to a complex character. The director explains:

I couldn’t imagine doing it without either of them. As much as I was prepared to look at other actors for other important roles, in as far as cinematic partners go, it’s really important that even beyond the film you want to see two people get together. And for me it was very much a meeting of those two actors as well. That is why it was so important not only one but both of them would do it. I said I wouldn’t do the film without them, so thankfully they both agreed to do it. 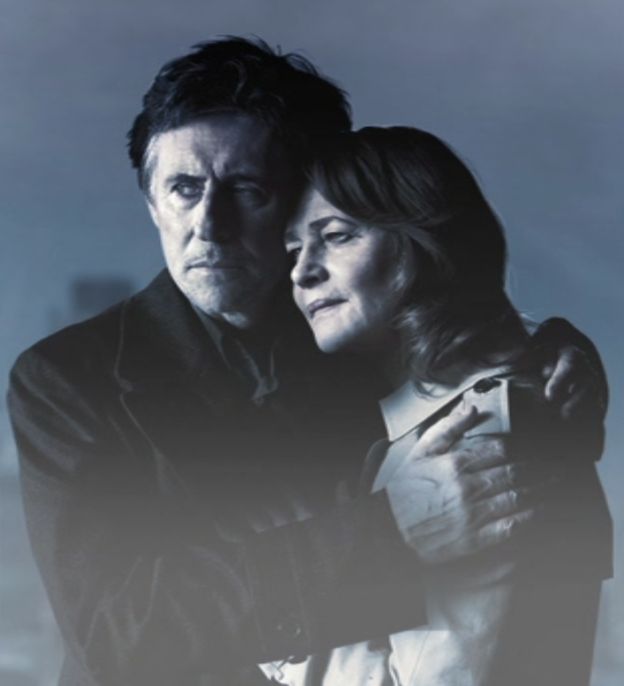 Mr. Byrne’s character, DCI Bernie Reid, is not cut from the traditional police detective’s cloth. He is quiet and thoughtful, burdened by unknown cares and worn around the edges. While there is not a speck of violence in him, there is a great intensity–once the mystery is discovered, he will go to any lengths necessary to get at the truth, but only on his terms, damn the paperwork and the colleagues who question him. It is a wonderful role for an actor who knows how to telegraph feelings. His partner in this story, Charlotte Rampling, is also someone who knows how to look the camera in the eye (see The Look) and together they create an understated subtext for Bernie and Anna, a subtext of adult feelings, lost dreams, and muted desires. Their work together is very special and a real treat for Gabriel and Charlotte fans!

You can purchase the DVD at Amazon UK and also check your video-on-demand (Netflix, iTunes, Amazon) sources to see if the film is available.

The I, Anna Mega Movie Page brings together the usual blend of promotional images, posters, screencaps, reviews, and interviews. In addition, there are several film clips, a featurette, and a deleted scene, courtesy of the director himself! Oh, and my essay of course. smile This film holds a special place in the hearts of Byrneholics as the first of many intriguing characterizations Gabriel took on post-In-Treatment. Enjoy the film and enjoy the Mega Movie Page!