Devin Druid is a young actor who is going places. And fast! Already a veteran of film and television, including roles in HBO’s Olive Kitteridge and Louis CK’s series Louie, Devin appears this year opposite Gabriel Byrne and Jesse Eisenberg in director Joachim Trier’s third film, Louder Than Bombs.

Devin is on Twitter and Facebook. He also has a cool website. He was featured in French Vanity Fair as one of ten revelations at the Cannes 2015 Film Festival. We are going to see this young man in lots of projects in the future, no doubt about it.

He kindly agreed to an email interview and here is our conversation. One thing Devin and I have in common? We are both looking forward to the release of a new videogame, Fallout 4, in November! wink

Many thanks to Devin for taking time to talk with us!

STELLA: You are a very talented young actor with a promising future who has already accomplished so much. Do you have a master plan for the future? A long-term goal in mind? A big dream for your career?

DEVIN DRUID: I wouldn’t say I necessarily have a plan. Like all actors, I guess the real goal is to eventually make this into a career and be able to do this for the rest of my life! And ever since I was a little kid, my one life goal was to be able to make a living doing something I love, so I guess that would be my long term goal.

STELLA: Are you still in school? What are your favorite subjects? Interests/hobbies? Do you play video games like Conrad does in Louder Than Bombs? (I am a gamer–Fallout 4 is on my wishlist!)

DEVIN DRUID: I’m actually NOT in school anymore! I graduated from high school 2 years early, which helps out a lot with travel as well as work schedules. When I was in school, I actually really enjoyed Math, Science and English. I was always really good with numbers which made math pretty easy for me, and I’ve always had a fascination with all kinds of sciences; specifically physics! I always loved writing stories as well! Creating characters, developing plots, etc. So English was always a great class for that. I have various different hobbies outside of acting. I actually used to sing in a band and loved performing with my school’s chorus group, which is what I believe helped grow my love for performing and dramatics. I was also a long time lacrosse player, and in my downtime I’m usually watching anime, or reading different manga and comic books. Like Conrad, I am a HUGE gamer! I really enjoy my first person shooters, such as Destiny, but I also REALLY enjoyed The Last of Us, and I’m almost done with Batman: Arkham Knight! I just have to complete those pesky side challenges and take down The Riddler. wink

E3 (note from Stella: E3 is an important videogame and entertainment exposition in the USA) was fantastic and I’m super excited for all of the new games coming soon! I’m specifically looking forward to StarWars: Battlefront 3, The Final Fantasy 7 Remake, Fallout 4, Call of Duty: Black Ops 3, Uncharted 4, and OF COURSE, Kingdom Hearts 3! 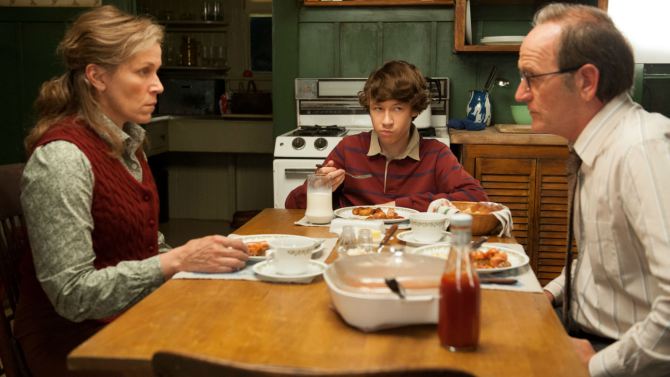 STELLA: In the HBO mini-series Olive Kitteridge, you worked with two of my favorite actors: Frances McDormand and Richard Jenkins, as well as John Gallagher, Jr. (who happens to be starring with Gabriel Byrne on Broadway this spring in Long Day’s Journey Into Night!). Unfortunately, I have not seen this yet and many Byrneholics have not had a chance to see it (we are an international group of fans from all over the world). Please tell us a bit about it and what your role is in the show.

DEVIN DRUID: I play the younger version of Olive and Henry’s son, Christopher. He’s pretty much a smart mouthed brat that’s fighting for his mother’s attention and praise. The older version of my character is then played by John Gallager Jr. who is fantastic!

STELLA: Is Louis CK the Man or what!? Give us the scoop on jumping into his show. That must have been exciting!

DEVIN DRUID: Louis is incredible! Such a very kind and caring person. The story of my 2 episodes were actual real life events from Louis’ life, so I was a little nervous going into the shoot. I wanted to make sure I played everything as natural as possible since he actually lived it! And he does so much for his show too! Not only does he write and direct, he also produces and edits his episodes as well! It’s crazy! Overall, I met some absolutely incredible people while working on the show, and it really helped to mold me into a better actor and gain a lot more experience. 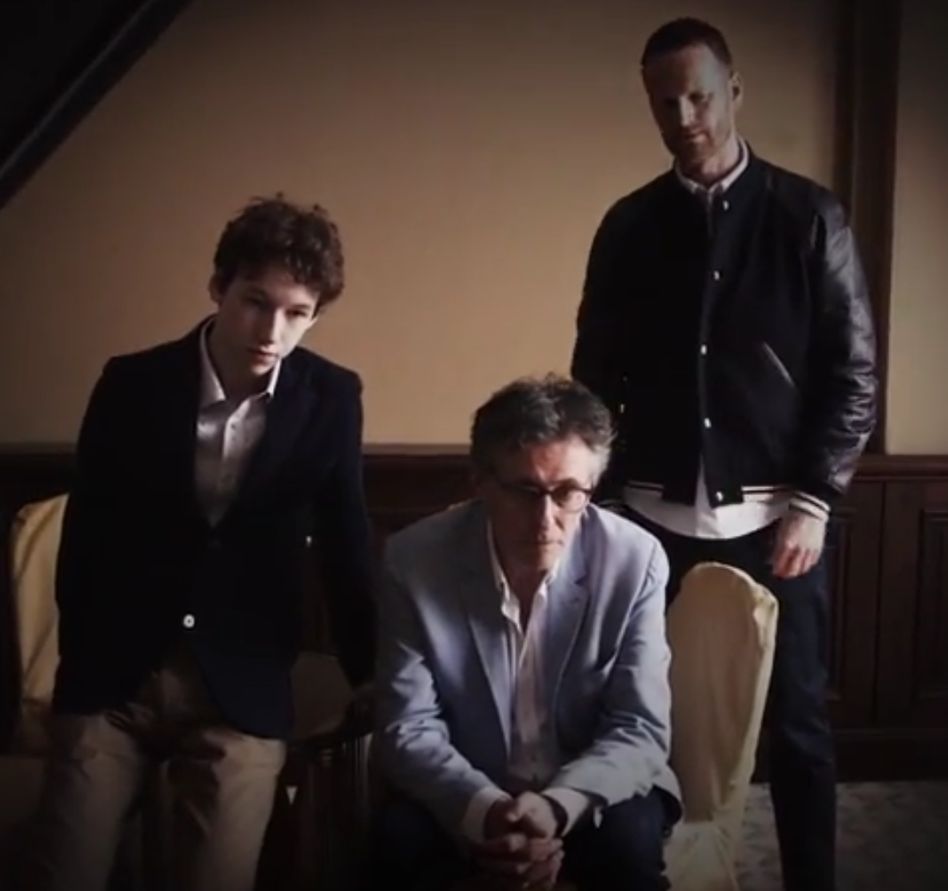 STELLA: In Louder Than Bombs, you worked with some incredible actors: Isabelle Huppert, Jesse Eisenberg, Gabriel Byrne. And you worked with an amazing director: Joachim Trier. Your performance has been noted by several critics as a special achievement in the film. What was this high-powered experience like? Intense? Challenging? Scary? Everyone is so excited to see this film!

DEVIN DRUID: Louder Than Bombs was fantastic. I’m always a little nervous stepping into a project with such incredibly talented people on board. Will I be able to hold up? Will they look down on me? Will I screw up? It’s always a little shaky for me first going into it, but I have been so fortunate to have had such incredible people around me that are so kind and supportive. After the first day, it’s almost like we’ve been working for weeks! There were definitely some intense moments. I really like to fall into my character and really become who they are, so I truly feel some of these more emotional scenes. But like I said, I have had so much support and that’s all I could really ask for.

STELLA: Byrneholics need to know: What was your experience working with Mr. Byrne? In one of the teaser trailers, you have a very emotional scene with him. How did you two work that out?

DEVIN DRUID: He is absolutely fantastic. I remember my first day on set, we actually had a scene with a fake baby, so when we were let off for a short break, he brought me aside and conjured up a prank where he had someone video tape us throwing and dropping the baby on his phone. That’s gotta be one of my favorite memories of working on any project! He still texts me to see how everyone’s doing every once in awhile! He’s someone I consider a very close friend and a mentor as well. He’s helped me out quite a bit!

Ah, yes, the plastic bag scene. Luckily for us, our incredible director, Joachim, had some time before the shoot to rehearse how we were going to setup certain scenes, and that scene was one of them. It was a very emotional scene for both us, but I think it came out great and as an actor, you have to learn to separate yourself from those moments when the camera stops rolling.

STELLA: At the Cannes Film Festival, during the Press Conference, you gave a big shout-out to your mother and called her “Super Mom.” Can you say more? How does your mother support your dedication to your craft?

DEVIN DRUID: My mom does everything for me. Seriously. She’s constantly reminding me about emails, printing sides, rehearsing scripts, ironing audition shirts, planning hotels, packing clothes, setting alarms. The list could go on and on and on. There’s not many people that I believe would drop everything in their life, give up everything for something that may or may not come to fruition for their kid. But she did that, and I cannot thank her enough.

STELLA: Continuing with Cannes: At the festival, you were so polished and professional. You also seemed to be enjoying all of the proceedings: photo call, press conference, the Red Carpet. This was your first big festival, yes? Was it everything you expected it would be? Did anything happen that really surprised you? And tell us about the socks you wore on the Red Carpet!

DEVIN DRUID: I had seen pictures of past festivals at Cannes, but actually being there was just so incredible. It was very very surreal. I never thought that I’d be in France, in a Yves Saint Laurent tuxedo, on the red carpet, being photographed for a film premiere. I honestly wasn’t very nervous at all. I was very calm the entire trip!-that is, until just seconds before the car pulled up to the red carpet. That’s when the anxiousness kicked in. But I managed to settle down, and that night is one I’ll never forget. AND YES! MY LUCKY DRESS SOCKS! Those are my favorite dress socks of all time! Like I said before, I’m a huge comic book fan, and Spider-Man has always been one of my favorite comic book characters, if not my favorite fictional character of all time! I had to show a little bit of nerdiness under all that prim and proper! wink 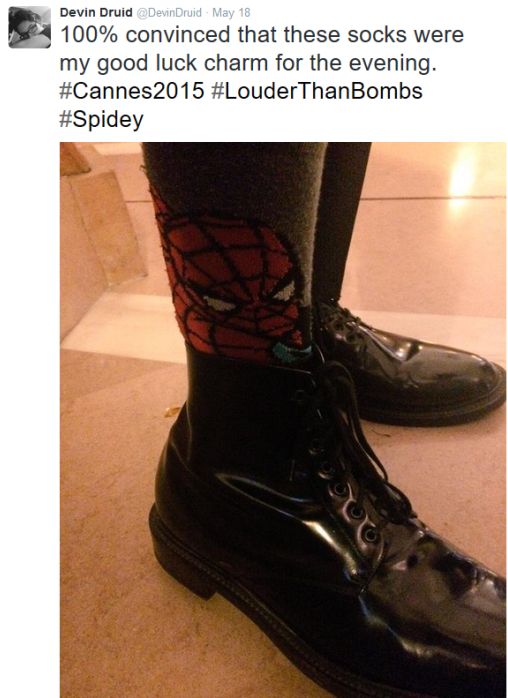 STELLA: You have been involved in other projects in addition to those I have mentioned. Can you share with us which one stands out for you or is the most memorable?

DEVIN DRUID: Louder Than Bombs has to be the most memorable as of right now. There were just so many great moments I experienced and so many incredible people I met. And my journey for that film still isn’t over just yet!

STELLA: You are working on a new film based on Shakespeare’s Macbeth! Is it too early to say anything about it? Some actors shy away from “the Bard.” How are you finding it?

DEVIN DRUID: Yeah! I worked a little bit on small, modern day version of Macbeth with Angus MacFadyen. I don’t wanna say too much about it, but there was a lot of blood and it was FREEZING COLD while working. bigsmile It was an enjoyable shoot and I’m glad I got to work on it!

STELLA: That’s all! Hope you have fun with this. I sometimes sound more serious than I mean to. This is really meant to be fun. LOL Thanks!! heart

DEVIN DRUID: Thanks so much for having me! I really appreciate it! bigsmile 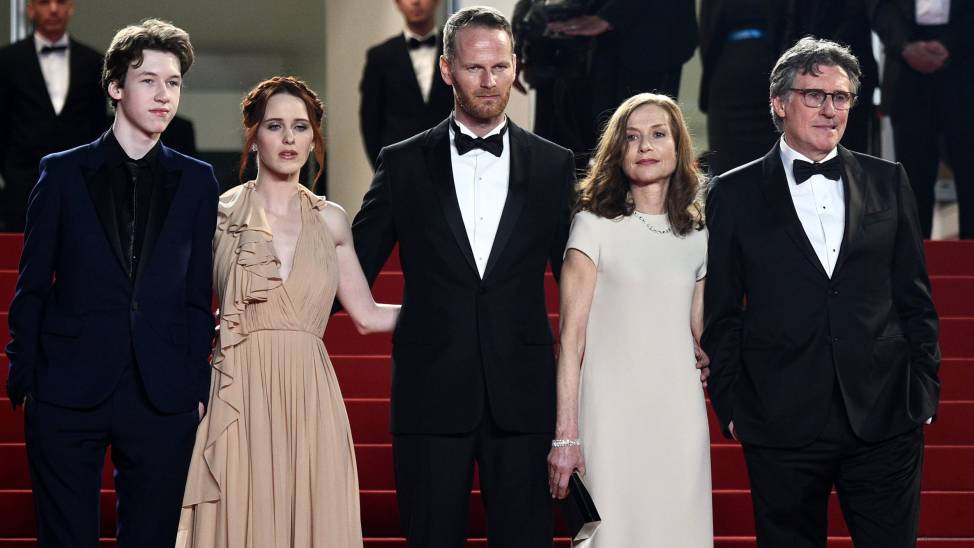