“John Ford: Dreaming the Quiet Man” Blu-Ray on the way!

Just a little late for St. Patrick’s Day, but that is okay!

Please note: This item is no longer available for sale at Olive Films, but the DVD and the Blu-ray can be purchased at Amazon US, as of August, 2020.

Doyle’s documentary features interviews with film notables including leading lady Maureen O’Hara and directors Martin Scorsese, Peter Bogdanovich and Jim Sheridan, who share the indelible impact that the film has had their lives and influenced their careers. This revealing behind-the-scenes look at the making of Ford’s classic is highlighted with rare and never-before-seen home movies documenting the cast and crew’s time filming in Ireland.

Narrated by Gabriel Byrne, John Ford: Dreaming The Quiet Man provides viewers with a unique glimpse inside the making of a time-tested classic. 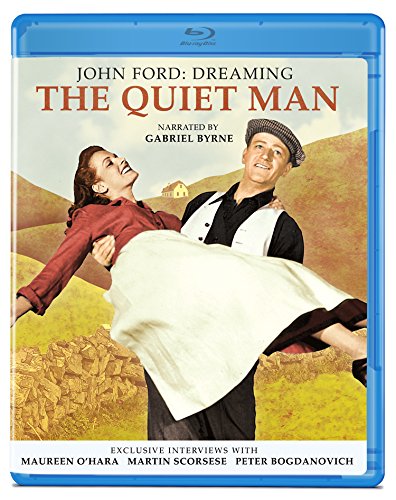 Specs haven’t been revealed yet, but supplements will include: Bonus interview with Maureen O Hara, and Deleted Scenes.

And the poster for the original theatrical release in Ireland in 2010: 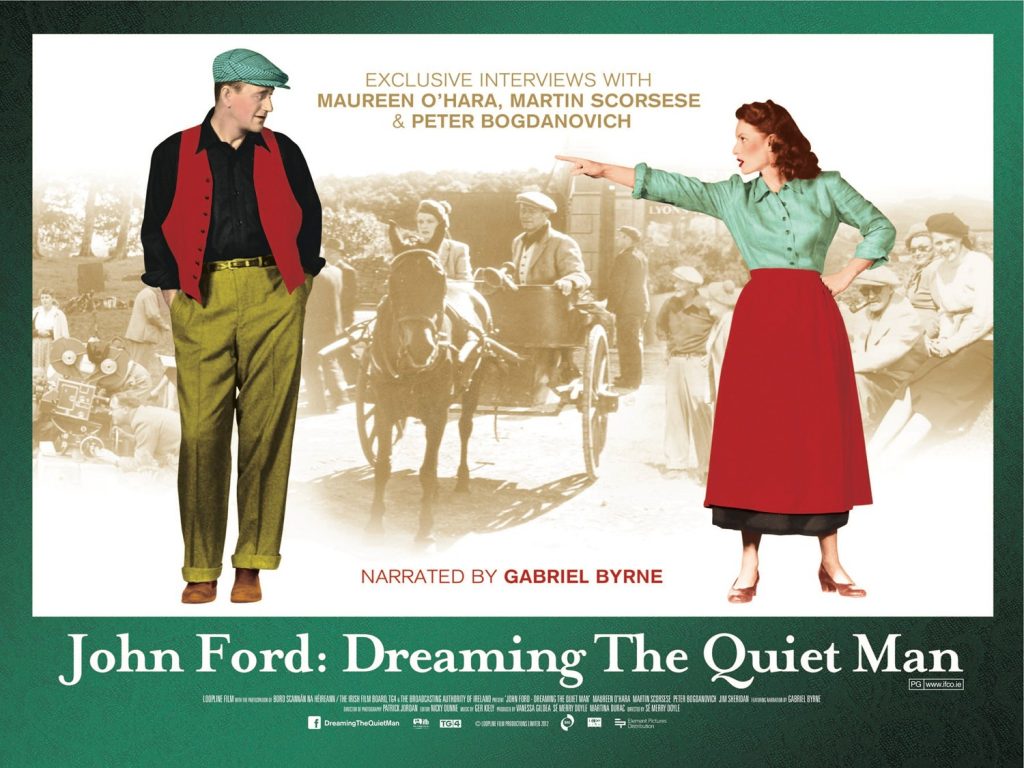