NOBODY WANTS THE NIGHT : 65th Berlinale Program and Schedule

Note from Stella: In 2022, Berlinale website removed all of its past program archives except for the most recent four years, so I have disabled all of the links below. 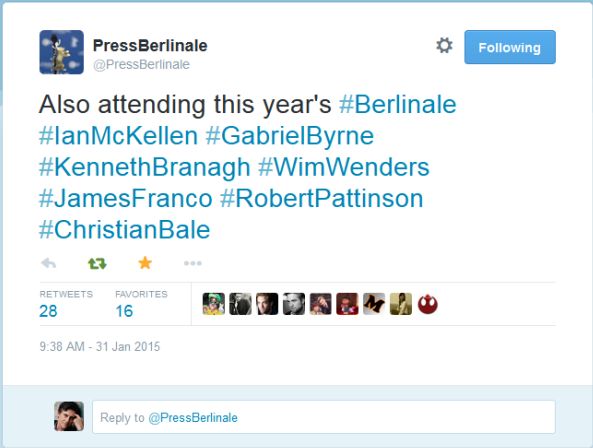 Here is a better quality promotional image of Mr. Byrne in the film. Many thanks to my friend, Anonymous! 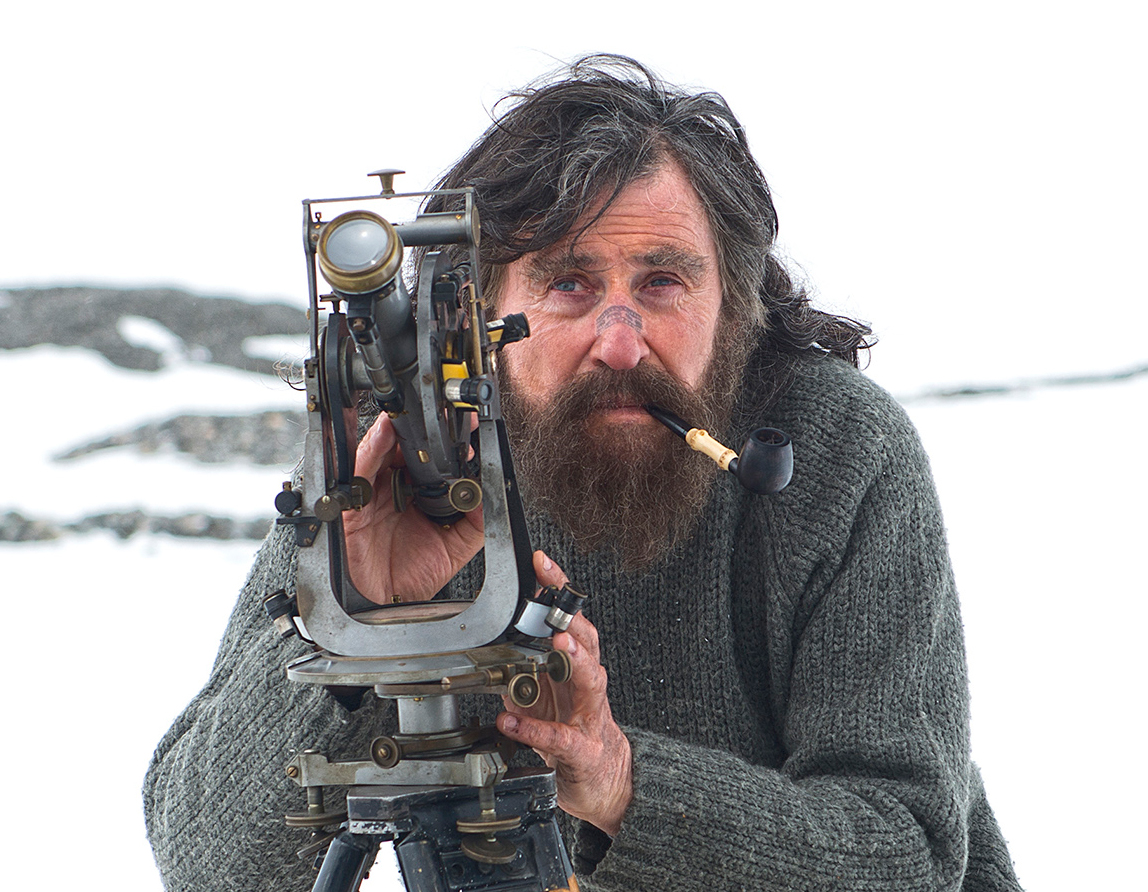 Gabriel Byrne in “Nobody Wants The Night” 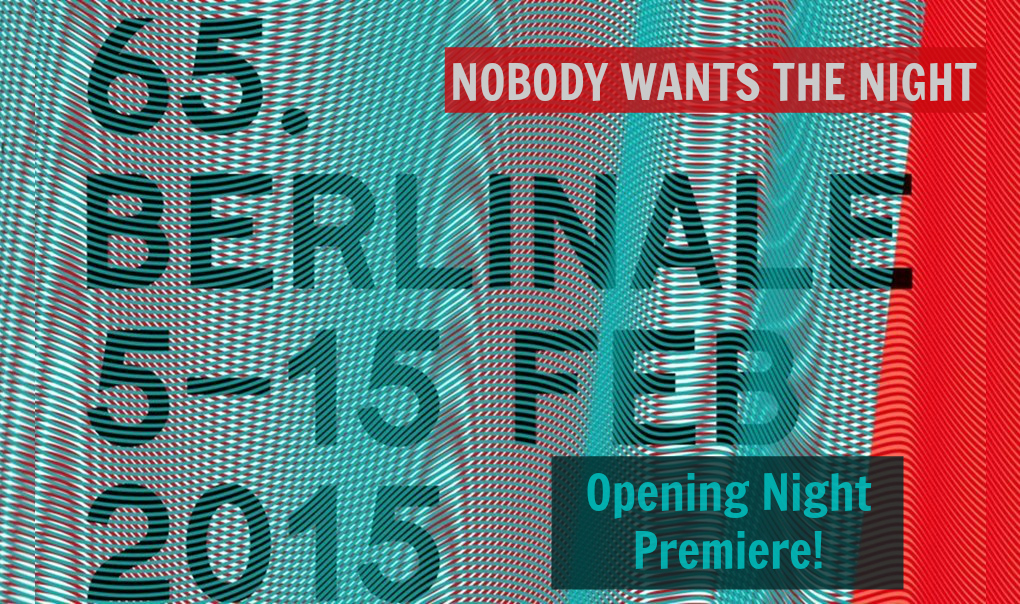 The Programme for the 65th Berlinale is out!

The Berlin Film Festival opening night premiere on February 5 is Nobody Wants the Night and apparently there are TWO showings of the film that night, one of which includes a Live Stream of the Opening Ceremony! No news on the possible attendance of Mr. Byrne at the festival, but the director, Isabel Coixet, and star Juliette Binoche are sure to be there.

The film will show on multiple days during the festival.

Here’s the programme page with all of the information you need: 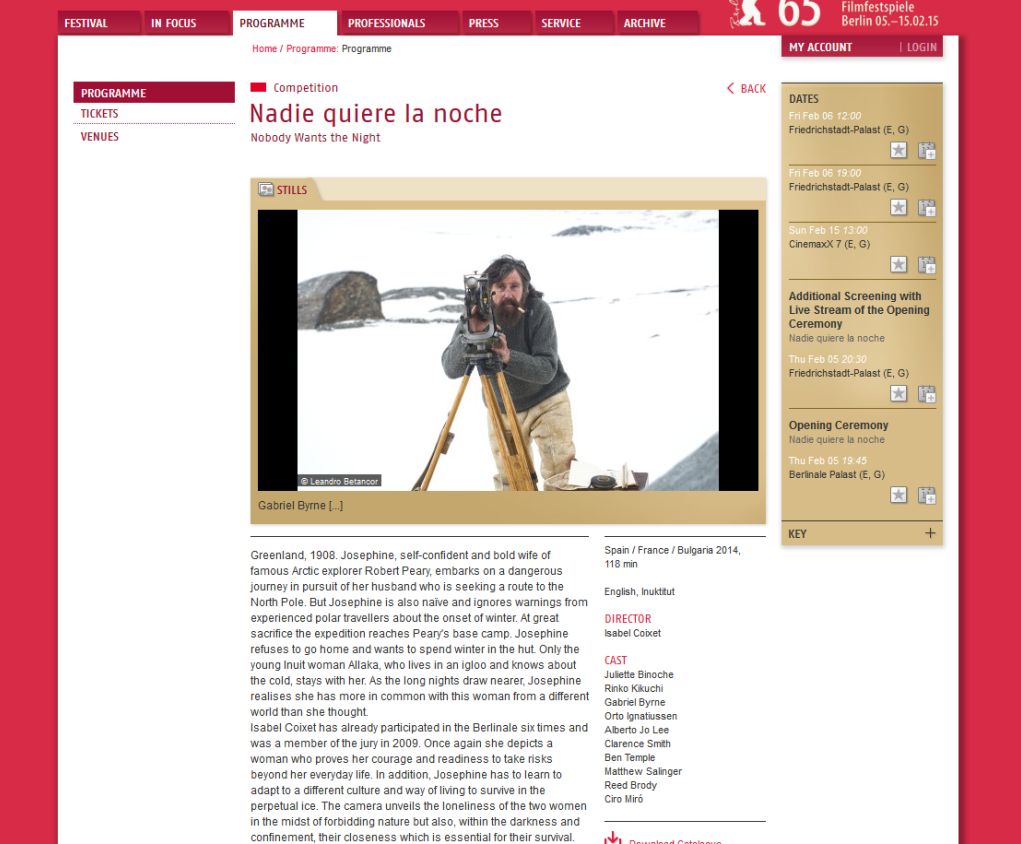 And here is the film information from the Competition section of the program: 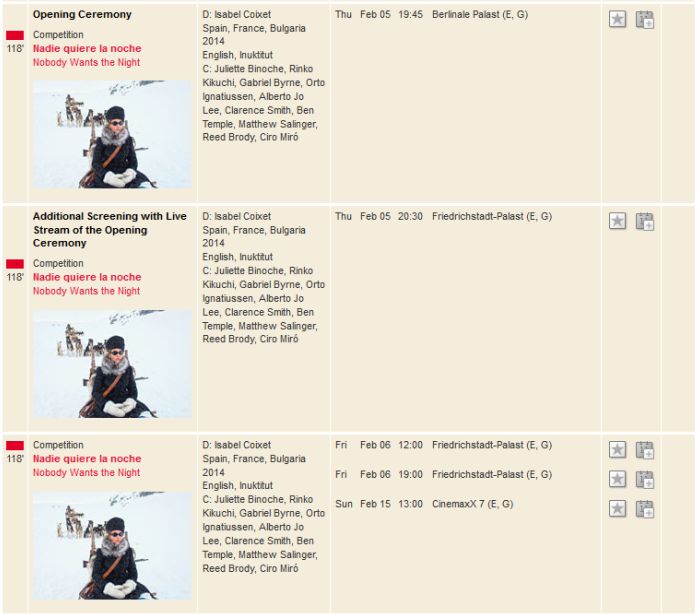 Last, but certainly not least, a new production still! 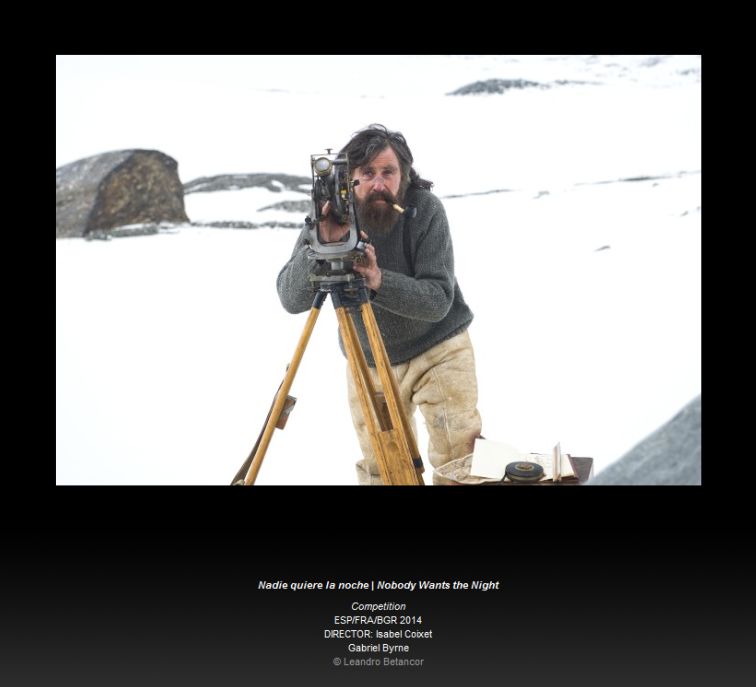 Stay tuned here for more Festival News. Byrneholics everywhere are so excited to see this new film! The big question, though: Is Gabriel Byrne playing explorer Robert Peary? Some of us think so, but official sources are saying NO, he is playing a character named Bram Trevor, who seems to be a tracker or guide.

What do YOU think? wink

P.S. That is the official 65th Berlinale Poster up there at the top (with my little info boxes added) and the other screenshots are, of course, from the newly released Programme–thank you, Berlinale 2015!