NOBODY WANTS THE NIGHT: Gala Premiere and Red Carpet!

The main page for the film at the Berlinale website is now part of the archive and offers pictures and videos for the press conference and the red carpet event, as well as stills from the film.

And, of course, the Gallery here at Byrneholics is now full of pictures from the Press Conference and the Red Carpet, along with some fan pics as well. 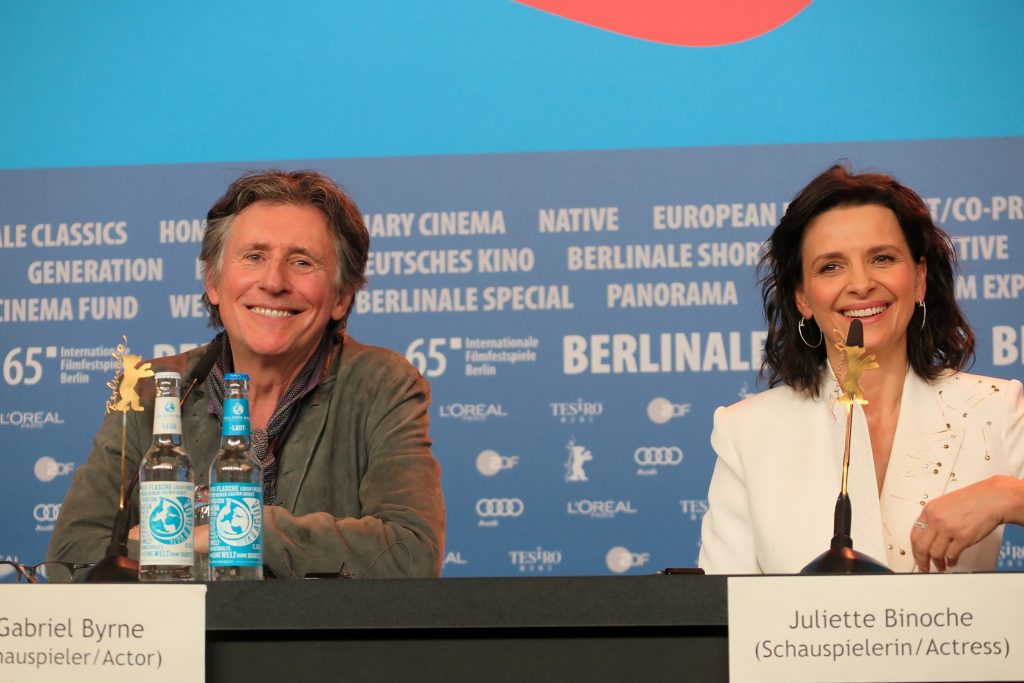 It is official! Gabriel Byrne, director Isabel Coixet, and colleagues Juliette Binoche and Rinko Kikuchi will all be on hand to present the Opening Night Premiere of Nobody Wants the Night at the 65th Berlinale on Thursday, February 5!

Following the Opening Gala, Isabel Coixets Nadie quiere la noche (Nobody Wants the Night) will have its world premiere. The Spanish director and the stars of her film, Juliette Binoche, Rinko Kikuchi, and Gabriel Byrne will all be at hand to present the film in Berlin.

The Press Kit offers the following synopsis for the film:

“Nobody Wants the Night” is the story of a high society woman from the United States, Josephine Peary (Juliette Binoche) who, in 1908, decides she wants to join her husband, explorer Robert Peary, and share in the glorious moment of discovering the North Pole. Although everyone, and especially Bram (Gabriel Byrne) – an experienced explorer –, warns her of the dangers lying in wait for her, Josephine Peary embarks on this risky venture without heeding anyone, accompanied by Bram and two Eskimos. The film narrates the epic trek of this woman through one of the most inhospitable places in the world, her adventures, and her meeting with an Inuit woman, Allaka (Rinko Kikuchi), which will strongly influence her rigid ideas concerning the world and life… forever. Josephine Peary will have to face death, danger and her own ghosts if she wishes to survive the arctic night. “Nobody Wants the Night” is a story about adventures, discovery, pain, survival and, above all, an incredible love story.

So this is official, too: Mr. Byrne will be portraying Bram, an explorer and tracker. It seems that Robert Peary is nowhere to be found in this film… 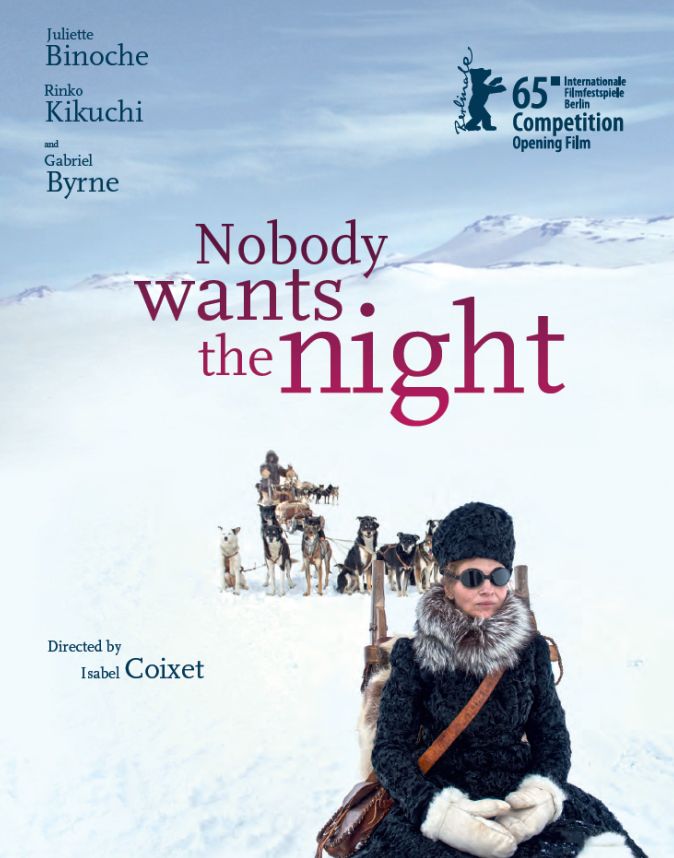 Streaming videos on Thursday, February 5 will include:

A World Time Zone map will help you determine when to watch, depending on where you are. Berlin is in the UTC+1 zone.

Stay tuned here for pictures and videos of these events as they become available.

And let’s all say Congratulations! and good luck to the cast and crew of Nobody Wants the Night and wish them well! We are there with you in spirit! 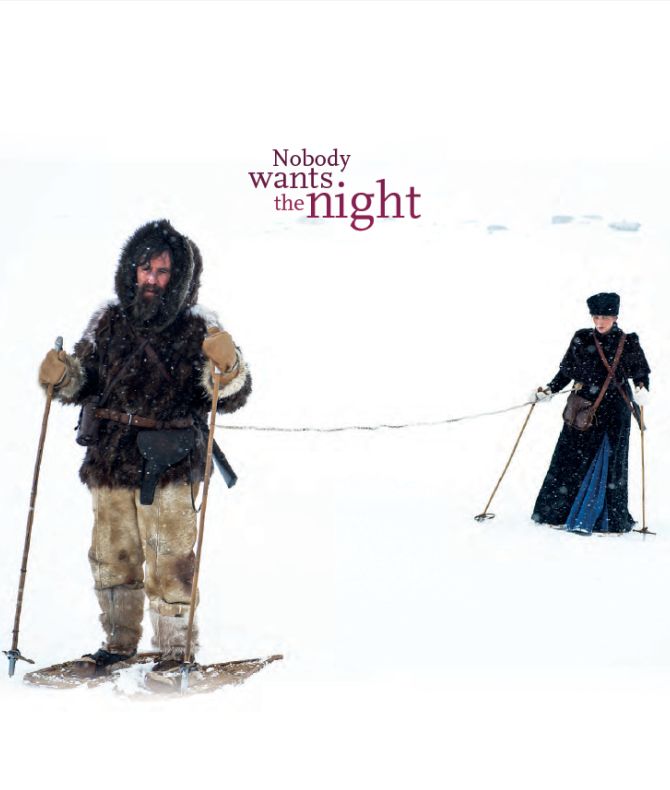 Promotional image for Nobody Wants the Night

Thanks to my friend who is attending the festival in Berlin for news and updates! I had hoped to attend the Berlinale this year, but it was not to be…