NOBODY WANTS THE NIGHT Opens the 65th Berlinale!

And here is an article from Rachel Handler at The Dissolve that never mentions Gabriel Byrne but is very funny (and wintry!) all the same:

Based on a true story (though it’s not yet clear how faithful it’ll be to that story), the film follows Josephine Peary (Juliette Binoche), who embarks on a “perilous journey to the Arctic north” to find her missing husband, adventurer Robert Peary (whose character isn’t credited anywhere on IMDb, which bodes very poorly for his rescue). According to IndieWire, the official synopsis describes Robert as a man who “prefers glory and ice to the comforts of an upper-class home”; in other words, Robert is out of his damn mind. But his wife still loves him, bless her heart, and is willing to risk freezing to death to find him. Can’t say I’d do the same, Josephine. More power to you, girlfriend.

Finally, I am oddly gratified that Cinema.no used my Gabriel Byrne wallpaper for their article on the Berlinale opening night premiere! smile

More news as it happens, folks! I will start a new posting as press for the Berlinale premiere begins.

The new teaser trailer is no longer available due to a copyright claim by distributor Elle Driver. We must wait for an “official” trailer now…

Also, Nobody Wants the Night is not only opening the festival as a gala premiere. It is also in the Official Competition section and will vie for the top awards along with the other films in this category. This is great news!

Screen Anarchy has an article about the new trailer for Nobody Wants the Night and it includes a bit of shocking information!

Set in 1908, Binoche plays Josephine Peary, who sets out on a perilous journey to the Arctic north to search for her missing husband. She is aided by Bram Trevor (Byrne), who appears to be a white tracker/trapper, giving constant warnings of the futility of the trip. Peary forms a bond with an Inuit woman, Allaka (Kukuchi) as braves the unforgiving landscape.

So it seems Mr. Byrne is NOT playing explorer Robert Peary after all.

I checked IMDB and they confirm this new information.

Not convinced? I found those amazing eyebrows convincing! We shall have to wait for the premiere of the film at the Berlinale on February 5 to find out the truth!

The new trailer is at the end of this article–it was tweeted by several folks on January 9. 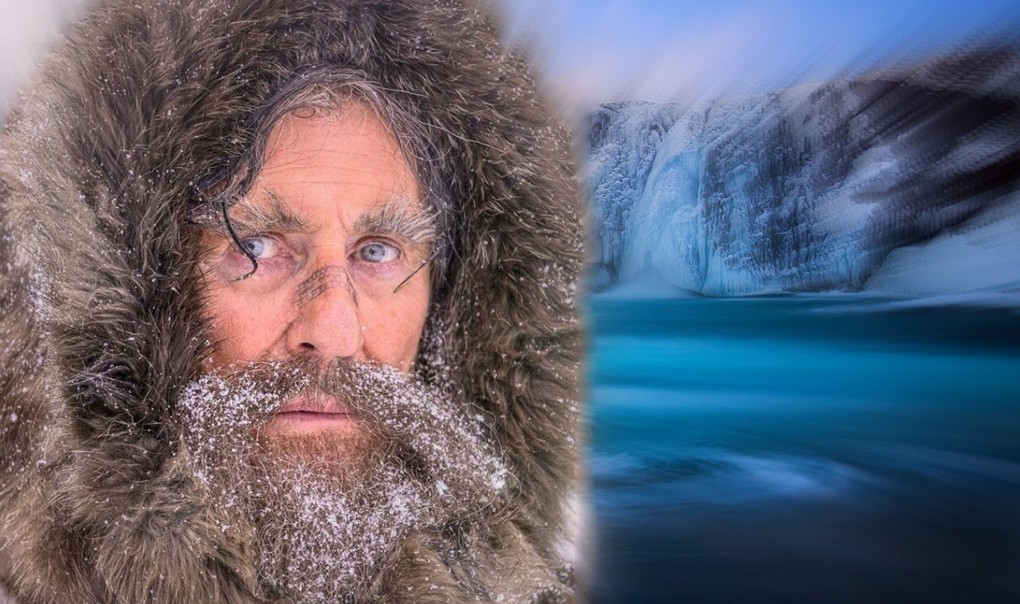 Peary or not? We must wait and see.

Here is the official synopsis from Elle Driver

Greenland, 1909. Josephine Peary is a mature, proud, determined and naive woman, in love with celebrated Arctic adventurer Robert Peary, a man who prefers glory and ice to the comforts of an upper-class home. For him she will face all danger, even risk her own life. Another woman, young but wise, brave and humble – Allaka – is in love with the same man, and expecting his child. The relentless icy landscape both separates and draws these two women together during the long, tense wait for the man they both love in such different ways.

«Nobody Wants the Night» is a story replete with the passion, dignity and strength of these two women as they battle to survive in one of the most inhospitable places on earth.”

The 65th Berlin International Film Festival will open on February 5 with the world premiere of Nobody Wants the Night, the most recent work by Spanish director Isabel Coixet. It will participate in the international competition.

The Spanish-French-Bulgarian co-production takes place in 1908, in the Arctic seclusion of Greenland. The adventure film focuses on courageous women and ambitious men who put anything at stake for love and glory.

“I’m very pleased that Nobody Wants the Night will open the 2015 Berlinale. Isabel Coixet has created an impressive and perceptive portrait of two women in extreme circumstances,” says Dieter Kosslick, director of the Berlinale. “It will also be the first film to be screened in Dolby Atmos® in our Berlinale Palast.”

Six films by Isabel Coixet have already been presented in various sections of past Berlinale programmes, including My Life Without Me (2003) and Elegy (2008) in Competition. In 2009 Isabel Coixet was member of the festival’s International Jury.
Press Office/January 9, 2015

Screen Anarchy: NOBODY WANTS THE NIGHT to Open Berlinale ’15

Stay tuned for more details, including a report on the premiere and any news about the attendance at the event by Gabriel Byrne!