Gabriel Byrne’s foray into engineering, The 33, opened in US theaters on November 13.

Mr. Byrne has done very little promotion for the film because he has been–yes, you guessed it–filming something else! This might be a good thing, considering the mixed reviews for The 33, not to mention some snarkiness regarding actor accents and other cultural observations. It seems that most fans love The 33 and the critics…well, some of them love the film too, while others are disappointed.

Two great things have been accomplished by this film, regardless of critical reaction:

A Mega Movie Page is in the works for The 33. Until then, enjoy this little round-up of news.

news: behind the scenes

How ‘The 33′ Editor Built Suspense for Chilean Miners’ Tale: The Hollywood Reporter takes us to the editing room for a look at how the film was cut.

Director Patricia Riggen turned to the veteran (editor Michael) Tronick to piece together the story, an assignment akin to assembling a complex jigsaw puzzle. “We needed a really experienced editor,” she says. “We shot so much, and there were so many characters and three story lines” — the simultaneously unfolding stories of the miners, the government’s effort to find them and the plight of their families. “We went off script,” she adds. “This movie was explored and found in the editing room. We moved around scenes, created moments. We had a lot of material to work with. There was a lot of wonderful discovery in the editing room.” 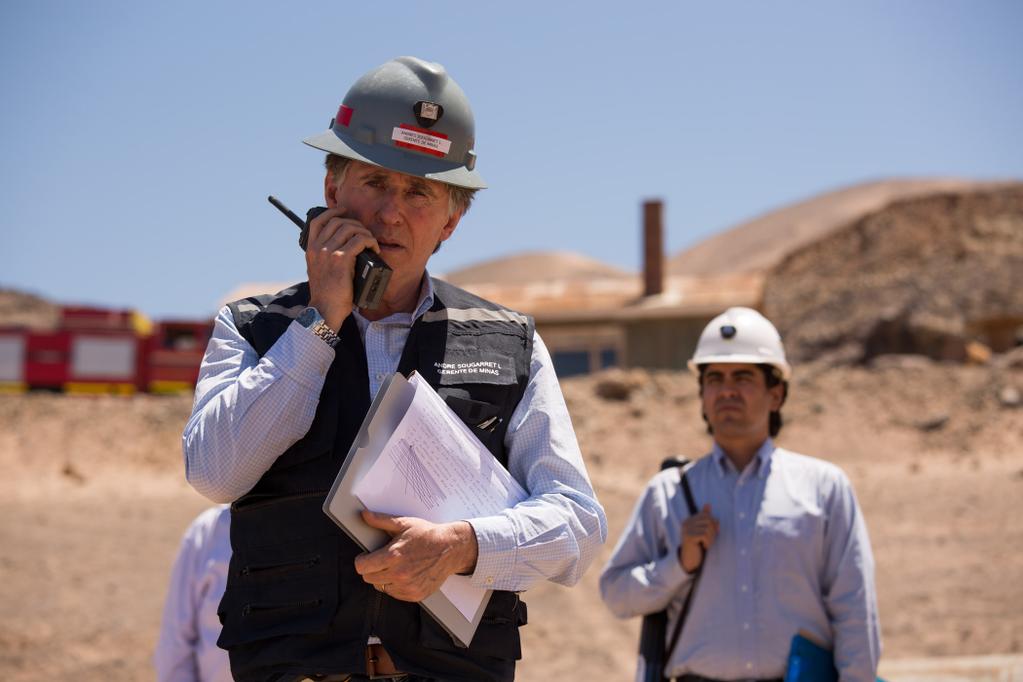 The film gains some clarity at the end, and delivers a strong and timely moral. “God was with us” the miners write on the wall of their refuge as they prepare to return to the sunlight, and at several points the movie emphasizes the importance of religion in their lives. This seems like a faith-inflected movie for the age of a Latin American populist pope, a parable of spiritual endurance with an eye on social and economic iniquities. Before the credits roll, we learn that the miners were never compensated for their suffering, and that the mining company was cleared of any negligence, a judgment the film emphatically challenges. We also learn that the 33, whose real-life faces fill the screen at the very end, “remain brothers to this day.”

The moral is plain. Capital and the state don’t really care about you, though they can sometimes be shamed into acting in your interest. Better to put your trust in the Almighty, and in the solidarity of your fellow workers.

I read the brilliant, riveting book by Hector Tobar, so I wasn’t anticipating any thing much better. But I fell in love with the courage and charm of the “33,” and felt compelled to see how the film would treat these heroes. So glad I did! I thought the director and writers did a fantastic job with (as your reviewer notes) such a large, complex cast of characters. Of course, with so much detail and so many relationships covered in detail in the book, the film could never measure up. I was just pleased that it came as close as it did, with some great acting and the building of horror, suspense and elation. Warning: don’t see it without a full box of tissues. The tears WILL fall.

The movie’s narrative letdowns are especially unfortunate when Riggen, advancing her visual style significantly from previous work (Under the Same Moon, Girl in Progress), creates such a strong sense of place, both in the cramped quarters of the mine and the expansive desert where the families keep vigil. Shooting in two working mines in Colombia, the director and her DP, Checco Varese, deliver an immersive sense of what it means to enter the tunnel on a road that burrows 2,300 feet beneath the surface. There’s an obvious but nonetheless deeply affecting spiritual cast to the play of light in the dark cave, the miner’s helmet torches illuminating the skyscraper-size rock that seemingly has sealed their fate. 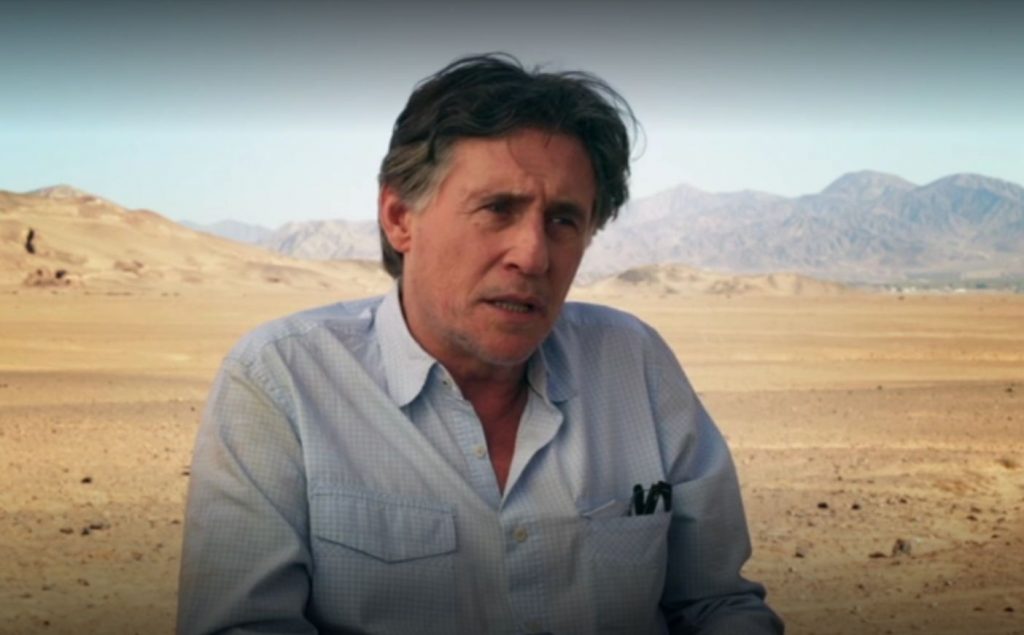 The New York Times: Patricia Riggen, Director of “The 33,” on Shooting in a Mine

On the first day of shooting “The 33,” the Mexican director Patricia Riggen sat in her chair in the cave that served as the movie’s set. “And bicckk! A stone falls on top of my head,” she recalled. “Fortunately, I had my hard hat on. But it makes me realize where I am and what it means to be there.”

On whether people were shocked when they heard she — a young, female, indie filmmaker — was making an action film about 33 men stuck underground
Shocked every single day. You know, they can’t believe I did this. They see the [mine] collapse sequence and it’s like, “How did you do this? You’re a woman.” And I have to tell you, [it wasn’t about] making an action movie, but really being able to portray the heart of these guys and what they went through emotionally. And that’s what I brought to the movie besides the big action sequences.