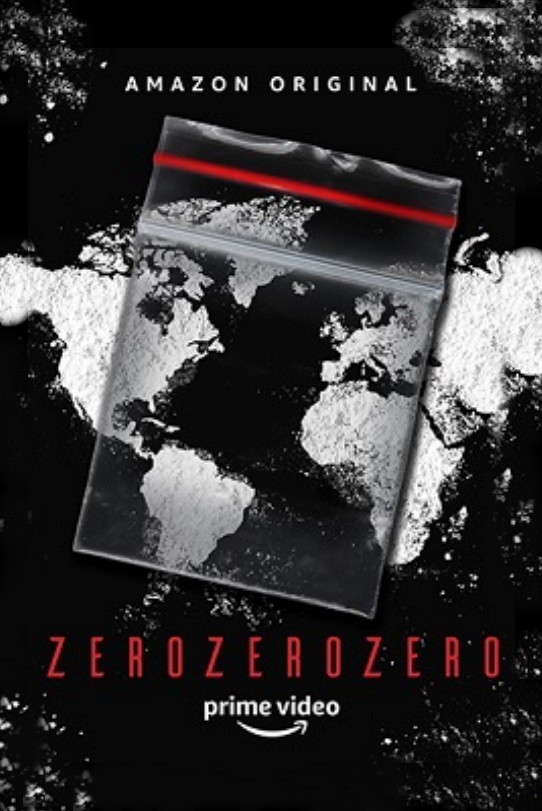 Now streaming on Amazon Prime US

Based on the book by Roberto Saviano

An eight-part series for Amazon, Sky, and Canal+ television

Premiere of Episodes 1 and 2 at Venice International Film Festival September 5 – 6, 2019

From the Futon Critic

The series was filmed on location in Mexico, Italy, Senegal, Morocco, and the US, and follows the journey of a massive cocaine shipment, from the Mexican cartels managing the drug’s production, to the Italian crime syndicates handling worldwide distribution, and American businesses – apparently above suspicion – controlling the seemingly infinite amount of money which the market produces. The shipment’s voyage sparks an epic power struggle engaging everyone involved, from the corner dealer up to the most powerful boss in the hierarchy of international organized crime – with their lives and livelihoods hanging in the balance.

ZeroZeroZero stars Andrea Riseborough (The Death of Stalin, Battle of the Sexes) as Emma Lynwood, who manages the day-to-day operations of her father’s shipping company and is forced to make life-changing decisions to keep the business afloat, Dane DeHaan (The Amazing Spider-Man 2, In Treatment) as Chris Lynwood, whose world is turned upside-down when his help is required in the family business while he suffers from a degenerative genetic disease, and Gabriel Byrne (In Treatment, The Usual Suspects) as Edward Lynwood, the family patriarch who runs his prestigious shipping company with his daughter Emma and is willing to put business before everything.

In the globalised world, markets, production and consumption, even different lifestyles, are all interconnected, thanks to the continuous flow of trade that bring tons of goods to billions of people. In ZeroZeroZero we want to tell the story of just one of these goods: probably the most universally distributed, widely consumed and, above all, most profitable. And we are going to do it by following a container ship and its load from its point of departure in Mexico to its final destination in Italy, describing how the international trafficking of this special ‘commodity’ is affecting the market, the world economy and even our lives. This special good is cocaine, and its journey is our own.

Byrneholics posting about this series