Visit the brand new Secret State Mega TV Page and also, if you are inclined, read my brief essay about the series below.

A petrochemical explosion kills several people and injures almost 100. The company responsible will not answer questions and seems to be involved in a cover-up. Residents are clamoring for information and assistance. And now the Prime Minister, flying over the ocean, has disappeared. Terrorists are, of course, suspected.

An auspicious time to be an experienced, introspective, liberal-leaning politician intent on listening to the people, yes? Do such politicians still exist? One does. On television anyway.

Nice guys do finish first sometimes and Tom Dawkins, here played to pinpoint perfection by Gabriel Byrne, takes over the reins of government with skill and commitment. He has lots of bad news to impart to everyone in the beginning of the series and he must tiptoe diplomatically through some scary encounters as the story progresses, but he remains essentially unruffled until the truth of these matters becomes clearer. Then his skill and commitment must upgrade to a higher level if he is to remain true to his ideals–and this leads to a kind of political and philosophical fervor we are not accustomed to seeing. Not only on the screen, but anywhere. When the series aired in the UK on Channel 4, there were many tweets that stated viewer reaction very simply: “Gabriel Byrne for PM!”

The original story, based on the 1982 novel A Very British Coup, by Chris Mullin, himself an able politician, has been updated to include all of the horrors, murky motives, and clandestine shenanigans of the new century in which we live. Gabriel Byrne plays the fledgling PM, not as someone who knows it all, but as someone who is willing to cut through the barriers constantly being thrown up as he pursues the truth. And once he discovers it, he realizes that finding a way to shout it out is going to be difficult. Perhaps impossible. But he will try. Mr. Byrne carries the story, as more than one reviewer observed, with a combination of gravitas and a sense of impending doom. The world is not as bad as we think, his pale blue eyes seem to say. It is worse. But he does not stop–until he does.

The Secret State Mega TV Page never stops! It is full of screencaps, videos, reviews, interviews, behind the scenes tidbits, promotional images, DVD information, and more. Sometimes a role comes along that allows an actor to simply slip into it, like a pair of comfy red socks (!), seemingly without trying. This is not true, of course. Story-telling is hard work. And yet, Tom Dawkins and Gabriel Byrne do seem to be a good match made, if not in heaven, then certainly in our troubled world. Enjoy the Mega TV Page and see the series if you can–it is available on DVD for both Regions 1 and 2 now. The story will make you think. It may even make you think about who you will vote for next time. High praise indeed! 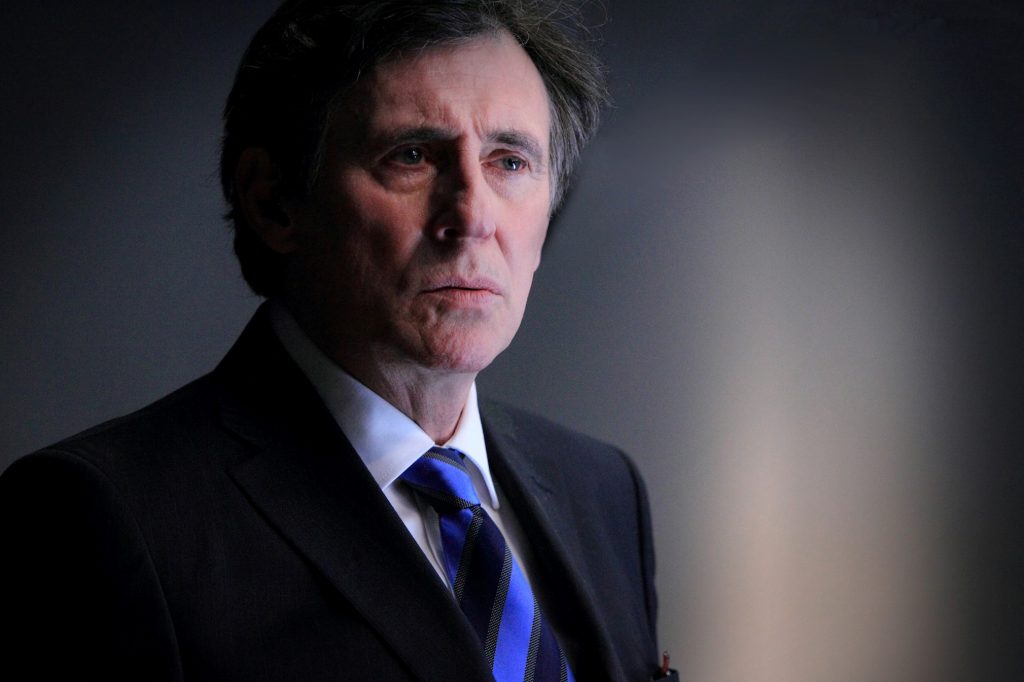