Ihsan Alnasrawi, who is responsible for the storyboards and other artwork for Gabriel Byrne’s latest film Lies We Tell, very kindly shared the new poster and some of his artwork with us!

He has this to say on Linked In [only members can see this. Sorry!]:

The new poster features for the first time portraits of some of the film’s main protagonists, including Harvey Keitel, alongside lead actor Gabriel Byrne, giving a tantalising glimpse into the mood of this noirish thriller.

Variously dubbed as romantic and moral, the full poster art depicts a lone silhouetted female figure on a shadowy path, dominated by an ominous city skyline.

Having worked on the film throughout pre-production, drawn the storyboards and assisted in principal photography, I can tell you it is a rich prismatic tapestry woven from story, imagery and emotion. 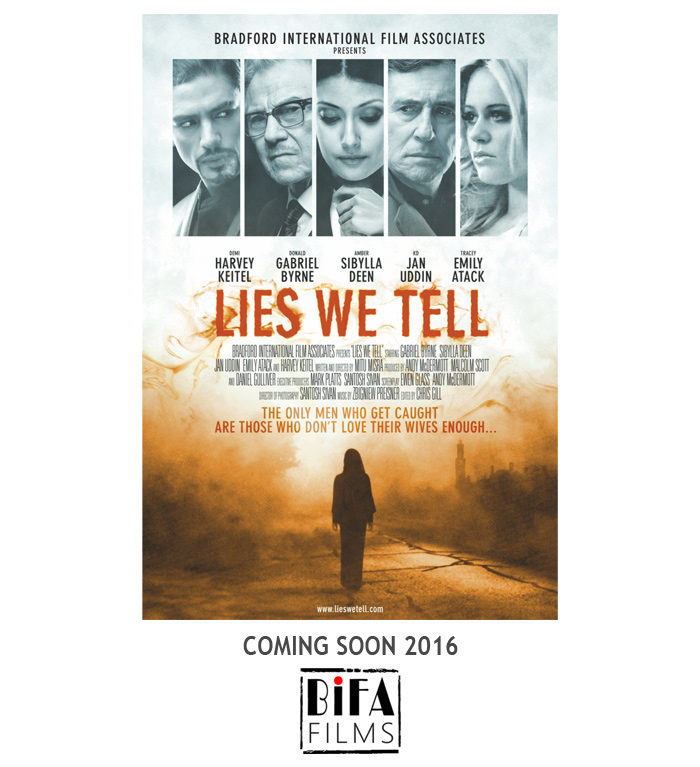 links to check out

View Ihsan’s storyboards for the film; the first ones include Donald, the character played by Gabriel Byrne.

Thanks, Ihsan, for this good news!