Gabriel Byrne’s latest feature film, No Pay, Nudity, directed by Lee Wilkof, is on its way to theaters in November. Filmed in New York City during the summer of 2014, the film has been making its way through the US festival circuit this summer of 2016 and now has a distributor.

We can’t wait to see Mr. Byrne as Lester Rosenthal, the actor whose personal and professional crises form the center of this story. Comedy, drama, even a touch of tragedy, thanks to Shakespeare’s King Lear–who could ask for more? And the cast is amazing. This is a Who’s Who of familiar stage and film names: Nathan Lane, Frances Conroy, Donna Murphy, Boyd Gaines, J. Smith-Cameron, Joe Grifasi, and more. To top it all off, Loudon Wainwright III is in this movie. Holy Guacamole!

So, enjoy the new poster, BIG promo shots, and other information below. A new trailer is reported to be on the way. 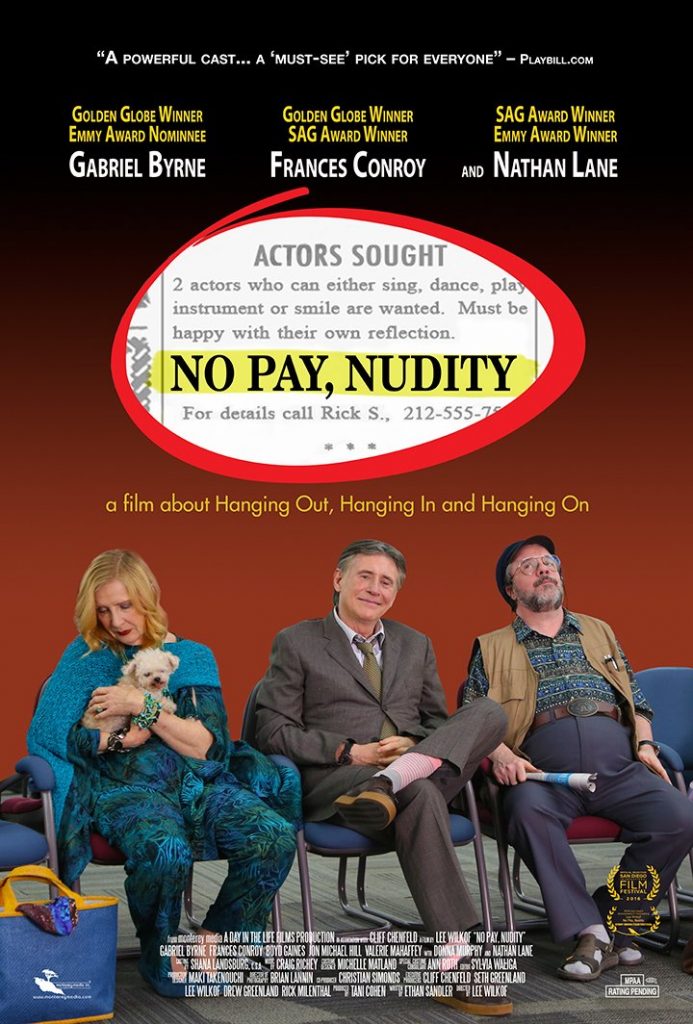 Aging actor Lester Rosenthal (Gabriel Byrne) has lost his way. In this often humorous, yet warmly poignant story, love and friendship, jealousy and re-discovery, career, family, and friends (Nathan Lane, Frances Conroy) intertwine as Lester navigates the perplexing realities facing so many of us as we pursue dreams and dignity. A film about hanging out, hanging in, and hanging on.

Monterey Media is the film’s new distributor. The official release date for US theaters is November 11.

December 13 will see the film released to DVD and digital streaming. More details as soon as they are available!

Broadway World shared the new poster and the DVD/streaming information. They also chose No Pay, Nudity as their “What We’re Looking Forward to Watching” pick on the Morning Report for October 4. Yes, we are definitely looking forward to this movie!

Once the film is released, there will be more of these, of course. In the meantime, Monterey Media offers us some snippets:

” ‘NO PAY, NUDITY,’ GABRIEL BYRNE IS HILARIOUS AND HEARTBREAKING, SOMETIMES ALL AT ONCE.” – MICHAEL DUNAWAY, PASTE MAGAZINE

“A POWERFUL CAST… A ‘MUST-SEE’ PICK FOR EVERYONE” – PLAYBILL.COM 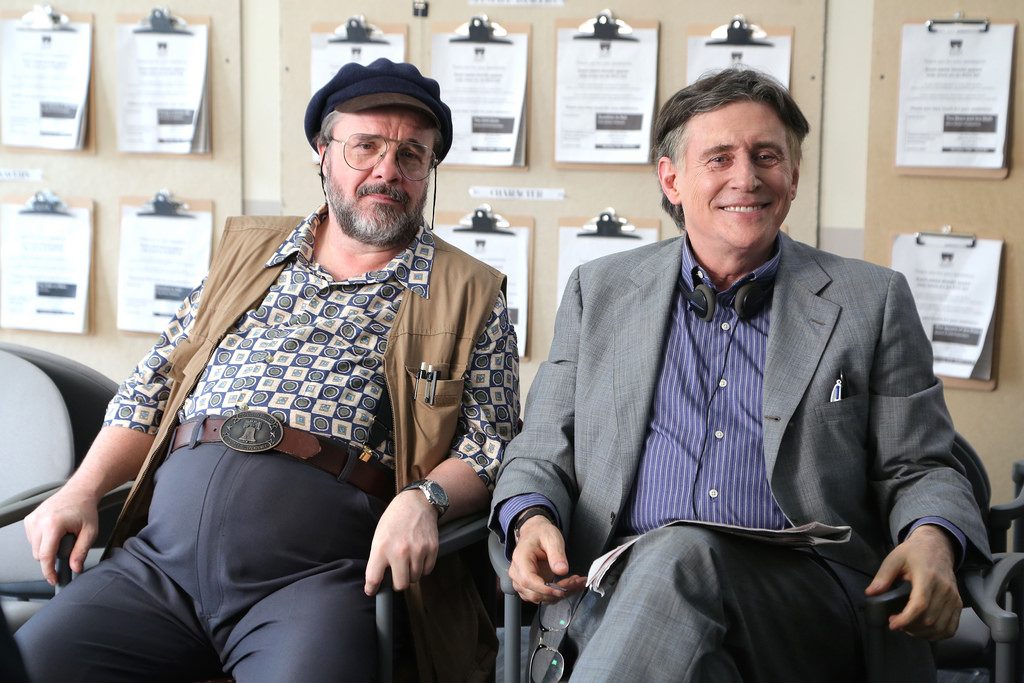 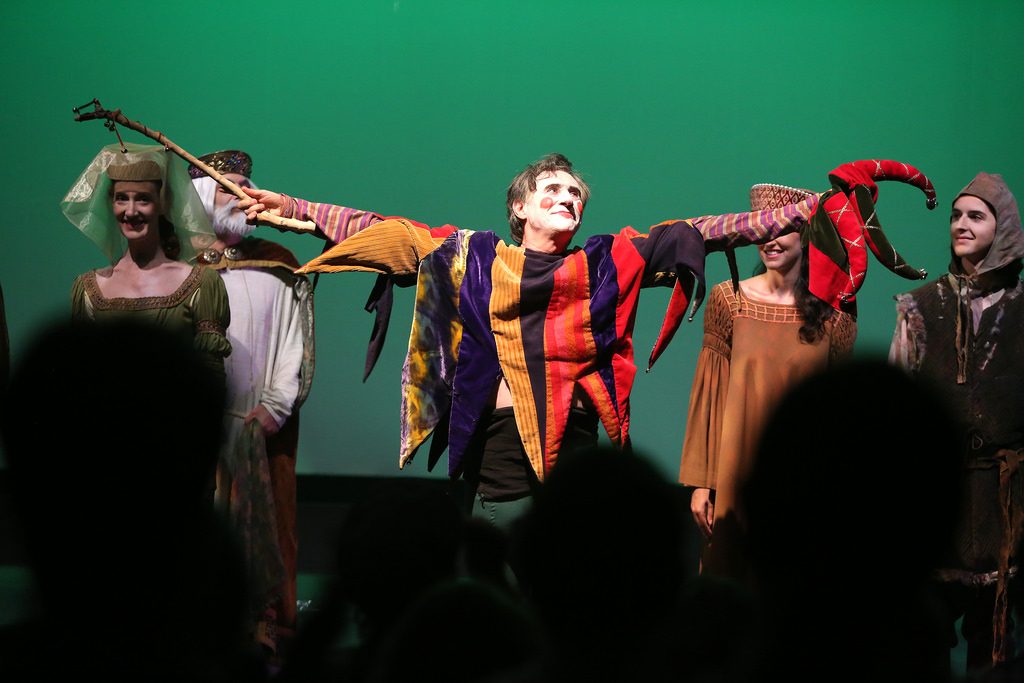 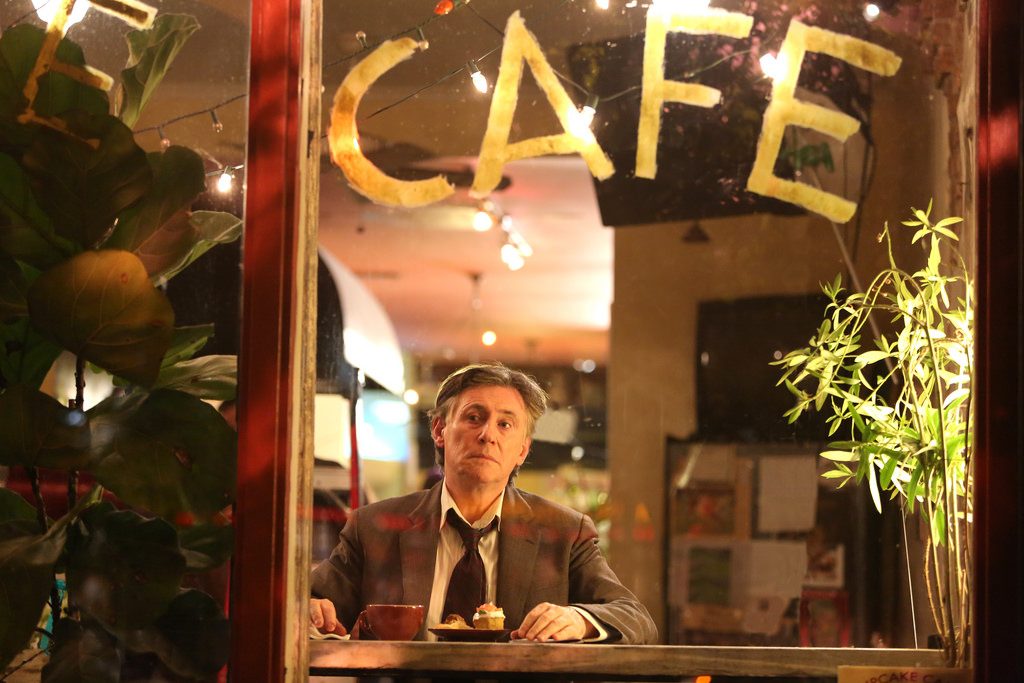 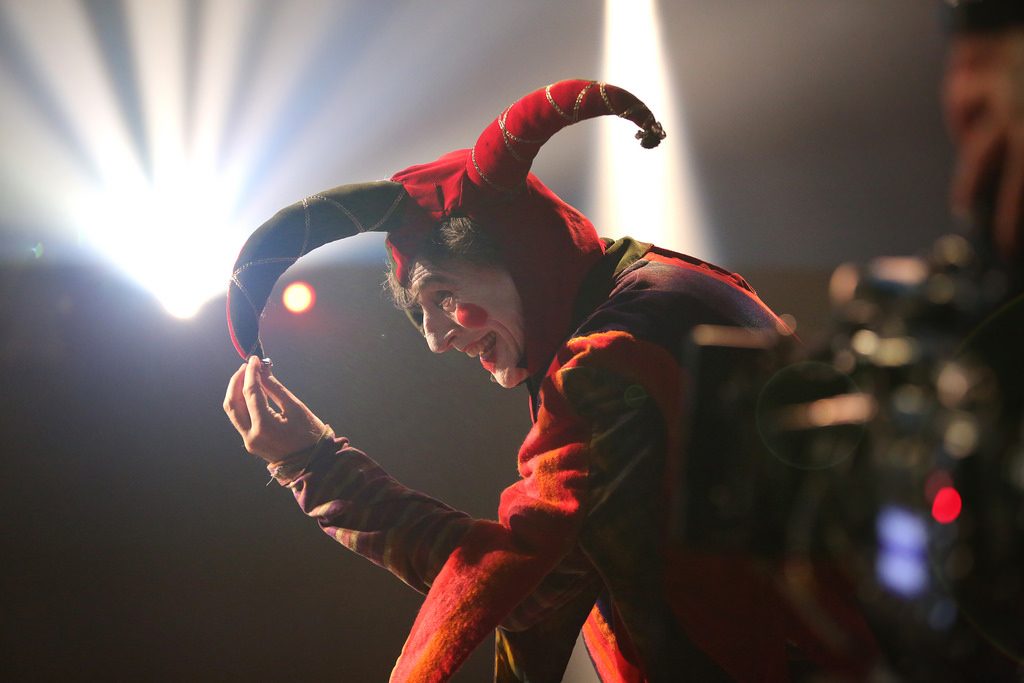 Lee Wilkof, director of No Pay, Nudity, has been acting in theater, film, and television for many years. Most of us know him for his role on Broadway as Seymour in Little Shop of Horrors, but he has a list of credits as long as your arm. Does this sound like someone else we know? I am fascinated by film fans who say: “That Gabriel Byrne. He was great in Miller’s Crossing. Wonder what he is doing now?” Being an actor (or director, or indeed, artist of any stripe) must be so frustrating sometimes. And yet. Mr. Wilkof sums it up pretty well here:

I have been an actor for 43 years. I love what I do. I love the people I work with. No Pay, Nudity is about these people. We live in a time where instant fame is often the measure of success, and a body of work accounts for very little. Making No Pay, Nudity helped me rediscover that, as Winston Churchill said, “Success is moving from disappointment to disappointment, without losing enthusiasm.”

Don’t you love Gabriel’s “Fool” pictures? He looks like he is having so much fun! heart

Leave a Reply to sweetbud2 Cancel