The video mentioned below is no longer available, so it has been removed. The transcript remains, however, so enjoy Mr. Byrne’s words.

It is always nice to be nominated…

Mr. Byrne discusses how he received the news about his 2016 Tony Awards nomination and more!

For those outside the United States who cannot watch this video, a transcript is below. 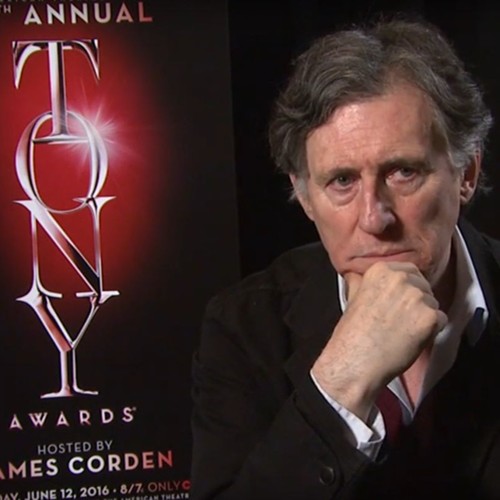 My wife called me from the other room and said “You’ve been nominated” and I said “For what?” and she said “For a Tony” and I said “Oh, wow! ” So, when good news comes, you should be grateful for it, for its arrival, and tuck it into a nice little part of your brain where you look at it and say “That’s a nice thing to happen” and relish it and enjoy it, but don’t get too over your head about it.

Whether it’s film or whether it’s theater, you can never take anything for granted. Just because you did something good last night, doesn’t mean you’re going to do it…so when you go on stage every night, you have to approach it with a certain amount of, dare I say, humility because you do not know how it’s going to go.

Every time you start a film or a play or a night in the theater, you have to start at the bottom and you have to work your way up, through the accumulation of the skills that you’ve learned over the years, but you know, there’s never a point where you say “I really know how to do this now.” There are certain things I know how to do, but emotionally discovering a part and working really, really hard is no guarantee that you’re going to be successful.

The advice that I would give would be to listen to the inner voice that’s always the truthful part of yourself, to not be afraid of ambition, to stop doubting yourself, to work on your self-esteem, to work on your confidence, to work on the skills that you have as an actor, to develop your curiosity about life, to be passionate about something. If you can give a child curiosity and passion, you’ve given that child an incredible gift and drama and art can give you that.