Gabriel Byrne always seems to be the busiest man on the planet, but lately he’s been busy on the other side of the world (and sometimes below the equator), so it is especially lovely to see him being busy in New York City! 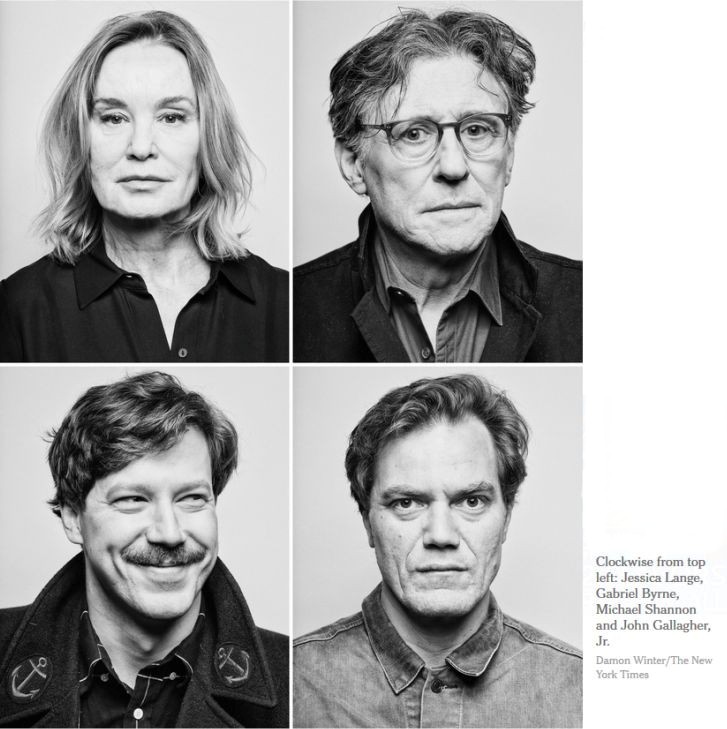 This is an interview with the four main cast members of Long Day’s Journey Into Night, currently in previews: Gabriel Byrne, Jessica Lange, Michael Shannon, and John Gallagher, Jr. One of the questions put to them is: In his dedication, O’Neill described the play as a reckoning with “all the four haunted Tyrones.” What haunts them?

BYRNE They are incredibly sensitive people. They are torn apart by the reality of living and try to escape from it, either through memory or through drink or through drugs. Sometimes life can just be so appalling.

LANGE I came upon a Yeats quote, which I think has a lot to do with this play. I really see this so much as an Irish play: “Being Irish, he had an abiding sense of tragedy that sustained him through temporary periods of joy.”

BYRNE I hate to say it, but I think that’s a lot of bollocks. It sounds great, but actually when you examine it, it’s a way of defining an entire people with an easy kind of aphorism. We are a very complex multifaceted family of human beings.

LANGE You don’t think there’s an abiding sense of tragedy in the Irish? Come on!

BYRNE No, I think tragedy has been foisted on them. Just my own opinion. But you and Mr. Yeats ——

LANGE No, no, no. I’m not going to argue with a [expletive] Irishman.

Read the entire interview. It is wonderful to get a glimpse of the actors as they are working on this play! And there is another hilarious bit at the very end. wink 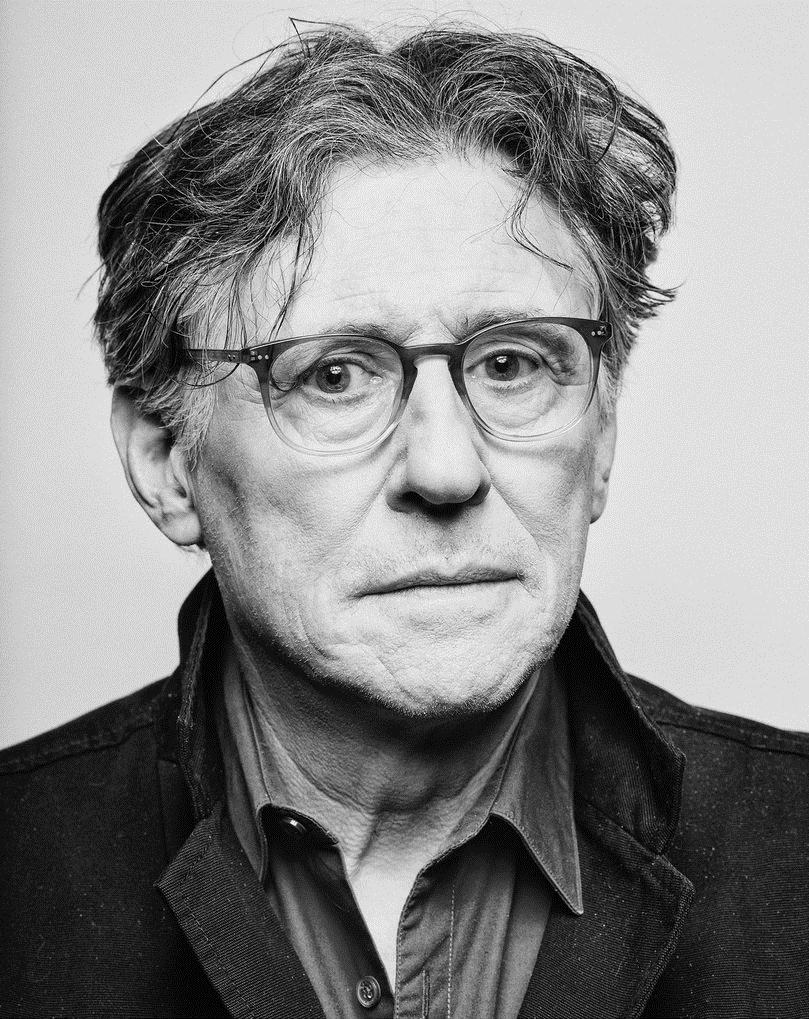 It is that time of year again! First up, the Outer Critics Circle!

TheaterMania: American Psycho and She Loves Me Lead 2016 Outer Critics Circle Award Nominations
Find out which Broadway and off-Broadway shows from the 2015-16 season made the cut.

images from the previews of the play

Vanity Fair provided the first look at the previews: 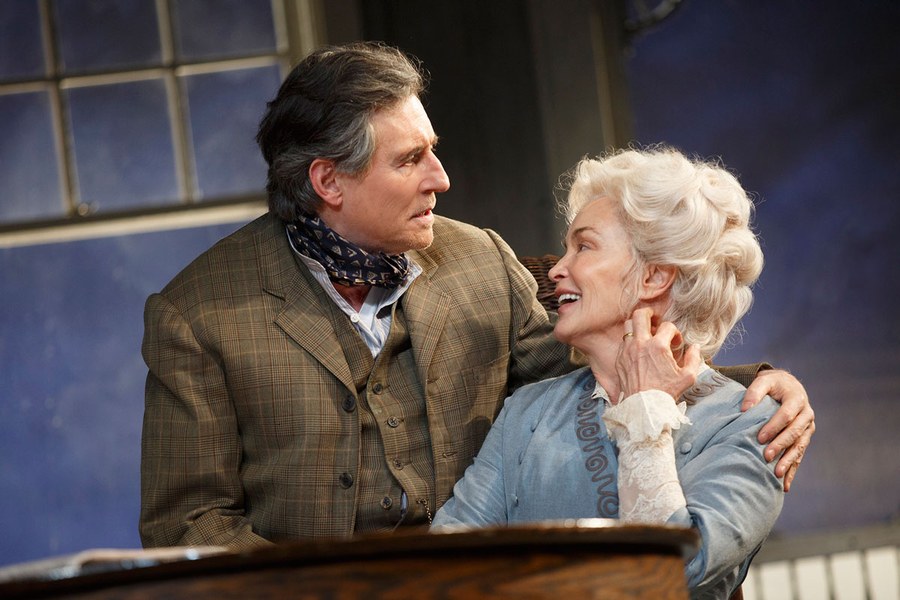 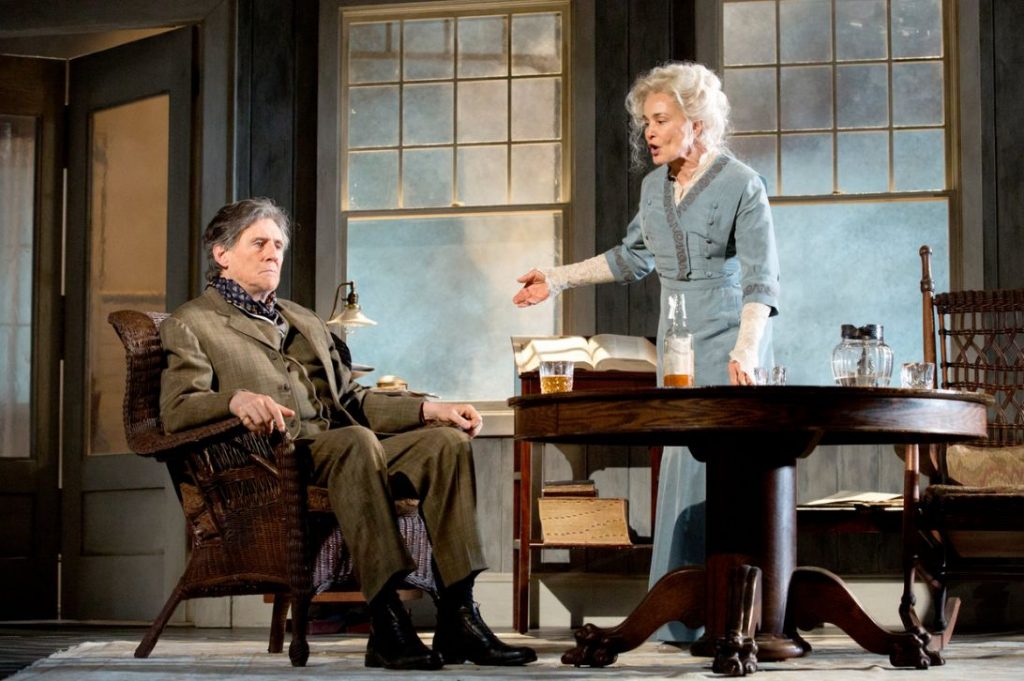 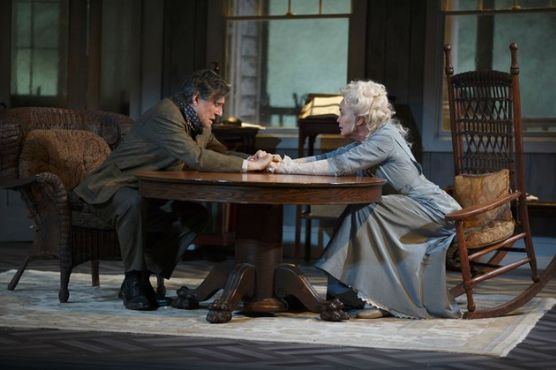 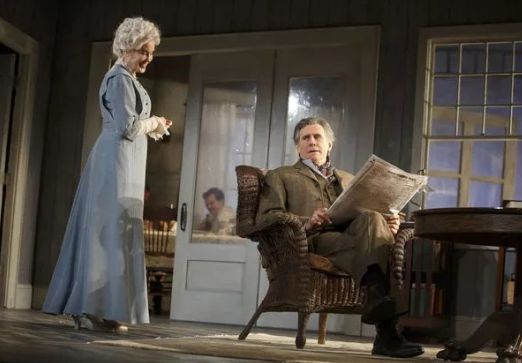 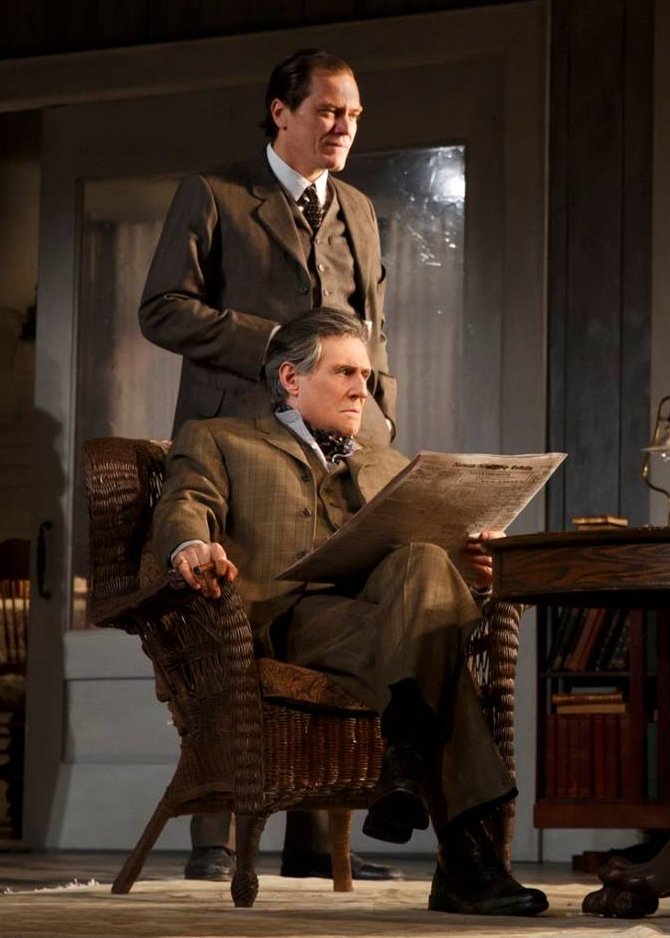 More images will be available in the Gallery soon, so stay tuned!

Here is the previews television ad for the play:

We are crossing our fingers for a landslide of wins, which makes it quite difficult to type, so bye for now! heart

[Thanks to The New York Times for the interview images and to Jessica Lange Daily for help with production photos!]