Previews for the Roundabout Theatre Company’s much-anticipated revival of Long Day’s Journey Into Night began April 3.  Response has been enthusiastic! Needless to say, we have been excited about this play returning to Broadway for months and now the time has finally arrived. Jessica Lange, Gabriel Byrne, Michael Shannon, and John Gallagher Jr., under the direction of Jonathan Kent, are bringing Eugene O’Neill’s masterpiece to life for the next few weeks (until June 26). This is a once-in-a-lifetime opportunity for those who love the theater (not to mention those who love seeing Gabriel Byrne on stage)! Congratulations to all and a toast to a successful and very happy run! heart

Here’s a blurb to whet your appetite: 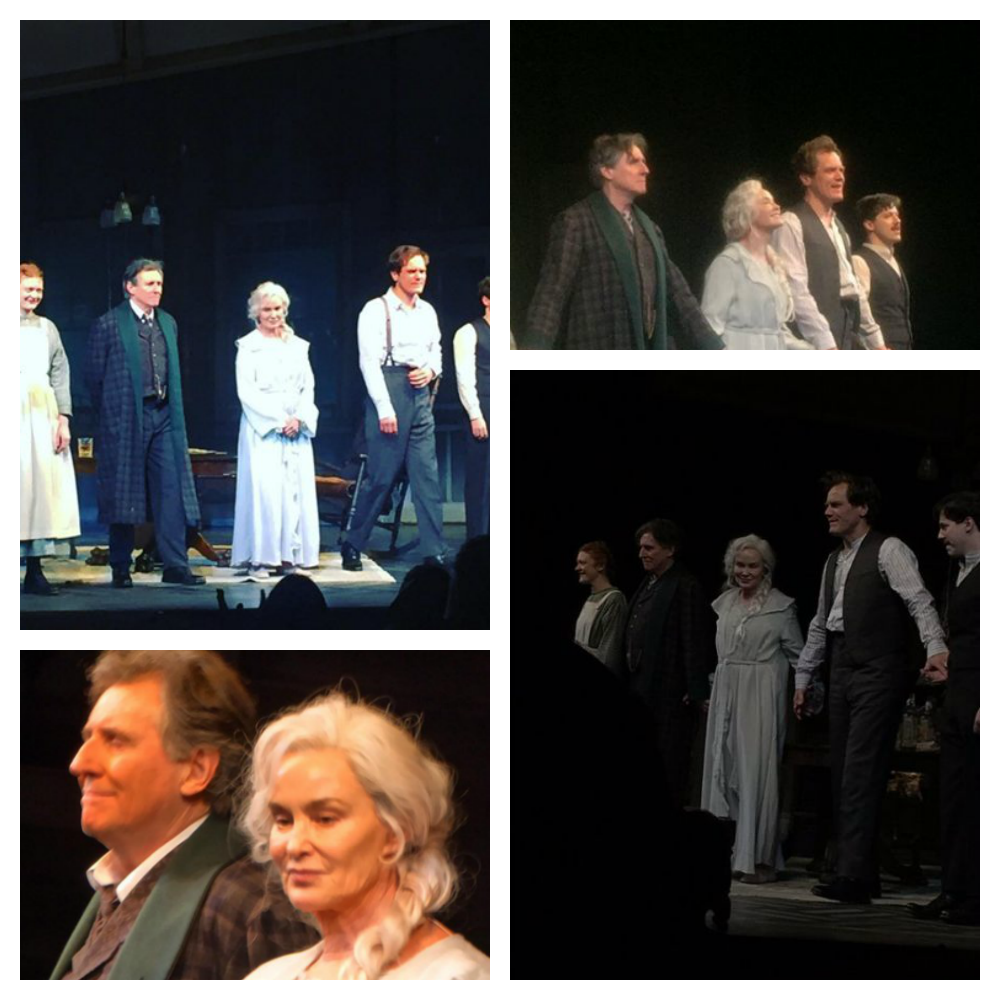 A preview review from Man in Chair, the blog of Simon Parris, who writes about Music Theatre, Opera and Ballet Reviews, News and Views:

A completely traditional production (as one would fully expect), the handsome staging, stellar casting and exquisite direction combine for an unforgettable experience. This is the only other play I have seen on Broadway to equal the quality of 2012’s Death of a Salesman (starring Phillip Seymour Hoffmann, Linda Emond and Andrew Garfield).

It should be mentioned that the session attended was the first preview, and yet the cast worked together as if they had been playing for months. If the actors show further improvement during the run, the level of excellence to be achieved is quite unimaginable…

Gabriel Byrne expertly shows the balance that James Tyrone achieves between the crushing weight of the disintegration of his family and the fleeting moments of denial the character is able to achieve. James is so miserly that he turns away when taking out a note so that his sons cannot see how much money he is carrying. With a beautifully underplayed acting style, Byrne paints James as a helplessly self-centred man who longs for stability and warmth in his family but has no idea how to achieve them.

Twitter has provided a glimpse at the theater-going experience. Many thanks to all who shared their pictures, especially Jessica Lange Daily!

Previews have begun for “Long Day’s Journey Into Night” at @RTC_NYC! Tix are on sale thru late June. Come visit us. pic.twitter.com/LQpOeobWuJ

To see more tweets, check out the hashtag #LongDaysJourney or search Long Day’s Journey on Twitter! There is a production running now in the UK as well. 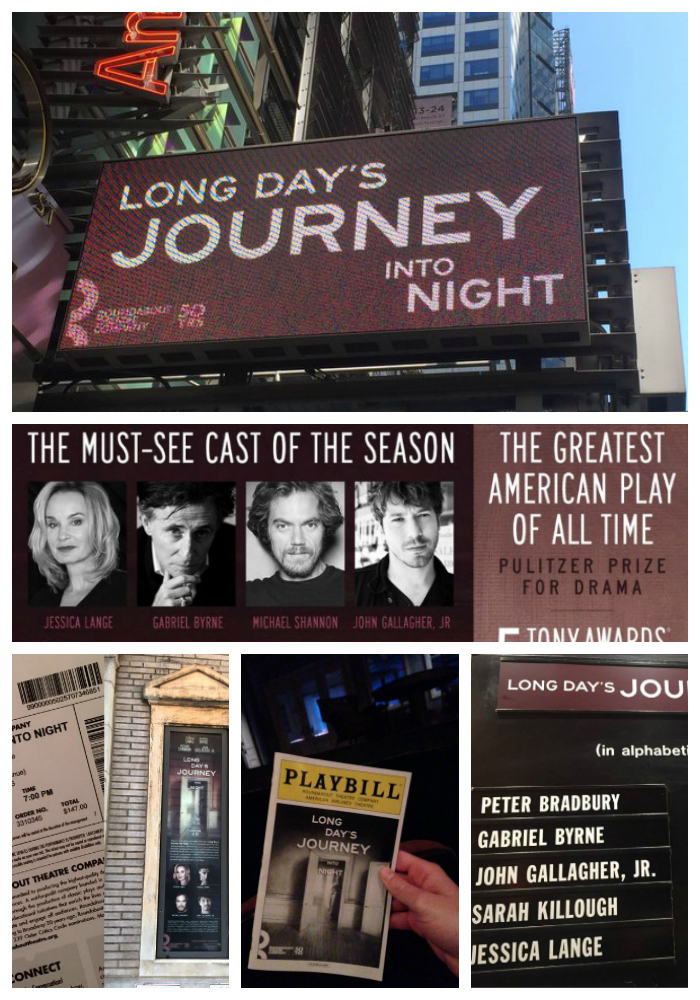 Variety reports the box-office receipts for the play are looking very good indeed!

With Lange leading a head-turning cast that also includes Gabriel Byrne and Michael Shannon, “Long Day’s Journey Into Night” ($66,284 for one preview) played a single performances and pulled in fairly solid sales for a nonprofit production in a small theater. Audience came in at about 95% of capacity.

And finally, a lucky GB fan has already seen the play and will be filing a report about her experience here soon, so stay tuned!