Eugene O’Neill’s masterpiece, Long Day’s Journey Into Night, will once again stir our imaginations and push our dysfunctional family buttons on Broadway!

Previews for this latest incarnation of the play begin Sunday, April 3.

With a truly stellar cast–Jessica Lange, Gabriel Byrne, Michael Shannon, and John Gallagher Jr.–and a fine director, Jonathan Kent, this is shaping up to be a revival to be remembered.

Tickets are available online at the Roundabout Theatre.

Jenelle Riley at Variety interviewed Gabriel Byrne about both this play and his latest film, Louder Than Bombs:

There seems to be a lot of dramatic potential in portraying messed up families.
I know this seems like a ludicrous comparison, but one of the shows I used to watch growing up in Ireland was “The Brady Bunch.” It produced a kind of incomprehensible envy in me. Those people had orange juice for breakfast and a father bounding down the stairs to give a kiss to the mother and the kids are all sitting around talking to each other so open and honestly. Then you think of something like “Long Day’s Journey,” which examines the reality of the complexity of family ties and neuroses and resentments and hatred and love. Or “Louder Than Bombs,” which is trying to look at the effect of grief on a family and what does it mean to be a father or a working mother? And how children pull away from their parents to develop their own identities. It’s the opposite of that warm fantasy of a family, that family I wanted to be in. O’Neill’s particular genius was this play, which is intensely autobiographical, is paradoxically universal. People will say, I know that situation. In “Louder Than Bombs,” we all know those moments of adolescence. We know about grief.

There is an hilarious exchange about Gabriel’s “sons” and their relationship in the world of Batman, so be sure to read on!

Break a leg, Mr. Byrne, and good luck with this amazing play! heart 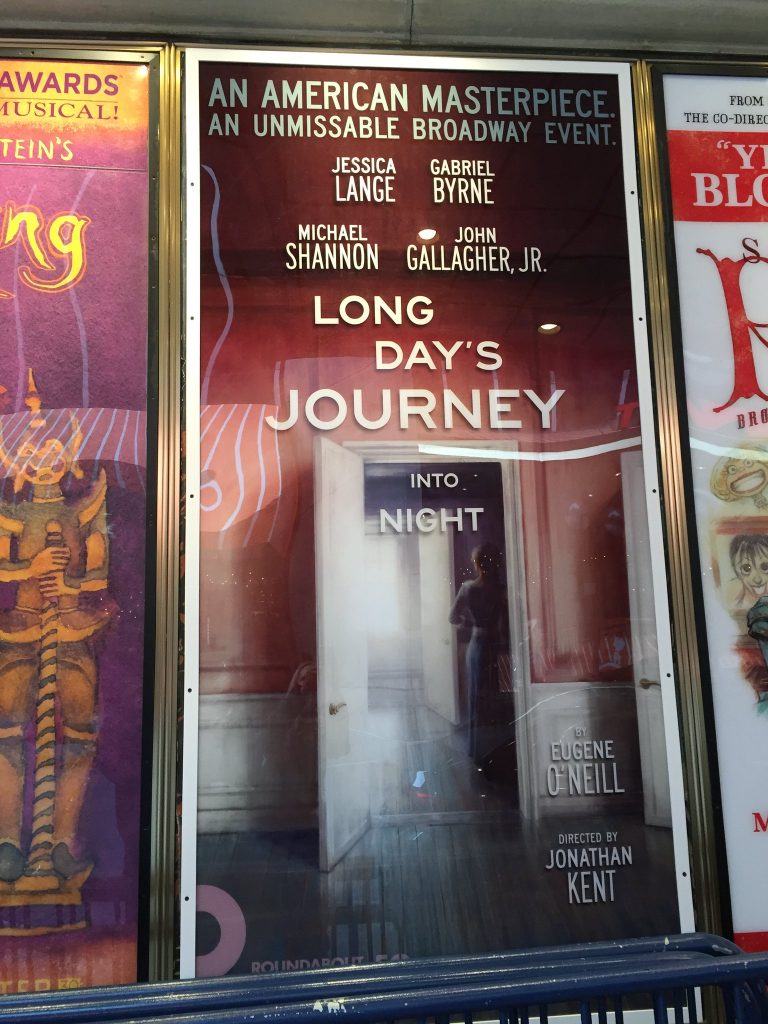