And now we have a podcast to go along with the video and transcript already published below!

I cannot embed the podcast provided by The Hollywood Reporter here, so please visit the link above and listen to the entire conversation.

The podcast is located in the middle of the first article.

The Tony Awards are looming! The awards ceremony is scheduled for Sunday, June 12. Set DVRs to stun!

Our coverage continues with this great round-table, presented by The Hollywood Reporter, of seven notable nominees for Best and Featured Actor in musicals, plays, and revivals–Leslie Odom Jr., Jeff Daniels, Gabriel Byrne, Zachary Levi, Reed Birney, Danny Burstein and Alex Brightman–talking about diversity on Broadway, their current roles, Hollywood, and what they do on their days off. If any. 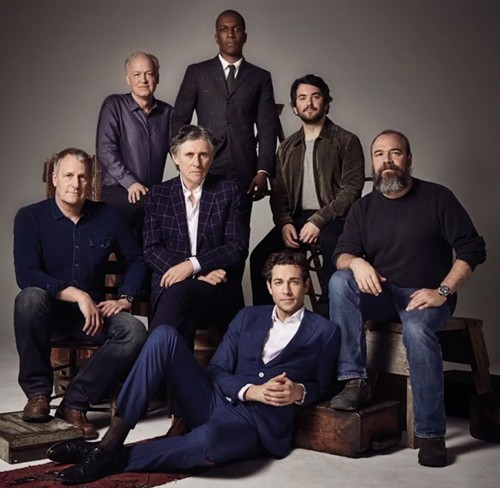 Some of Mr. Byrne’s comments from the transcript of the round-table have been highlighted below.

Be sure to re-size the video to full-screen. And enjoy!

From the transcript: Gabriel Byrne on Long Day’s Journey Into Night

Gabriel, this is not the first time you’ve done Eugene O’Neill on Broadway. In fact, your two previous Broadway appearances were in both Moon for the Misbegotten and A Touch of the Poet, respectively. What is it about him that you’re drawn to, and what led to this particular opportunity?

BYRNE Well, I don’t know, really. I just feel a kind of empathy with the characters that he writes. When I did Moon for the Misbegotten, I played Jamie Tyrone, who’s the son of the character I play now, James Tyrone, and it just seemed inevitable that somewhere along the line I would play the James Tyrone role. After Moon for the Misbegotten, I thought, “Ah, I don’t really want to do O’Neill again,” but there’s something about the challenge of it that you feel you never quite get to the top of it, you know what I mean? You feel you get a bit up the mountain and then you fall back down again.

DANIELS It’s so rich. The writing is so rich.

BYRNE Yeah, and there’s a ruthless kind of honesty to it, even to O’Neill’s titles — for example, it’s not called Long Night’s Journey Into Day, because the ruthless honesty of his writing is that we are all headed for night, and there’s no cozy resolution, no “closure” at the end of it. His wife described him coming out of the room where he wrote this play bloodless, shaking, in tears, and he refused to have the play performed during his lifetime because I think he must’ve felt enormous shame and guilt about having subjected his family to this kind of microscopic, emotional and psychological observation. Not to be too pretentious about it, but I’ve always felt that like — especially in O’Neill — the role of the actor is to say, “Okay, he wrote this and it cost him an enormous amount to do it. My job is to take what he’s written, and as best as I can, good, bad or indifferently, present it to those people who’ve come in.” It feels to me that as an actor, you get to feel very powerfully your sense in the chain of handing it on. 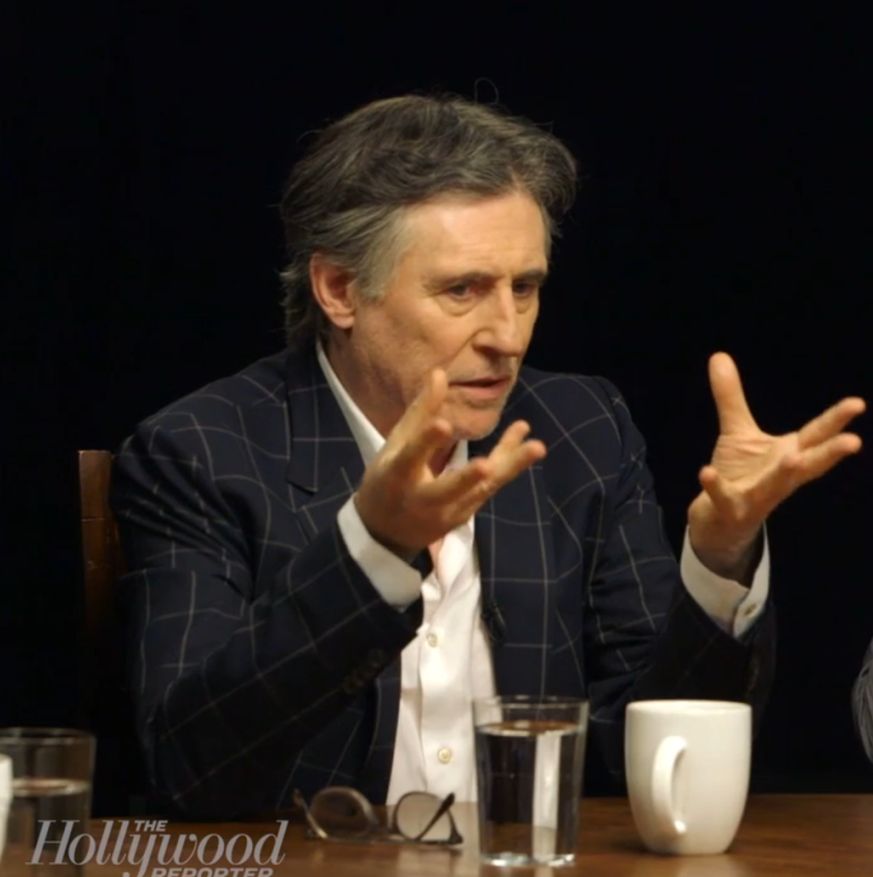 On enjoying the role in the play and on doubt:

The effort and endurance that’s required for these parts is amazing. We’ve got Alex going at a frenzied pace — performing, singing, dancing — for almost every minute of his show. Gabriel is doing almost four hours, six times a week. Jeff is doing 90 minutes, but full-speed ahead, no intermission. How do you prepare yourself for this sort of thing? It’s basically, I guess, pain management, right?

DANIELS Let’s start with four hours. I saw it, it was great and Gabe was great, but my God, my God, my God. I go, “They’re still acting?!” The curtain would come across. “They’re still acting?!” I felt so guilty because we’re only, you know, 90 minutes, maybe, which feels like 12. Compared to what Gabe’s doing, it’s like we’re out there for 12 minutes!

BRIGHTMAN And their show doesn’t fly by for good reason. I think it has to be that long.

DANIELS No, you get drawn more and more into it.

BRIGHTMAN It doesn’t feel that long, it’s like 10 minutes. You have to feel it with them.

BYRNE People say to me, “Are you enjoying it?” I don’t think you enjoy anything like that, in the sense that, “Oh yeah, fantastic. Bring it on.” But there’s a very quiet satisfaction at the end, maybe due to the fact that you’ve gotten through it. And it’s that satisfaction at the end of having done it that keeps me going on. I think you have a duty to the audience to say, “Okay, I’ve got to be fit and disciplined and focused,” because when you’re in any show you’re not just dependent on your own memory and your own focus and discipline, but you’re dependent on everybody else. It’s a bit like a mountain climbing metaphor: if one person slips, five people go down the mountain. That’s especially true with this play, because it’s so much repetition. But I think that having long-term focus and long-term discipline comes back to just saying each night, “Okay, well, tonight I’ll get through it and to hell with everything else.” I think that my biggest problem is I tend to suffer a lot from doubt. I’ll be in the wings and when they say that awful moment of, “Places, please,” you think, “Well, I have all these words in my head. Will they all come out the way that hopefully they want to come out? You got through it last night, but can you get through it tonight?” Keeping that at bay is difficult for me, because if I start to let that in it can effect the performance. If you do lose focus, even for a couple of seconds in any play, and you have a version of, “Did I leave the kettle on?” as you’re doing “To be or not to be,” you pay for that. [laughs] So you have to be absolutely intent on everything that happens. I don’t know if that means anything to anybody?

BURSTEIN Absolutely. I feel so much more normal, now that I know Gabriel Byrne feels the same things that I feel. 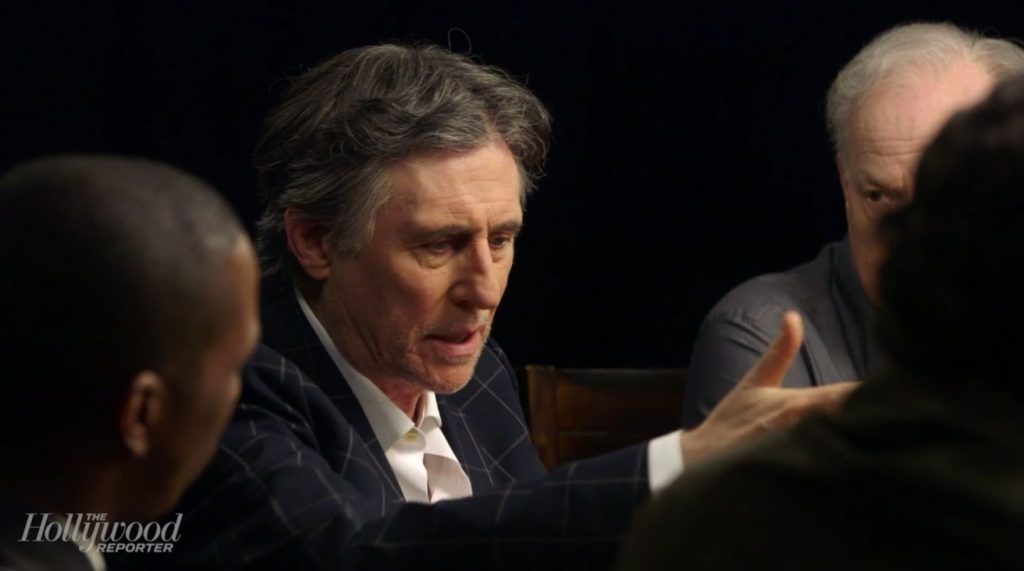 BYRNE I don’t think anybody in Hollywood ever sat down and said, “Let’s make a really great artistic picture.” It’s run by corporations, movies are products, the products have to sell to the widest possible audience and, in order to do that, they shave off anything that’s emotionally challenging or complex. Here’s the thing that I’ve noticed: when I look out at the audience during the curtain call at the end, I don’t see any diversity. It costs a lot of money to go to Broadway, and you wonder where the next wave of young writers and young actors is going to come from because the lure of television and film is so strong, for obvious reasons. I used to be a teacher in Dublin, and one day I started a drama class — I knew nothing about it, I just used to take them to the movies and to theater and we’d discuss it — and the difference between them in a drama class and in a conventional class was enormous because they discovered something that allowed them to express themselves. It was unselfconscious, in the sense there was no career involved. But the power of drama to alter children’s lives and people’s lives is incredibly moving. And when I look out at the audiences, I think to myself, “Is there any way that Broadway can address the expense notion? Maybe doing shorter runs so that actors can be more accommodated? And how do you produce diversity in Broadway audiences?” Hamilton is one thing, but you can’t get into that. 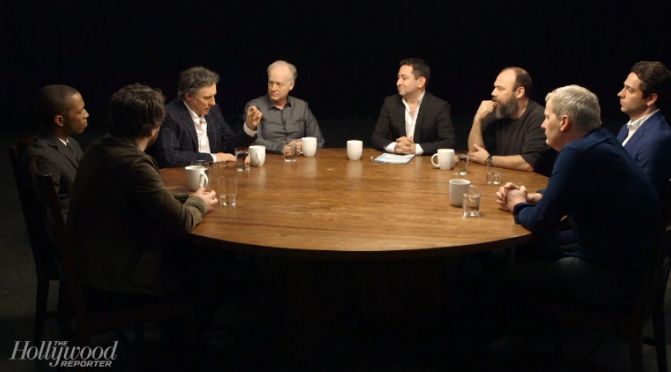 On what you’d be if you weren’t an actor…

There is so much more in this conversation, so please do read the entire transcript and watch the video! 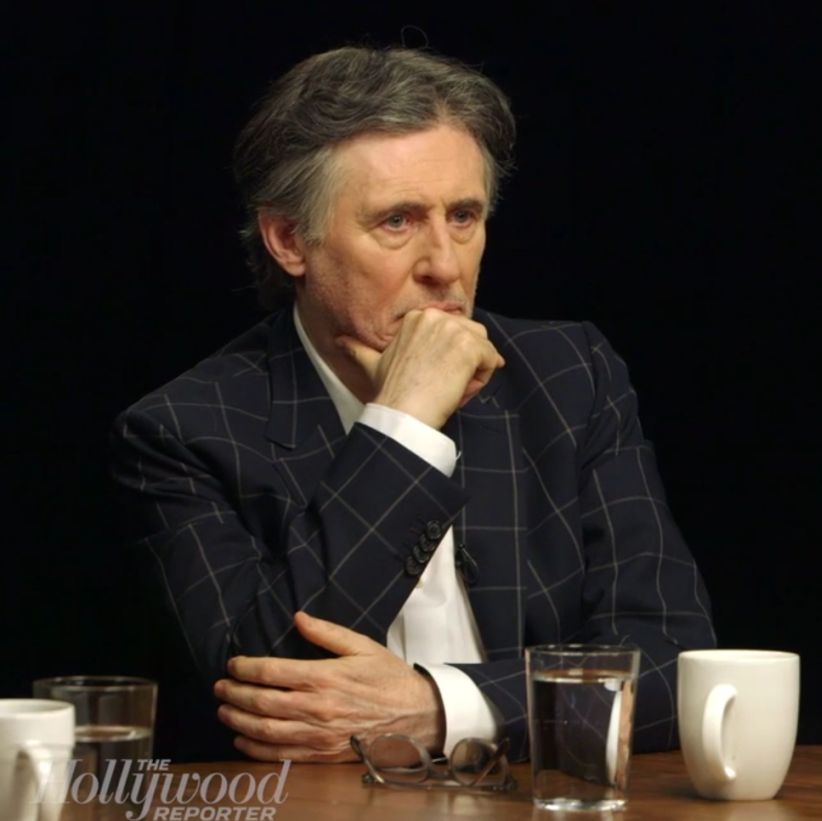