Byrne the Screen for Halloween!

My tradition for All Hallow’s Eve for the past few years: I get comfortable in the dark with popcorn, miniature Snickers bars, a glass of Dark and Stormy Night punch, and Stigmata on my television screen. If I start early enough, I usually watch another of the films on the list below, but I always watch Stigmata. It is the PERFECT Halloween film for Byrneholics! So, that’s my recommendation to you, but please do read this posting because Mr. Byrne has lots to offer when it comes to deliciously frightening us! wink

Gabriel Byrne has shocked the heck out of us in several scary movies over the years. Here are the four films that best showcase his knack for combining his dark good looks with intelligence and humor in the face of the supernatural. He is always believable in these roles. Introspective priest, Romantic literary icon, a desperate father, or Satan Himself: he endows them all with his special brand of strength, wit, and humanity (Ok. Maybe no humanity in the case of Satan, but you know what I mean). These films combine elements of horror, psychological suspense, and romance to create complex stories that frighten and thrill us at Halloween, and the rest of the year, too! So, enjoy the scary Gabriel and Byrne up your screen on All Hallows’ Eve! 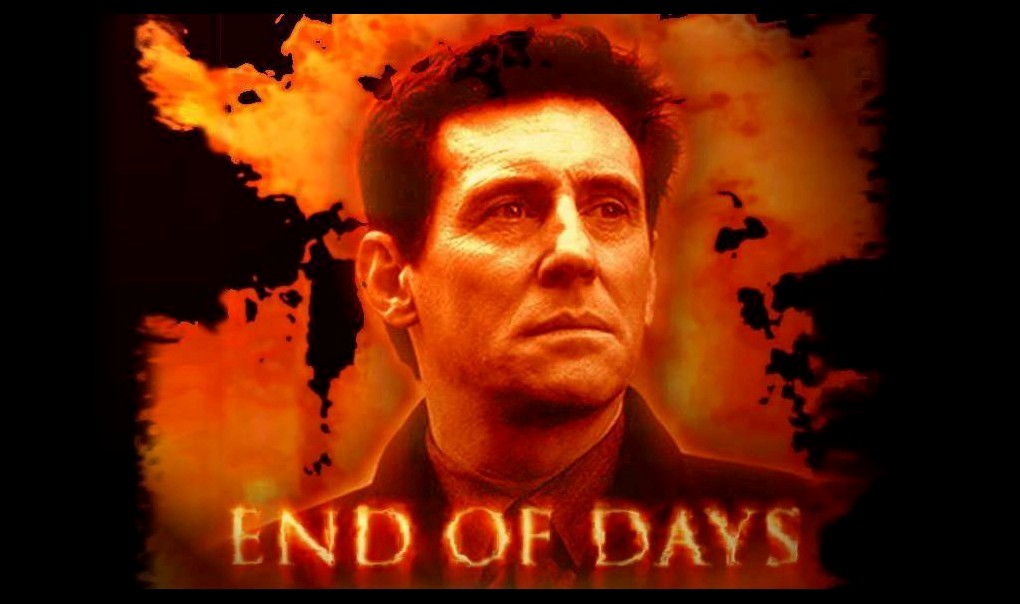 The Man is a New York City banker who unexpectedly finds himself all powerful and feeling very evil. Sound familiar? Back in 1999, everyone feared the new Millennium, not the political aspirations of big city bankers. Turns out the Y2K bug was a big bust and big city bankers now rule a large chunk of the world. Who knew? Check out Gabriel’s Satan in his fashionable Armani coat and enjoy his slightly sardonic demonic turn in this old-fashioned Hollywood blockbuster. Former governor Arnold Schwarzenegger is the heroic lead and Rod Steiger has an incredible turn as a world-weary priest. And there ARE scary parts, so you have been warned! 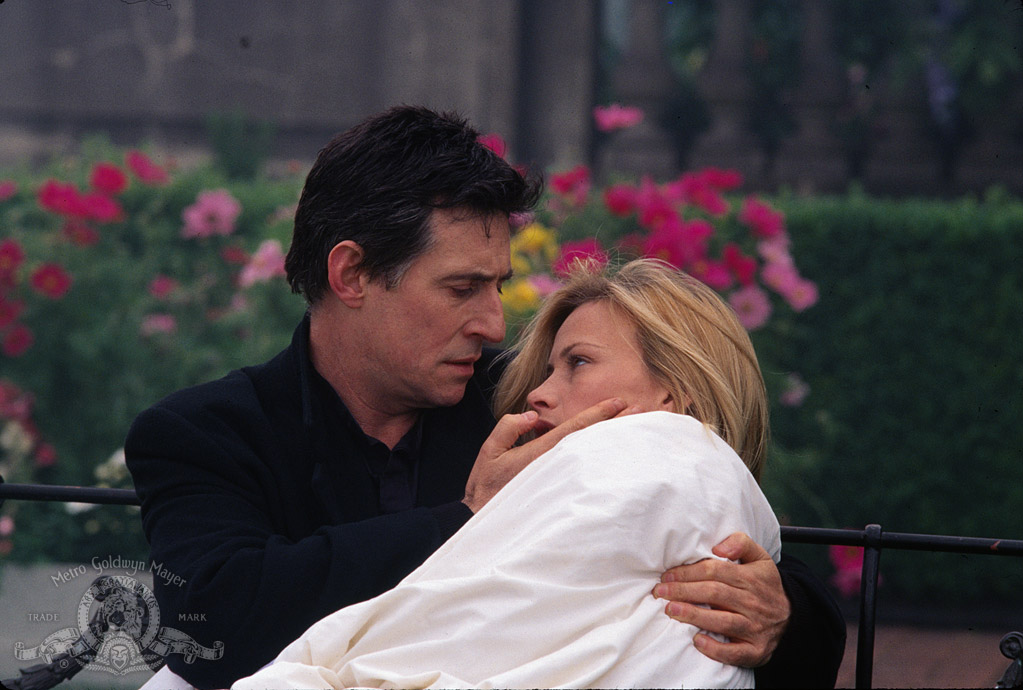 If Gabriel Byrne had continued his studies and become a Catholic priest in real life, chances are he would be a lot like Father Andrew Kiernan, the scientist/priest in this film. Challenged by supernatural mysteries he cannot explain, Gabriel’s Andrew remains stalwart and unafraid during the fireworks of this complex mix of religion, music video, and romance. He finds an equal partner in Frankie, portrayed by the always intriguing Patricia Arquette, who stays strong while everything around her goes up in blood and flames and alternative rock music (Billy Corgan helps with this). There are lovely romantic sparks between these two, but they are interrupted by–you guessed it–stigmata! So distracting! Added bonus: you get to pick your ending! 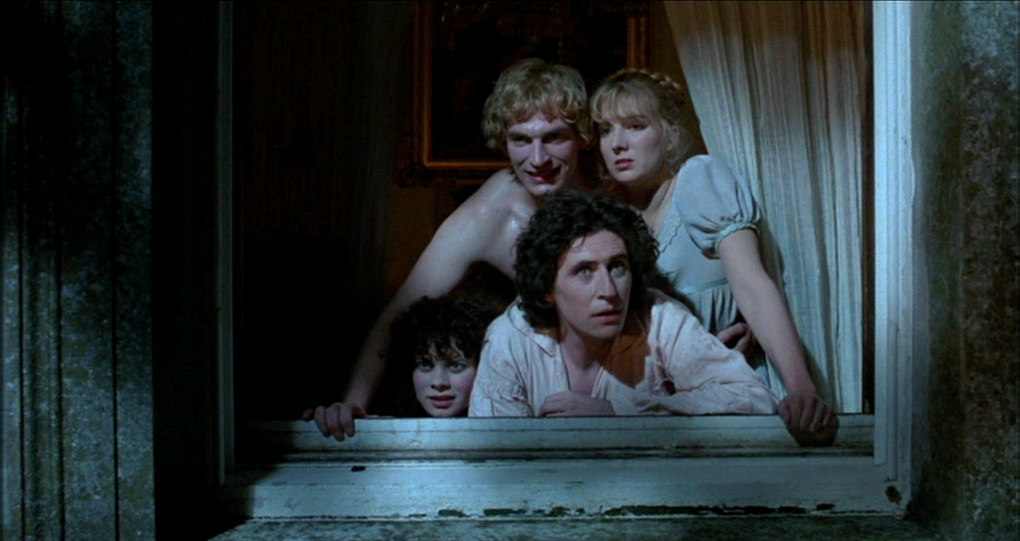 This early collaboration with legendary director Ken Russell is a perfect example of Gabriel’s commitment to creating a believable character and holding true to that character’s arc, no matter what shenanigans the story might swirl all around him. His Byron is sexy, sly, handsome, (did I say sexy?), and dangerous to know. This recounting of the night that inspired Mary Wollstonecraft Shelley to write her masterpiece Frankenstein is majestically crazy and manages to capture the gothic spirit quite well. Horror, dread, romance, dreams, and individualism are all a part of this wicked literary tale. And maybe drugs? Not sure, but there are bare chests and bums, so beware!

Finally, for our last Byrne-ing film, we have the most serious and the most psychologically thrilling of them all: Spider. Based on Patrick McGrath’s spell-binding novel of horror and madness, the film is directed by David Cronenberg and boasts a script by McGrath. The cast is outstanding. Cronenberg filmed in London and you can feel the fog and the grime in the air. The story unfolds with an almost unbearable sense of foreboding, but there are bits of humor and drama along the way to the inevitable horror of the truth. Gabriel Byrne has famously said this was his most difficult role and I believe him–he is the thread that holds the narrative together, in many ways, and it could not have been easy to accomplish this. His hard work is our terrifying gain, though, so give yourself up to the scariness of Spider (but keep a light on in your darkened room, okay? You will need it).

Not enough to Byrne up your screen? More horrific films in the Gabriel Byrne Hall of Horror Fame include The Keep (sci-fi/historical horror), Ghost Ship (gore and ancient curses horror), and his recent foray into the land of vampires, Vampire Academy (teen comedy horror).

Two wallpapers to adorn your desktop in properly scary fashion: 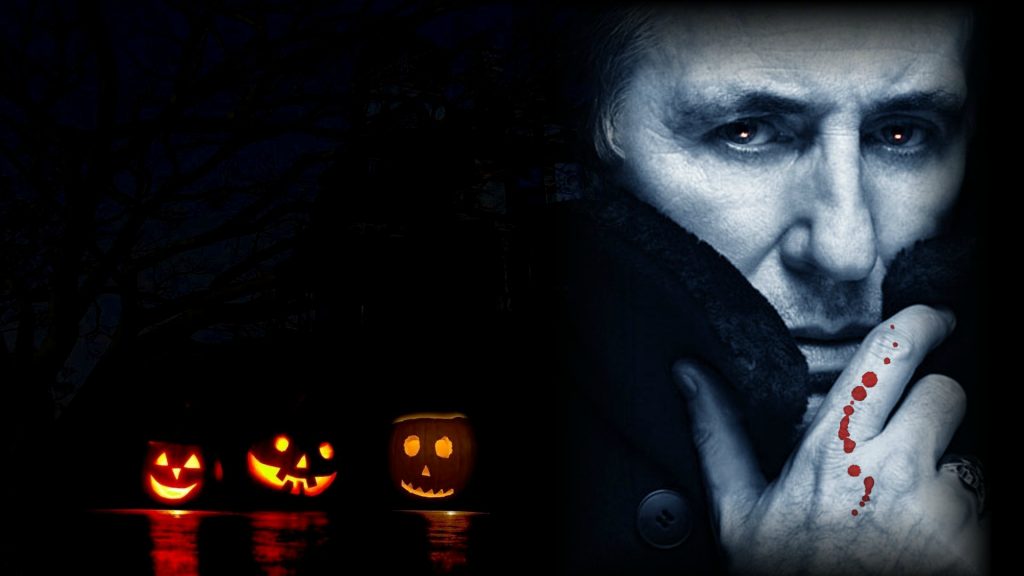 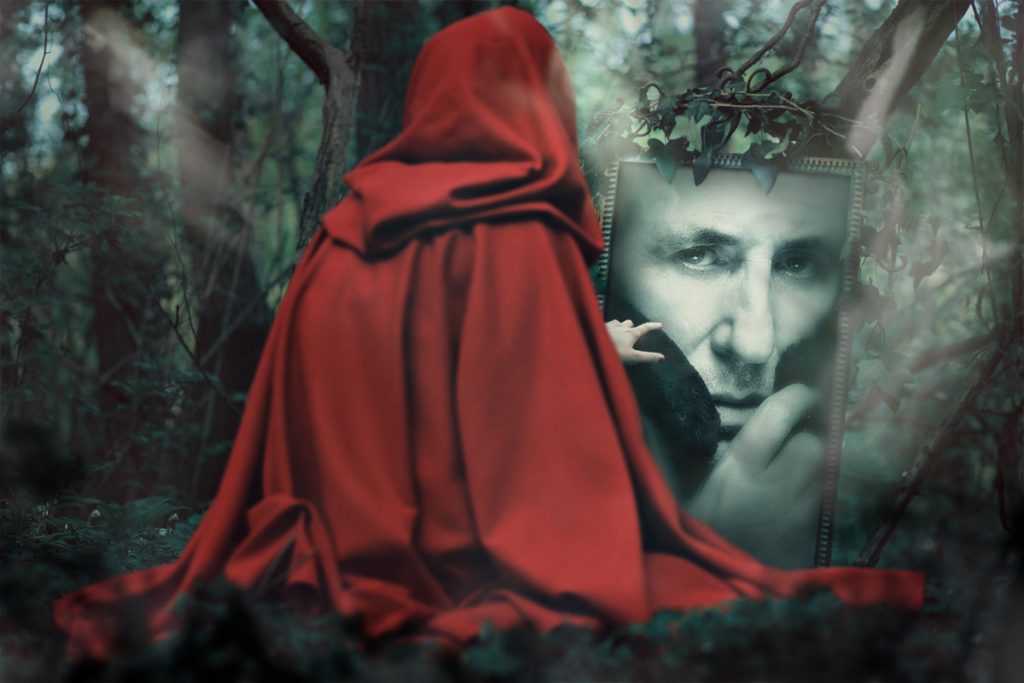 Enjoy these films and I wish A Safe and Scary Halloween to Byrneholics Everywhere! heart