CARRIE PILBY: The Reviews Are In!

One of the wonderful things about Gabriel Byrne’s new film, Carrie Pilby, is that he plays a supporting role in a film created by women. If you read my Women’s History Month posting, then you know Carrie Pilby is written (both the original book and the screenplay), directed, and produced by a group of women who are all fiercely dedicated to telling this story of a brilliant young woman’s journey to becoming herself. The reviews below indicate that they have been successful in bringing the novel to the screen and reaction on Twitter to the film has been loudly enthusiastic! So, it’s gratifying to me, as a feminist and supporter of women in the arts, that Gabriel was able to participate in this project and show his support for women in film.

For more background on how the film was made, here is a great interview from Fast Company with Susan Johnson, director + Caren Lissner, book author + Suzanne MacNeil Farwell, producer.  Susan Johnson was interviewed at the Toronto International Film Festival, where the film premiered, and screenwriter Kara Holden talked to Script Magazine about adapting Caren Lissner’s book for the movies.

And, just so you don’t think Gabriel is the only male in the cast, be assured that Carrie has some intriguing guys to complicate her life, played by Colin O’Donoghue, Jason Ritter, and William Moseley. Nathan Lane plays her shrink. The way I see it, if you can’t have Gabriel Byrne as your shrink, Nathan Lane is the very next best thing! 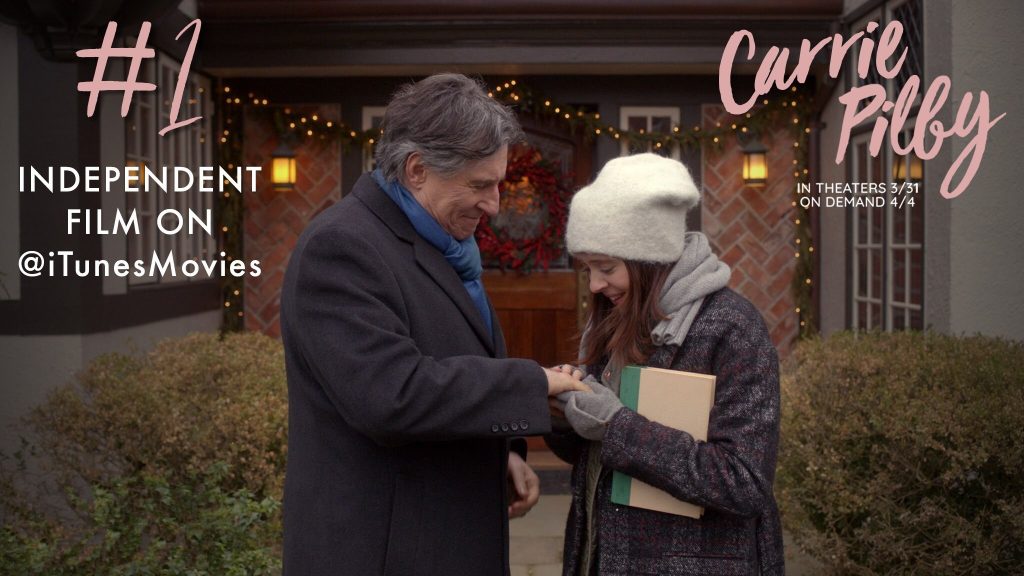 And be sure to check out the official page at BraveArt Films!

Now, here are some of the glowing reviews the film has received:

Powley, who had a powerful naturalism as another precocious girl in her breakout role in 2015’s “The Diary of a Teenage Girl,” finds unexpected avenues into a familiar character type. Once again, her timing is just spot-on, and her screen presence is so appealing that she always keeps the film watchable, even when it’s not necessarily believable.

Carrie is the smartest person in the room at all times but she’s too miserable to enjoy it. She has trouble dating and making friends but she’s never at a loss for words. And while she has incisive analysis on the ready, regardless of the situation, she has a harder time understanding herself.

“What’s so great about being happy, anyway?” Carrie asks her therapist (Nathan Lane) in one of her weekly sessions, which give the film its narrative structure. “There are some brilliant, unhappy people.” But the therapist, who’s a longtime friend of Carrie’s wealthy, widower father (Gabriel Byrne), is well aware of what an unusual young lady she is. A native Londoner, Carrie now lives by herself in Manhattan. She skipped three grades and graduated from Harvard at 18. A year later, she works as a proofreader at a law firm but doesn’t really need the job. 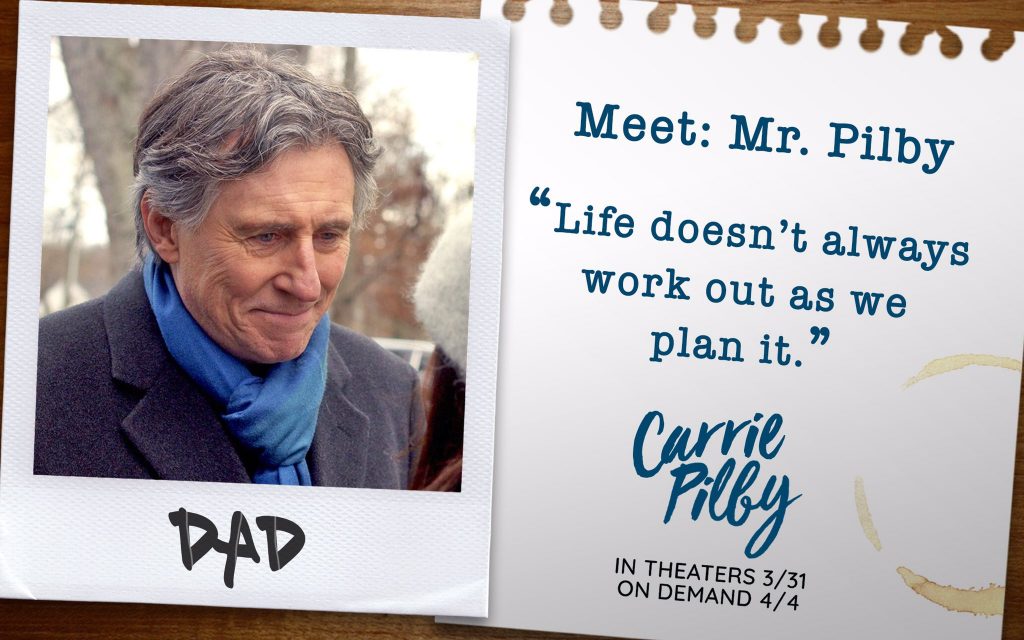 …Smart casting and an impressive restraint shine through, allowing the bittersweetness of Carrie’s ever-frustrating quest to let her emotional maturity catch up with her mental prowess limn the edges and make the bigger comic moments really pop. With a lead as radiant as Powley, it would seem like Johnson may have had it easy for her directorial debut after producing such films as “Mean Creek” and “God Help the Girl,” but then again, she’s frequently pulling off scenes that were likely difficult to achieve yet don’t call attention to themselves — one such moment, an evening stroll between Moseley’s Cy and Carrie around a few New York City blocks where the conversation becomes effortless, is a particularly glorious marriage of style and substance as all the complications that Carrie’s mind presents her with, exceeded only by the logistics of getting that long, uninterrupted take, falls away and she’s suddenly in sync with the world. It’s a better place with “Carrie Pilby” in it. 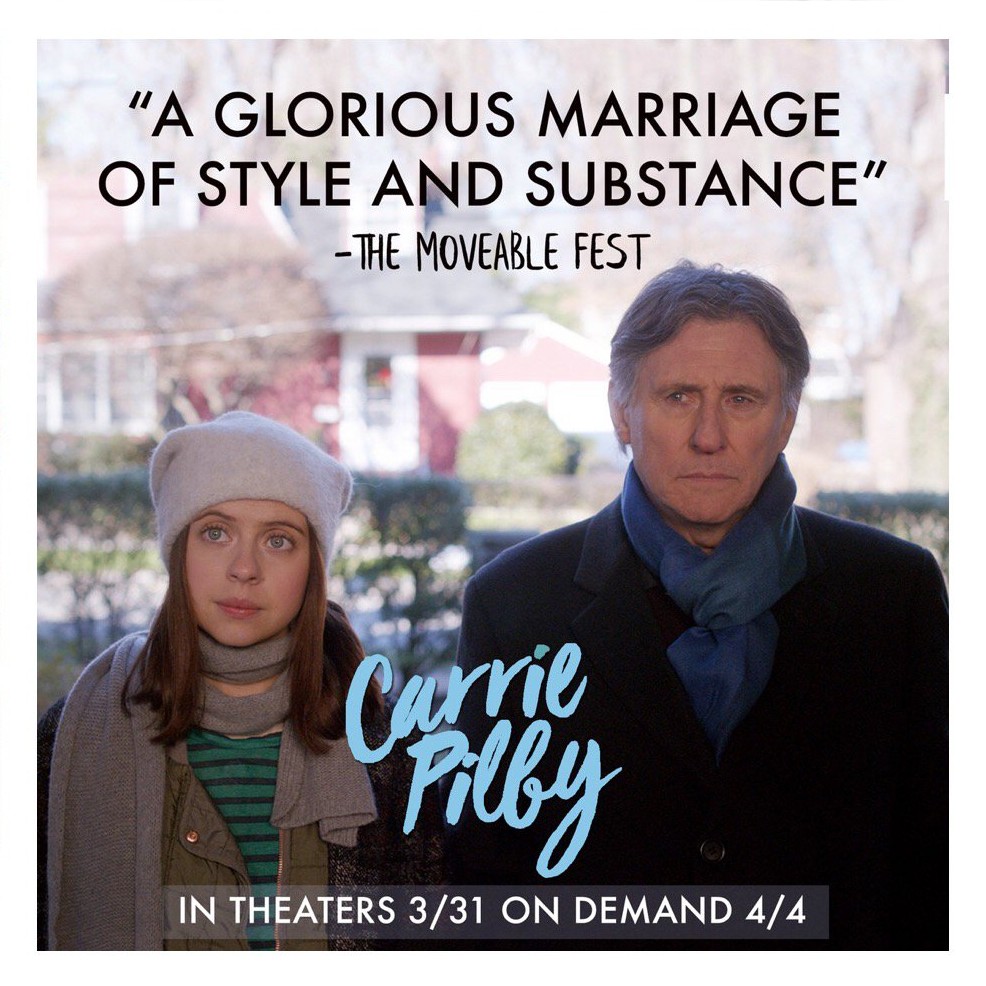 It’s a fairly familiar romantic dramedy, full of the comfortable clichés of the subgenre that’s all about an awkward, immature nerd figuring out how to go about grownup business like romance, sex, and not being a totally judgmental fool. But Carrie Philby distinguishes itself because its awkward, immature nerd is a young woman; it shouldn’t be so rare to see a woman convincingly portrayed as a person who is a poignant work-in-progress, one worth others taking a chance on, but this where we are. It helps, too, that the wonderful Bel Powley (The Diary of a Teenage Girl) plays Carrie, and beautifully captures both the painful rawness of Carrie’s youth but also the steeliness of her convictions that will, we can see, serve her well into adulthood.

In her directorial debut, Susan Johnson balances the character’s haughty brilliance and aimless privilege with an underlying vulnerability. Johnson treats Carrie with protective compassion during romantic entanglements with men who disillusion, challenge, and comfort her. Happiness is a gift this lonely young woman didn’t believe she deserved, and Carrie accepts it with both gratitude and relief.

It’s no surprise, then, that Carrie’s story came to be told by women, not men. Carrie Pilby is very much a film made by women, about women, and for women. Based on a young adult novel of the same name, the screenplay was written by a woman, Kara Holden, marks Johnson’s directorial debut, and has a multiple female producers. In fact, in the same interview, Johnson revealed that the film’s female protagonist and female creative team added a huge challenge to simply getting the film made. “Getting people to pay attention to us was much harder than it should have been,” Johnson said. Well, we’re paying attention now.

So, there you have it! Carrie Pilby is out now and you should see it immediately and report back here! heart 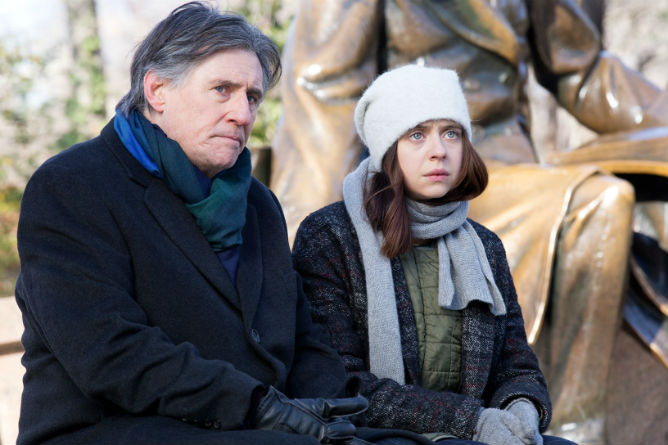 Gabriel Byrne and Bel Powley,
not looking very comedic here, but I’m sure this drama is only temporary… wink 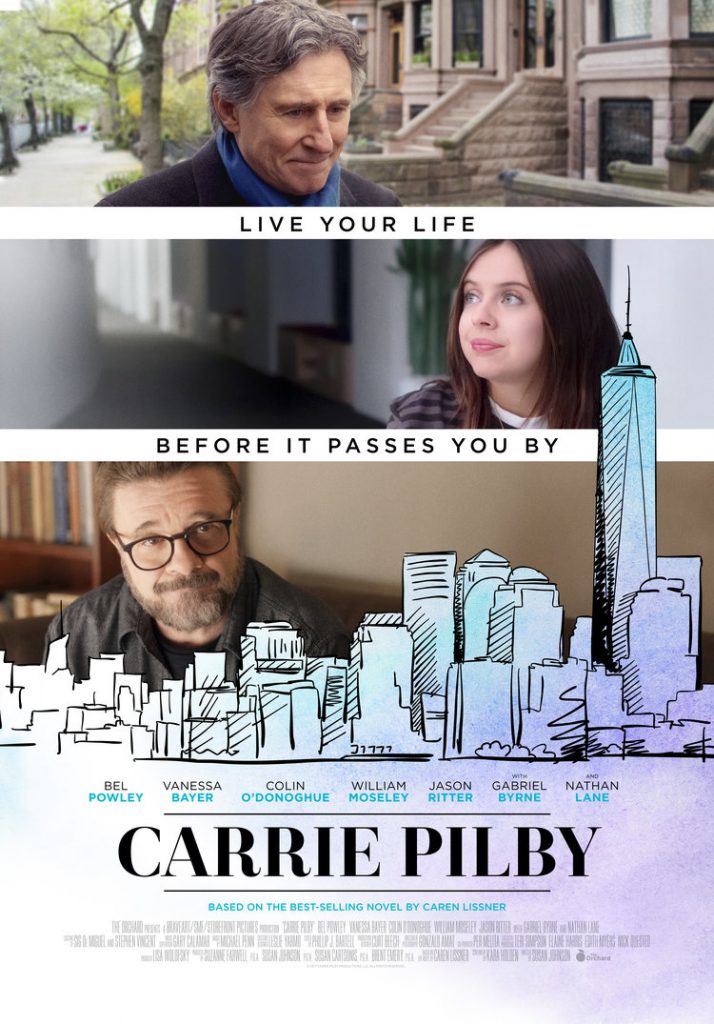