G. B. Shaw Documentary Airs on RTÉ One!

Gabriel Byrne’s new documentary My Astonishing Self: Gabriel Byrne on George Bernard Shaw will air on RTÉ One in Ireland on Wednesday, December 6 at 3: 35 pm.

Helpful folks at the RTÉ International Player tell me that this show will not be available for viewing outside of Ireland, so those of us unlucky enough not to live there must bide our time and see this at some future date. Drat!

Meanwhile, there is information below, including some great, but short, clips. So enjoy these little glimpses of this intriguing new Gabriel project and we shall hope for a complete viewing someday soon. 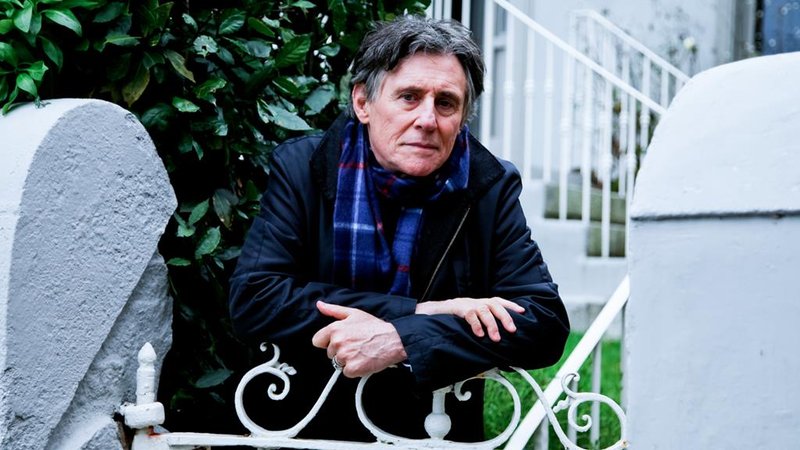 From the RTÉ Presspack:

Internationally-renowned Irish actor Gabriel Byrne explores the life, works and passions of George Bernard Shaw – a giant of world literature, and, like Byrne, an emigrant Irishman who had to leave to be heard: Shaw learnt the outsider’s ability to observe, needle and puncture.

“We probably should have given him greater recognition: we here in Ireland owe him a great deal” -President Michael D. Higgins

Pygmalion. Saint Joan. Major Barbara. Man and Superman. Heartbreak House… this documentary is the story of the great man behind great works – Gabriel Byrne believes that Shaw is the most relevant thinker, artist, and literary genius Ireland ever produced… but one of many that had to leave Ireland to find his focus, his voice, and his soul. 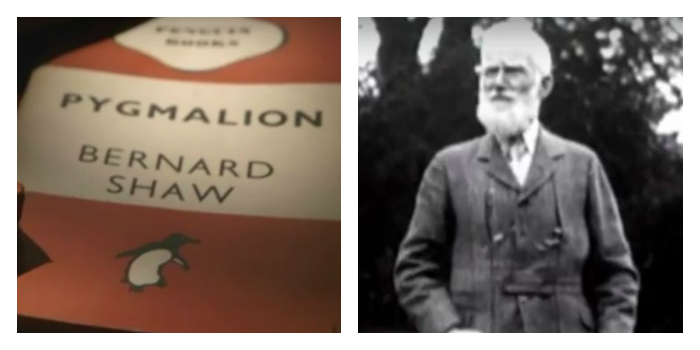 The documentary is directed by Gerry Hoban, who made the award-winning and acclaimed ‘A Fanatic Heart’ – Bob Geldof’s passionate portrait of the poet WB Yeats.

A passionate and timely one-hour documentary jointly commissioned by RTE and the BBC. 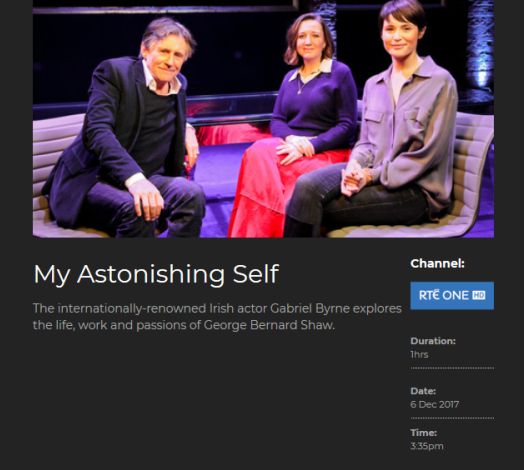 So far this year, Gabriel Byrne has paid homage to two Irish titans of literature: James Joyce and George Bernard Shaw. Who might be next? Let’s wait and see, shall we?