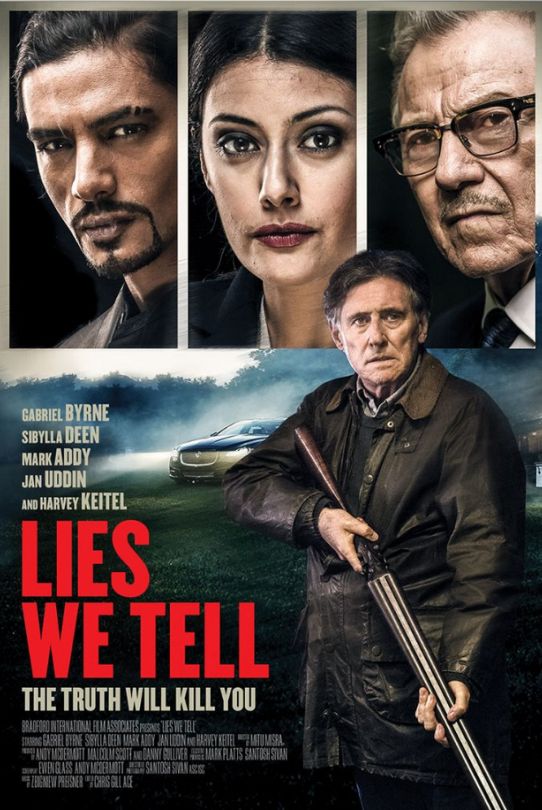 We had originally thought Lies We Tell would premiere at Cannes, but instead the film is being shown at the Cannes Film Market, where distributors have an opportunity to screen new projects.

And now Variety reports Lies We Tell has found a German distributor:

Germany’s Tiberius Film has bought rights to three films in the Cannes Film Market, including thriller “Lies We Tell” (pictured), starring Gabriel Byrne and Harvey Keitel, and horror film “The Crucifixion,” which unites French director Xavier Gens with the team behind “The Conjuring.”

“Lies We Tell” sees Golden Globe winner Byrne as the faithful right-hand man of a dead gangster who finds himself pulled into a dangerous showdown where he must deal with his boss’s mistress and her gangster ex-husband. Gina McKee and Mark Addy co-star…

Tiberius’ managing director Wolfgang Carl said the Cannes market was crucial for the company and that he considered the three acquisitions to have excellent potential for the German market.

Read more about the film at the Lies We Tell Projects Page. And here is a new promotional still. We are looking forward to Gabriel’s new film and hope that this is just the first of many distribution deals for it! heart 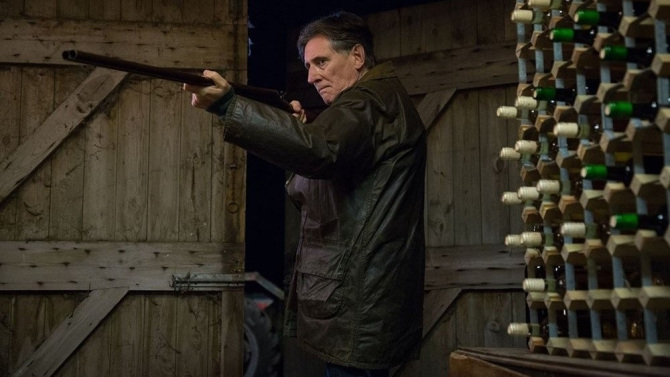 Mr. Byrne with a firearm often signals “bad guy,” but not this time! wink