If you read the latest Byrne-ing News, you know that the Fall Season is starting up and that means more news!

Mad To Be Normal has found its US distributor: Samuel Goldwyn Films! After a spring and summer of showing in almost every theater in the UK, fans in the United States will finally get a chance to see this film sometime this winter.

Mad to Be Normal, the biopic about 1960s celebrity psychologist R.D. Laing that stars David Tennant and newly minted Emmy winner Elisabeth Moss, has been acquired by Samuel Goldwyn Films. The pic written and directed by Robert Mullan had its world premiere at the Glasgow Film Festival in February, and a winter 2018 theatrical release is being eyed.

Based on early reviews and a close look at the trailer, it is clear that Gabriel’s role in this film is a major departure from his usual characters. It is exciting to see him take on this new challenge. 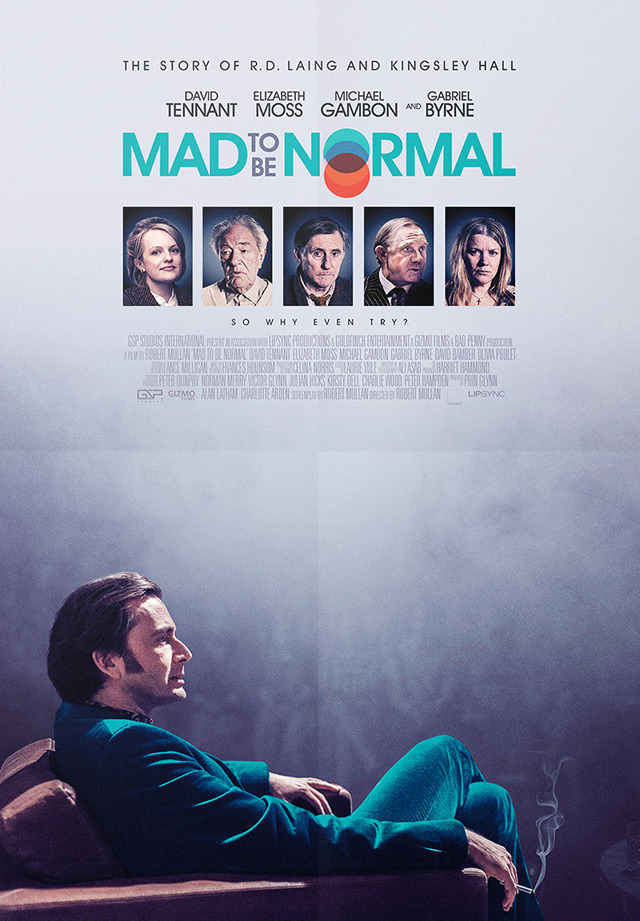 Mad To Be Normal won the Best International Film award at the Galway Film Fleadh on July 16. There was no mention of Mr. Byrne being in attendance. However, during the same time period, he popped up at the NUI Galway Archives to view the manuscripts of Eugene O’Neill. So he may have been at the Fleadh as well… 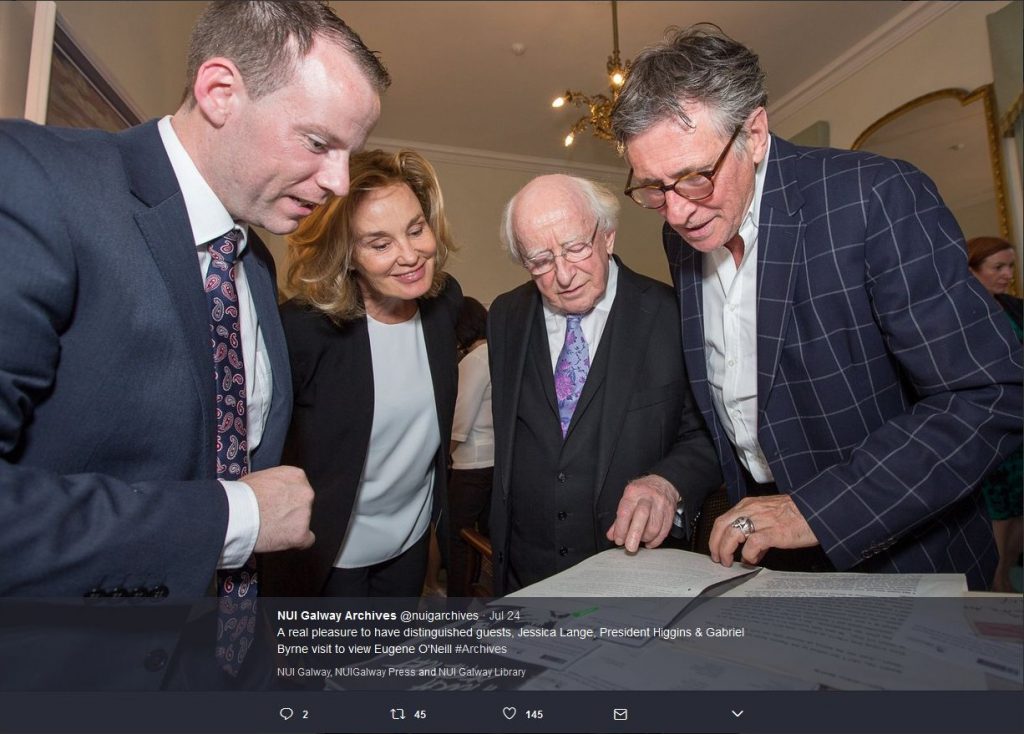 Stay tuned for more news as it happens! Autumn is definitely in the air! 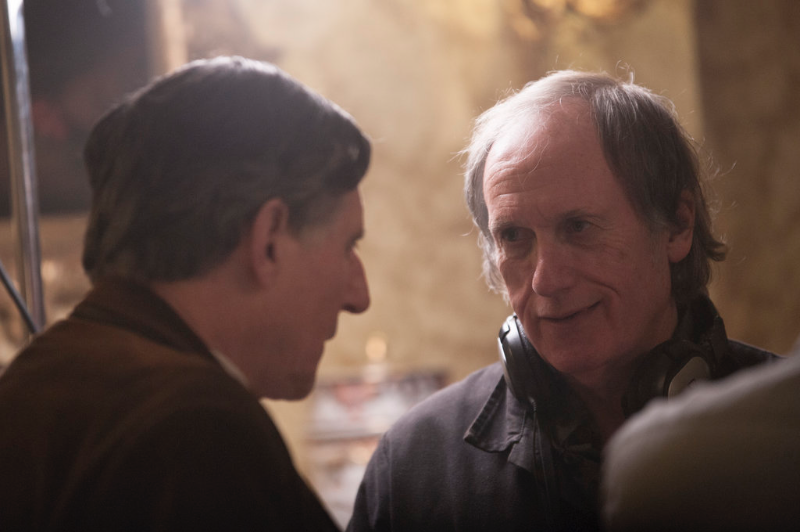 Gabriel Byrne on the set with writer/director Robert Mullan