MAD TO BE NORMAL: New Trailer!

The trailer for Mad To Be Normal has finally dropped and it is chock full of Gabriel Byrne!

It seems fairly clear from the trailer that Jim, the character Mr. Byrne plays in the film, is a patient of R. D. Laing. This drama seems to have its humorous moments, too.

As you know, the film will have its premiere at the Glasgow Film Festival on Sunday, February 26, where it will screen at three theaters simultaneously. And…

A private screening for investors was held in London in October, 2016. It is fun to see the reaction to the film and to know that the audience was excited about it; we would expect this, of course, but it is always nice to see positive reaction to Gabriel’s work (and I hear David Tennant is a pretty good actor, too. LOL!): 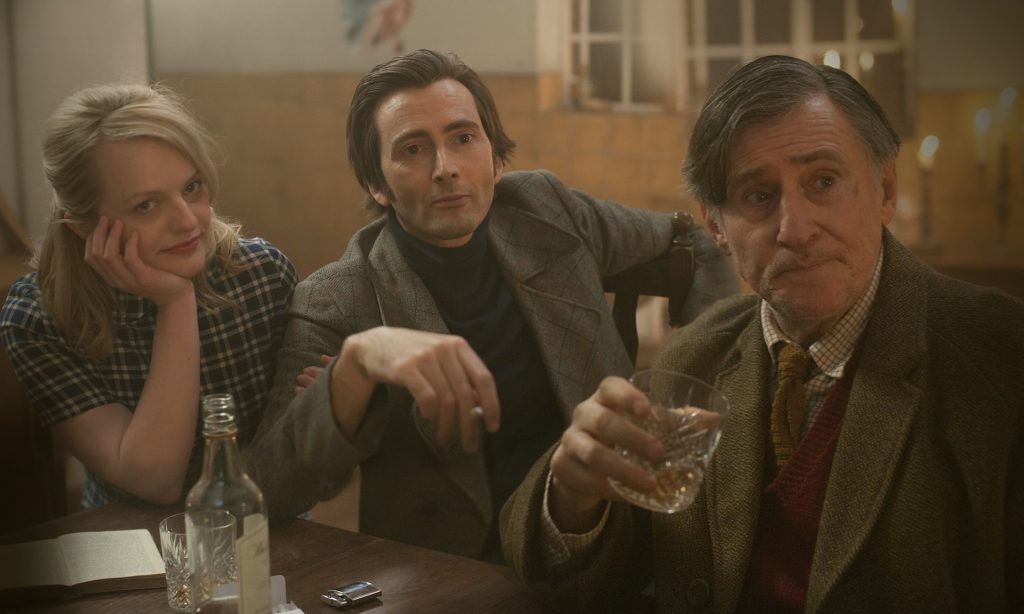 Let’s toast the success of Mad To Be Normal!

Screencaps from the trailer

Those interested in more information about R. D. Laing should check out this Independent article about him.

A man who challenged medical orthodoxy as much as he did was always going to make enemies within the Establishment. Laing argued that the old Bedlam-based system of incarcerating people with mental illnesses and treating them with anti-psychotic drugs and inhumane electric-shock treatment had contributed to people’s psychological and emotional distress and was therefore part of the problem. With his beliefs in the power of self-healing, he became an important part of the anti-asylum movement, which worked towards the community-care model that is the norm today – a process first advocated in 1962 by the then Tory health minister Enoch Powell (for mainly economic reasons).

Laing had some ground-breaking ideas about mental health and the care of the mentally ill. He was also a very good writer. I read his book Knots in school–not an easy book, but worth it. I look forward to this film and I’m sure you do, too!