Good news for fans in the United States:

Mad To Be Normal is written and directed by Robert Mullan and stars David Tennant, Elisabeth Moss, Gabriel Byrne, Michael Gambon, and David Bamber. It premiered at the Glasgow Film Festival on February 26.

In a brief clip, we see a bit of Gabriel’s character, Jim:

The film’s website is no longer available (as of February 2019), but it did contain lots of information about the cast and crew:

And here is a list of cinemas showing Mad To Be Normal in the UK starting now! 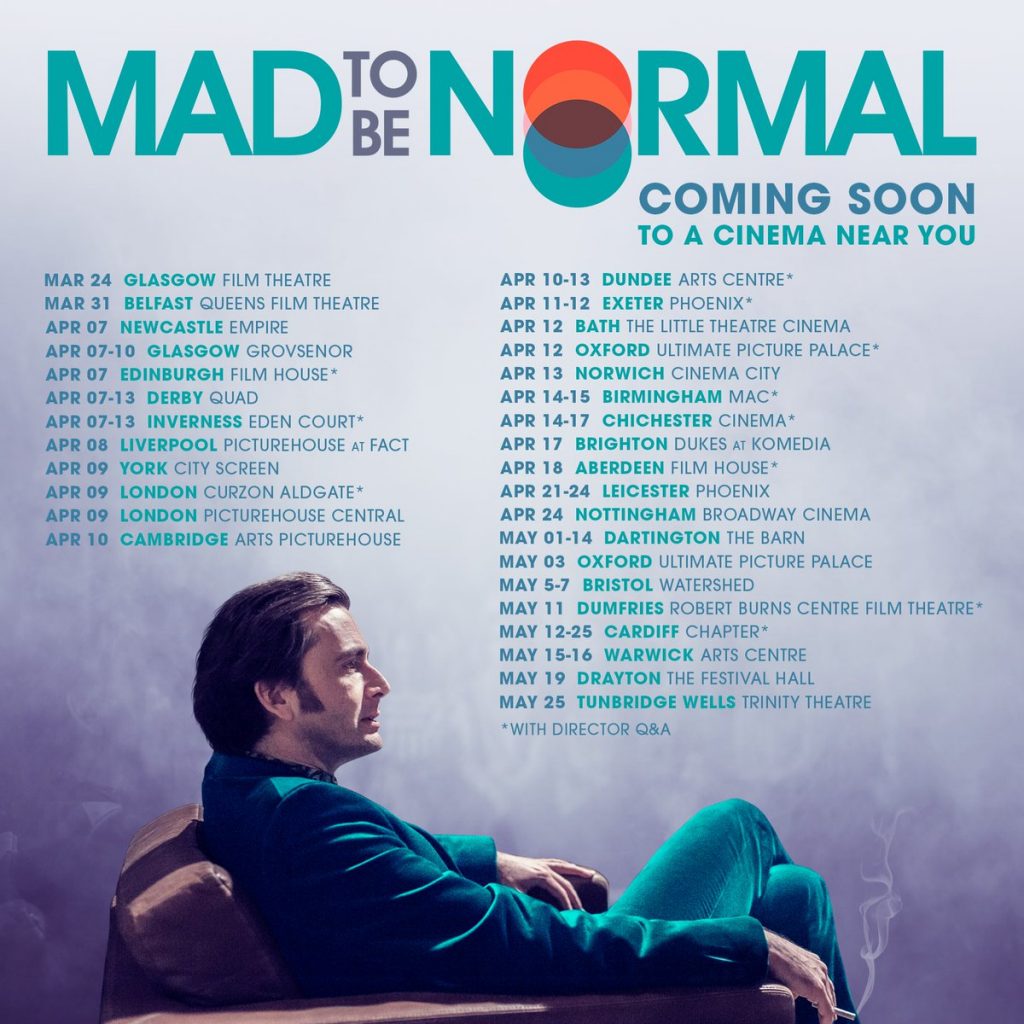 More news, reviews, and information about a US release in the coming weeks, so stay tuned! heart