Roe McDermott’s interview with Gabriel Byrne from April, 2016 was originally behind a pay wall, but now it has been made available by Hot Press. Thank you, Hot Press!

As usual, Mr. Byrne covers a wide range of topics, including US and Irish politics, sexism in Hollywood, and the importance of understanding technology. He also shares personal thoughts on becoming an actor and trying to maintain his privacy in a world besotted with social media. He is energetic, insightful, opinionated as heck, and wonderful. We all love reading his interviews and learning more about what makes him tick and what makes him think. This is a good one. Enjoy!

Now 65, the Dubliner puts in another stunning performance in Joachim Trier’s Louder Than Bombs. He plays a father struggling to cope with the death of his wife (Isabelle Huppert) and trying to raise his two sons. Byrne’s character is kind and patient yet also frustrated and resentful. As we sat down for a chat, I wondered about the extent to which that description might fit a man who is rightly regarded as one of the greatest Irish screen actors of all time.

On Louder Than Bombs

The film deals with the family beautifully, because it addresses the layers and complexities of their relationships…

I loved the film because it’s about grief, and letting go, and about memory. It’s a film about how the past and present collide. The notion of exploring grief from the point of view of a fractured family was fascinating. Grief makes people go inward. It’s only when they learn to relate to it as a family that they can deal with the loss. There is no escaping grief.

Everybody has to deal with it, in his or her own way. The person who is gone is no longer there in the physical sense. And yet to me the film always struck me as kind of a ghost story. The mother and wife is there in memory, in photographs, in conversation. One of the things I love about Joachim’s films is he takes risks. When he holds a long close-up on Isabelle you become aware that she’s actually haunting the three lives. Even though she’s passed on to somewhere else, her role as a mother is still obvious. 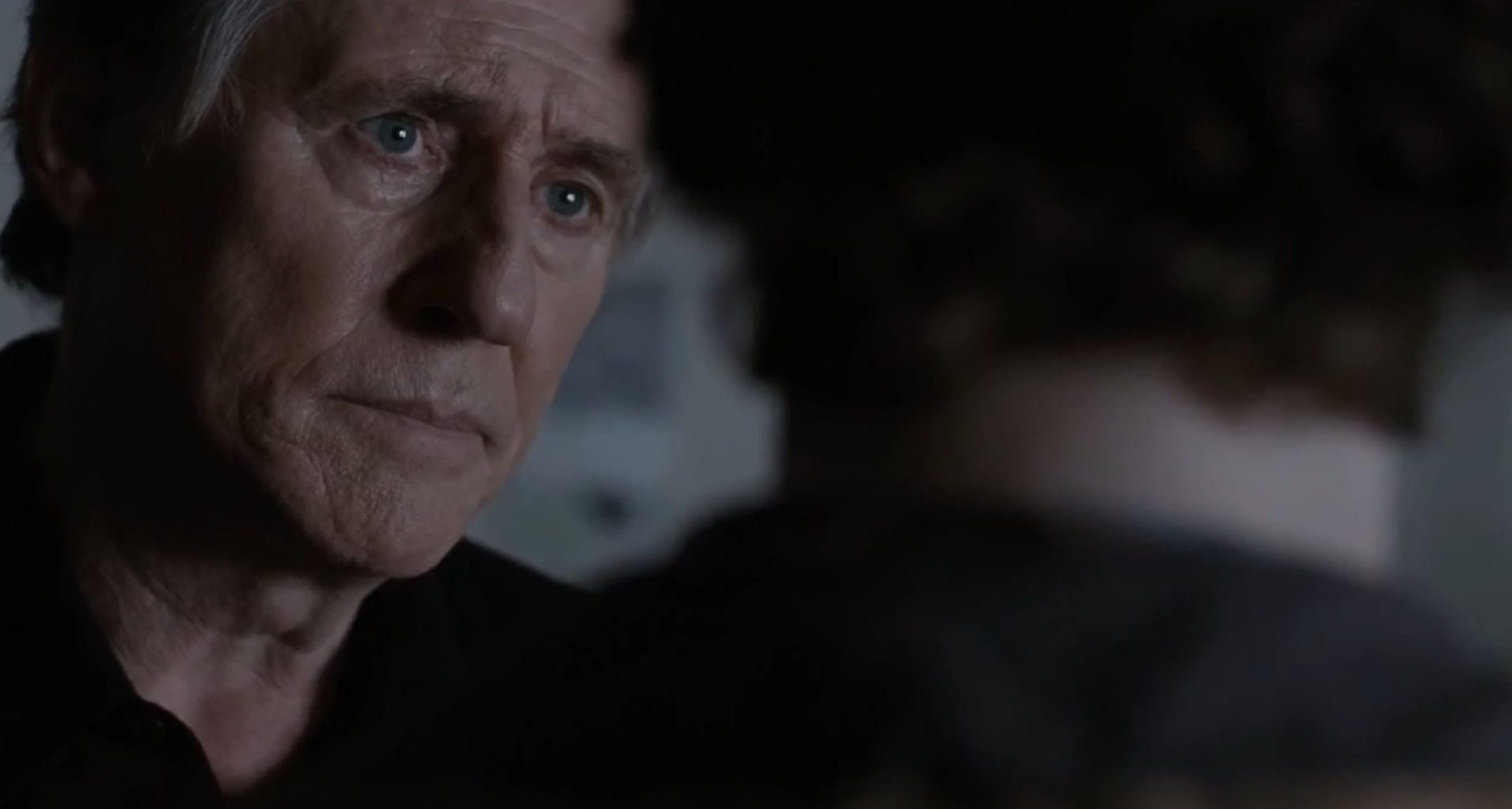 A scene from Louder Than Bombs, with Devin Druid

In the film Devin Druid’s character forms this alternate life online, which is true of so many people now through social media. As an actor how do you view this new navigation of personal and private information?

It isn’t something that just affects actors now. This is a cultural phenomenon that people think of as normal. What we thought of as privacy 15, even 20 years ago, is no longer relevant. We are all in a way subject to scrutiny in one form or another, whether it’s the camera on the street or people being able to Google you or whatever. Privacy has a different meaning now.

But it is still important, surely?

In terms of my own privacy, I really do try to protect it. If I want to say something, I’ll say it. Interviews are a superficial, banal invasion of one’s life. I’ve always thought being well-known and being in the public eye are not very different to living in a small village. If you live in a small village, and have a row with your wife, the village knows about it, even if you think they don’t. You have to come to terms with the fact that, what you get back from the village in terms of security and connection and personal relationships comes at the price of you, sacrificing your privacy. On the public scale, that’s what fame is like. Sometimes you go into a café and just want to have a cup of coffee and someone comes over and wants to take a photo – well that’s no different to going into the local pub and thinking ‘I want to have a pint by myself and watch the racing on television’. And then some fella sits down beside you and starts talking away to you. 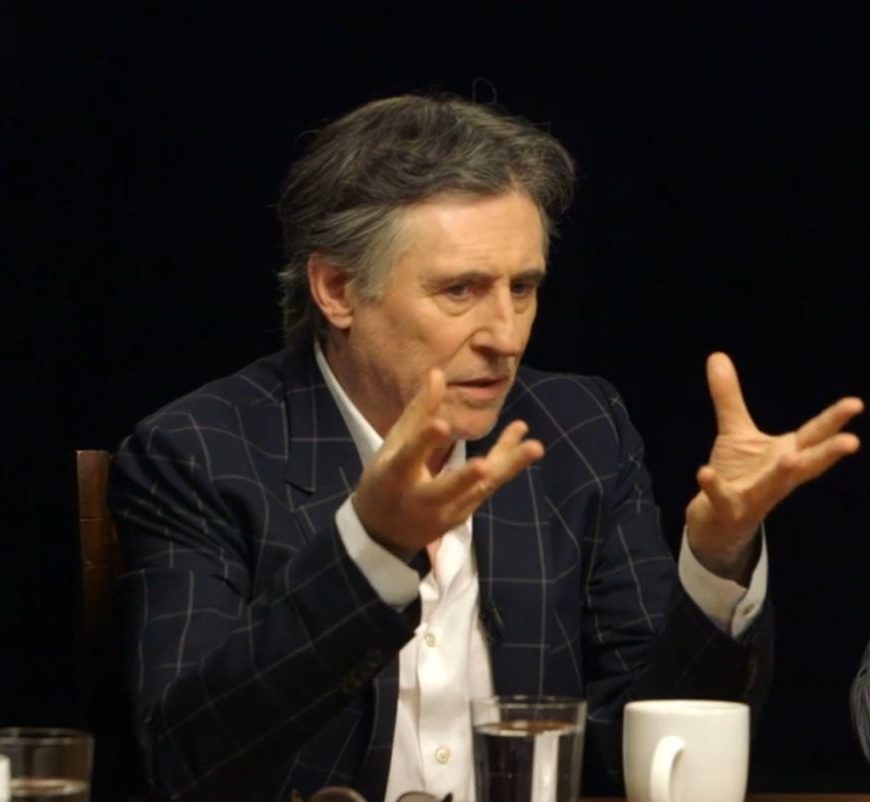 From the Tony Actors Round Table

On becoming an actor

You grew up in Ireland in the ’50s and 60s, the son of a cooper and a nurse. Becoming an actor must have seemed a crazy dream.

I certainly had never met an actor, I didn’t know what actors did, to be honest, I knew I loved going to the cinema. What I tried to do going to the cinema I think – and this is where I came into contact with the notion of the reality of cinema and the reality of what we call life – was that I used to try drag the emotion of the cinema out into the street. As soon as you got into the street it evaporated. So you had to try to keep the feelings that you had in that dark room with those crowds of people. And cinema touched part of my impressionable mind that I could never have articulated at that age. Becoming an actor was an attempt to get back into that world of the cinema, which was illusory anyway. It became a social thing for me. The choice in Ireland at the time was to go to the pub or go home. And then someone said to me ‘Why don’t you join an amateur drama group, that’s a great way to meet girls, and you can indulge in all your theatre stuff.’

On sexism in Hollywood

Maggie Gyllenhaal said that, at 37, she was considered too old to play the love interest of a 55 year old man.

What you get now is women getting into their 30s and having children being edged out. It’s not that different to what they used to do to women in the Civil Service in Ireland. ‘Oh, you have a child? Goodbye’. You have to have very young, single women. And before you know what’s happened, you have Susan Sarandon or Jane Fonda playing the wacky grandmother. Or someone mid-30s playing an about-to-become-grandmother, because they’re a year past the industry’s acceptable age to be in a rom-com or action film. Very few women escape that. And very few cultures are presented in mainstream in Hollywood films. So that argument that Hollywood is prejudiced is absolutely true. They’re prejudiced against everything that doesn’t fit their homogenised, white, profit-making model. So if you have a script that has a conflicted hero, they will chip away at that until it’s a total stereotype. 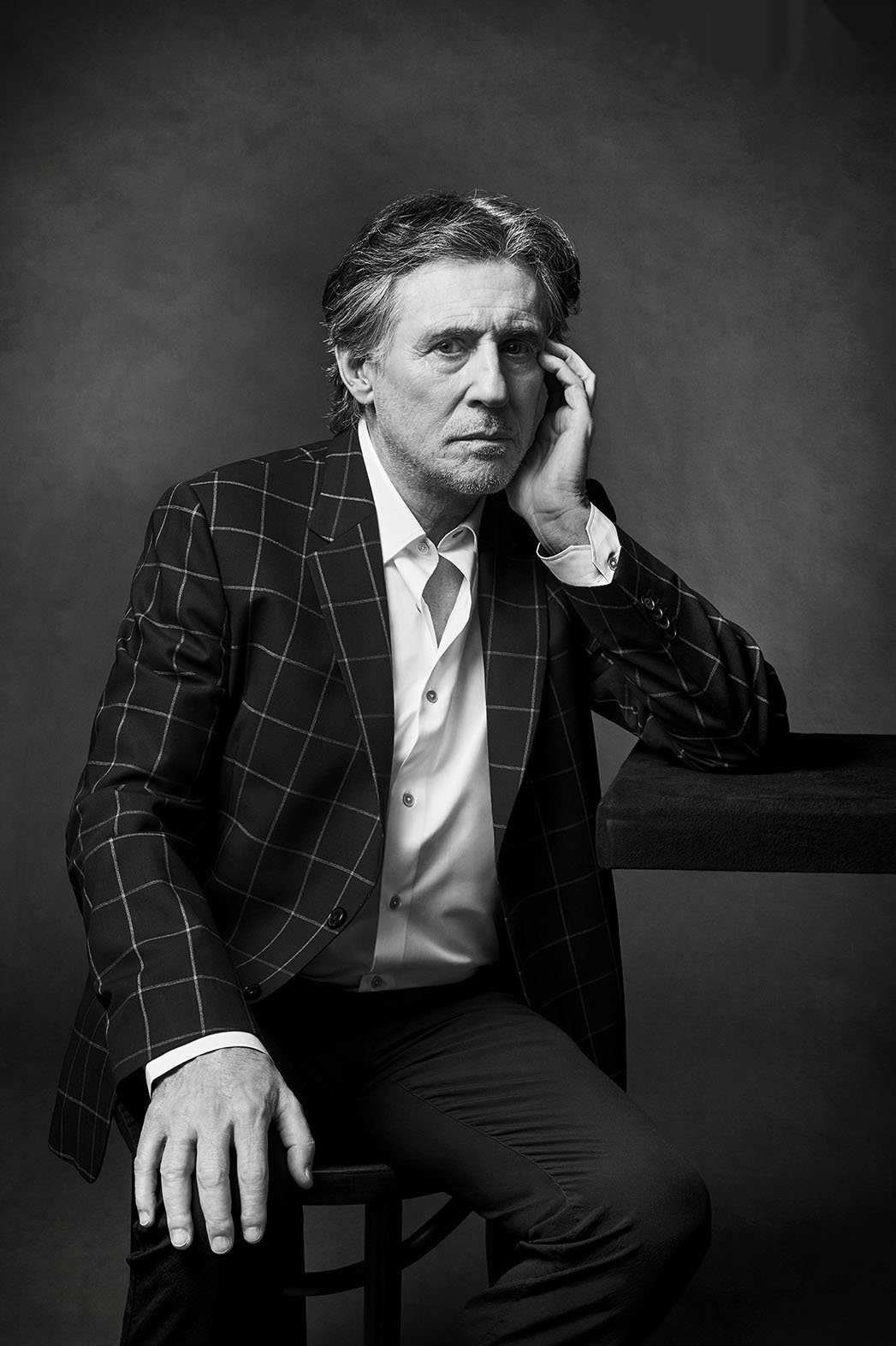 From The Hollywood Reporter

On the US election

So what is it about?

It’s not about choice at all, it’s about being fooled into thinking that there is a choice. And if you’re not given access to facts, you’re not going to be able to make a reasoned decision. If you believe that elections in America actually change anything, you’re not getting all the information. The nature of these so-called ‘debates’ is just a carnival. America’s foreign policy in relation to the rise of terrorism is never discussed. Climate change – the most important issue that faces not just American but the world – is never discussed. So the real issues that affect us on the ground, will affect us, our children, our children’s children if we’re lucky… these things are not discussed.

Ending on a positive note

Let’s end on a positive note – what are you really excited about at the moment?

There’s so much to be excited about! I know it sounds kind of corny, but I’m excited about life and living. I’m doing a play on Broadway at the moment called Long Day’s Journey Into Night and I’m excited about that. I’m excited about the summer – just about life. And if I do feel so passionately about politics and cinema, and I do believe they are connected, it’s because I’m involved in life and find it exciting. I don’t ever want to get to a place where I just sit back and say ‘Fuck it, it’s gone beyond my interest or involvement’.

So where do you go from here?

I think the challenge, especially as you get older, is to make every day as exciting as you can, and to be curious about the world, and to be up to the challenge of embracing new things – and fighting the good fight.

Read the complete interview at Hot Press while it is still available.

Bonus: a previous interview from 2007–“Whether starring in popcorn blockbusters or thoughtful art-house movies, Gabriel Byrne is a reassuring presence on our screens. But he reserves his deepest passions for keeping alive the flame of Irish culture among the diaspora”– is now available as well, so give it a read while you can!