It’s summertime! We have no idea where Gabriel Byrne is at the moment, but according to the news below, he is just as busy as ever!

And wherever our peripatetic Irishman (and his new family!) may be, what better way is there for YOU to beat the heat than catching up on your TV binge-watching?

The Boston Globe has some recommendations for you, and In Treatment is on their list, of course. [This article is behind a pay wall now]

What can I say? I think this is one of the great unacknowledged highlights of the so-called Golden Era of TV. The 2008-10 HBO series managed to make therapy into deep drama without either being tedious or going over the top like Netflix’s “Gypsy” with Naomi Watts. A spectacular Gabriel Byrne is the therapist, Paul, and his clients across the three seasons include Josh Charles, Blair Underwood, Hope Davis, John Mahoney, Debra Winger, Dane DeHaan, and Mia Wasikowska in her breakthrough role as a depressed teen gymnast. Each half-hour episode beautifully recreates a session, like a little one-act play, with one session a week devoted to Paul’s therapy with his therapist, played by Dianne Wiest. Byrne is masterful, despite sitting still for much of the series, and so is the camerawork, which turns a single room into a world of pain and healing.

Likewise: “Rectify” is slow, but riveting, like “In Treatment.” In four short seasons, the well-acted show follows a Southern man who gets off death row on DNA evidence but is not exonerated.

Do watch Rectify! It is stellar television of the same order as In Treatment: a truly human story told without fanfare, without gimmick. Unique and awe-inspiring. And it is wonderful to see In Treatment continue to receive the recognition it deserves–and Gabriel Byrne, too, for his rich characterization as Paul. This was once-in-a-lifetime television and should be watched by everyone who cares about great stories. 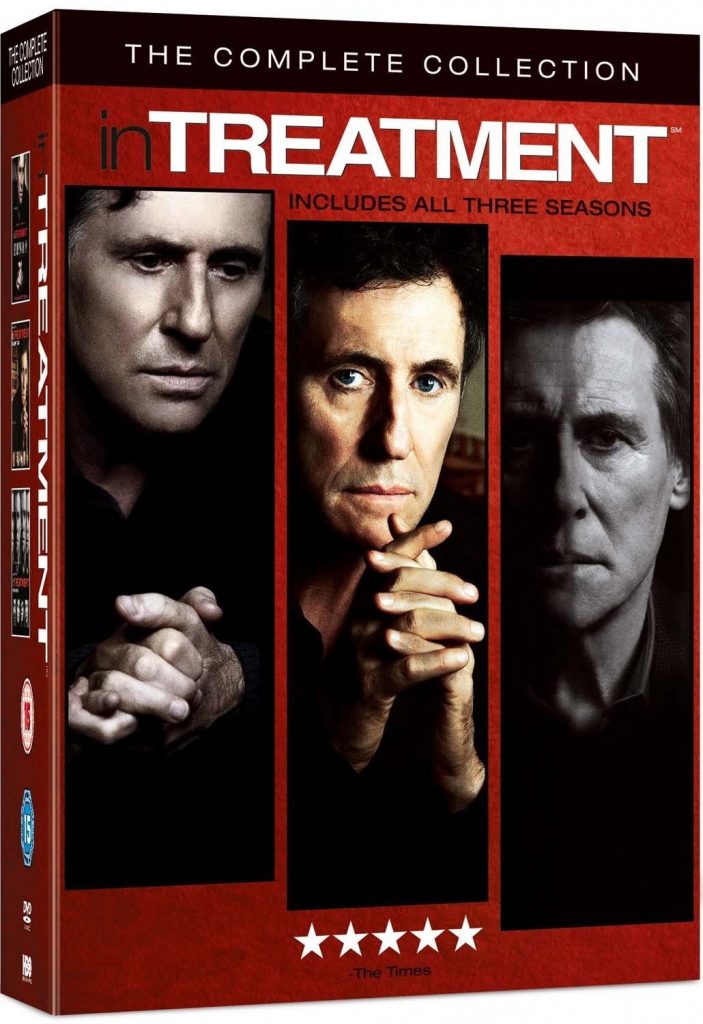 As noted here at Byrneholics earlier, Rebecca Abbott’s documentary film about the famine in Ireland investigated not only the famine itself, but its causes and the resulting emigration of thousands of Irish citizens. The film is narrated by Gabriel. And now it has won a regional Emmy award! 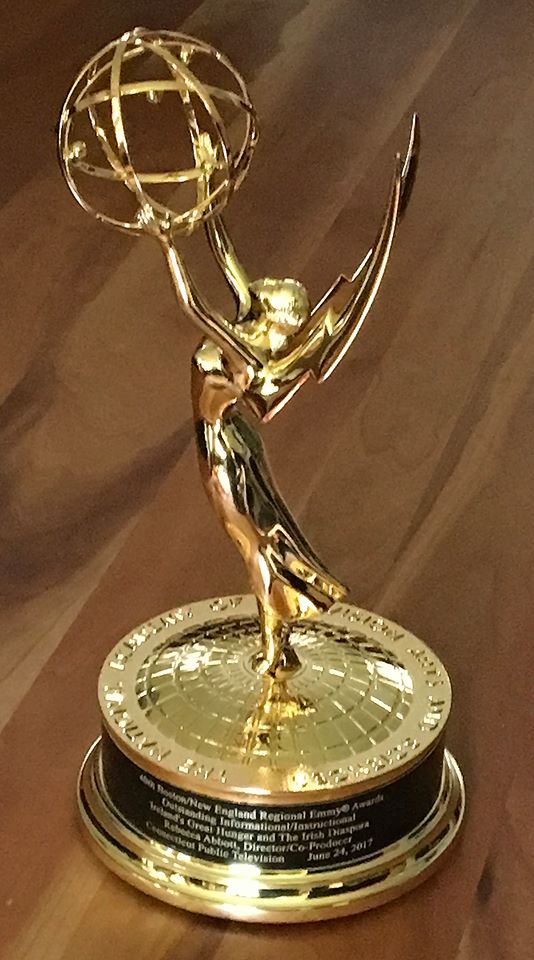 The 50-minute documentary was filmed and edited by Rebecca Abbott and co-produced by Liam O’Brien, both of Quinnipiac’s Film, Video & Interactive Media Department. Christine Kinealy, director of the university’s Ireland’s Great Hunger Institute, was historical adviser to the project.

“It’s a huge honor for me and my colleagues/collaborators Liam O’Brien and Christine Kinealy to have this sort of recognition for our work, Prof Abbott told The Irish Times. 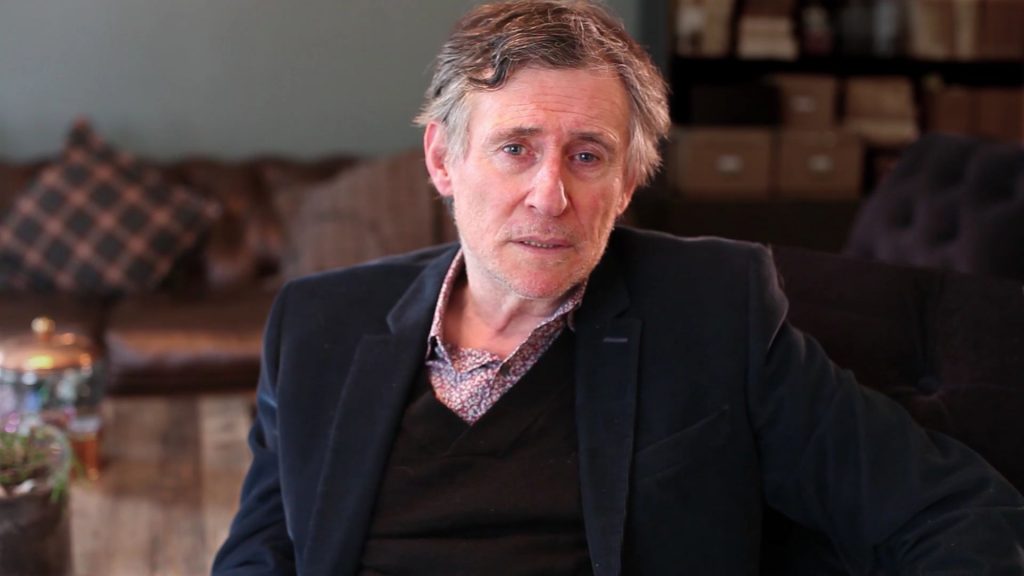 You can view the complete documentary at Vimeo, and you should check out the film’s official website, too.

Congratulations to Dr. Abbott and her colleagues on this honor!

You remember it. The railway station in rural Ireland, where the train competed with the horses and carriages and the past and present collided. John Wayne stepping down from the train to start a new life in the land of his ancestors. Barry Fitzgerald magically appearing out of nowhere to be his guide. A fairy tale, filled with romantic images of rolling green hills, thatched stone cottages, and deserted ancient cemeteries. As it turns out, that railway station is real. And now it’s falling apart!

Ballyglunin train station in Co. Galway is famous for its leading role in the John Ford classic The Quiet Man as ‘Castletown’ train station.

The film stars the late John Wayne and Maureen O’Hara.

But 66 years after the film was made, the station has fallen into disrepair stirring a campaign to refurbish it to its former Hollywood glory…

Gabriel Byrne and Liam Neeson were also among those to pledge their support for the crowdfunding campaign. 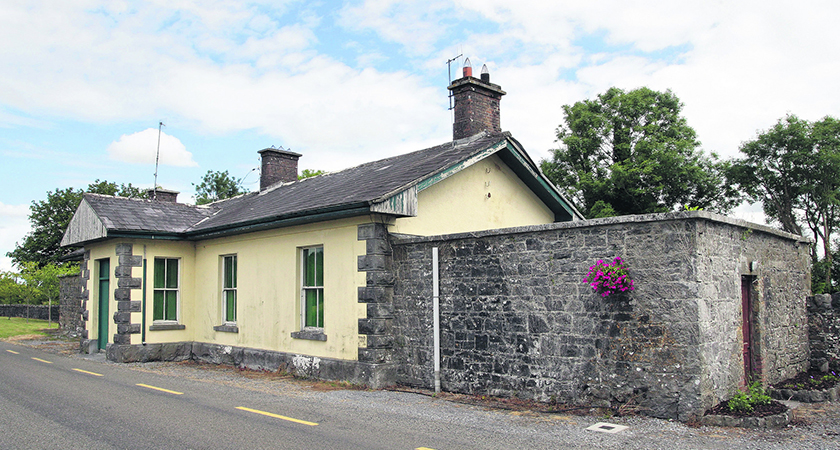 “The opening of The Quiet Man in Ballyglunin station is unforgettable. Barry Fitzgerald leads John Wayne and us the audience through a magic door into a mythical otherworld called Innisfree. I’ve long admired the film and as well as narrating Sé Merry Doyle’s superb documentary I have presented The Quiet Man at the Metropolitan museum in New York.
The image of Ballyglunin station is known to millions all over the world and is part of film archaeology. Please donate to www.ballyglunin.com or fundit.ie and help to restore this iconic building not just for us but for future generations who will come to love The Quiet Man.”

It is no surprise that Gabriel Byrne and his friend Liam Neeson are supporting the restoration of this historic bit of film nostalgia. Gabriel put the film The Quiet Man in context for us during his time as Cultural Ambassador and we know its personal meaning for him. It is always good to see him raise his voice and champion the things that matter.

Keep up-to-date with the progress of the restoration at the Ballyglunin Railway Restoration Project’s Facebook Page! 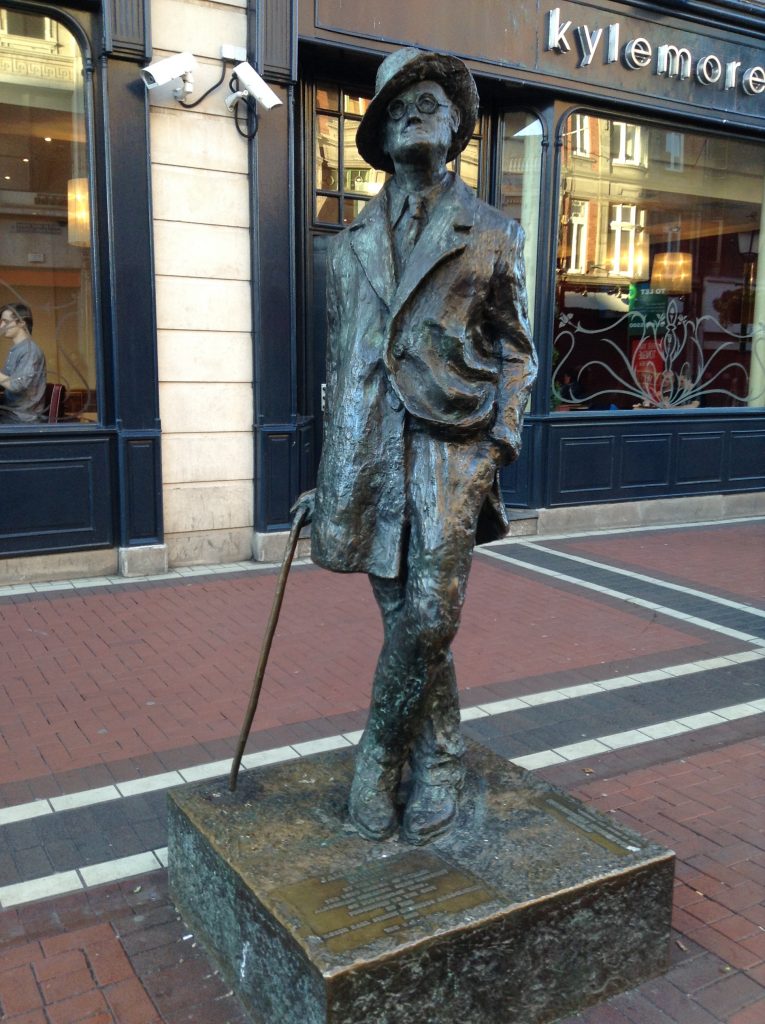 I have had the great fortune to saunter past several of these beauties in the last few years and I’ve often thought I heard whispers as I passed them by. It seems I was on to something!

If Molly Malone could speak, what would she have to say? Writers and actors have been asked to put words in the mouth of Dublin’s most famous statues, for the amusement of passers-by.

John Banville and Roddy Doyle, both Booker prize winners, are among the 11 writers penning a short monologue for Malone, whose statue was unveiled in Dublin in the year of the city’s millennium in 1988. Poet Paula Meehan and Brendan O’Carroll, creator of Mrs Brown’s Boys, are also taking part.

The Talking Statues project allows passers-by to interact with monuments, including Daniel O’Connell on O’Connell Street and George Bernard Shaw outside the National Gallery of Ireland, using their mobile phones. When users swipe a smartphone over newly installed plaques at the bottom of the statues, they receive a message saying the deceased character is calling. When they answer, a well-known actor will speak in the guise of the historical figure.

Gabriel will provide the voice for James Joyce, with words by Roddy Doyle. Time to book another trip to Dublin! 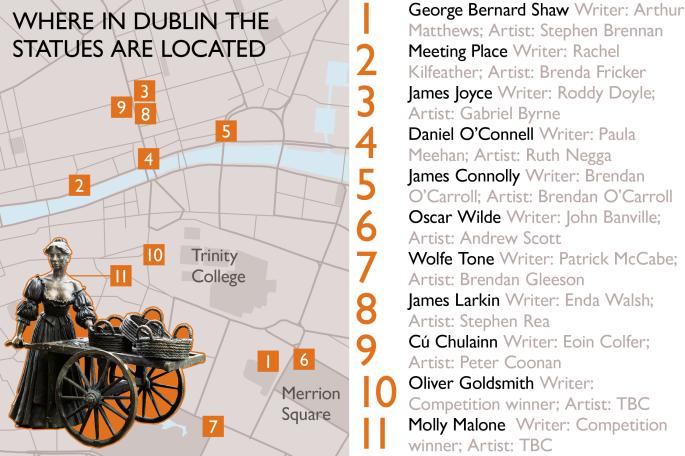 This new take on Shakespeare’s brooding (!) hero is officially in pre-production. The film is written and directed by Ken McMullen and also stars Ian McKellen and Connie Nielsen. And that’s all we know! To keep up with news on Gabriel’s foray into the world of Shakespeare, remember to visit the IMDB page for Hamlet Revenant. Of course, news will be here, too. wink 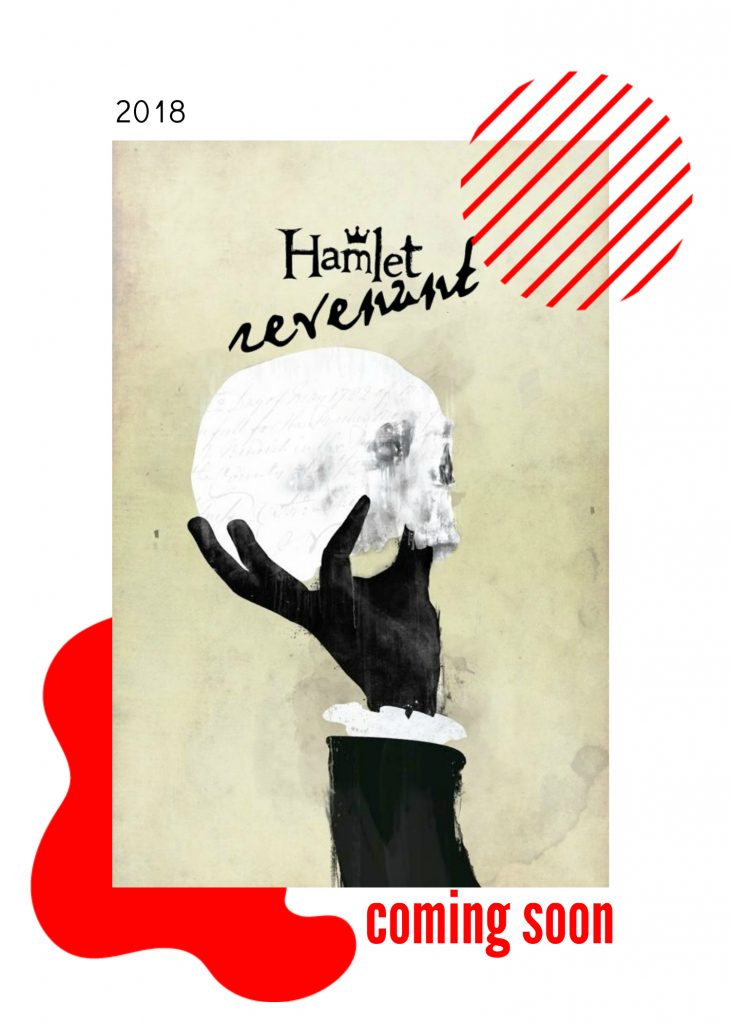 This Mad To Be Normal poster pic is from the UK, where the film continues to screen at various theaters around the country. There is no US release date at this time, but they are hoping for details of VOD and DVD release this Autumn, according to the film’s Facebook Page, which is very active and full of information. 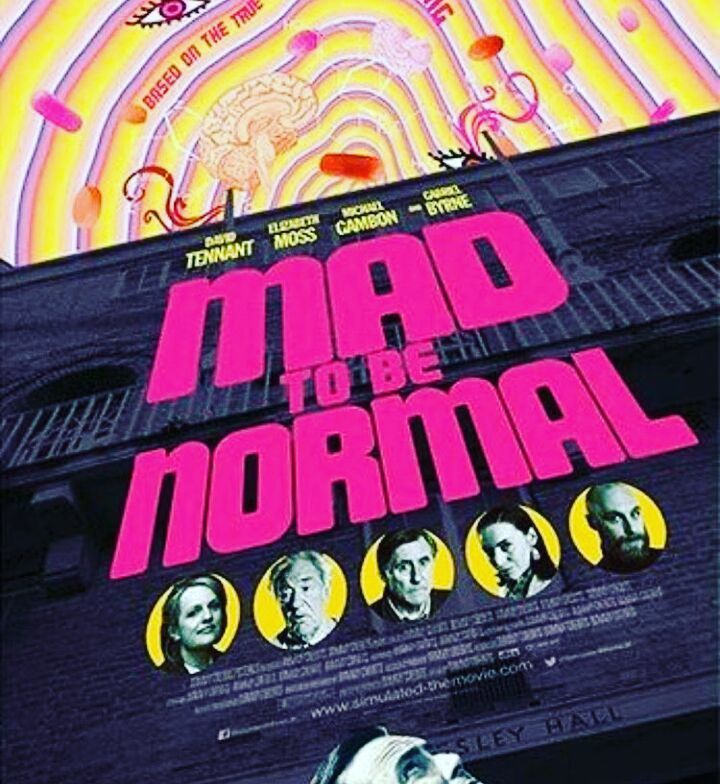 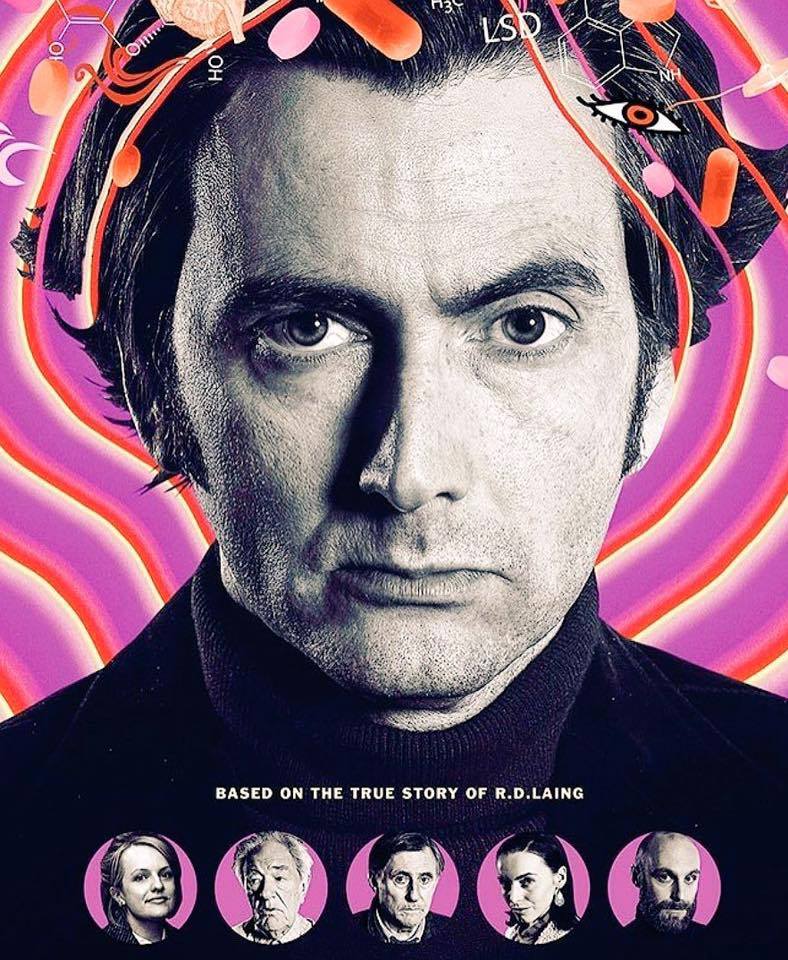 Twitter and Instagram help us stay up-to-date with our gallivanting hero! Below is recent proof that Gabriel Byrne hangs out with the coolest people, even if he never tells us… wink 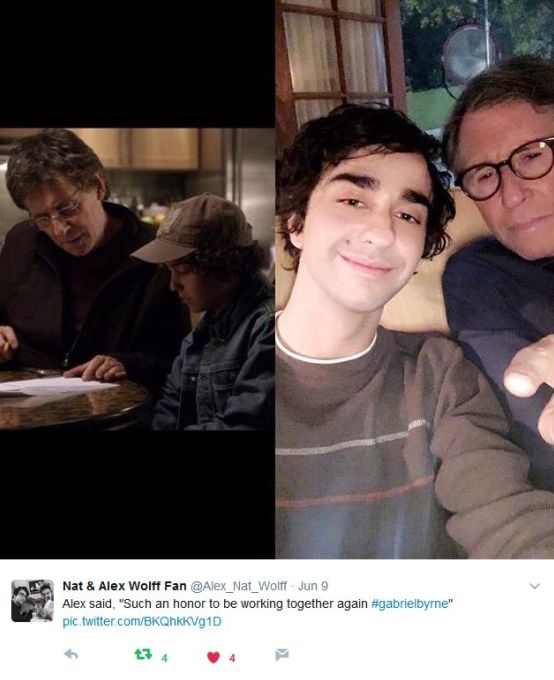 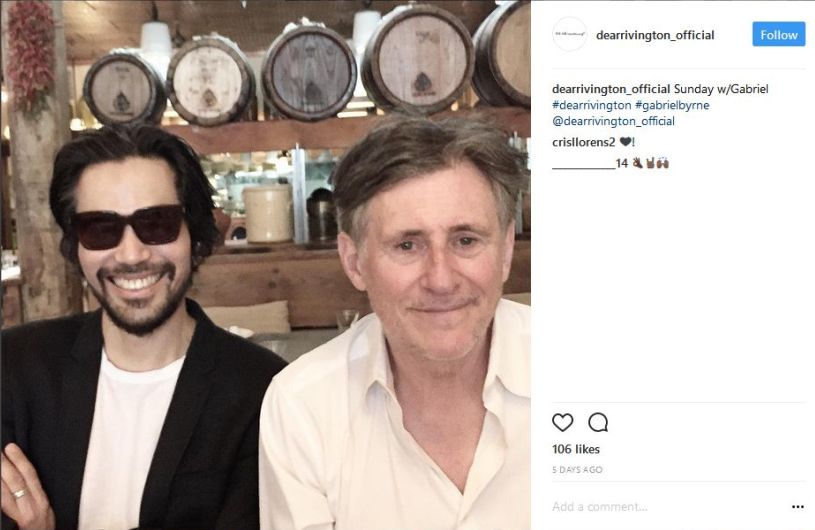 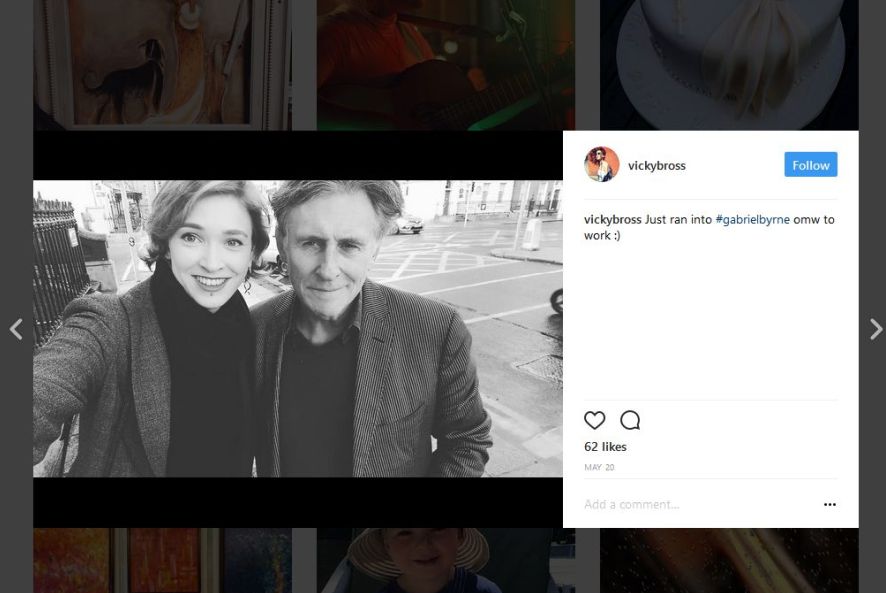 There can never be too many images of Gabriel Byrne. Even the random bit of movie-making turned into a GIF is worthy of our consideration. Am I wrong? And what the heck is this from, anyway?

We now know the 13th Doctor will be portrayed by Jodie Whittaker, because controversy, of course, but there is a rumor floating about that Mr. Byrne will appear in the Christmas Special, too! Could this happen? Who knows? LOL! We must wait and see. Filming has begun, so we should know something soon… 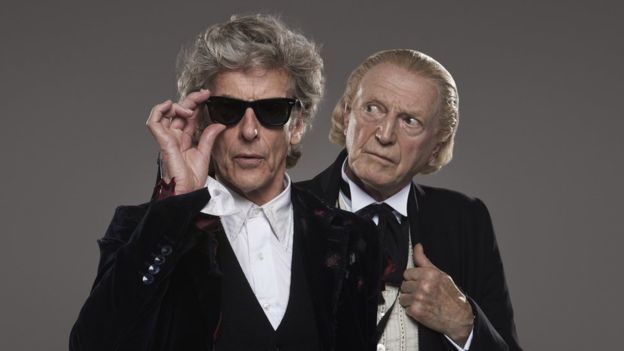 Peter Capaldi and David Bradley will be in the Dr. Who Xmas Special

To close out this summer edition of The Byrne-ing News, I will leave you with this wallpaper of Gabriel Byrne on vacation in Ireland back in 2014. Love those sunglasses! cool