March is Women’s History Month, a time to celebrate the achievements of women past and present, the world over, and to acknowledge progress and gains for women of all ages in our cultures.

But it is also a time to consider the work that still needs to be done.

Women’s rights the world over, including the USA and Ireland, are endangered at an increasing level. The struggle for equality and reproductive rights goes on each day, despite the fact that we now live in the 21st century. It takes the continuing efforts of committed women–and men–to keep the “war against women” at bay and to push for changes in attitudes, laws, and customs.

If you have been keeping up with current events, then you know that there has been a surge in articles and reports on the harassment of women by Harvey Weinstein and many others, as well as personal stories from individual women calling out sexual predators and sexual assault. It is a volatile time, when women are speaking out and getting pushed back for doing so. But the various movements that have sprung up to support women in these actions are strong. They include women of all colors, ages, and religions, from every walk of life and country–and lots of men are supporting them in their continued pursuit of equality and fundamental rights.

As it happens, one of those men is our own Gabriel Byrne.

The #MeToo Movement is not Gabriel’s first rodeo. No, he has been active in the past. #WakingTheFeminists and the YES campaign for Marriage Equality, both in Ireland, received his vocal support. 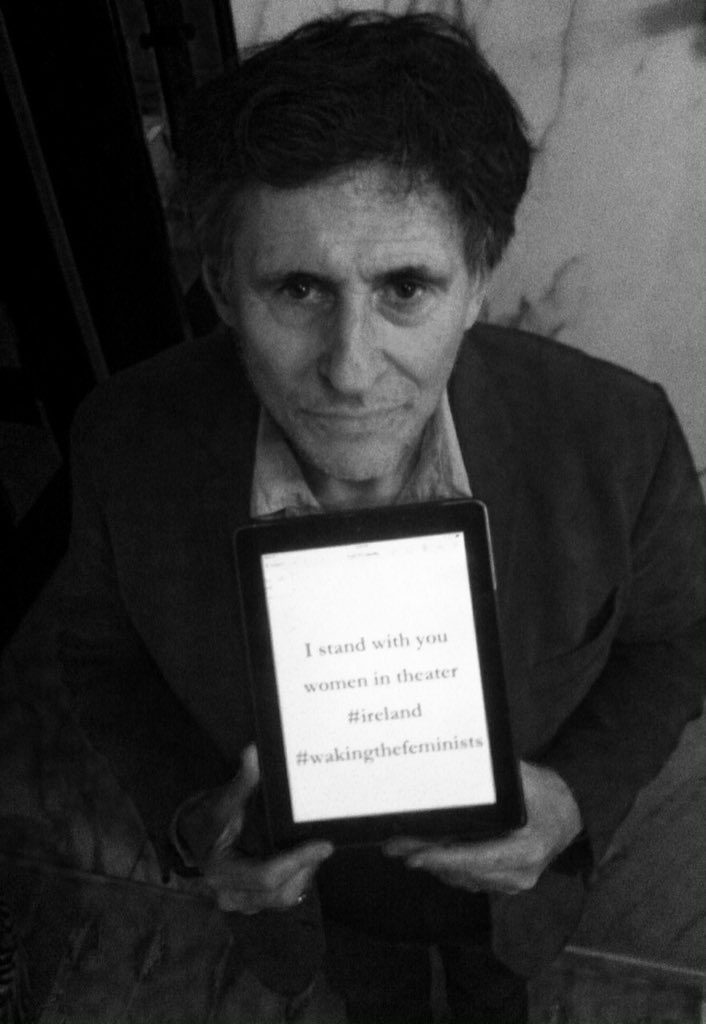 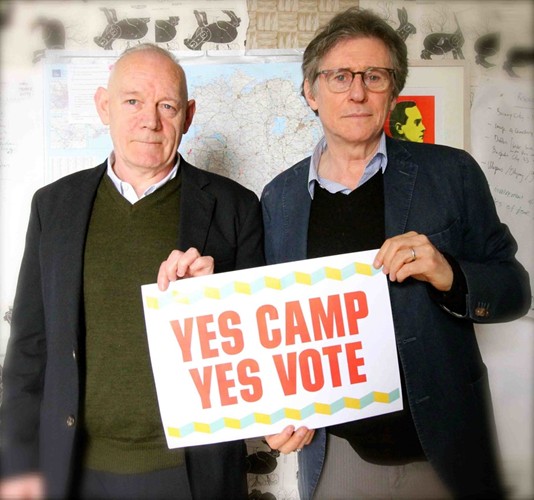 …and by the traditional poster,
here with long-time friend and colleague Mannix Flynn

Recently, though, Gabriel seems to have surprised everyone with his very open and vocal support for women’s rights in Ireland and the world, and his firm stance as a pro-choice advocate and ally for the #MeToo Movement. In print and television interviews and on the red carpet at the IFTA Awards in February, Mr. Byrne left no doubt in anyone’s mind: he stands with women and fights for them, too. 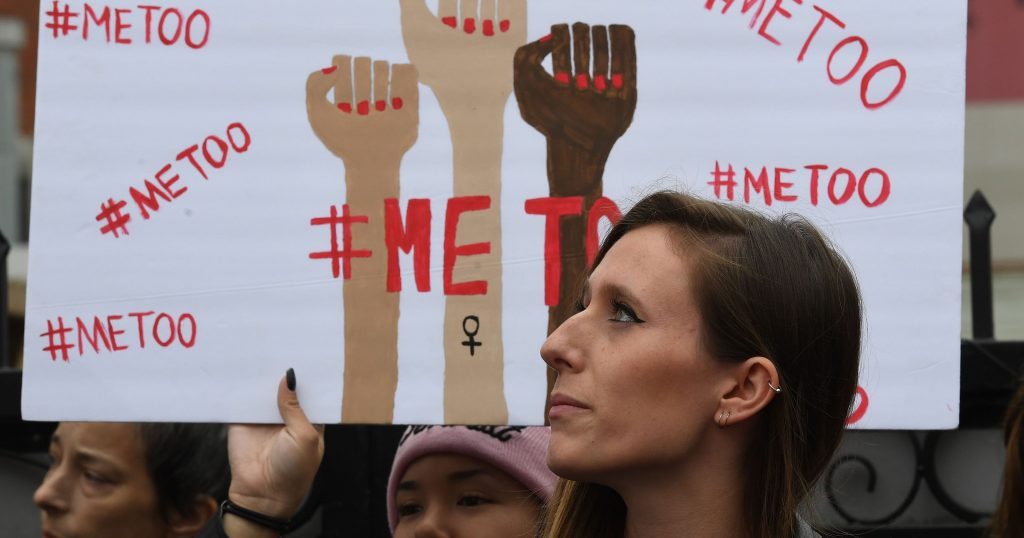 The #MeToo Movement has actually been around for a long time in Internet Time–since 2006. Read more about it at the official Me Too Movement website.

RTÉ Entertainment published an article paraphrasing Gabriel’s remarks on The Late Late Show and elsewhere during his recent visit to Ireland and the responses to his comments continue to flow in, this time from colleagues:

Gabriel Byrne Knows Where It’s At With #MeToo. He was Lovely To Work With & Even More So Now. 🎩 Off! https://t.co/RlHEy3kSoU

Rosaleen McDonagh sees Gabriel as an ally, too, when she discusses the #MeToo Movement, Weinstein, and being wheel-chair bound and at the mercy of the man designated to help her in this article from the Irish Times:

He would bring you up on the lift into the bus. Your wheelchair would be clamped.

Then, the bit that was most distressing, was the safety belt.

Like many powerful men, Weinstein saw and created a context to exercise male power, privilege and entitlement. The #metoo hashtag has been used effectively against criticism of women for “not speaking up sooner”.

This criticism is crass and cruel because, over the course of any given female lifetime, too many sexist events occur. When, where and which one to speak up about all depends on our position and status within society.

It was a joy to hear Gabriel Byrne, who received a lifetime achievement award from IFTA, speak on the Late Late Show recently. There is no hostility, defensiveness or misogyny from him towards the #metoo movement.

He affirmed and acknowledged the reality of women’s lives.

I know I appreciate Gabriel Byrne’s activism and I am willing to bet that you do, too. We are lucky that the actor/director/writer/activist we love to love is such a strong ally, such a vocal supporter for the movements that will, ultimately, change our lives and the lives of women the world over.

Well, that was a lot of spirited political activism, wasn’t it? Gabriel is an inspiration!

If you are looking for Gabriel Byrne Movies to help you celebrate Women’s History Month, check out last year’s posting for several great suggestions! heart