Gabriel Byrne was honored with the Irish Film and Television Academy’s Lifetime Achievement Award, presented to him by the President of Ireland, Michael D. Higgins, on February 15.

This was such a special occasion for him! Everyone was happy and supportive and the response on Twitter and in the press was overwhelmingly positive, as we would expect.

Below you will find Gabriel on the red carpet and at the podium, accepting his award. Tweeted responses to this gala evening for Gabriel have been compiled and there are screenshots of his acceptance speech. The speech itself, transcribed for easy translating, is at the end.

Enjoy Gabriel’s evening the spotlight! He is always in the spotlight for us, but on this night, he belonged to his countrymen and women and the rest of the world who tuned in! heart

On the Red Carpet

We know that the red carpet is not Mr. Byrne’s favorite place to be. But this night was special and Gabriel used the opportunity, as is his way, to speak out about the things that matter to him.

Gabriel Byrne used his red carpet moment at the #IFTAS to talk about being pro-choice, on the night he was given the lifetime achievement award by @PresidentIRL Michael D Higgins. #Repealthe8th @LdnIrishARC clip:@goss_ie pic.twitter.com/0iu5KXmPes

The incredible #GabrielByrne tells us how “meaningful” it is to get the Lifetime Achievement Award at #IFTA18 saying “It’s about the life that I’ve led.” pic.twitter.com/lnD70YUwqn

Actor Gabriel Byrne was one of the first signatories to the @artistsrepeal8 statement. He gives his strong views on #repealthe8th at the #IFTA18 last night. https://t.co/pZdjMlOTfh @goss_ie pic.twitter.com/lriwuEgrGa

Gabriel Byrne had some interesting answers when I briefly got to ask him about the Irish film industry (he didn’t say what I expected him to) https://t.co/gk5lgg8RAd

Even more reason to have deep love for Gabriel Byrne https://t.co/WtJgXahQDK 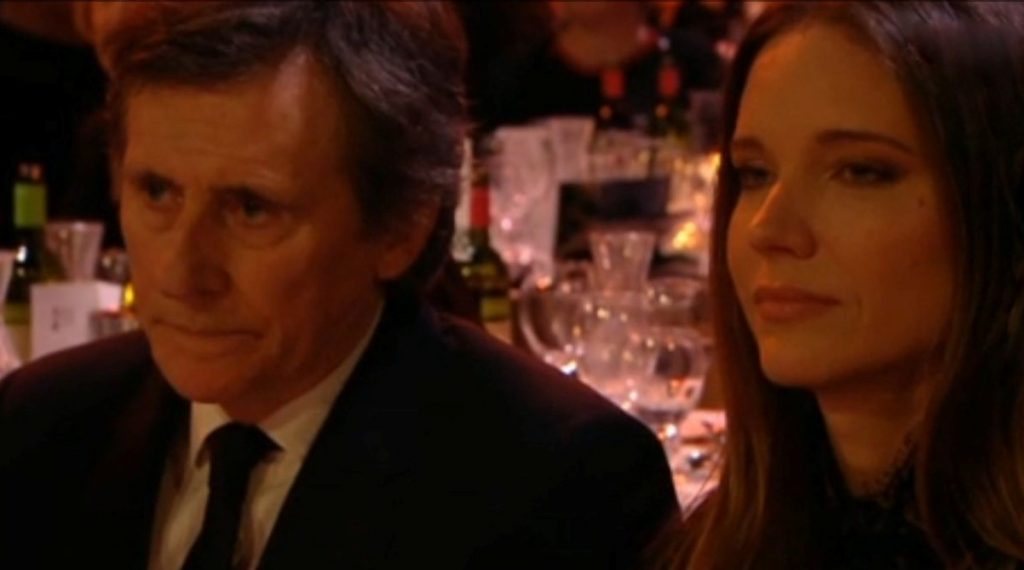 Waiting to receive awards is nerve-wracking… 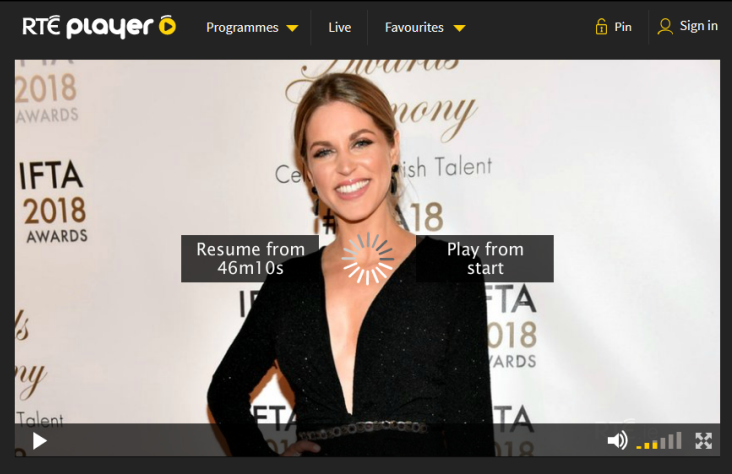 The introduction by President of Ireland Michael D. Higgins and tributes from friends and colleagues, including Richard E. Grant, Emily Watson, and Brendan Gleeson, as well as film clips, start at the 40:00 minute marker.

Gabriel’s acceptance speech begins at @ 44:20. The video will be available until March 19, so be sure to watch before then! The transcription of Gabriel’s speech is at the end of this posting. 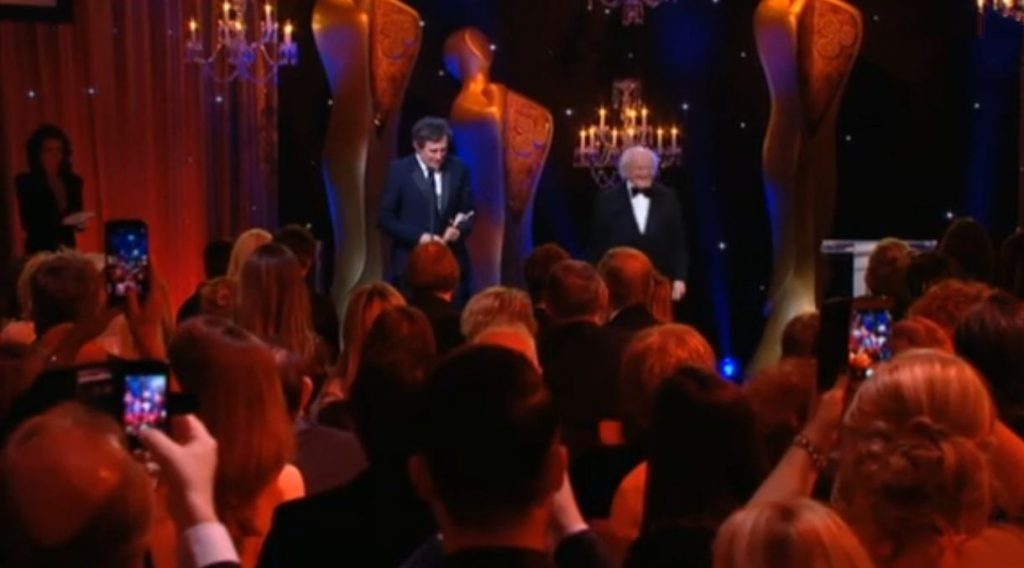 Standing ovation and much phone action!

Acting is easier than speechifying…

Gabriel Byrne holding the IFTA for the Lifetime Achievement Award, presented to him by President Michael D Higgins at the Irish Film and Television Awards 2018 at the Mansion House in Dublin. @IFTA #IFTA18 #IFTA2018
@OldDublinTown @OldeEire @PhotosOfDublin @ShopsofDublin pic.twitter.com/SUaO74FyUb

Gabriel Byrne is honoured with Lifetime Achievement Award at the IFTAs, President Michael D. Higgins always gives powerful speech😍😍
Pic is me and Gabriel and the Minister for Culture, Heritage & the Gaeltacht Josepha Madigan, pic.twitter.com/VvHYwkwuET

Congratulations to Gabriel Byrne who was honoured with Lifetime Achievement Award last night at the IFTA’S in Dublin. @RTElyricfm @rte @martylyricfm @IFTA pic.twitter.com/dhdbcWn07y

Sometimes the good guys win. The greatest actor of his generation my friend Gabriel Byrne. https://t.co/gekFiIVSwT

Would love to be in Michael D’s shoes @presidentirl in the company of one of the nation’s best. Well done #GabrielByrne – Gorgeous #ifta18 https://t.co/artvaKDPra

Thank you for that.

You know, this award is meaningful to me.

And when you look back on one’s –your–life and the decisions that you’ve taken, sometimes with great premeditation, sometimes on instinct, and you get to a place where you look back and you see the reverberations of those decisions: the decision to leave Dublin was a huge one for me. It was just that I had to prove something to myself, I suppose.

But there was a time when work and life were inextricably bound up together for me, and I had to admit that, to a certain extent, my work was my identity. And I came to learn that life and work are two very different things. And imperceptibly, they started to diverge. When we consider the kind of lives that we’ve led, you look back at the successes, the failures, the doubts, the insecurities, the fears, the regrets, and the great gratitude that you have to have been given all those things, including the failures–I’ve always maintained that you learn more from failure than you do from any kind of success.

Thank you to all those brilliant actors in the room, those young actors that are coming up now. God, it’s so moving to see it because I remember talking to Liam Neeson about this. We were the only two in America, they didn’t know where we came from!

I’d also like to thank, on a personal level, my darling, beautiful wife, Hannah Beth.

What a night! Gabriel was in a reflective mood, as one might be when faced with a lifetime achievement award. But there was joy, too. Not a man to rest on his laurels, reports of a new film project began circulating even as he was standing on the stage holding his IFTA Award. And we can’t wait! Congratulations once again to our favorite Irishman! heart