Gabriel Byrne is looking a bit unsettled above, is he not? We know why! Hereditary opens in US theaters IN ONE WEEK on Friday, June 8, and in UK and Irish theaters on June 15. This will be the last posting about the film until some time has passed, and Byrneholics everywhere have had a chance to see it. Then, I’ll do my traditional review round-up and share other news and pics with you. I don’t want to spoil anything, so I’ve tried to be careful with this last blurb in the run-up to the opening. Everyone who has seen it advises you to “go in cold,” so no more from me.

Buckle up! Here’s the latest on Hereditary!

You have to love the Irish Post. When all other news outlets are calling Toni Collette the star of the new horror masterpiece (and rightfully so, from all the early reports), the Post has this headline:

Yes! Gabriel’s character, Steve Graham, has been called “the last sane man in the room” by some lucky early viewers, and we continue to hope that Mr. Graham survives to the end.

A good father would go to hell and back to protect his family. Gabriel Byrne is Steve Graham in #HEREDITARY. Evil runs in their blood — June 8! pic.twitter.com/O1kLYKPMcX

A Bit of Hype

“The Most Anticipated Horror Movie of Summer 2018” (@Vulture)
“Believe the hype” (@TheAVClub)
“You’ll be dying to see it again” (@GameSpot)
Evil is #HEREDITARY — June 8! pic.twitter.com/V8jFQi1ocD

I know what you mean, but filmmaking this accomplished—and horror this effective—*is* exciting.

Does the moss green jacket seem familiar to anyone else? wink 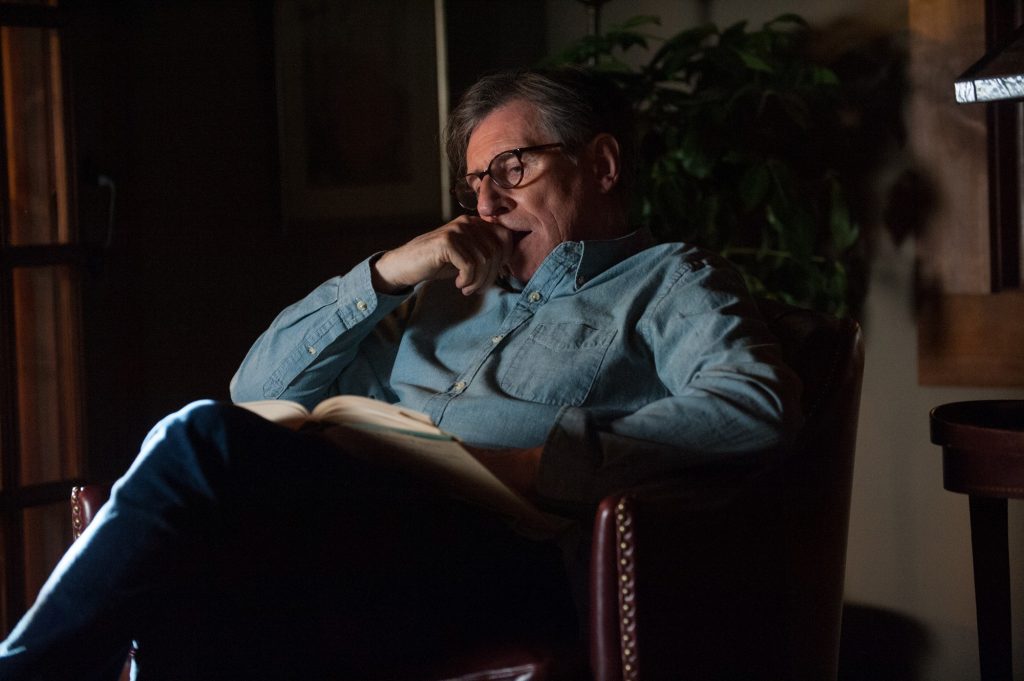 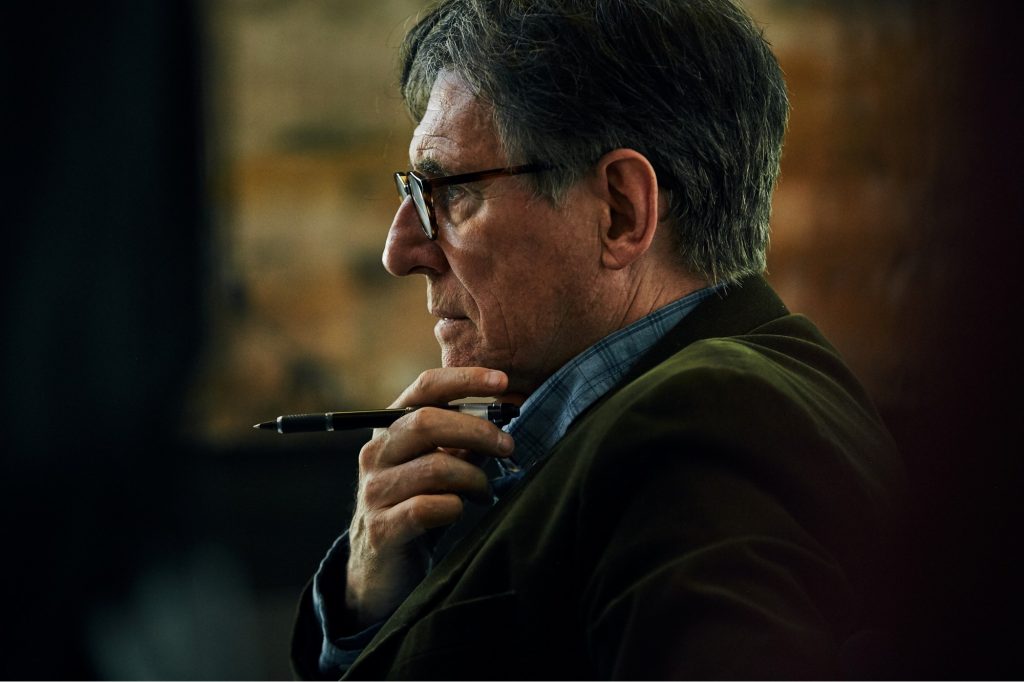 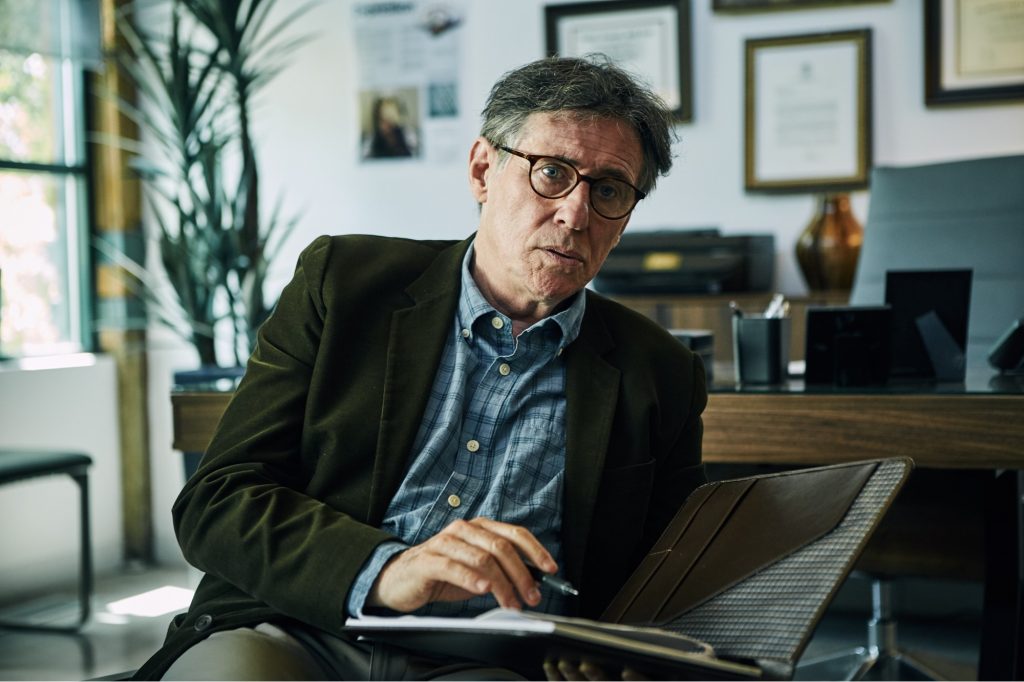 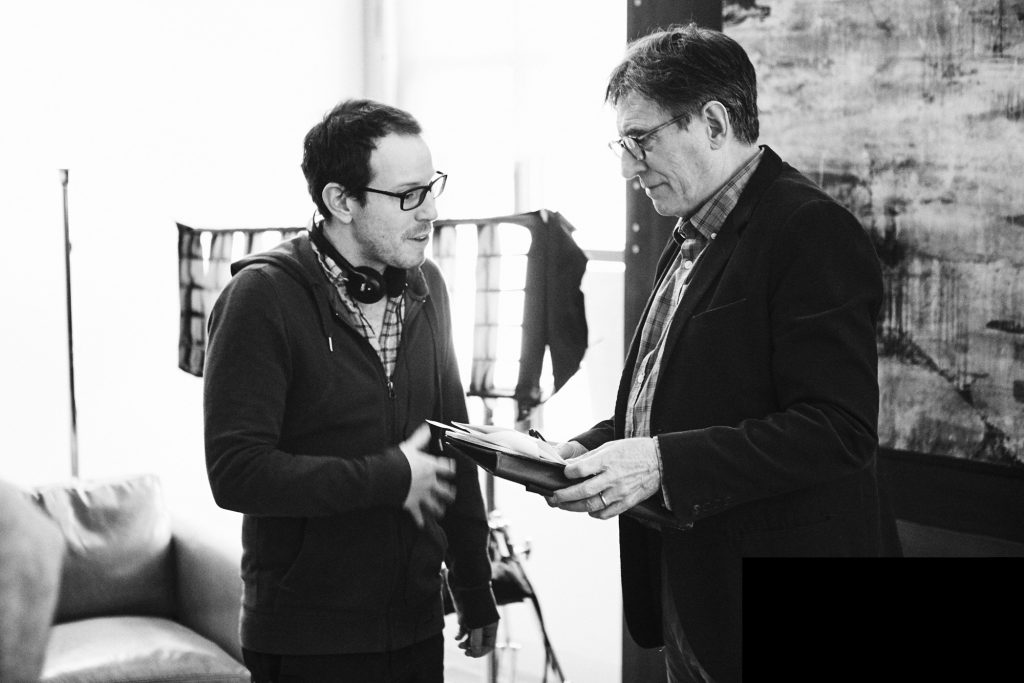 Be sure to follow Ari on Twitter. He is much more active there now and posts really interesting stuff!

Ari Aster does not consider himself a horror director. He’ll have to keep explaining why, though, as his debut feature Hereditary is one of the most effective examples of the genre in recent years. With this film, finally opening in theaters after creating quite a buzz among its passionate—and emotionally drained—fans at Sundance and South by Southwest, Aster has made a film filled with spirits, possession, and ghoulish violence but which is perhaps more invested in the domestic dramas and inner lives of its central characters, making for a sympathetic and therefore highly discomfiting experience. A Grand Guignol tale filmed with unnerving restraint, Hereditary is about family—the terrors of the past and the horrors of living in the present—and the impossibility of escaping fate and legacy. I spoke with Aster in New York about the state of contemporary horror, his provocative beginnings at AFI, and what scares him, both in the movies and in life.

Koresky also interviews Aster for the Film Society of Lincoln Center’s Film Comment Talk on Thursday, June 7, in New York City, just one day before the film opens in US theaters. 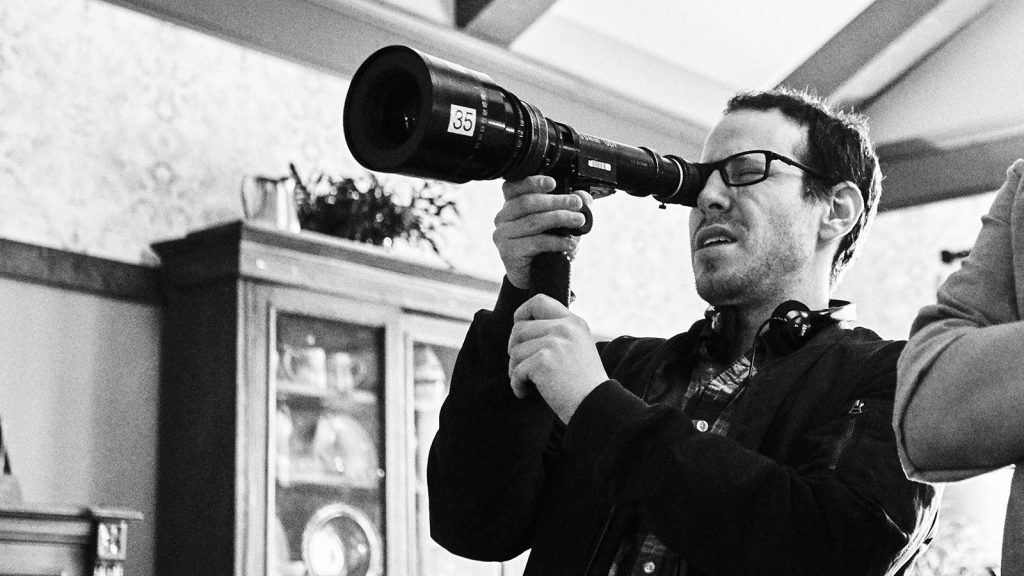 After being hailed for making one of the scariest movies of the year and taking the festival world by storm since Sundance, first-time writer/director Ari Aster is on the Post Mortem slab to discuss his journey making his acclaimed debut, HEREDITARY.

One of these is really rather hallucinatory. I’m thinking it’s the one in the middle. Yes? 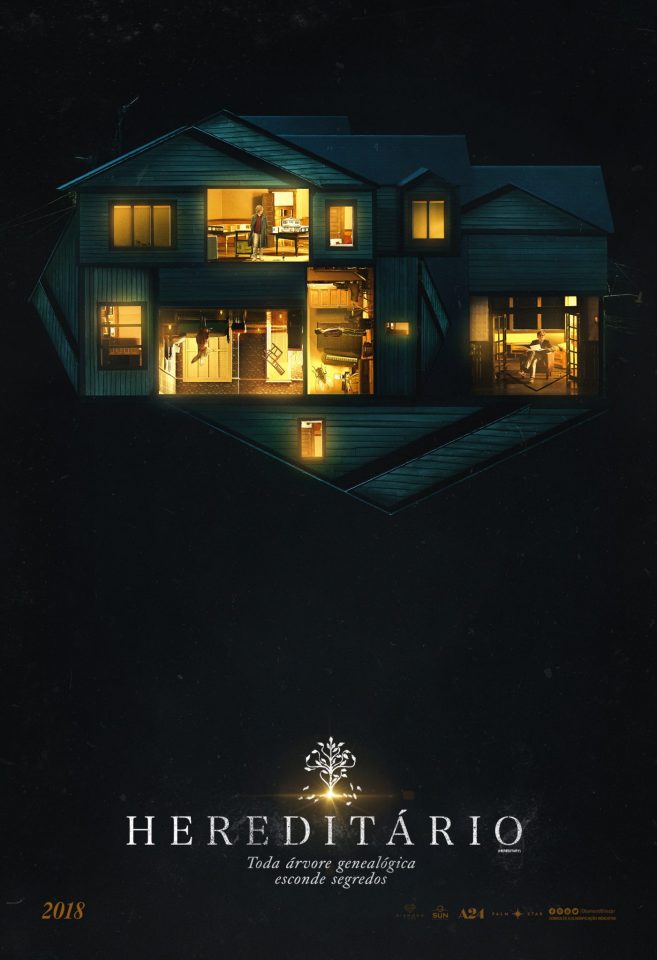 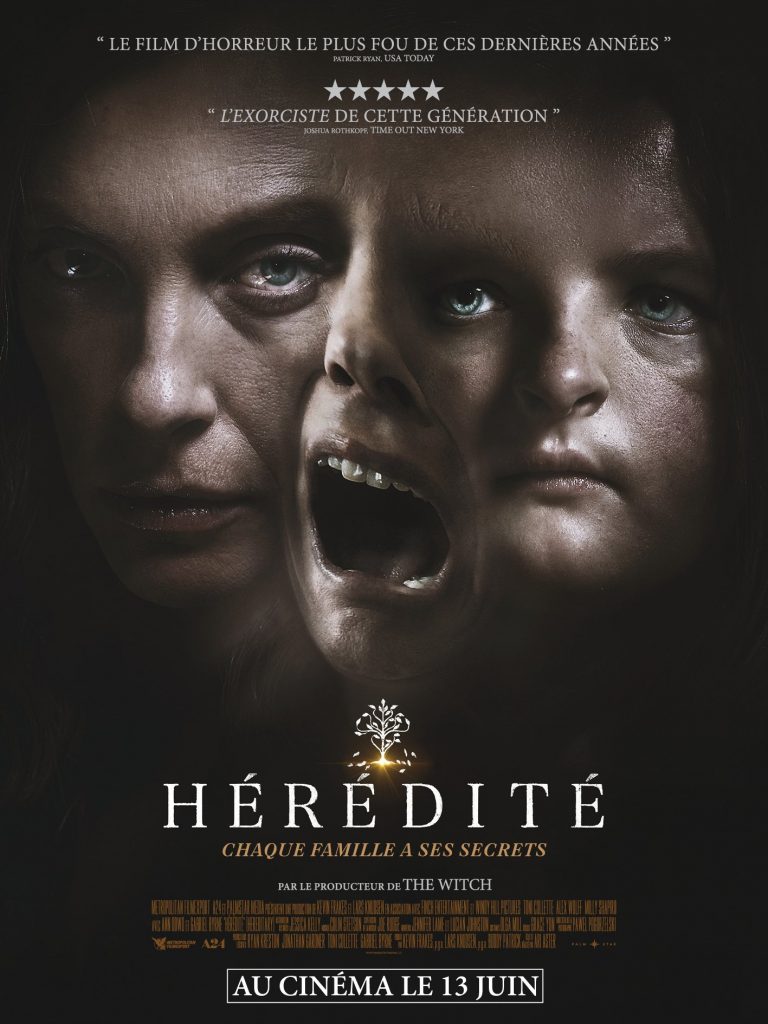 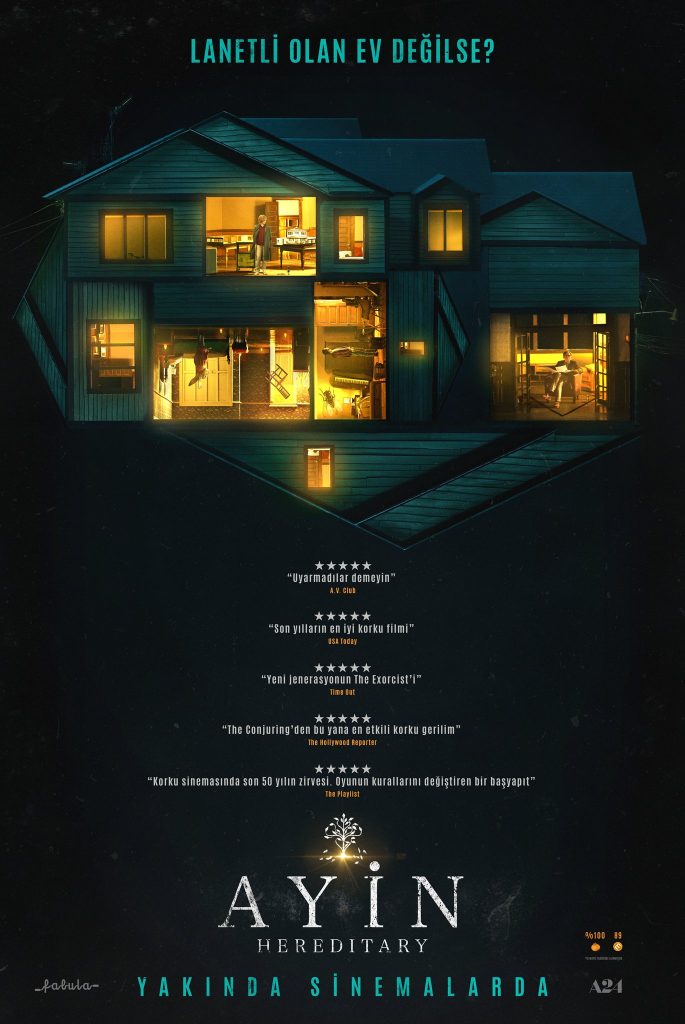 Music from the film

Milan Records has made 4 tracks of Colin Stetson’s soundtrack for the film available on Soundcloud, where you can listen for free. One of these tracks is embedded below.

Though he’s primarily a saxophone player, Colin incorporated strings, chimes and drones into his score, and we’ve heard a taste of the score where those chimes really get used to great effect. We’re premiering a more ambient track from the score, “Mothers & Daughters,” which you can hear below.

#Hereditary is a punch to the face that never lets up for 2 hours. I was shaken for so many reasons and it’s going to take me days to process what I just watched. That was a masterpiece but GOD DAMN did it leave me emotionally scarred and terrified.

Nerdist: Hereditary is the dysfunctional family from literal hell [This article is no longer available on the Internet]

Buzz is sometimes hard to overcome, especially if it’s uniformly positive. Everyone who goes to see it thereafter will compare it to the radiantly glowing reviews they’ve heard or read and it’d have to take a very special movie to make good on that promise. Coming out of Sundance this year, Ari Aster’s Hereditary had more positive buzz than a hive of optimistic bees, with some critics claiming it was “this generation’s The Exorcist.” With that in mind, I sat in the screening room at once dubious and ready to be wowed. Hereditary is one of the most unsettling movies I’ve ever seen, and I couldn’t sleep because of it.

So what are the odds this thing is going to murder me in my sleep @HereditaryMovie and @A24? #Hereditary pic.twitter.com/9bAgp5TK4n

You’re on. You’re absolutely on. I’ll try one…

Other films to see this summer (or not)

So, that’s all the scary I have for you! See you on the other side of Hereditary!