In the hurly-burly of Gabriel Byrne’s film and social calendar—recent premieres of new films Lies We Tell and Hereditary, as well as being honored by the Irish Film and Television Academy—here is your reminder that another great film of his is on the way:

Mad to be Normal, the story of R. D. Laing and his experimental work at Kingsley Hall in England in the 1960’s, is having a simultaneous US/UK release in February!

Jim (Mr. Byrne) is happy about this news, no doubt. wink

The amazing cast includes David Tennant as Laing, with Elisabeth Moss, Michael Gambon, David Bamber, and Gabriel Byrne, of course. The film is directed by Robert Mullan, who also wrote the script, with Tracy Moreton.

Theater screenings and video-on-demand options are a bit sketchy at the moment. Samuel Goldwyn Films, the movie’s US distributor, notes that VOD (video on demand) release is set for February 16, so stay tuned for more details about that.

However, the DVD is available for pre-order in the USA at Amazon. It drops on March 18. 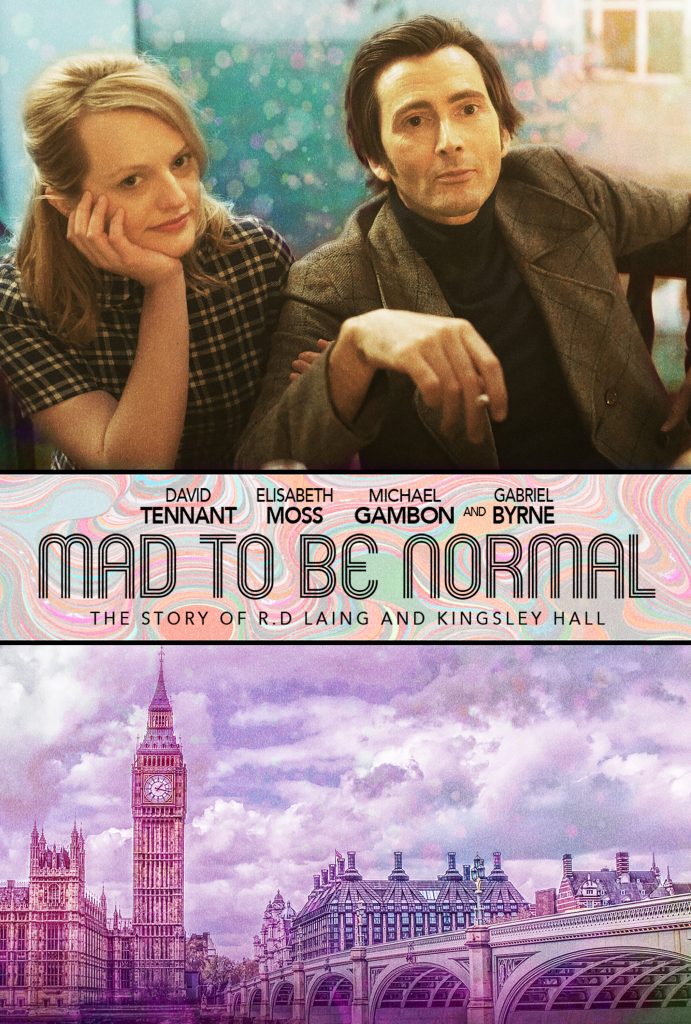 One screening scheduled in the USA will be in San Francisco: 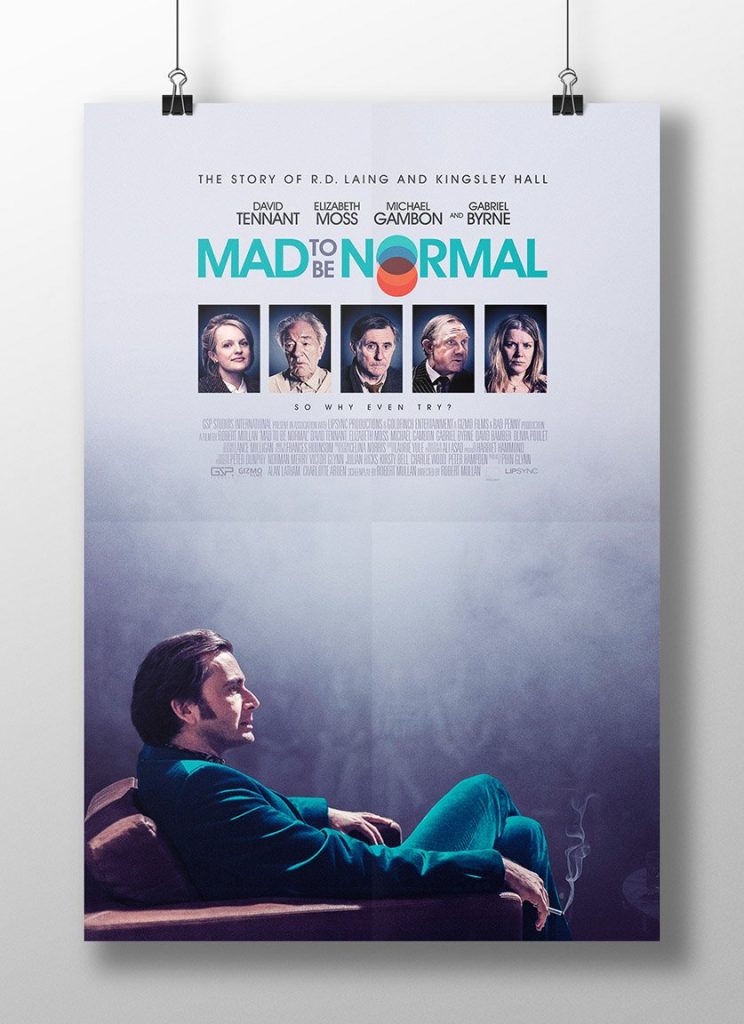 More news as it becomes available, of course. This new role of Gabriel’s will be a departure for him and I am very excited to see him flex his acting muscles in a different way. I hope you are, too! heart