Gabriel Byrne is hitting home runs on the streaming services these days! Maniac at Netflix has been a big hit and In the Cloud on Crackle found its audience. Amazon will be bringing ZeroZeroZero to streaming screens later in 2019. And now Mr. Byrne has been announced as a new lead in the upcoming Liz Garbus film Lost Girls, starring our favorite, Amy Ryan!

Here’s the scoop, first from The Hollywood Reporter

Netflix is filling out the cast of Lost Girls, the narrative feature debut of Oscar-nominated documentarian Liz Garbus.

The story, described as both a true-crime story and a strong character piece, follows Mari Gilbert (Ryan) as she relentlessly drives law enforcement agents to search for her missing daughter and, in the process, sheds light on a wave of unsolved murders of young female sex workers on the South Shore barrier islands of Long Island.

“I was lucky enough to spend time with Mari Gilbert before her death to discuss our project, her hopes, and her ongoing pursuit of justice,” Garbus said Friday in a statement. “My hope is that Lost Girls honors Mari’s memory and continues her fight for justice and truth, a fight she shared with so many women whose stories are part of this film.”

Various outlets shared the breaking news, most quoting from the Netflix release which I cannot find anywhere, and each noting somewhat different previous films for the actors announced for this new project, something that always intrigues me. How do they decide? 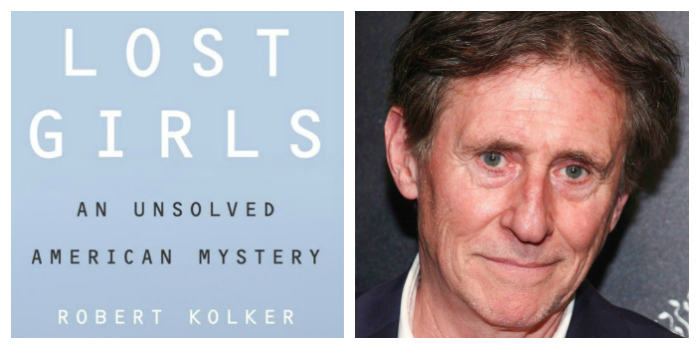 Hot off her breakout turn in Leave No Trace and his starring role in this year’s horror hit Hereditary, Thomasin McKenzie and Golden Globe winner Gabriel Byrne have signed on to join Amy Ryan in Netflix’s true crime movie Lost Girls, Collider has learned…

He also has this to say about Robert Kolker’s book (more on the book later):

Kolker’s book is one of the best true crime tales I’ve ever read, a story made even more maddening because the Gilgo Beach killer has never been found despite murdering between 10 and 16 people over a period of nearly 20 years. My fascination with the book doesn’t lie with its gory details, but rather, the humanity Kolker displays in writing about the victims and speaking with the families of the deceased. There’s a real sensitivity in the author’s approach, and I happen to think that Ryan is stronger casting than Paulson for this role, which requires a certain softness. I can’t wait to see how Garbus depicts Mari Gilbert’s strength, as well as her vulnerability.

Anne Carey (20th Century Women, Can You Ever Forgive Me?) and Kevin McCormick (The Goldfinch) are producing the project, with Michael Werwie (Extremely Wicked, Shockingly Evil, and Vile) writing the screenplay. The story is based on Robert Kolker’s riveting and award-winning nonfiction book of the same title which was named one of the New York Times’ 100 Notable Books and one of Publisher’s Weekly’s Top Ten Books of 2013. You can find the book here on Amazon.

Expected in 2019, we don’t have an exact release date for “Lost Girls” at this time, but more information will be released as the film moves into production. 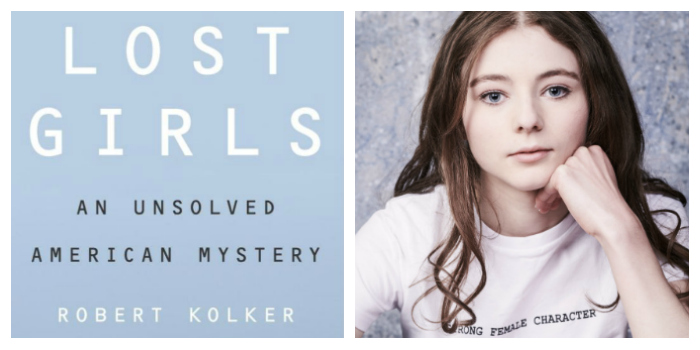 Netflix has picked up Liz Garbus’ upcoming true-story drama “Lost Girls,” individuals with knowledge of the project have confirmed to The Wrap. The film, previously held by Amazon Studios, will star Amy Ryan in the lead role .

The pickup reunites Garbus with Netflix after the streaming service distributed her documentary, “What Happened, Miss Simone?”, which explored the life and legacy of musician and African-American activist Nina Simone. The doc was nominated for an Academy Award and won an Emmy.

Based on the nonfiction book of the same name by Robert Kolker, “Lost Girls” will star Ryan as Mari Gilbert, the mother of a kidnapped girl who demands that Long Island police stay on the search for her child. As her struggle continues, Gilbert soon uncovers crimes far beyond her daughter’s abduction — a string of unsolved murders of young female sex workers on the South Shore.

ComingSoon.net gives us the last details 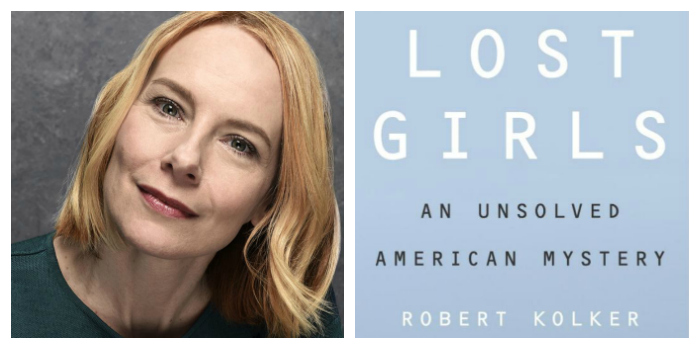 Liz Garbus is the multi-award-winning director of celebrated documentaries, including the 2016 Oscar-nominated, Peabody-and-Emmy-winning What Happened, Miss Simone? and The Fourth Estate, which is up for an Emmy this year.

Two-time Oscar Nominee, two-time Emmy Winner, Peabody Winner, Grammy Nominee, and DGA-Nominated director Liz Garbus is one of the most celebrated American documentary filmmakers working today. Garbus’ The Fourth Estate, a Showtime original, is nominated for a 2018 Emmy for Outstanding Documentary or Nonfiction Series. The docuseries follows New York Times reporters covering the Trump Presidency. What Happened, Miss Simone?, a Netflix original, was nominated for a 2016 Oscar for Best Documentary Feature, received a Peabody Award, and six Emmy nominations including Best Directing. It took home the Emmy Award for Best Documentary or Nonfiction Special. The film delves into the life of Nina Simone, drawing from more than 100 hours of never-before-heard audiotapes, rare concert footage, and archival interviews. 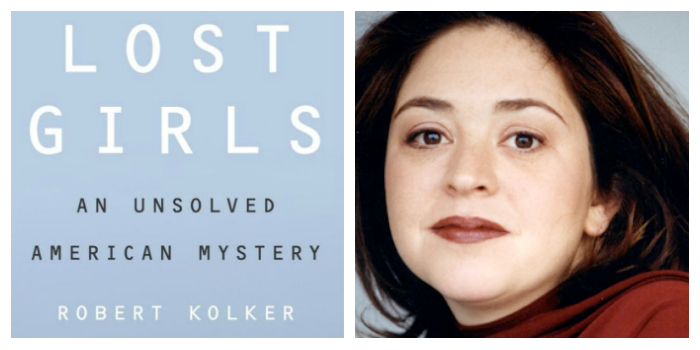 Past work includes: A Dangerous Son (HBO, 2018), Nothing Left Unsaid: Gloria Vanderbilt & Anderson Cooper (HBO) which had its world premiere at the 2016 Sundance Film Festival, Love, Marilyn, which was a Gala Premiere at the 2012 Toronto Film Festival and released worldwide by StudioCanal and HBO. In 2011 her film Bobby Fischer Against the World opened the Premiere Documentary section of the Sundance Film Festival, and won a prestigious UK Grierson Award for Best Cinema Documentary and earned an Emmy nomination for Best Doc. Garbus’ first documentary film, The Farm: Angola, USA, won the Grand Jury Prize at the Sundance Film Festival, was awarded ten other festival and critics’ awards, and was nominated for an Oscar in 1998. Other films as director include: There’s Something Wrong with Aunt Diane (HBO, 2011), Girlhood (Wellspring, 2003), and as producer Street Fight (PBS, Oscar Nominated, 2005), Ghosts of Abu Ghraib (HBO, Emmy for Best Doc, 2007), and Killing in the Name (HBO, Oscar nominated, 2010).

About the Book Lost Girls: An Unsolved American Mystery

The book is available at Amazon in multiple formats

As you might expect from the story of a serial killer who preys on prostitutes, the young women in Robert Kolker’s enthralling Lost Girls were already, in many ways, lost. Prostitutes and runaways, their murders might have easily elicited a what-did-they-expect shrug. (Certainly that’s how the police at times seemed to handle the case). What sets Lost Girls apart is Kolker’s empathetic and detailed portrayals of the victims, based on hundreds of hours of interviews with their families and friends. This is an impressive and impassioned work of investigative journalism, and a chilling commentary on the entangled influences of economics, race, technology and politics on sex and murder in the Internet age. Kolker, a reporter for New York magazine, is that rare-breed journalist who latched onto a difficult story and refused to let go. In this haunting tale, he bravely and meticulously recreates the lives of once hopeful but sadly forgotten young women, while shining a light on the economic hardships that pushed them to make tough, risky choices. A colleague told me that after finishing Lost Girls she spent hours researching the victims and the case online. Her warning to me is my promise to you: Be prepared to obsess. –Neal Thompson

In a triumph of reporting—and in a riveting narrative—Robert Kolker presents the first detailed look at the shadow world of escorts in the Internet age, where making a living is easier than ever and the dangers remain all too real. He has talked exhaustively with the friends and family of each woman to reveal the three-dimensional truths about their lives, the struggling towns they came from, and the dreams they chased. And he has gained unique access to the Oak Beach neighborhood that has found itself the focus of national media scrutiny—where the police have flailed, the body count has risen, and the neighbors have begun pointing fingers at one another. There, in a remote community, out of sight of the beaches and marinas scattered along the South Shore barrier islands, the women’s stories come together in death and dark mystery. Lost Girls is a portrait not just of five women, but of unsolved murder in an idyllic part of America, of the underside of the Internet, and of the secrets we keep without admitting to ourselves that we keep them. 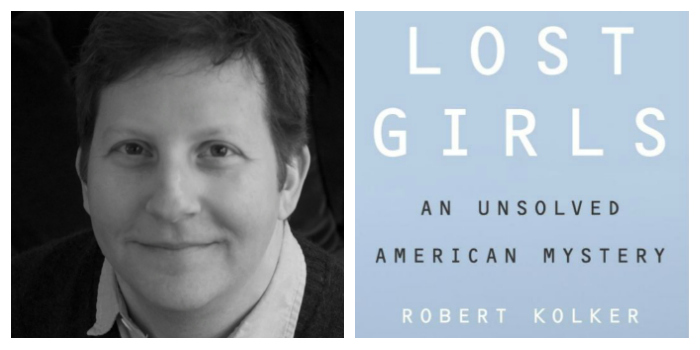 More about the author

Robert Kolker’s website provides some good background information about his previous work and selected articles he has published recently, including his Bloomberg article on Dmitry Firtash, the Russian oligarch thought to be one of the connections between Vladimir Putin and the Trump Administration.

Mr. Kolker is an active Twitter user. He re-tweeted this tweet today from NBC New York regarding the unsolved case of Shannan Gilbert:

911 tapes in Shannan Gilbert case must be turned over in 20 days, court rules https://t.co/9ajejIHiF2

Unsolved indeed. This story is not over. The film should be out sometime in 2019, so stay tuned. 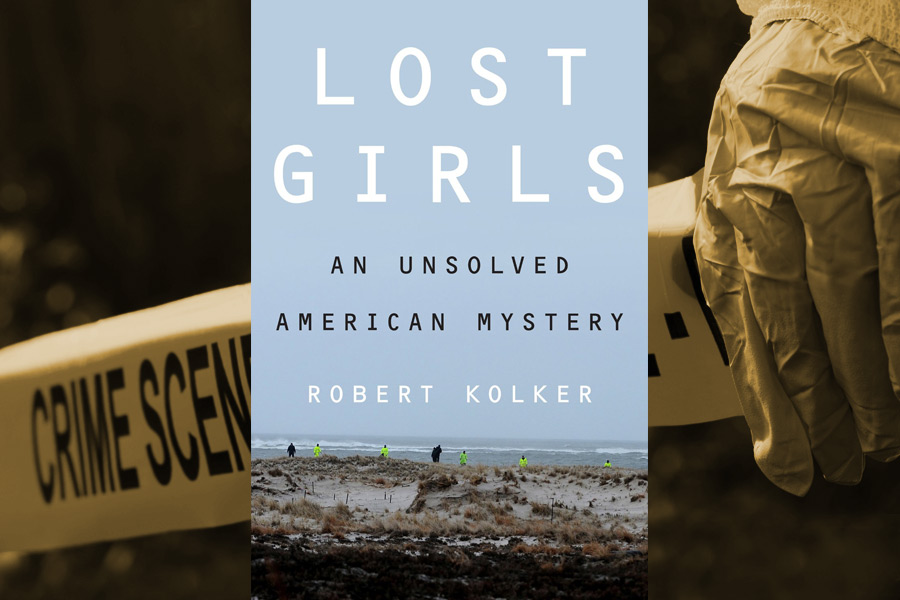