THE MAN IN THE IRON MASK: 20th Anniversary Blu-ray Release!

As noted in the latest Byrne-ing News, we are celebrating the 20th anniversary of the premiere of Gabriel’s film The Man in the Iron Mask, with a beautiful new Blu-ray release brought to us by Shout Factory.

For many Byrneholics, Gabriel Byrne’s D’Artagnan is a touchstone: romantic, heroic, and tragic on a grand scale. Gabriel brought this historical character to dramatic life by doing what he does best: taking the role seriously. There is not one self-conscious smile or smirking glance at the camera during his entire performance. He stayed true to Dumas’ vision.

And that was the magic.

It’s a joy to celebrate the anniversary of this fun and popular film and I know everyone thanks Shout Factory for bringing us this lovely Blu-ray memento!

Oscar-nominated Randall Wallace (Braveheart) made his directorial debut with this adaptation of the 1848 classic by Alexandre Dumas (1802-70), featuring Leonardo DiCaprio in a dual role.

Years have passed since the Three Musketeers, Aramis (Jeremy Irons), Athos (John Malkovich), and Porthos (Gerard Depardieu) fought together with their friend D’Artagnan (Gabriel Byrne). The arrogant, tyrannical King Louis XIV (Leonardo DiCaprio) desires the beautiful Christine (Judith Godreche), so he orders her suitor Raoul (Peter Sarsgaard), the son of Athos, off to face death at the front. He also sends Aramis to kill the leader of a Jesuit rebellion.

Louis is unaware that his loyal protector and informant, D’Artagnan, is the secret lover of his mother, Queen Anne (Anne Parillaud). Louis’ younger twin brother, Philippe (also DiCaprio) is the man in the iron mask, imprisoned for the past six years. Athos and Porthos plan to free Philippe, abduct Louis and replace him by putting Philippe on the throne. 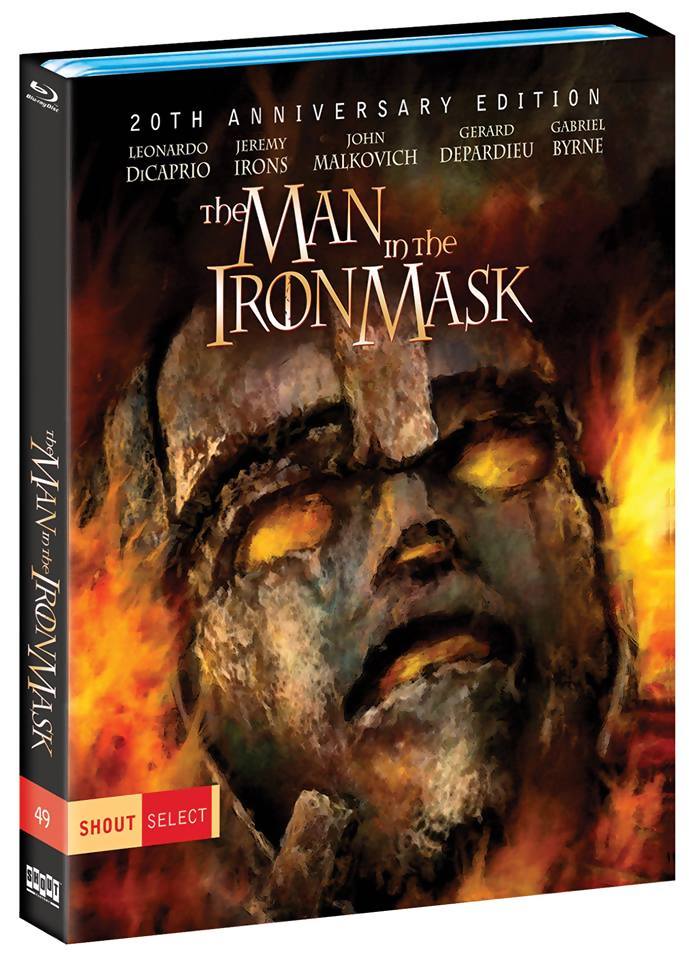 The new Blu-ray release is a great way to celebrate the 20th anniversary of the film’s premiere. Some of the extras that were made available in the original Blu-ray release a few years ago are included in this one. The biggest news about this anniversary edition is the transfer:

According to Stephen Larson at Blu-ray.com:

“Shout conducted a new 4K scan of the original camera negative and the results are mostly stunning. In his critique of the Fox/MGM BD-50, Casey Broadwater noted that the reds were “much too hot” during the pig chase sequence, for instance. I don’t think that the primary colors are too over-saturated on this transfer. The landscapes and shrubbery surrounding the Château de Vaux-le-Vicomte are sun-dappled, giving the greens a bright and rich hue…The new transfer is often ravishing to behold.”

Other reviewers have noted that the new 4K scan is the best thing about this new release and they are uniformly enthusiastic, calling it “a beautiful transfer” and noting “the new 4K scan really opens things up and makes the film a beauty to just gaze at.”

Also new to this edition:

Here is a clip to entice you. Be sure to select FULL SCREEN in the player options because this clip is super sharp and beautifully rendered!

A screencap to show off the new transfer: 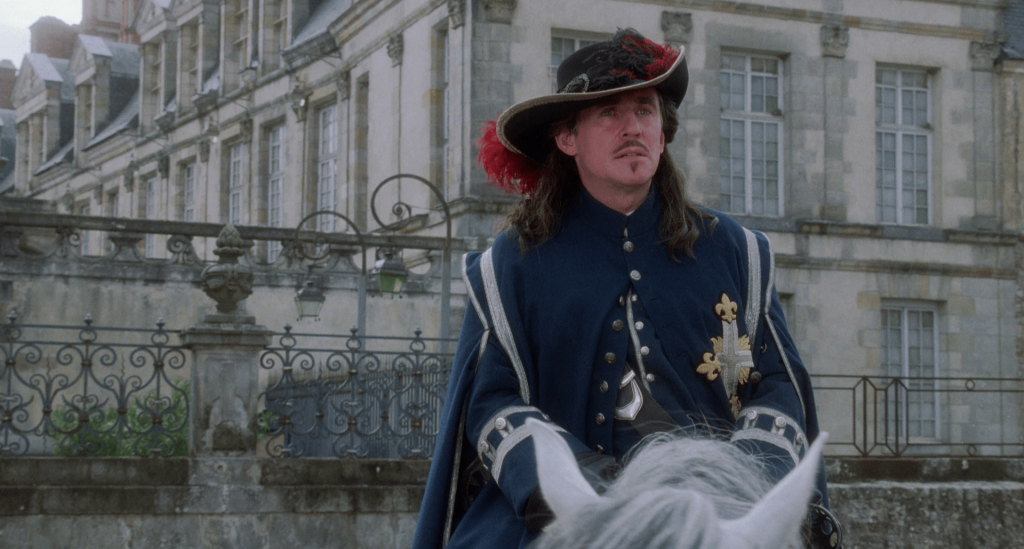 More Blu-ray screencaps are in the Gallery.

You can read more about the film at The Man in the Iron Mask Mega Movie Page.

All for one and one for all. And here’s one for Fall. wink 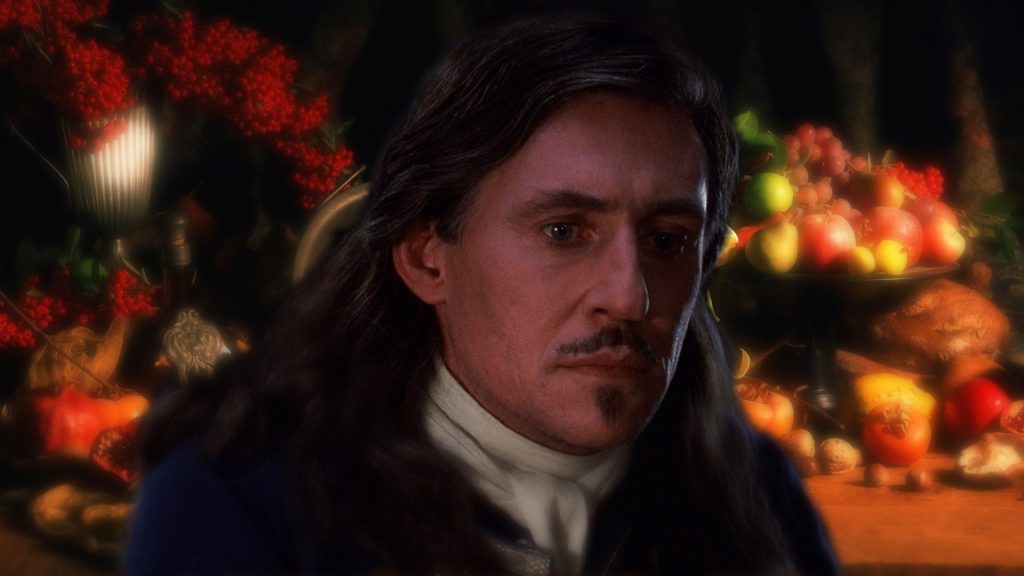 Download this wallpaper and make your desktop romantic and autumnal