Albert Finney was a star from the moment he exploded on the screen in 1960, in Saturday Night and Sunday Morning. There was no question. He was versatile, talented, and magnetic–everything a star must be. He lit up the screen for five decades, in everything from Tom Jones to Under The Volcano, from Miller’s Crossing to The Gathering Storm, from Annie to Murder on the Orient Express. His latest role was in the James Bond film, Skyfall, made in 2012, fifty-six years after his screen debut in 1956. An incredible career. And now he is gone. 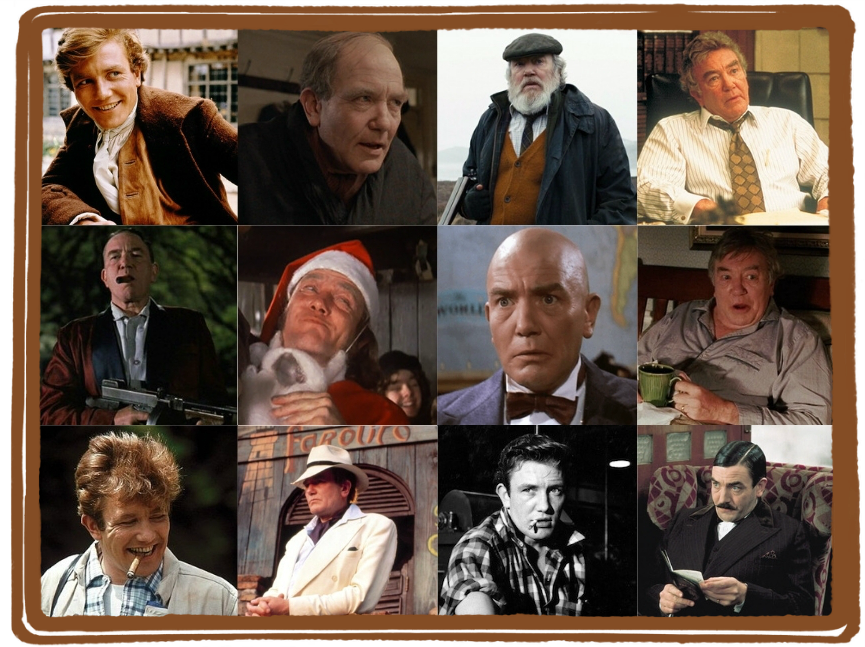 A tribute by Gabriel Byrne

From Barry Egan, writing for Independent.ie

“The roles could have been written for Edward G. Robinson and early Humphrey Bogart — not,” Mr Byrne points out, “as a pastiche but as a kind of homage. In a playful moment during rehearsal one day, he broke up the company by delivering his lines in Bogie’s voice and cadences,” wrote Helen Dudar in the New York Times in September, 1990.

“I was so saddened to hear of Albert’s passing,” Gabriel told me.

“We got to know each other well during the four months we worked together on Miller’s Crossing — going to and from work and at nighttime in the bars of Bourbon Street.”

“And we kept in touch,” added Gabriel. 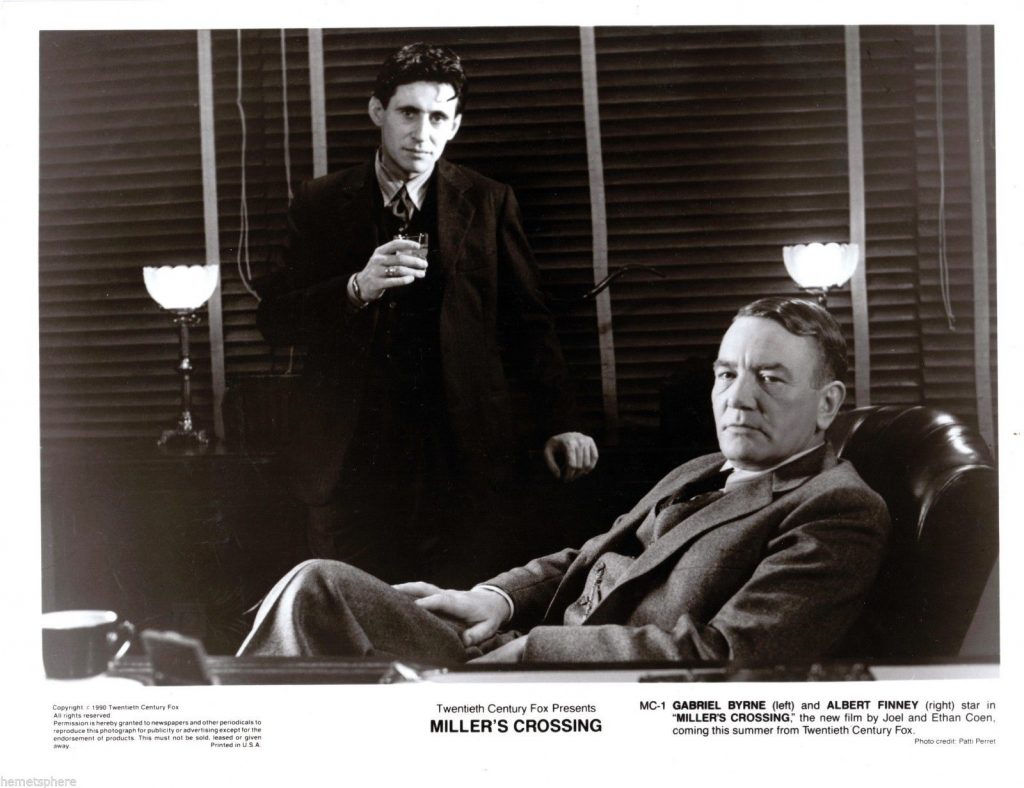 “We were participants together in the Saint Patrick’s Day parade in New Orleans where the film was shot. I said to him once sleep interfered with his hunger for life and he agreed.”

“He was voluble. Fluent, articulate and flamboyant. Passionate and compassionate. Extrovert and introvert. Some sadness hinted at but never articulated. Great fun to be out with, brilliant to work with.”

“Albert detested snobbery and class prejudice. Railed at pretension of any kind.”

“He never lost the rebelliousness of Arthur Seaton, the character he played in his film debut [in 1960] Saturday Night And Sunday Morning. It’s the definitive English working class angry rebel without a cause.”

“I loved that he turned down all the gongs the British establishment tried to bestow on him. The OBE later the MBE. They left it at that because they knew he would never want to be called Sir and be turned down again.”

“He was a great actor,” said Gabriel, “who made it look effortless yet in every character he played we recognize his great and complex humanity.” 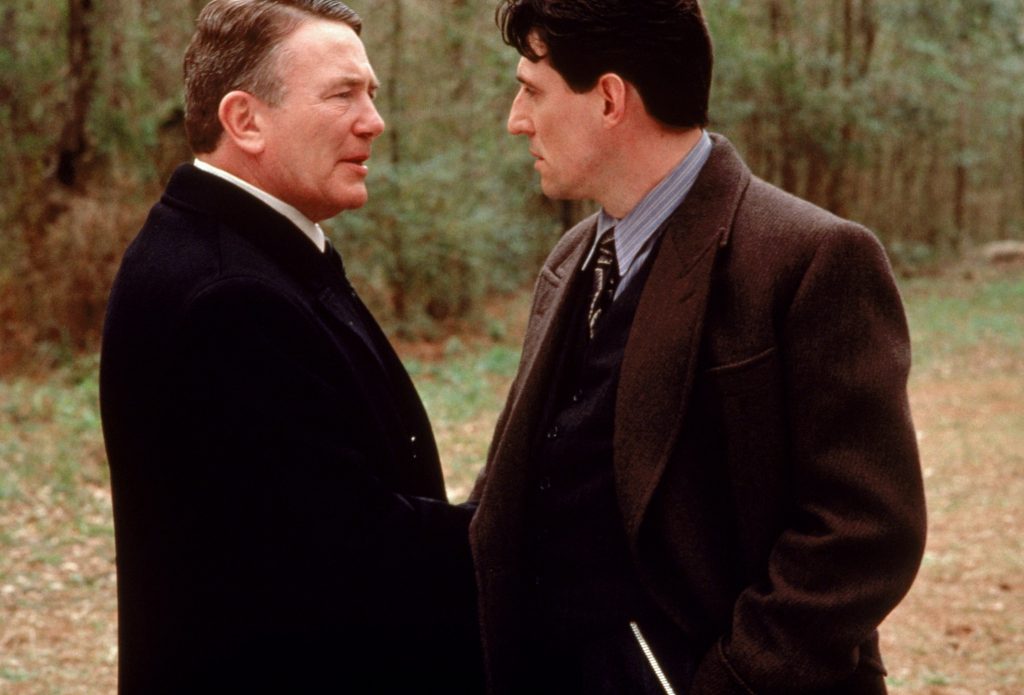 On a personal note:

My favorite Albert Finney films are:

Two For The Road, with Audrey Hepburn
Under The Volcano, because he made Malcolm Lowry’s complicated and disturbing character really live for me
Miller’s Crossing, of course
and
The Browning Version, for his understated power in the role
To tell the truth, though, I’ve seen him in almost everything he ever made and I’ve always loved him.

Vaya con Dios, Albert. We will miss you. heart 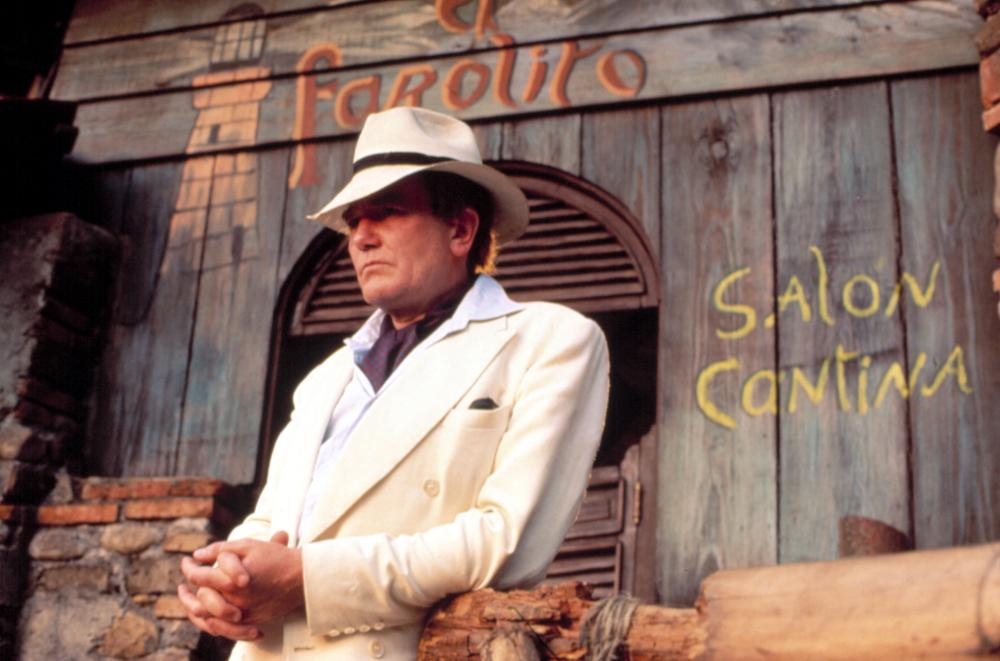