Ahhh. After the holidays. Yes. No more frantic present-hunting. No more airport trips and delayed flights. No more holiday cookies and candy and cake…Wait! No more treats? Yes, we’ve got treats! Gabriel Byrne Treats. Read on!

Do we sense a trend here? First it was In The Cloud. Then Hereditary, followed by Maniac. Now War of the Worlds!? Our favorite leading man has taken a turn towards the strange. And we love it! Mostly. Some of us are still having trouble watching the disturbing but also reportedly riveting Hereditary. Some of us who are wimps, that is. wink

This new take on H. G. Wells’ literary classic, War of the Worlds, will be set in contemporary Europe. One of Gabriel’s many co-stars will be the amazing Elizabeth McGovern, recently of Downton Abbey.

Flickering Myth offers this synopsis (which probably comes from an official press release):

The War of the Worlds series sees “astronomers detecting a transmission from another galaxy, giving definitive proof of intelligent extra-terrestrial life. Earth’s population waits for further contact with baited breath, but does not have to wait long. Within days, mankind is all but wiped out, with just pockets of humanity are left in an eerily deserted world. As alien ships appear in the sky, the survivors ask a burning question — who are these attackers and why are they hell-bent on our destruction?”

Read more at the series announcement posting and get ready for we don’t know what!

Our roving correspondent Angelle in Canada–whom we thank!– sends in this report:

This film will now shoot in April in Montreal with pre-filming prep in March. Yay!!! They are saying they are working around Gabriel’s busy schedule… The producer says they received the rights to (Leonard) Cohen’s songs, some of which will be used in the film. The story is unchanged from what was announced previously…

(The film) won’t be based only on the book, but on the whole of Cohen’s oeuvre and sensibilities. Not a biography of course. But Leonard Cohen was certainly a ladies’ man. There’s a wonderful article about this. I will find it and send it to you. [Note from Stella: And here is the article!]

Quebecers Karelle Tremblay and Antoine Olivier Pilon will play alongside Irish actor Gabriel Byrne in the movie Death of a Ladies’ Man, a feature film inspired by Leonard Cohen’s music, to be shot in Montreal this spring.

The production of this film, written and directed by Montreal’s Matt Bissonnette (Who Loves the Sun), was originally scheduled for last fall. But the filming was postponed by a few months so that it could fit into the busy schedule of the main actor, Gabriel Byrne (The Usual Suspects).

“We will finally begin the preparation in March and filming will begin in April,” said Quebec producer Marie-Claude Poulin (Rebelle, Miraculum), who co-produces the feature film in partnership with Canadian-English and Irish production groups.

“The film will mostly be shot in Montreal, but scenes will also be filmed in Ireland. ”

The film borrows its title from Leonard Cohen’s fifth album, released in 1977, Death of a Ladies’ Man, but it will be inspired by the entire musical repertoire of the late Montreal poet and singer, who died in November 2016 at the age of 82 years old.

“Several of Cohen’s songs will be included in the film,” says Marie-Claude Poulin. “We have also acquired the rights to the music for a long time. It must be said that Matt (Bissonnette) is very familiar with Cohen’s work since he had already used some of his songs in one of his previous films (Looking for Leonard).”

Death of a Ladies’ Man will immerse us in the world of Samuel O’Shea (Gabriel Byrne), a professor of poetry at McGill University in Montreal, who spent his life partying and running after skirts. While he is divorced and his two older children have turned against him, he will learn that he has a brain tumor.

Like Cohen’s work, the film will cover themes including love, poetry, illness and father-son relationships.

Quebecers Karelle Tremblay and Antoine Olivier Pilon were chosen to play the children of the character of Samuel. Irish actor Brian Gleeson (Snow White and The Huntsman) has also been cast. The release date of the film has not been announced yet.

It is wonderful to have this news about another intriguing project in Gabriel’s very near future! Stay tuned for more as it happens. And again: many thanks to Angelle, our friend in Canada, who always provides us with great information and updates! heart 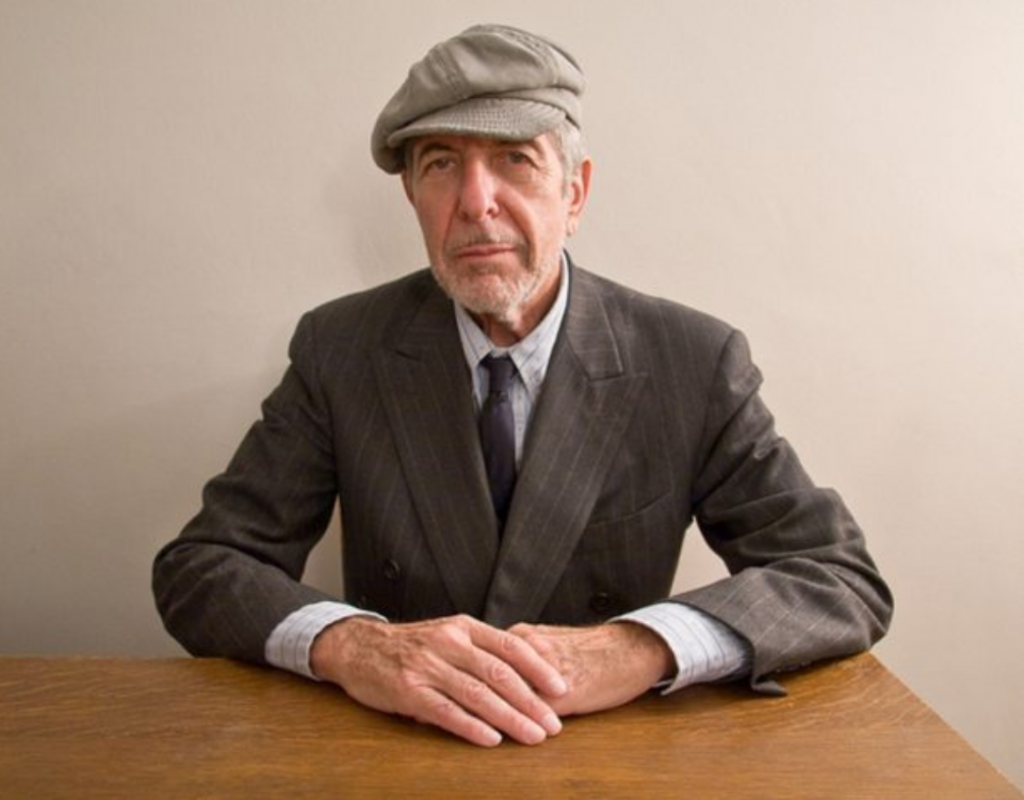 Gerard Mannix Flynn’s new documentary will have its premiere at the Dublin International Film Festival February 28.

And this screening is already sold out!

Gabriel Byrne serves as an executive producer on this film, along with several other colleagues, and it is clear that this documentary has been a labor of both love and loss for these two old friends.

Mr. Flynn assures us that the film will be available for everyone to see very soon.

Although this first screening of Land Without God at @DublinFilmFest is sold out you will have a chance to see the work in Ireland later this year when it is released. #VMDIFF19 #landwithoutgod @Eclipse_Picture @SNAPNetwork @EllenBarkin pic.twitter.com/cpuL2fG7DN

Be sure to read more about this new documentary and join me in congratulating all involved in bringing this work to life! 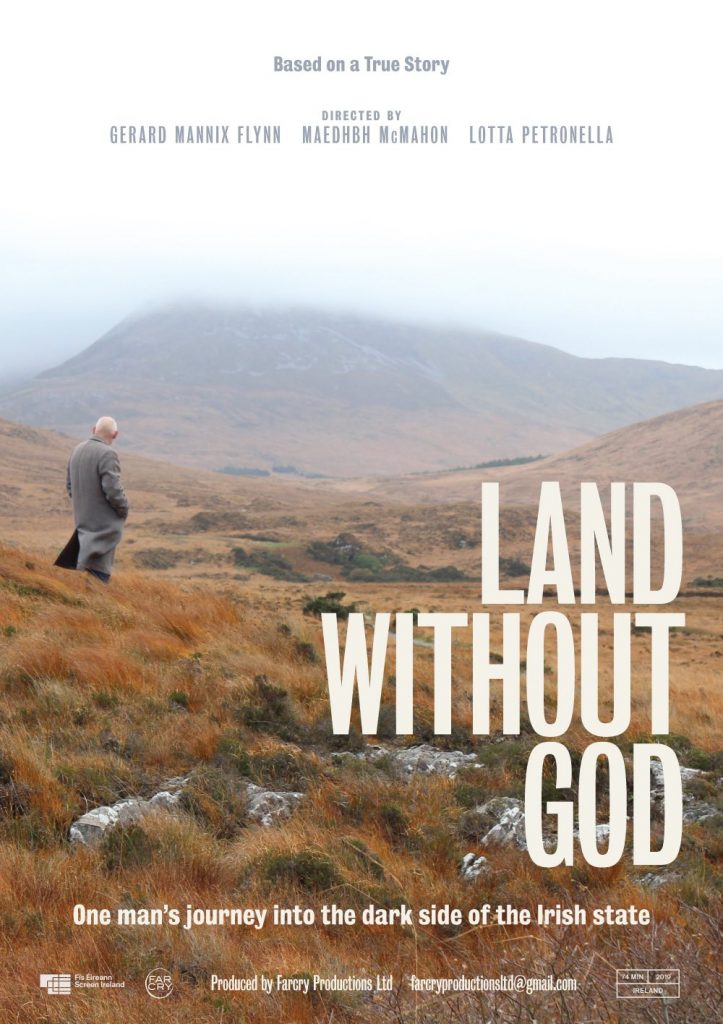 It is the second visit by the actor – who first came to prominence on Irish TV in the hit series Bracken – in as many years.

Last year, he and his wife, Hannah, and their daughter, Maise, enjoyed a quiet break at Liss Ard, but his most recent three-night stay was at Grove House in Schull.

The central location provided them with a base to search for a new home – holiday or otherwise – and it is understood that one house they visited in Castletownshend caught their eye.

Last Saturday night, December 15th, the couple ran into the local firefighting crew from Schull, and their partners, who were enjoying their Christmas night out at Grove House.

Station officer, Paul O’Brien, who coincidentally happens to be a native of Castletownshend, said the Hollywood couple were ‘very engaging, very down to earth’ and spoke about the beautiful houses in the area.

When asked if meeting the couple made their party night, Paul laughed and said: ‘We made theirs!’ 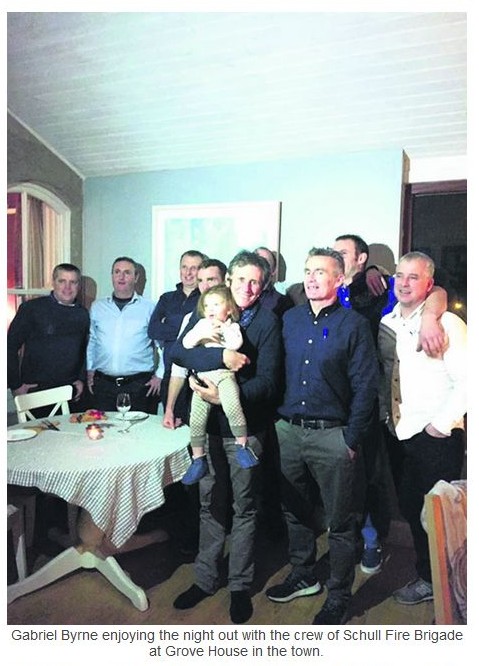 I must admit, fellow Byrneholics, that I poked about on the web a bit, checking out real estate in the Cork area–not the first time I have looked at places to live in Ireland, believe me. And wow! There are indeed some gorgeous places for sale. The views. The green. The sky. It is obvious that a vacation home in Ireland would be magical, so we wish them well in their explorations!

Treat #5: The Dead in New York City during the holidays

Robert Mack is an actor in New York. He appeared in an adaptation of James Joyce’s The Dead at the Irish Repertory Theatre during the holidays. And Gabriel Byrne was in the audience. 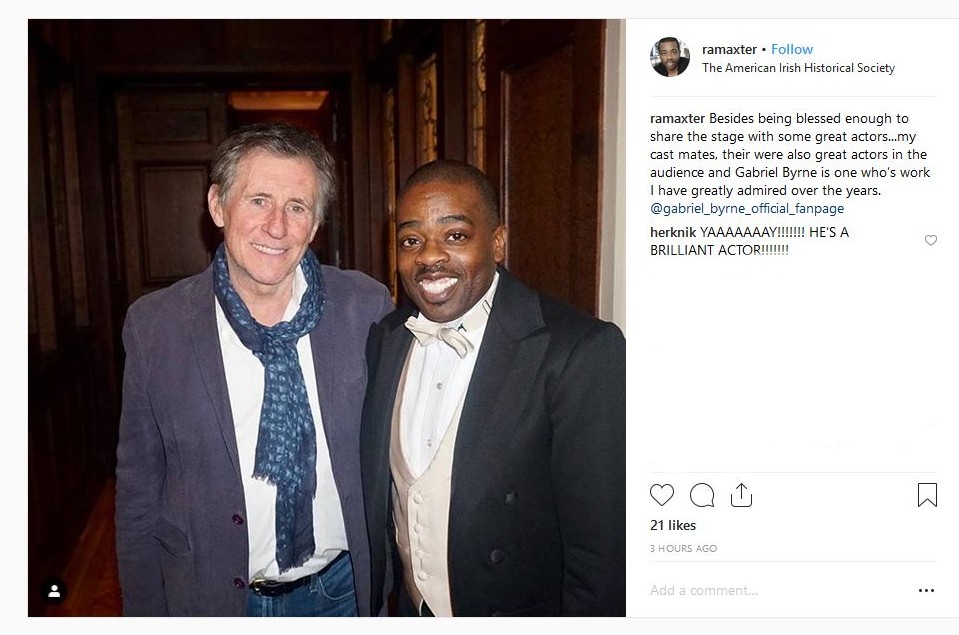 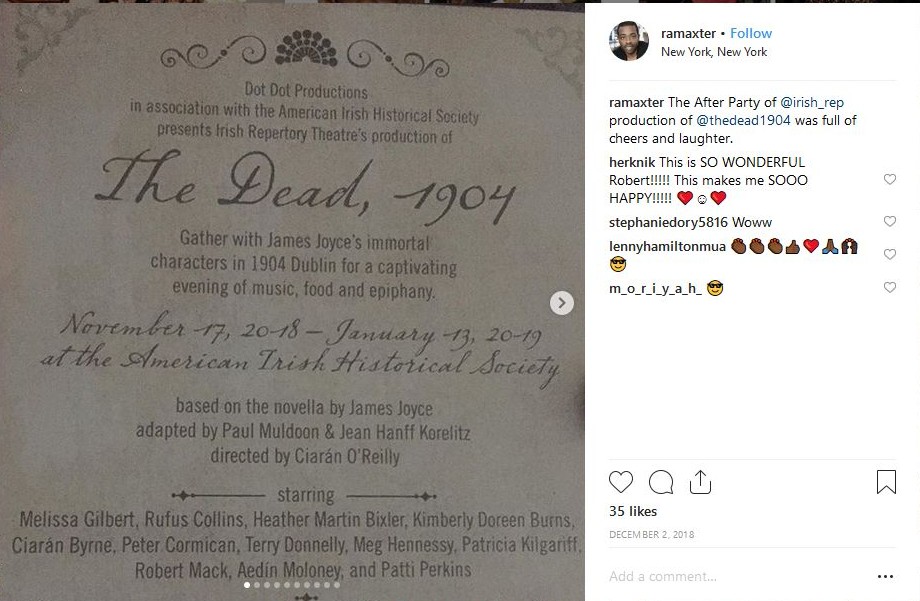 This is a very special presentation of the play, a celebration for the holidays that includes dinner, and is described by the New York Times as “an unusually sparkling affair… you are not likely to attend a holiday gathering in a more sumptuous setting this season.” Something to think about for next year, yes? smile

Meagan Navarro over at Bloody Disgusting has done some sleuthing recently and discovered just why it is Ghost Ship does not live up to our horrific expectations:

Ghost Ship wasn’t as exciting as it promised. But then, the theatrical release we got was far removed from the original screenplay. A gory special effect driven ghost party set at sea was originally a much quieter psychological haunter in the vein of The Shining…

Now we have heard a similar story from Gabriel’s co-star in the film, Ron Eldard, who informed us that the original script he read was for a project called Chimera, a chilling psychological thriller, not the spooky gore-fest that eventually hit the screen. In this article, we get the details on how the original script was altered, the cast changed, and the focus of the film shifted from ghostly to gory. Oh, what might have been. Still, we did get this, and that’s something: 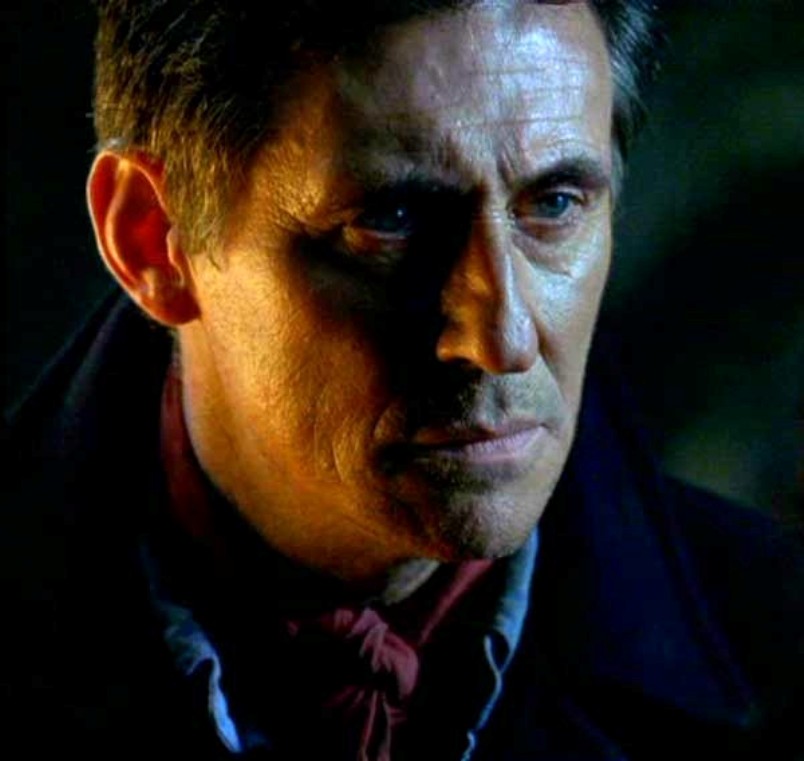 It’s her birthday! Newsweek celebrates by listing her 15 most popular films and that’s a very nice way to acknowledge someone’s birthday! It is quite a list, so be sure to check it out.

Of the three, I believe Jindabyne is the greatest achievement. Both actors are so intensely committed to these characters they portray–they are electric together, in a complex drama that addresses themes surrounding identity, race, and marriage. So, of the three, watch Jindabyne, but be sure to check out the other two as well.

Michael Phillips of the Chicago Tribune said: “Jindabyne is wonderfully acted by Laura Linney and Gabriel Byrne, two first-rate performers working close to the bone and concerned foremost with making an audience understand their characters, as opposed to merely liking them.”

Laura Linney is always wonderful. I respect her work in John Adams (HBO, 2008) so much. She brought Abigail to life in a way I did not expect! 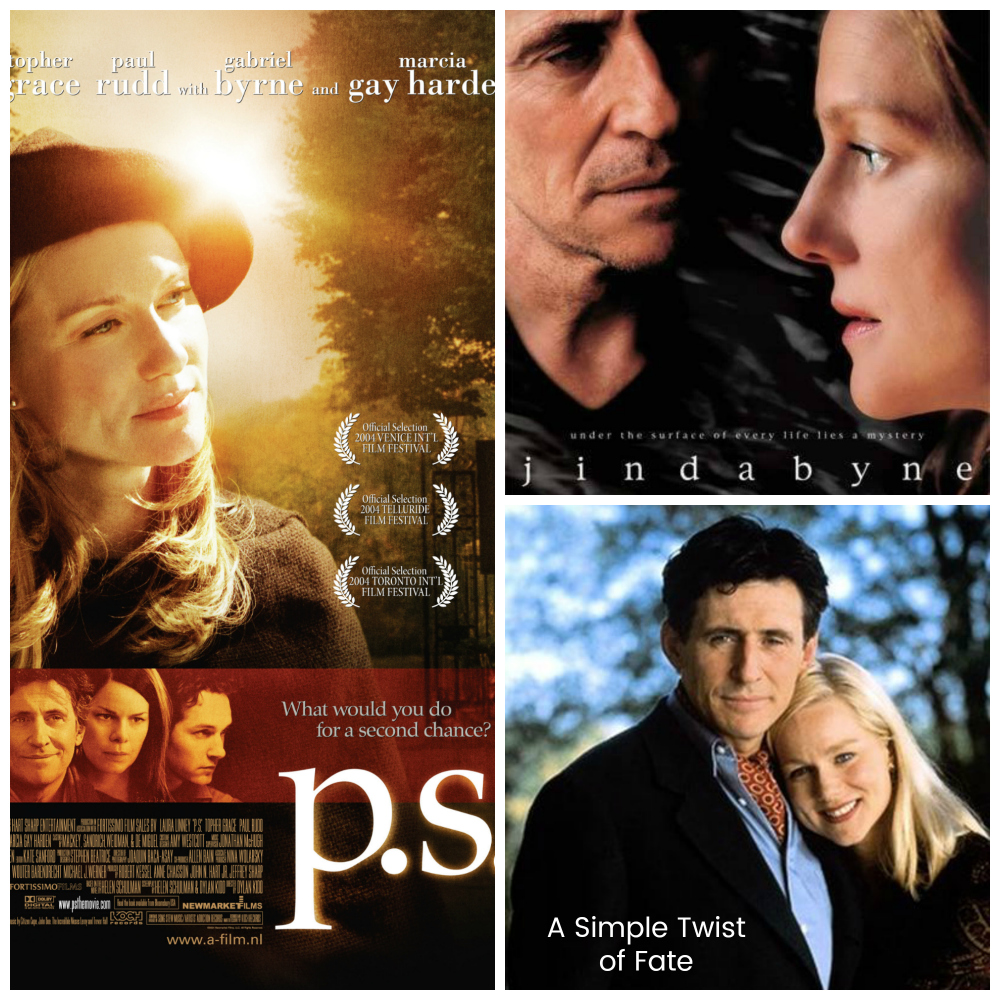 We are not there yet, but almost! Over at Byrneholics On Facebook, we do not advertise or buy or otherwise try to get more “likes.” We just post pics and videos, talk about Gabriel Byrne, and share our experiences. So the number of followers we have grows slowly…but surely! We are now approaching the 2,000 mark and, once we get there, we will celebrate accordingly! All of our success on Facebook is due to our amazing Facebook Administrator, Verónica, who works tirelessly to keep the page lively with pics and comments. So, thank you, Verónica, and congratulations on reaching this new milestone!

We get creative over at the Facebook Page, so come join us!

Don’t worry. Nothing dramatic. A tweak here and there. The basic layout you have seen these past two years will remain the same. Some colors will change, a new section will (hopefully) be added, a few “widgets” will be fixed or altered. I mention this so you will not think “Oh, no! What’s happening on the Gabriel Website?!” when you see something is different. It’s all part of the plan. LOL! 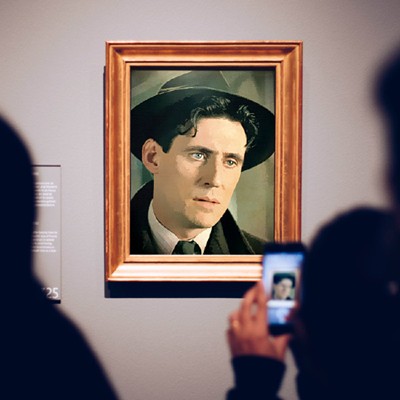 See? I added this Visit The Gallery widget image to the
sidebar already and you didn’t notice, did you?

And that’s all the Byrne-ing News for now. As I type these last words, and offer you a new wallpaper as reward for making it all the way to the end, there is sad news about the passing of Albert Finney making its way through Twitter and my other news feeds. So expect an in-depth posting in his honor very soon. What an incredible talent he was. He will be so missed. 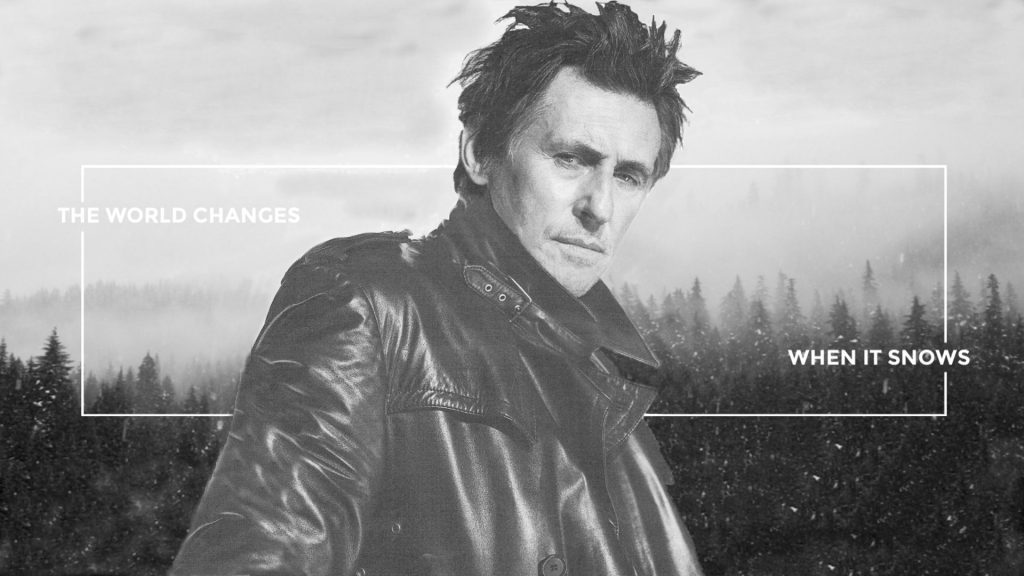 Meanwhile, enjoy the rest of winter. Valentine’s Day is just around the corner… heart

Leave a Reply to Lumi Cancel