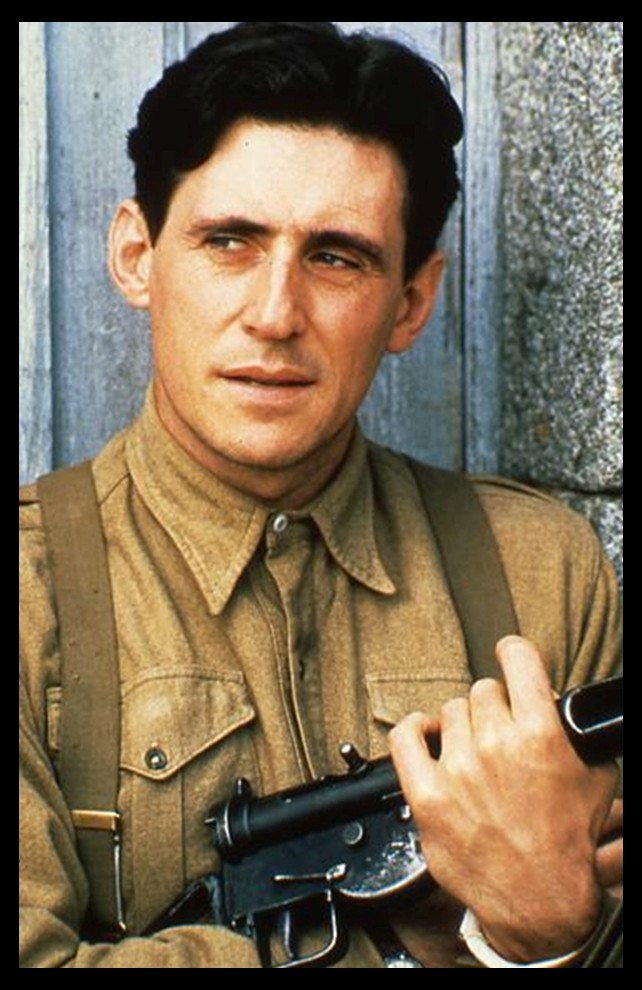 Directed by Larry Parr. Written by Grant Hindin-Miller, based on the novel by M.K. Joseph

Gabriel Byrne and Marianne Basler star in this drama about the relationship between a British sergeant and a French woman during WW II. Once a Resistance member, the woman had an affair with a German officer and is a target for the group’s execution. Coming to her rescue, the sergeant protects her, and they engage in an odd affair. Before long, however, he must choose between her and his military duties. ~ Kristie Hassen, All Movie Guide 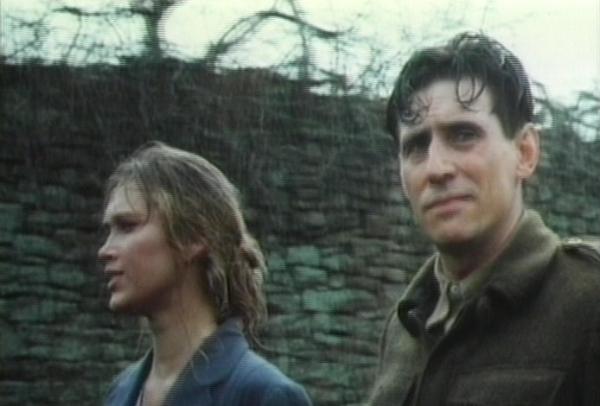 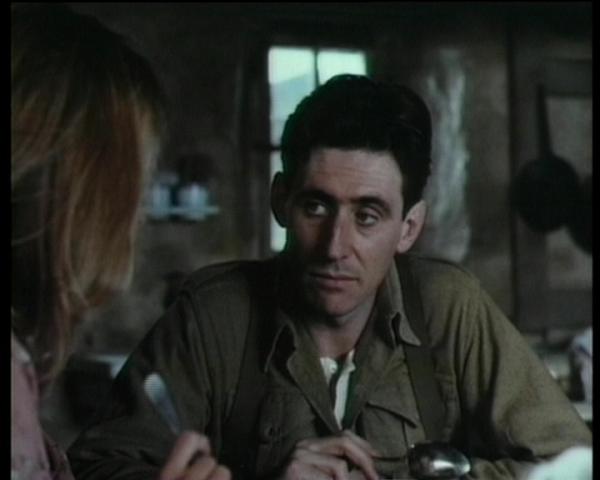 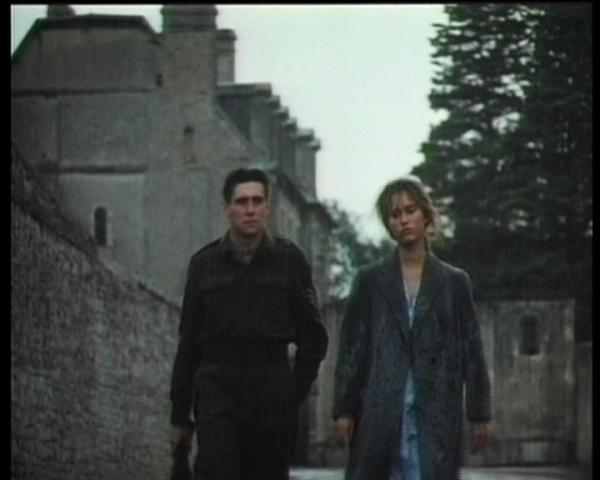 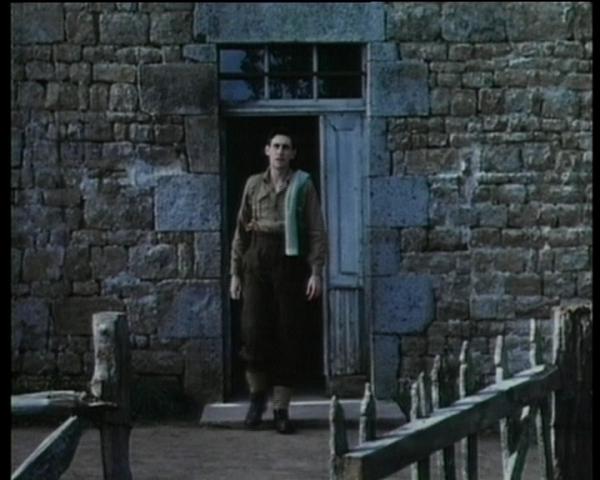 An oddly romantic WWII drama set amid the French countryside, with a darkly brooding lover and a compromised heroine, A SOLDIER’S TALE explores the uncomfortable kinship between war and rape.

VHS-Movie-Review.com [This review is no longer available on the Internet]

Gabriel Byrne puts his rough-hewn chivalry to devastating use as the self-appointed protector of a beautiful French woman unjustly condemned by her past in this sneakily engrossing WWII drama. Based on a well-regarded novel by M.K. Joseph, this somber, not particularly cinematic film feels more like an adaptation of a play, with a minimal number of locations and a relentlessly dour world-view (Judge Reinhold’s exceedingly broad cameo as a quintessential ugly American does serve to lighten up the mood a bit, albeit probably not in the way that the filmmakers intended). This admirably focused film may be a bit too bleak for some tastes, but Byrne’s decidedly unheroic portrayal and an unsettling end sequence make it well worth watching for viewers in a gray state of mind. –Andrew Wright 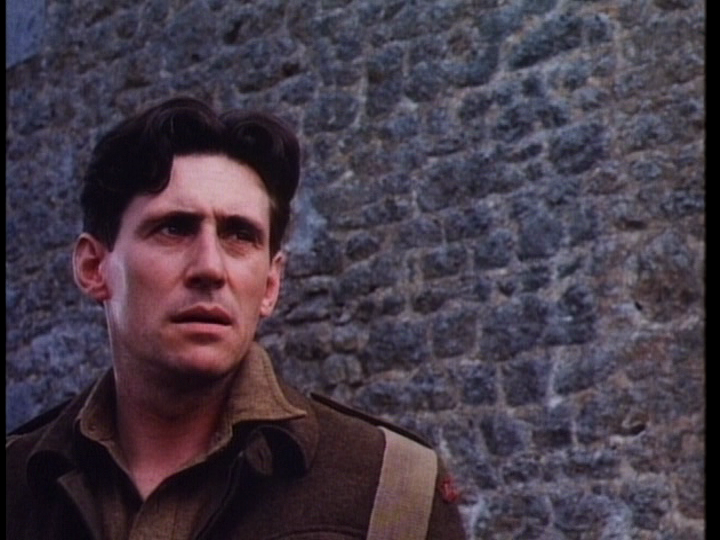 Other anonymous reviews from this website, all rating the film with 5 stars:

A Passionate Weekend
NORMANDY: 1944. World War II. Imagine yourself a soldier doing what you know best; kill. You kill without feeling for you know if your guard drops then you too will be dead. Your unit stops for a period of rest and you wander through the area. A farm house comes into your view and you see a woman. Only God knows how long you have been without one. Here’s one for the taking.

Thus begins this complex story of a British soldier (Gabriel Byrne) whose encounter with an accused collaborator (Marianne Basler) stirs his passion and awakens within him feelings long buried. Transport yourself into time when war makes men into brutes, reduces religion to a mockery and denies people their humanity.

Gabriel Byrne and Marianne Basler give a remarkable performance as two accidental lovers caught up in the whirlwind of war in which there are no black and white answers. Your heart will be throbbing as you witness the dynamics of this couple. Themes of betrayal, objectification of women and lust emerge from this tale. This saga is outstanding in dealing with the emotions of soldiers, civilians and the church in a war which turns everything upside down. Witness this drama.

A Complicated and Moving Tale
I watched this movie with no preconceived ideas and found myself drawn into the drama. Gabriel Byrne was superb as the soldier who comes to realize that all situations are not black and white even those that become life and death. Marianne Basler was also superb as the French girl whose great sin was loving a German soldier in the early days of the French Occupation.

I loved this movie, it was interesting and thought provoking. I highly recommend it.

Haunting
I watched the movie before obtaining the book: both are New Zealand works and superb entertainment. “A Soldier’s Tale” is a haunting story by M K Joseph — one you can’t forget. Superbly filmed on location in France. I guess I liked it because it was plausible: the main characters were human: the heroine was a prostitute and a traitor, and the hero was a common British soldier faced with a horrible dilemma and forced to make a very inhuman choice. Superb tragic plot. Definitely get the book, too. 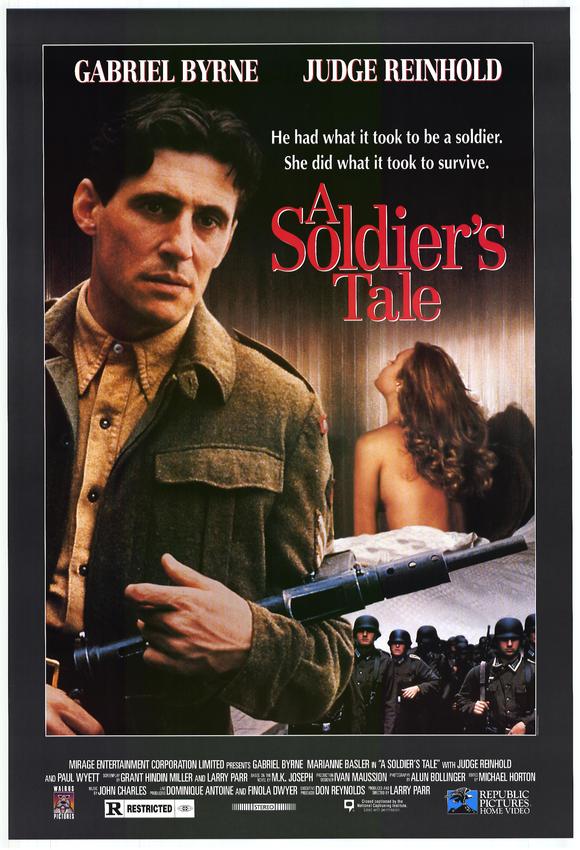 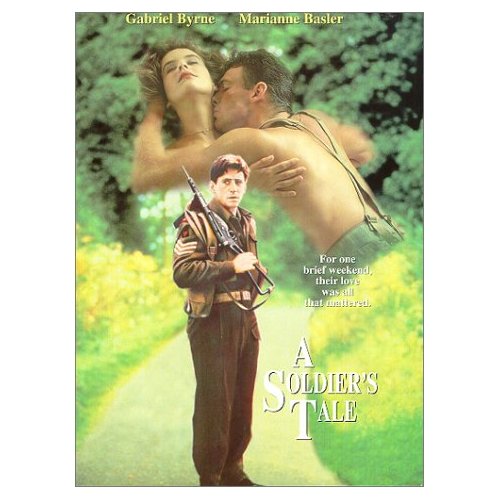 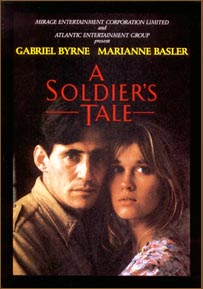 IMDB page for A Soldier’s Tale