Some of the world’s best known men including President Bill Clinton, actor Gabriel Byrne and all of the members of rock group U2 are part of a special new Irish Hospice Foundation book celebrating the unique relationship between sons and fathers.

International writers, actors, artists, musicians, politicians and entrepreneurs make up the star-studded cast contributing to Sons+Fathers. The global book of words and images was inspired by U2 lead singer Bono who donated tender drawings he made of his father towards the end of his life. These formed the foundation of this remarkable anthology of personal contributions.

The book is edited by writer and editor Kathy Gilfillan, a director of the Lilliput Press. 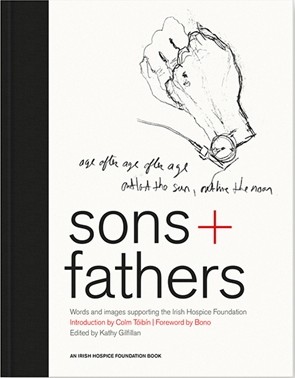 The Book of Men

EIGHTY PIECES OF SHORT FICTION AND NONFICTION ON MANHOOD BY SOME OF THE WORLD’S BEST WRITERS, PRESENTED BY COLUM MCCANN, ESQUIRE, AND NARRATIVE 4

To help launch the literary nonprofit Narrative 4, Esquire asked eighty of the world’s greatest writers to chip in with a story, all with the title, “How to Be a Man.”

The result is The Book of Men, an unflinching investigation into the essence of masculinity.

The Book of Men probes, with the poignant honesty and imagination that only these writers could deliver, the slippery condition of manhood. You will find men striving and searching, learning and failing to learn, triumphing and aspiring; men who are lost and men navigating their way toward redemption. These stories don’t just explore what it is to be a man or how to achieve manliness, but ultimately what it is to be a human—with all of its uncertainty, complexity, clumsiness, and beauty.

With contributions from literary luminaries as diverse as the subjects they capture, and curated by the editors of Esquire, National Book Award winner Colum McCann, and Narrative 4, a global nonprofit devoted to using storytelling as a means to empathy, The Book of Men might not teach you how to negotiate a deal or mix a Manhattan, but it does scratch at that most eternal of questions: What is a man?

Purchase the book at Amazon USA. 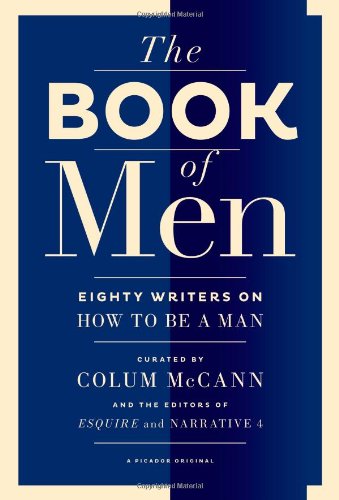