Gabriel Byrne has recorded several audiobooks and audio CDs, including his own work, Pictures In My Head. While several of these resources are available, some are now out of print.

Availability information in the entries below is current as of July 17, 2013.

Most of the information provided is from Amazon.com USA. Other destinations on the web that may have these items include: Alibris.com, AbeBooks.com, and eBay. Be sure to check these links frequently if you are interested in obtaining these titles–items come and go quickly.

If you know of any additional audiobooks or other audio works by Gabriel Byrne, please contact me: stellakuru@gmail.com 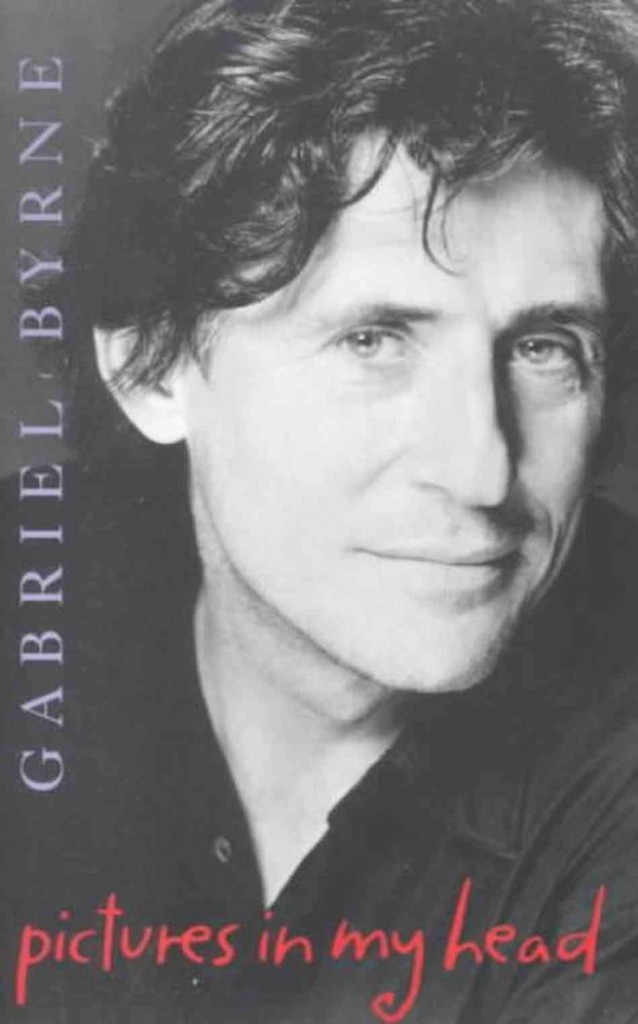 Pictures In My Head, by Gabriel Byrne
Originally published: 1997

From Barnes and Noble:
In vivid cinematic sketches, international film star Gabriel Byrne’s absorbing memoir presents a series of fascinating glimpses into his public and private life. Byrne leads the reader from his youth in Dublin, through his career on stage and screen, to his current work as producer and actor. Along the way he shares his impressions of Hollywood, New York and his native Ireland, and takes us behind the scenes of film sets. He shares memories of famous actors like Richard Burton and writes of the joy of being present at his son’s birth. Gabriel Byrne’s unique narrative style colors every page, mixing colloquial dialogue with evocative descriptions. The result is a frank, intimate account that reveals the man – and the writer – behind the actor’s many faces… the executive producer of the Academy Award-nominated In the Name of the Father leads readers through his career from stage to screen and his current interests in diction and production, and shares his impressions of Hollywood, New York, and his native Ireland. 36 photos. [Information about print book]

Review from Library Journal:
Byrne is internationally known for his acting in numerous films, such as Into the West and Miller’s Crossing, and for being the producer of the Oscar-nominated In the Name of the Father. Now he will be known as a writer of memoirs as well. His book begins as the story of his boyhood in 1950s Dublin, with vivid descriptions of his home, the pubs, and the streets, as well as of his stint as a novice at a seminary in Wales. He also writes of his first love, his beginnings as an actor in Dublin’s vibrant theater scene, and the birth of his two children. In each chapter, Byrne’s voice comes across like the voiceover in a film. His descriptions of Hollywood, of a big-budget production in Eastern Europe, and of his return to Ireland for a break are particularly engaging. Byrne has many stories to tell, and his readers will hope for more in the near future. This absorbing autobiography is recommended for both public and academic libraries. [Information about audiobook] 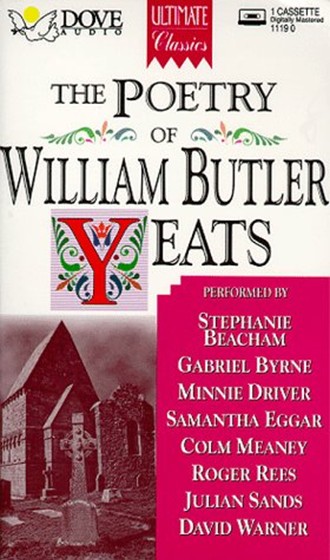 Amazon.com Review:
Yeats is truly the voice of old Ireland. His poetry is steeped in Irish myth and legend; his characters inhabit a world of magic, great beauty, and great sadness. This collection of 85 poems, including “The White Birds,” “The Song of Wandering Aengus,” and “To Ireland in the Coming Times,” reflects Yeats’s range of emotion–joy and regret, passion and lost love, dreams and dashed hopes. Beautifully read by an all-star cast, including Gabriel Byrne, Julian Sands, Colm Meaney, and Minnie Driver, this collection is both an excellent introduction to Yeats’s work and a treat for his longtime fans. (Running time: 1 hour, 1 cassette) –C.B. Delaney 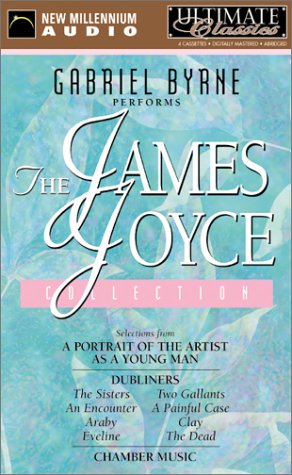 Selections from Portrait of the Artist as a Young Man, Dubliners, (including “The Sisters,” “An Encounter,” “Araby,” Eveline,” “Two Gallows,” “A Painful Case,” “Clay,” and “The Dead”) and Chamber Music

From Amazon.com:
In short stories, poems and monumental novels, James Joyce set out to discover the meaning of his nationality, simultaneously celebrating and ridiculing the history of Ireland in the brilliant style that has made him the most towering figure in the literary landscape of the early twentieth centry. Dublin-born Gabriel Byrne, who has starred in sixteen films, including Little Women and The Usual Suspects reads Joyce’s stories in this classic collection. In these short stories from Dubliners and selections from A Portrait of the Artist as a Young Man, esthetic and alienated sensibilities suffer and survive the paralysis and stifling conventions of every life and family. Joyce’s works of inner thought and struggle are more clearly brought to life in this audio version. 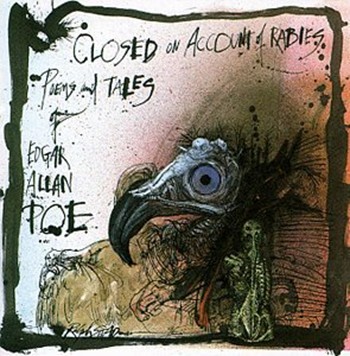 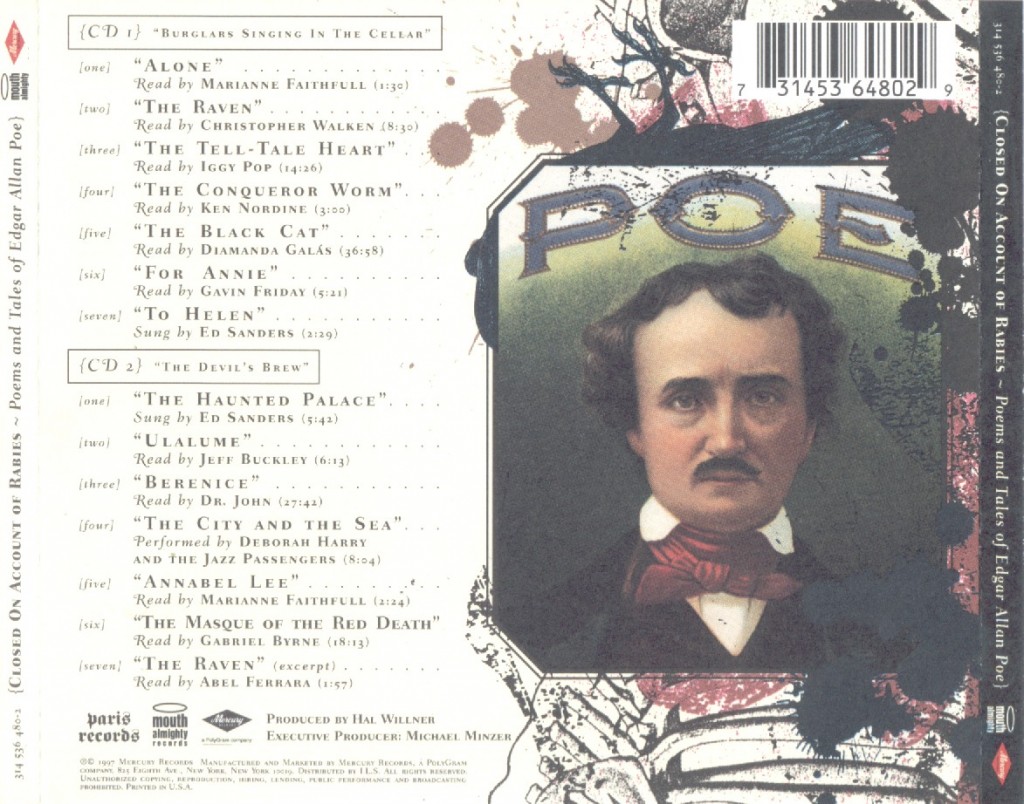 These kinds of tribute albums are always tricky, even when they are just dealing with a musician’s body of work. What Hal Willner has done on this two-CD set is amazing, though. To try to collect the pieces from Edgar Allan Poe’s eclectic catalog of stories and poetry, find the right artists to read, sing, and/or interpret those works, and then to package it all appropriately was a major feat. Every track is not a five-star work, but the collection earns the five stars for sheer effort and uniqueness. From the cover art by Ralph Steadman, appropriately weird and spooky-looking, to the fabulous liner notes by Charles Baudelaire and Willner, himself, this CD set has been an indispensable part of my Grade 11 English (American Literature) curriculum since its release.

Everyone is going to have his or her favorite tracks/stories/poems, but here are mine:
1. Gabriel Byrne reading “The Masque of the Red Death” — great accent, cool music and background noises; nicely understated, Byrne lets the story tell itself.
2. Diamanda Galas reading “The Black Cat” — smoking five packs a day does pay off for some people. . . . I almost wet my pants when I first heard her read the opening line of the story.
3. Dr. John reading “Berenice” — not the typical Poe selection, very cool New Orleans accent and grovely voice.
4. Iggy Pop reading “The Tell-Tale Heart” — classic story, great voice and interpretation.
5. Marianne Faithfull reading “Alone” — again, great voice and creepy effects.

Availability: Amazon.com Audio CD and audiocassette from other sellers 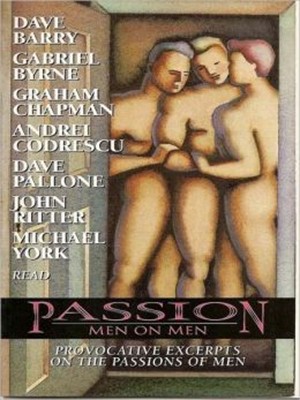 Passion: Men on Men: Provocative Excerpts on the Passions of Men
Originally published: 1995

Excerpt of Amazon review:
First of all, this book has very little to do with erotica. The title of the book is Passion; Men on Men. It is a collection of writings regarding men, their feelings, thoughts and emotions. There are both humorous pieces as well as thought provoking ones. Yes, there are some writings concerning gay men but straight men are not left out; longing is universal after all. It is truly a mix bag of essays and excerpts from books. An audiobook quite unique.

Availability: Amazon.com audiocassette from other sellers

The Star-Child and the Nightingale & the Rose
by Oscar Wilde
Originally published: 1996

From Alibris Books:
Known for his acerbic and urbane nonfiction, Oscar Wilde was also a master of the fairy tale. As Wilde explained, his fairy tales were written “partly for children and partly for those who have kept the childlike faculties of wonder and joy.”

Availability: Amazon.com audiocassette from other sellers 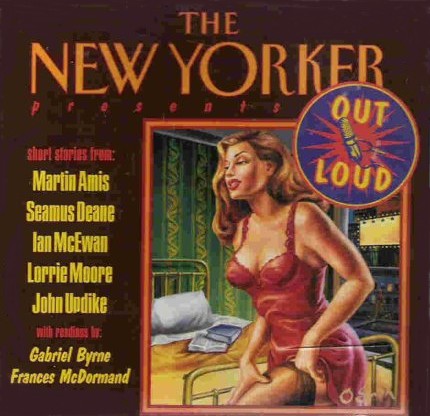