After getting his television start on the rural drama The Riordans, Gabriel Byrne went on to make a similar drama for RTÉ, but this time he had the starring role.

According to the RTÉ Archives:

The best information available regarding the series episodes, provided by Paul English, is:

As far as I can tell from the information provided on each episode, we have: June, December, January, March, April, and May.

So, enjoy this incomplete run of Bracken episodes and be patient for the day we have them all! 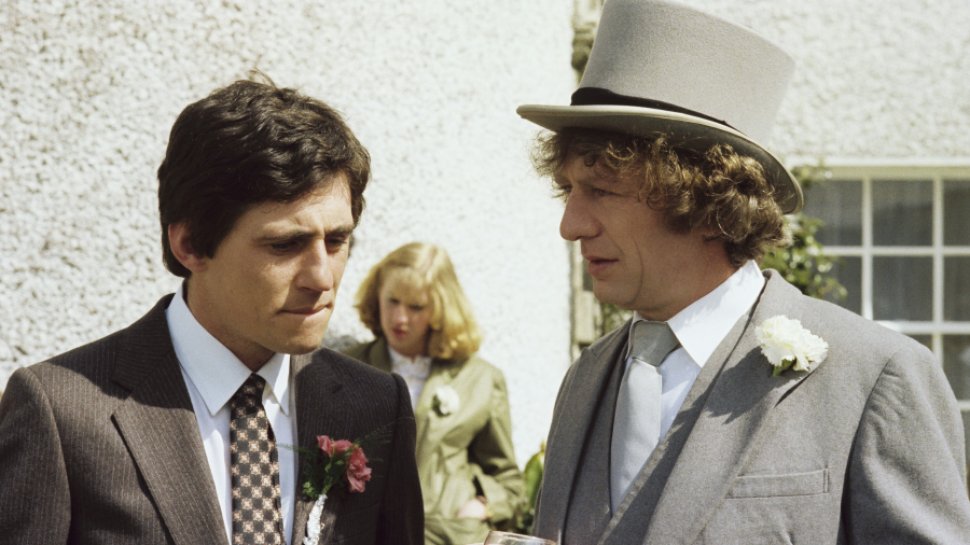 Gabriel Byrne as ‘Pat Barry’ and Mick Lally as ‘Miley’ in a wedding reception scene from ‘Bracken’, in April 1982

In RTÉ’s television series Bracken, Niall Tóibín and Gabriel Byrne played adversaries in their starring roles. Johnny Ryan writes, “these various schemes and subtle villainies make all the ploys and simple back stabbery of Melrose Place or Dynasty look like child’s play.”

Many thanks to Elf for providing these episodes and to Paul for helping get the history straight!