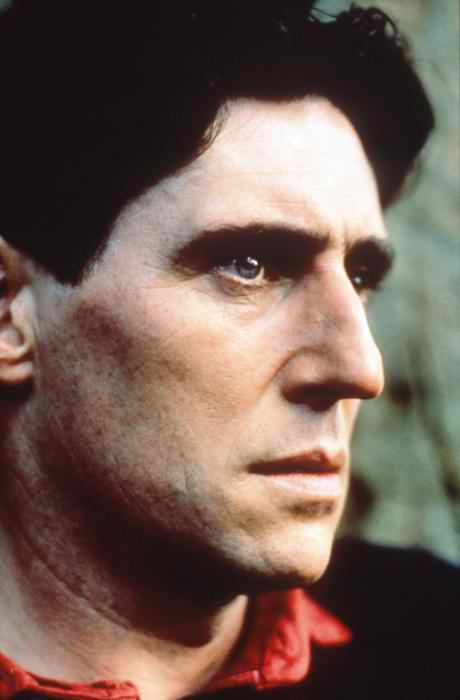 The jealousy inside a man’s heart…can be the deadliest weapon of all.

Hugo, heir to a fortune, is married to Ginny. They have a young son, and she seems devoted to Hugo, but jealousy wracks him: he imagines her in the arms of a colleague, he spies on her, he rages. One night, after drinking with members of his regiment, he runs his car over a woman: she dies, and all but one of his pals urge him to drive on. Why didn’t he stop or swerve? She looked like Ginny. A psychological tug of war ensues: Peter, Hugo’s business associate, wants to use the cover-up to leverage power over the estate; Jamie, who’s dating Hugo’s sister, wants to go to the police. Hugo’s family closes ranks. As the police investigation closes in, who will win the power struggle? ~ Rotten Tomatoes 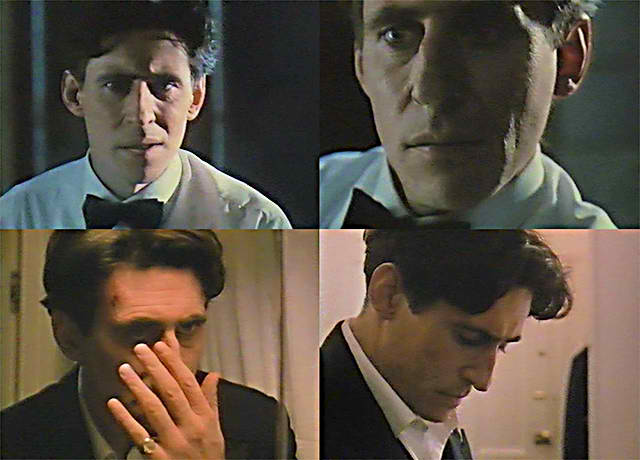 Dark Obsession is a slow, English-made, psychological thriller dealing with erotic obsession, guilt and betrayal. Sir Hugo Buckton (Gabriel Byrne), an aristocrat strapped for money, is married to beautiful, sensual and successful Virginia (Amanda Donohoe). His alcoholism and his envy of her lead to his obsessive jealousy and belief in her lack of fidelity. During one drunken evening while out driving with friends, Hugo hits and kills a pedestrian who resembles Virginia. When Hugo begins to receive vague blackmail letters, he suspects one of his friends, and the group begins to plot a murder. Dark Obsession has all the ingredients of a first-rate thriller but fails despite its excellent cast to generate any excitement. The pace of the film is languid, the motivations of the characters are unclear, and after the accidental death, nothing much really happens. Dark Obsession, originally released as Diamond Skulls, despite the best efforts of its cast, is a thriller that fails to thrill. ~ Linda Rasmussen, All Movie Guide 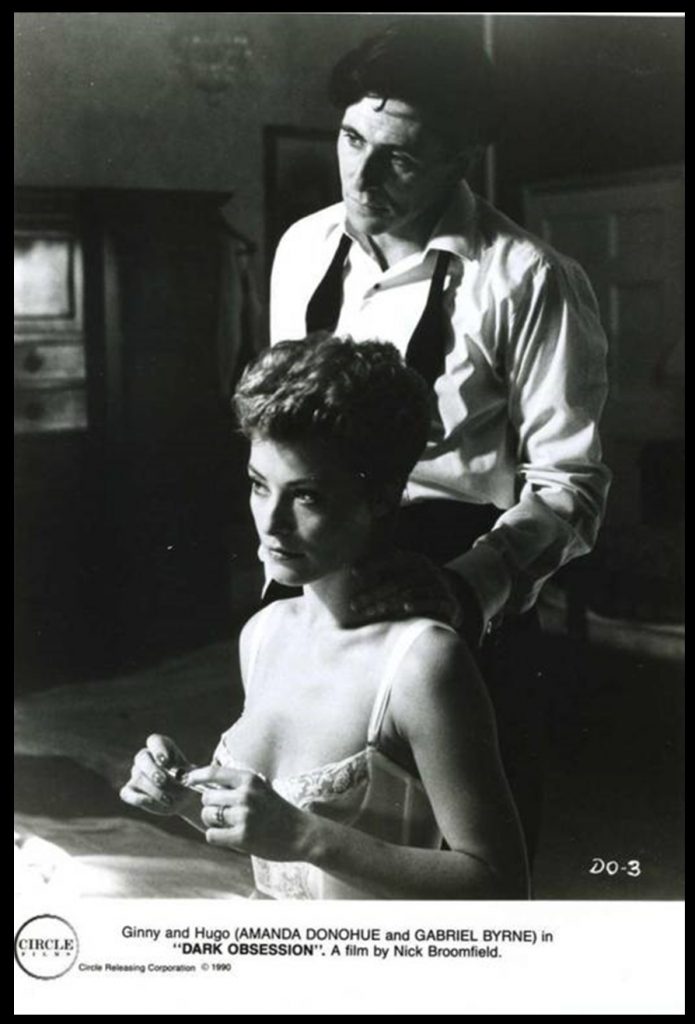 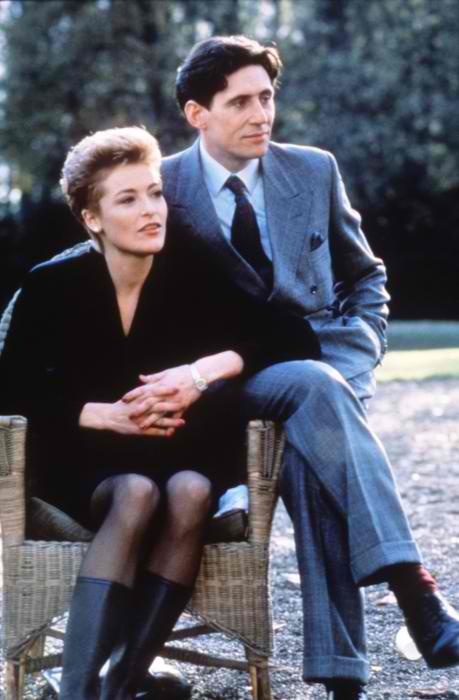 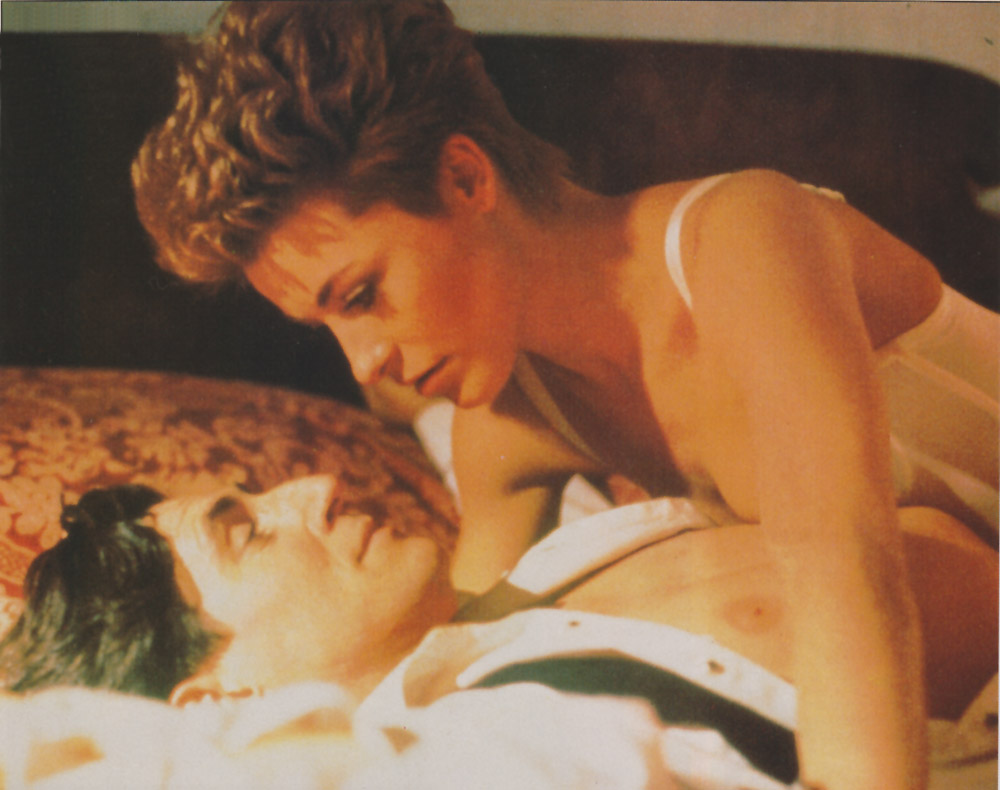 More promotional images are available in the Gallery. 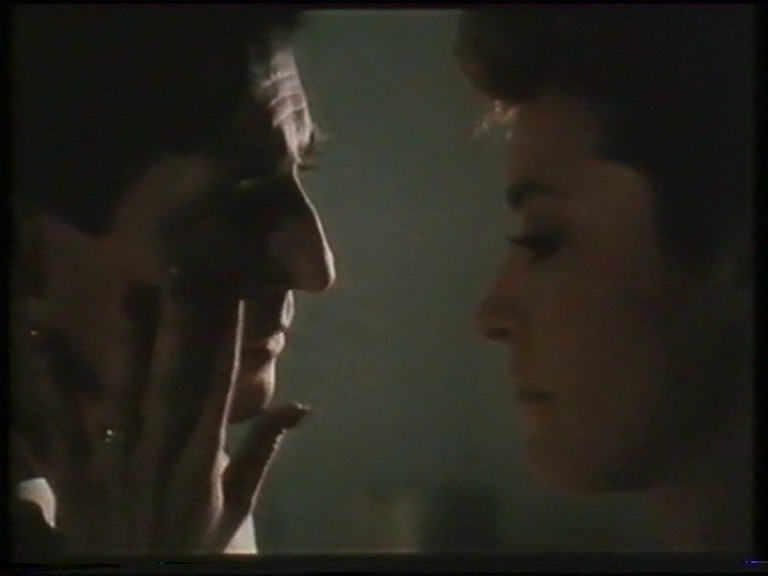 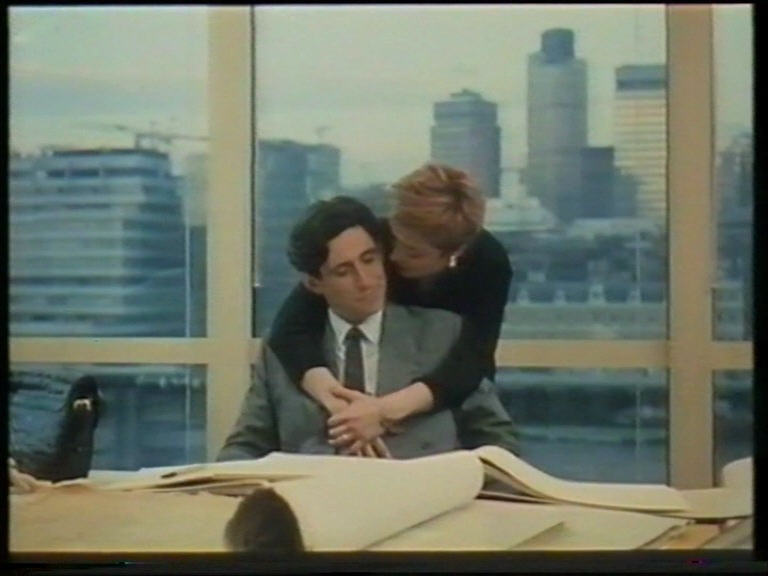 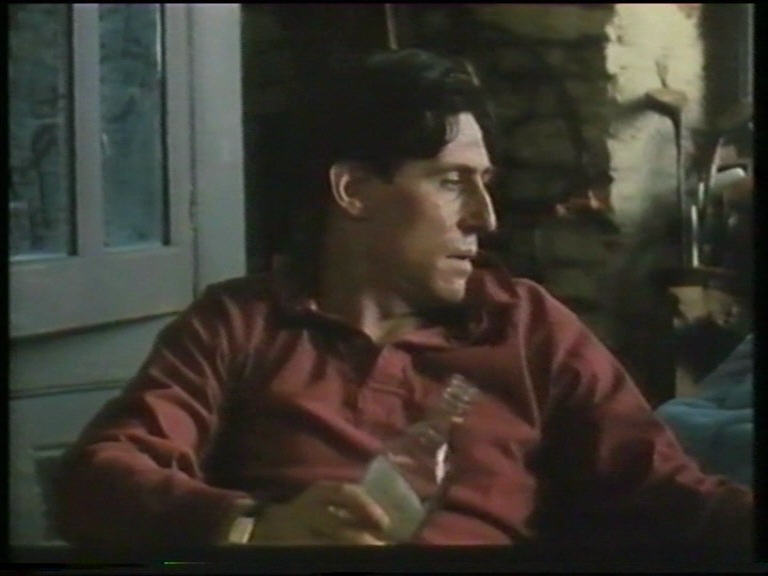 More screencaps provided by Daniela are in the Gallery. 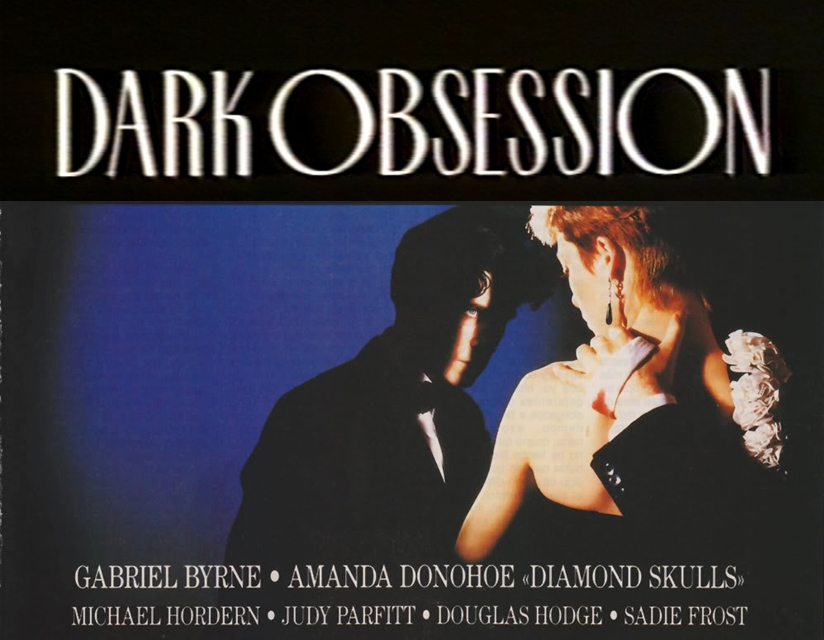 “Dark Obsession,” a film of murder, sexual jealousy and refined decadence, is only fitfully a murder mystery. A crime has taken place, and there is an attempt to solve it, and one of Sir Hugo’s young friends is tortured by his conscience because of the bloody secret he has been pledged to keep. But the business of the crime plugs along in the background, while Hugo and his family carry out the daily pathology of lives that have become lies.

Rarely does a documentary film maker make the transition to fiction as adroitly as Nicholas Broomfield has in “Dark Obsession,” a psychological thriller displaying a documentarian’s fascination for small, telling details. Mr. Broomfield, whose earlier work includes “Soldier Girls” and “Tattooed Tears” (made in collaboration with Joan Churchill), turns this time to the world of a bony, haggard English aristocrat (Gabriel Byrne) whose bloodless manner belies a capacity for desperate jealousy, reckless behavior and worse — much worse. 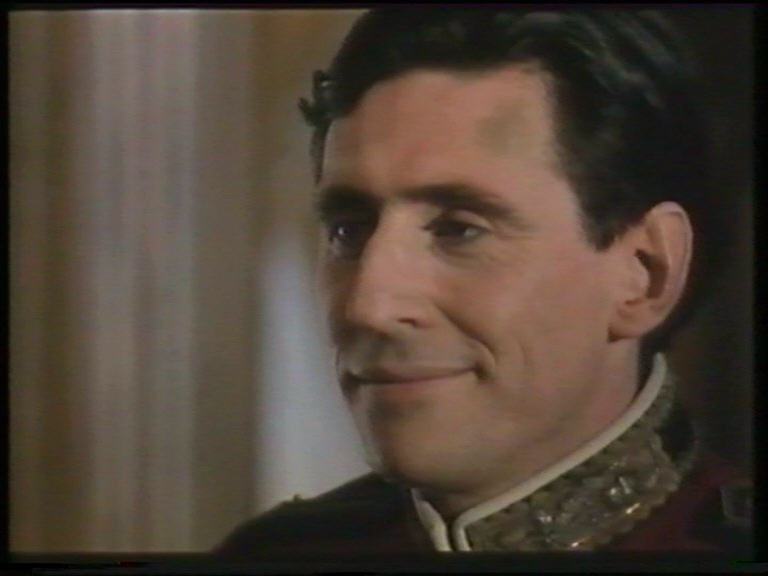 It’s been such a long time since the “angry” British playwrights and filmmakers of the ’60s that it’s surprising to watch today an otherwise conventionally made film energized by such an intense a rage at the follies and hypocrisies of the British upper class. As Byrne’s self-indulgent Sir Hugo starts to disintegrate under the pressure of his growing obsession, the film skewers the corruption of the aristocracy, a class that is bound to close ranks no matter what.

About Dark Obsession: “Yep, well what can I say. A great cast, a great producer, writer and cinematographer…But I think I kind of screwed it up.” 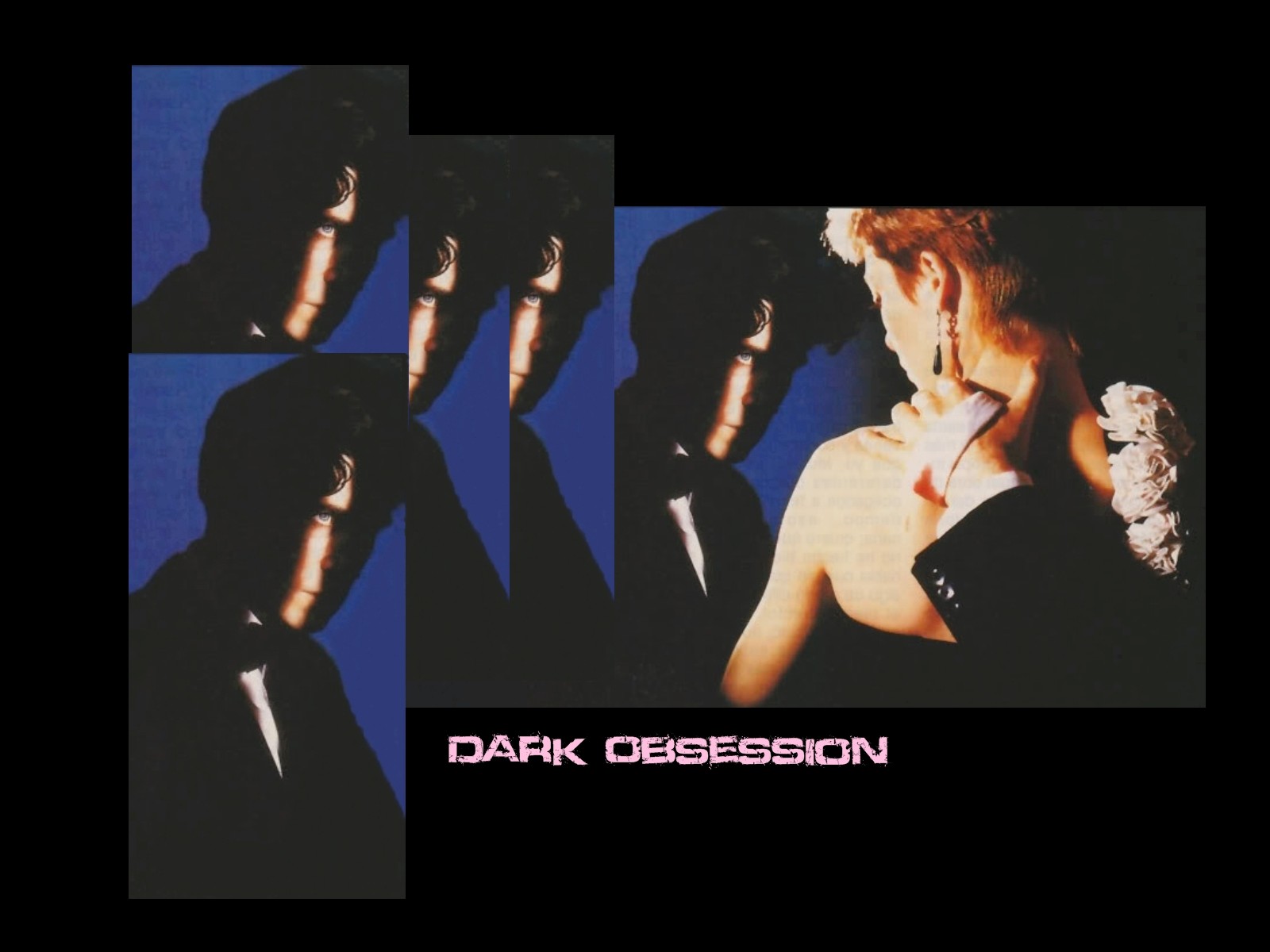 Thanks to Daniela for the lovely screencaps and to CorFidele for the promotional images.