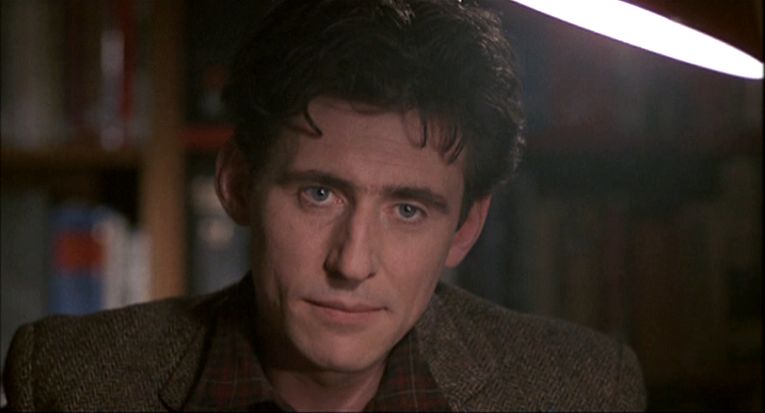 Just how far will a government go to hide the truth?

This fast-paced thriller examines the amorality of a nation’s secret services and the responsibility of journalistic investigations in an era of nuclear tensions and bureaucratic deceit. The film examines an unspooling series of events occurring after a near crash of a nuclear bomber at an American Air Force base in the English countryside. When Dennis Markham (Ian Bannen), a well-respected member of Parliament, is reported by a London paper to have been seen leaving a woman’s home, and the woman is found to also be familiar with a dignitary from East Germany, his loyalty to his country is questioned, and he is forced to resign. The author of the newspaper exposé, Nick Mullen (Gabriel Byrne), continues his investigation with his colleague Vernon Bayliss (Denholm Elliott). But when Vernon dies from a mysterious heart attack, Mullen suspects something deeper at work and finds evidence of a complex web of deceit concerning a secret Air Force base. With the help of Vernon’s secretary, Nina Beckman (Greta Scacchi), Nick fights the dark forces in order to bring the truth to light.–Paul Brenner/All Rovi 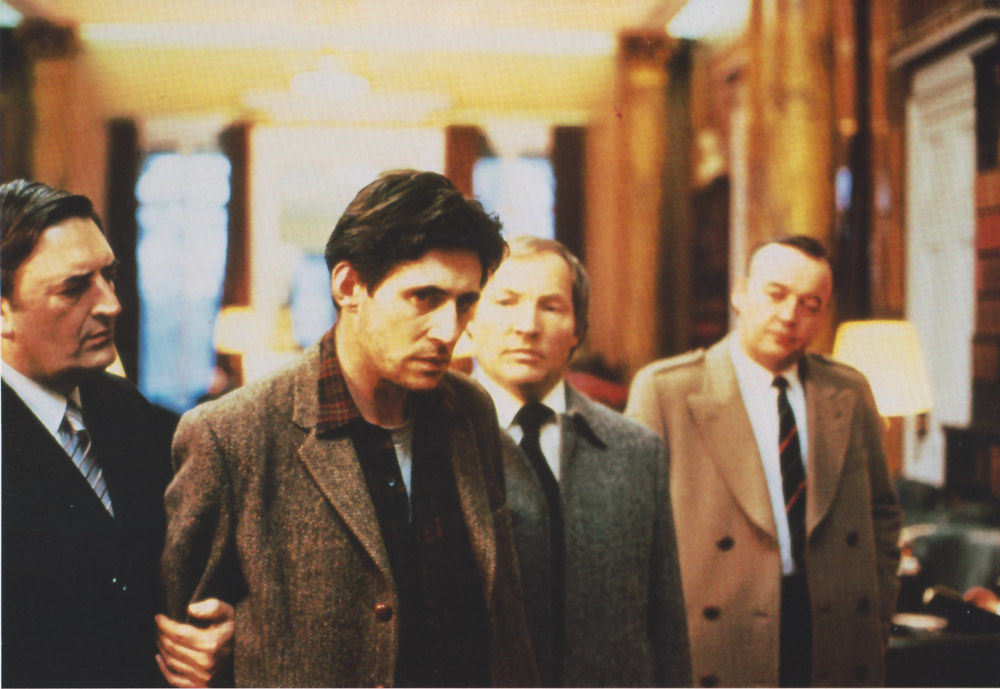 Following a crash of a nuclear bomber at an American Air Force base in the English countryside, Dennis Markham (Ian Bannen), a prominent member of Parliament and opponent of the American nuclear presence in the United Kingdom, is reported by a London paper to have been seen leaving a woman’s home. When the woman is found to also be familiar with a dignitary from East Germany, his loyalty to his country is questioned, he is hounded by the media and isforced to resign: a case reminiscent of the 1963 Profumo Affair. The author of the newspaper exposé, Nick Mullen (Gabriel Byrne), continues his work with colleague Vernon Bayliss (Denholm Elliott) who suspects that Markham is being framed for his views. When Vernon dies from a mysterious’heart attack’, Mullen suspects something deeper at work and finds evidence of a complex cover up concerning a nearnuclear accident and a secret US Air Force base. With the help of Markham’s secretary, Nina Beckman (Greta Scacchi), Mullen continues to investigate the affair despite the best attempts of the British Government to stop him. –Wikipedia 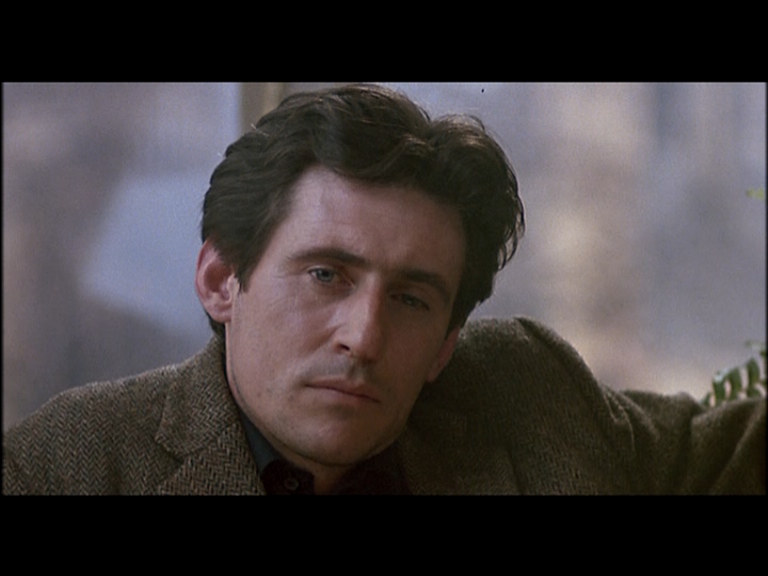 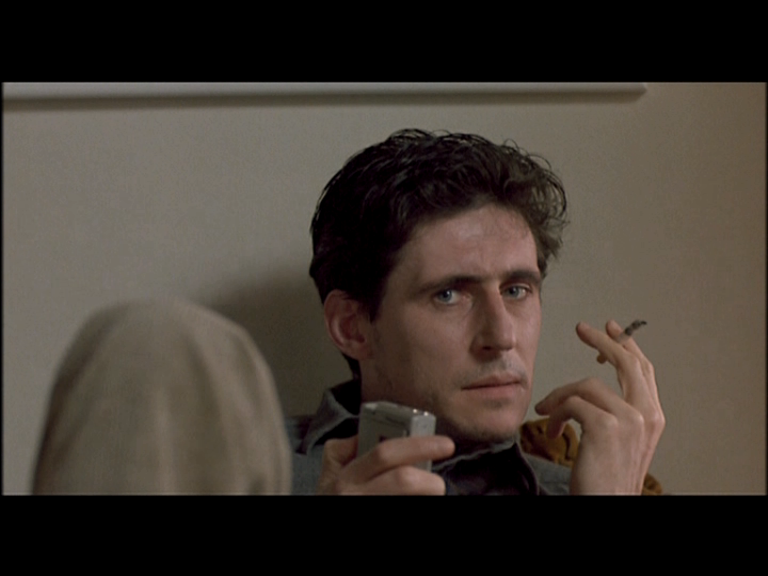 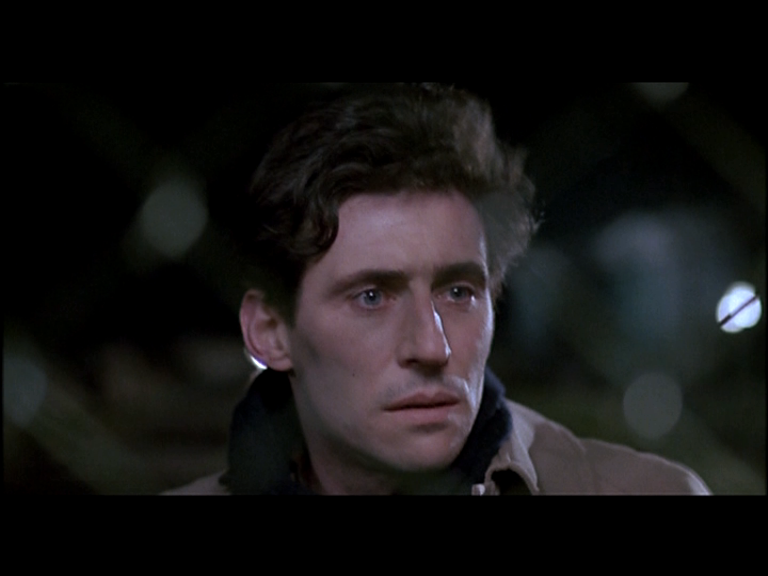 More screencaps by LucilleP are in the Gallery.

Vernon Bayliss: Vodka and Coca-Cola. Detente in a glass!

Ministry Man: You would agree, would you not, that certain things bearing on the defence of the realm are best left unsaid.
Nick Mullen: If you mean covered up, no, I wouldn’t.

[Byrne pours his coffee into a potted plant]
Jack Macleod: Aw, Christ, what did that geranium ever do to you? 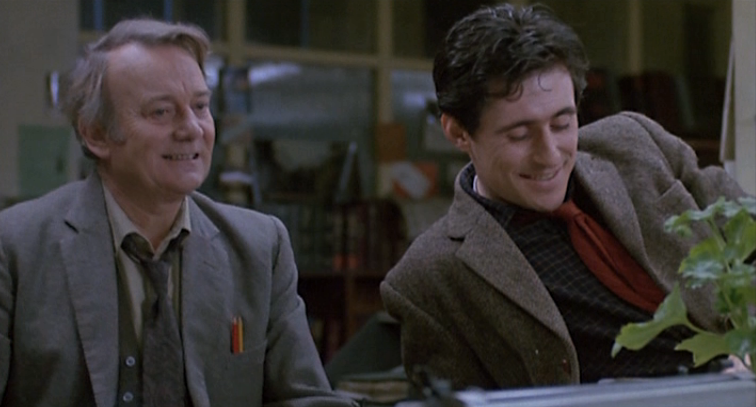 Nick Mullen: All right. For four and a half years, this guy was Chairman of the Commons Select Committee on Defence, during which time he had access to our most important secrets. Right? No, let me finish. He shares his lover with a known KGB agent. Vernon, please let me finish! They then meet in Czechoslovakia and are seen laughing and talking at a conference. I mean, I’ve got to use it!
Vernon Bayliss: Dennis Markham is not a traitor.
Nick Mullen: Oh, I see. One old comrade sticking up for another, eh?
Vernon Bayliss: What?
Nick Mullen: You heard.
Vernon Bayliss: I left the Party in 1956, for God’s sake!
Nick Mullen: Well, then you’re in no bloody position to be objective!
Vernon Bayliss: Oh, objectivity being the hallmark of this great and honorable newspaper! Spare me the humbug, dear boy!
Nick Mullen: Give me a break, Vernon, you know how it is, it’s a bloody good story!
Vernon Bayliss: Oh, well, don’t let the truth get in the way of a good story. 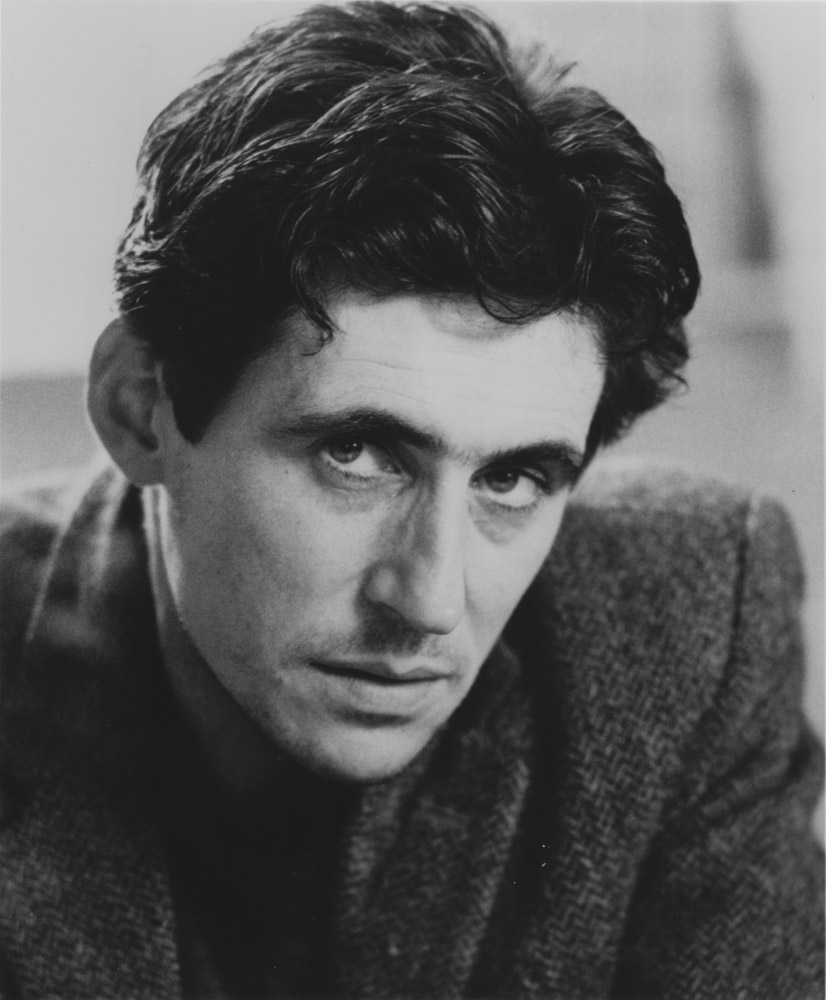 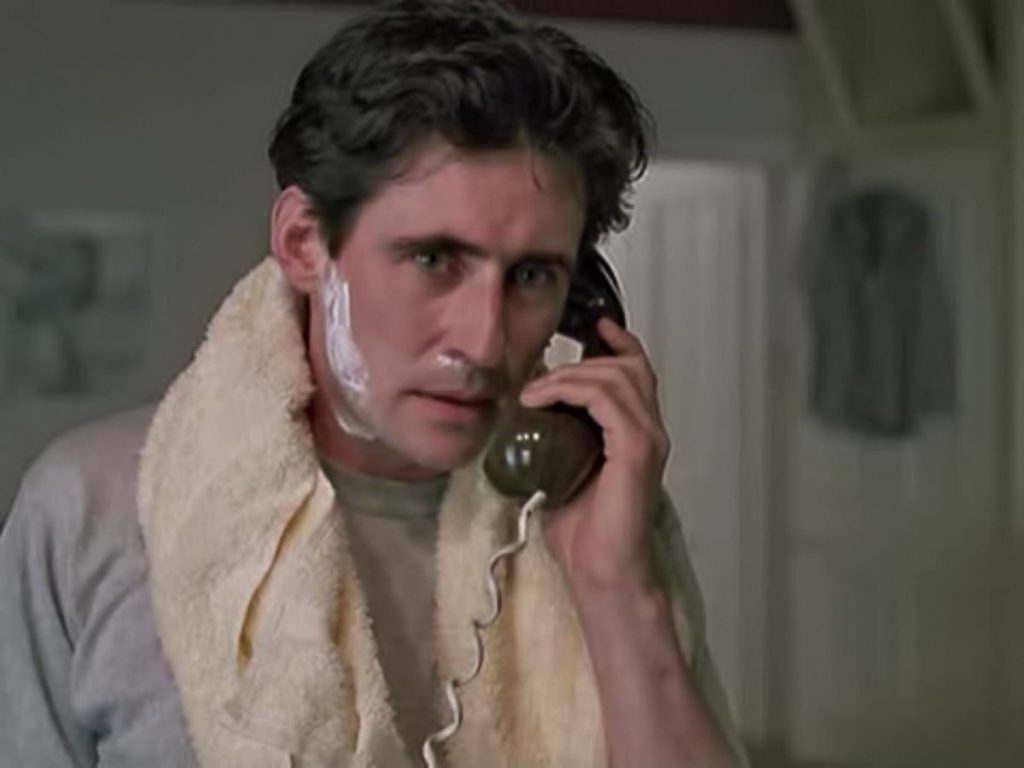 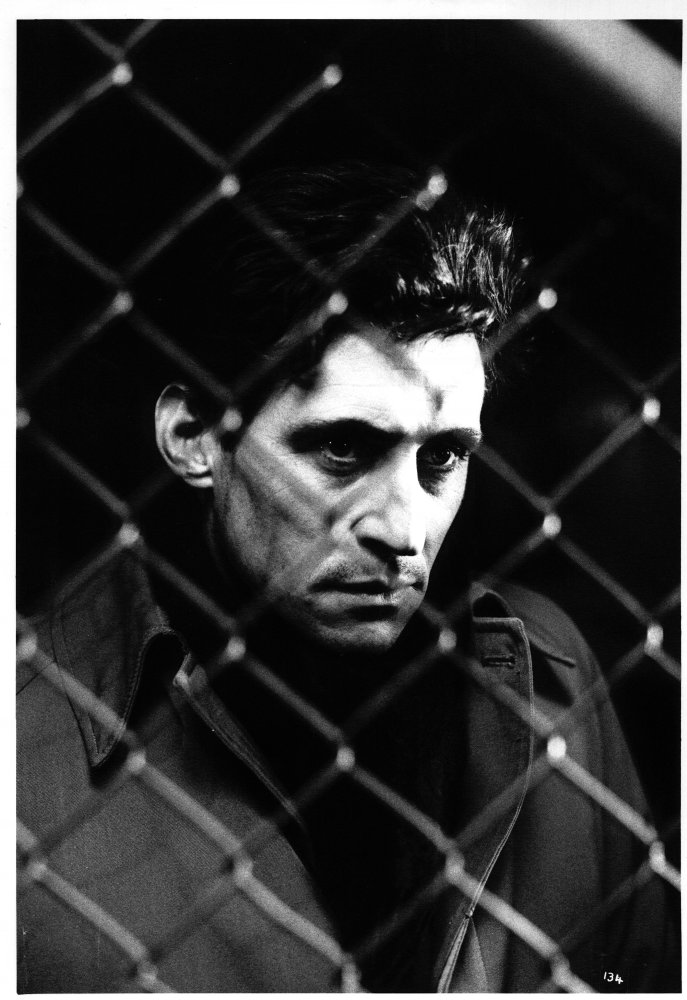 The film takes its title from the 1914 Defence of the Realm Act (DORA), passed in the United Kingdom at the start of the First World War, which gave the Government executive powers to suppress criticism, imprison without trial and commandeer economic resources for the war effort.

After filming, Byrne paid Denholm Elliott a backhanded compliment: “I amended the actor’s cliche to ‘Never work with children, animals or Denholm Elliott’.” 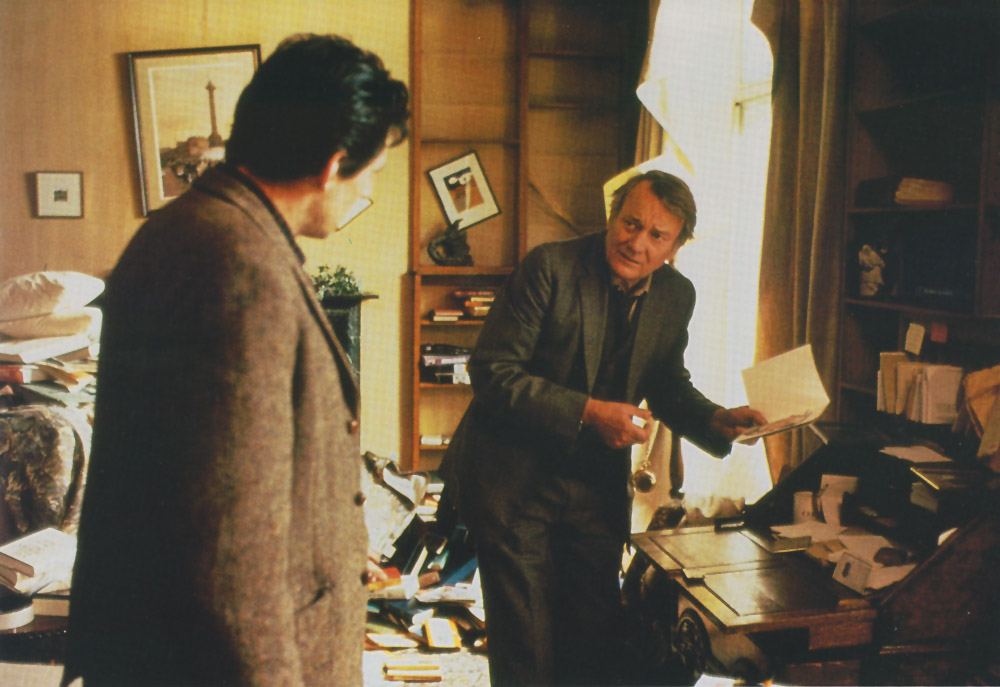 There have been rumors that the film will be remade by BBC Films, but nothing concrete has been reported. 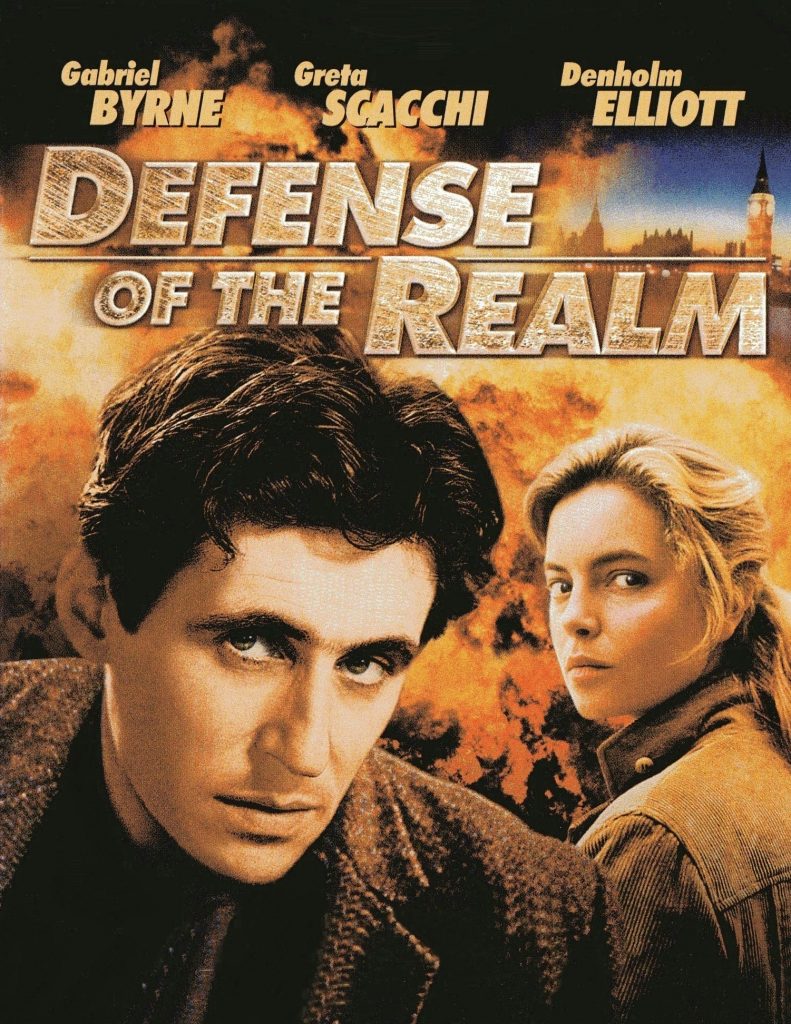 Gabriel Byrne, a relative newcomer, is quietly effective as the reporter, and Greta Scacchi, as a woman who gets involved on both sides of the case, shows again that she can project the quality of knowing more than she reveals. “Defense of the Realm” ends on a bleak and cynical note – unless you count the somewhat contrived epilogue – and gets there with intelligence and a sharp, bitter edge.

The Pols meet the press in Britain’s “Defense of the Realm,” a respectable, if muddled, suspense story involving journalistic freedom and national security. This sedate, cerebral thriller investigates our muckraking hero’s motives just as thoroughly as the hero investigates the leads in an evermore improbable political scandal. (Nothing in comparison to Iran-Amok, mind you, but a bad business nonetheless.)

Gabriel Bryne plays rumpled news hunk Nick Mullen, a cross between Mel Gibson and the McLaughlin Group, the type of news hound we news hens would like to see more of…[director] Drury’s past experience does give “Defense” an on-the-spot intimacy. The camera intrudes, elbows and pushes like a Mike Wallace expose’. It’s that arrogance, along with Bryne’s tweedy sex appeal and journalistic je ne sais quoi, that keeps the thriller percolating. 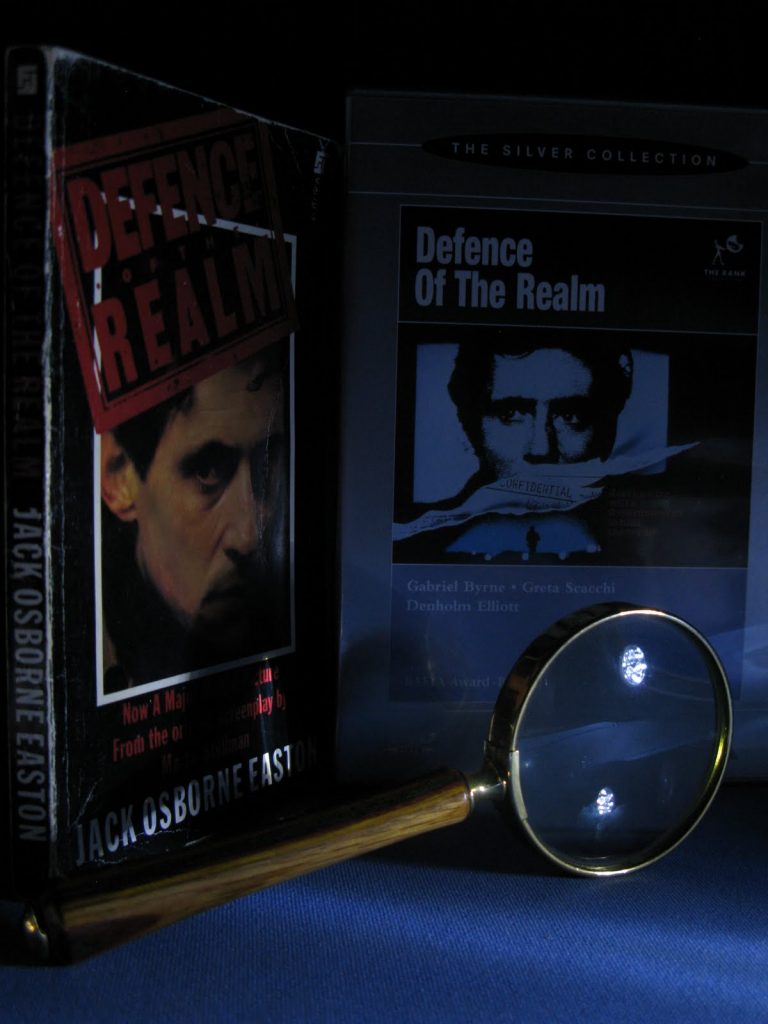 Where Mullen is initially self-serving, unscrupulous and politically uncommitted, his colleague Vernon Bayliss (Denholm Elliot) is an idealist driven to alcoholism by the shattering of his political dreams. It is Bayliss’s suspicious death which spurs Mullen on in his journey of discovery, abetted by Markham’s personal assistant Nina (Greta Scacchi). It is a sign of Stellman’s serious intent that he resists the urge to develop Mullen and Nina’s relationship. Director David Drury maintains an understated tension throughout, helped by sombre and often striking cinematography by Roger Deakins, later favoured by the Coen Brothers.

Dr. Matthew Ashton’s Politics Blog: Great political movies (No24) Defence of the Realm (April 4, 2011) [This blog is no longer available on the Internet]

The 1980s were a golden age for paranoid conspiracy thrillers, especially in Britain. While America responded to the heating up of the Cold War with jingoistic fare like Rambo, Red Dawn and Rocky IV, Britain tended to turn inwards, looking for the enemy within. On television you had the likes of Edge of Darkness, A Very British Coup and the Secret Servant while in the cinema you had Hidden Agenda and Defence of the Realm. All these works deal with an idea that was very popular at the time, namely that the government was up to no good and was either full of KGB spies or the secret services were out of control. The title of this movie comes from the British Defence of the Realm Act which was passed in 1914 at the start of the First World War. The Act essentially empowered the British government to take whatever steps it thought were necessary in order to protect the people. Gradually this power had grown over time to the point where the security services are virtually unaccountable. When they do make mistakes it’s usually hidden behind the screen of national security to the point where they can get away with virtually anything.

…Defence of the Realm also illustrates the different approaches Britain and America have to these matters. While in the USA you had Warren Beatty running around as the world’s most glamorous journalist in the Parallax View, here you have Gabriel Byrne looking like he’s been pulled through a hedge backwards (this is before Hollywood got their hands on him) and Denholm Elliot doing his drunk act. In America you have sinister corporations and high-tech government assassins while Britain has grey middle-class civil servants and rather shabby intelligence officers. The fact that many of these characters seem like they might have stepped straight out of an Ealing comedy or BBC sitcom helps obscure the fact that they are just as deadly as their American counterparts, and when they are violent it’s all the more shocking for it. 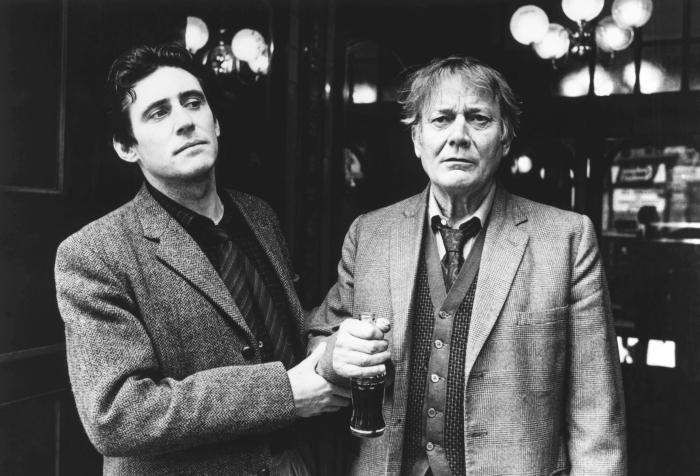 Although Dublin-born Byrne is chiefly remembered for playing gang leader Dean Keaton in The Usual Suspects (1995, directed by Bryan Singer), I first recall Byrne’s smouldering on-screen presence as Nick Mullen (above), a scoop-seeking tabloid hack who turns overnight into a daring investigative reporter in Defence Of The Realm (1985, directed by David Drury, 92 minutes). It’s this British film, set mainly in London, that kicks off this occasional Moviegate series looking at the depiction of investigative journalism on the big screen and on TV.

…However, I think Defence Of The Realm’s enduring popularity partly stems from the way it captures and bottles the air of paranoia breathed by powerful money men, civil servants and by Her Majesty’s less powerful subjects during Margaret Thatcher’s Prime Ministerial realm in the 1980s. Thatcher and her backers seemed to regard all political dissent as Soviet-led, backed by ‘Kremlin gold’. The British left viewed the UK as descending towards an undeclared police state. Released amid that paranoid climate, Defence Of The Realm enjoyed a receptive audience. 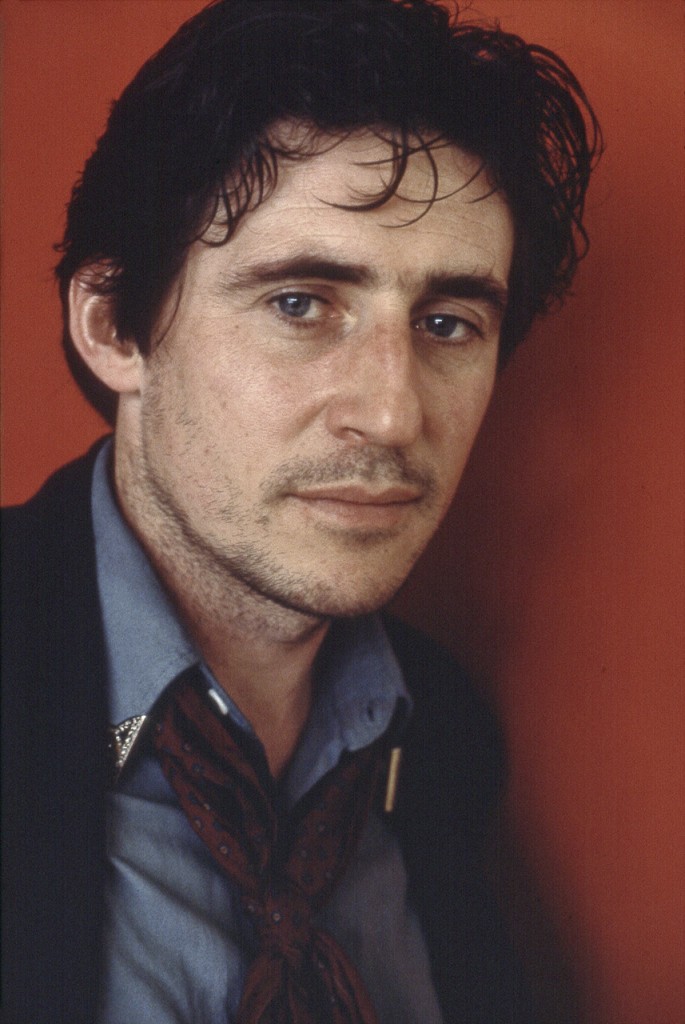 More pictures from this film photoshoot are in the Gallery.

In particular it boasts excellent pacing: it starts at a relaxed pace, but by the end, as the pieces fall together, as Mullen becomes driven, leaves behind his old, childish self like a snakeskin, everything quickens to a nauseous crescendo, more detail is painted in, new characters appear from nowhere, old characters reappear in different guises, and the viewer senses bad tidings. There are even hints that this is a tragedy, with an inevitability to the ending: Vernon is Mullen through the kaleidoscope of a lifetime, and we soon find out what that means… Mullen becomes paranoid, mistrustful, insular; he knows bad things are happening, but he doesn’t know who to trust or how to dig himself out. His only ally is Markham’s secretary, Nina (Greta Scacchi), but this is not Woodward and Bernstein uncovering the truth in ‘All The President’s Men’; this is a war of survival for them both…A fine film, which brings in elements that still resonates today – think Dr David Kelly, government secrecy, terrorist attacks, it’s all in there – but in a trad thriller package. Find it, watch it, get scared. 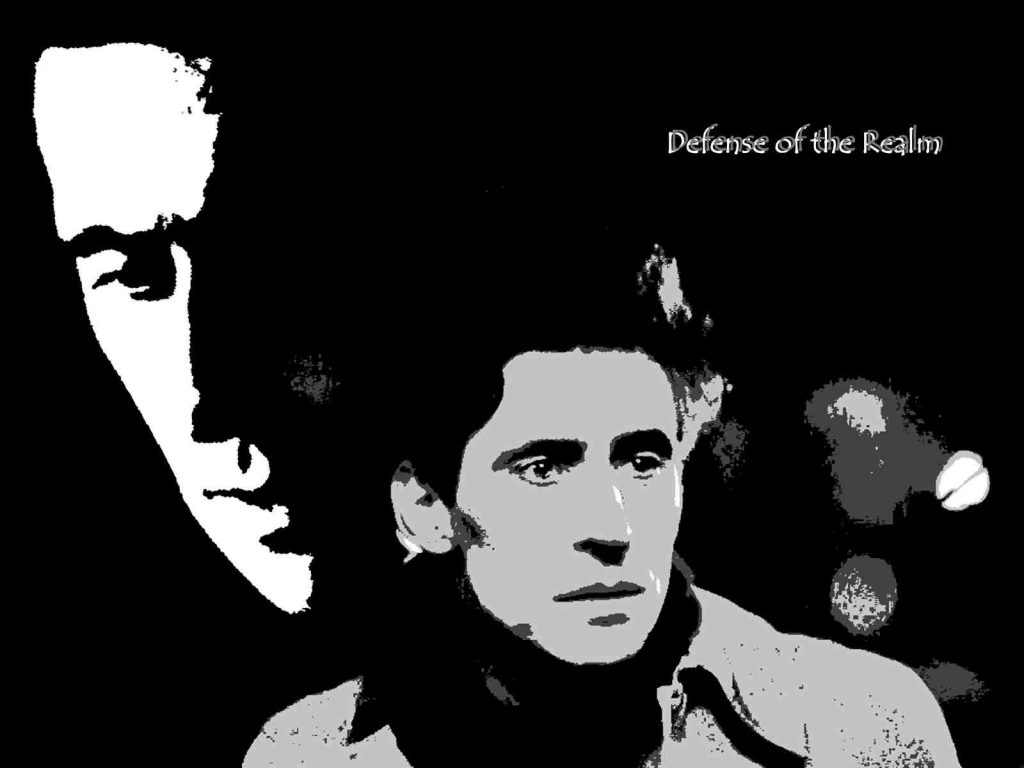 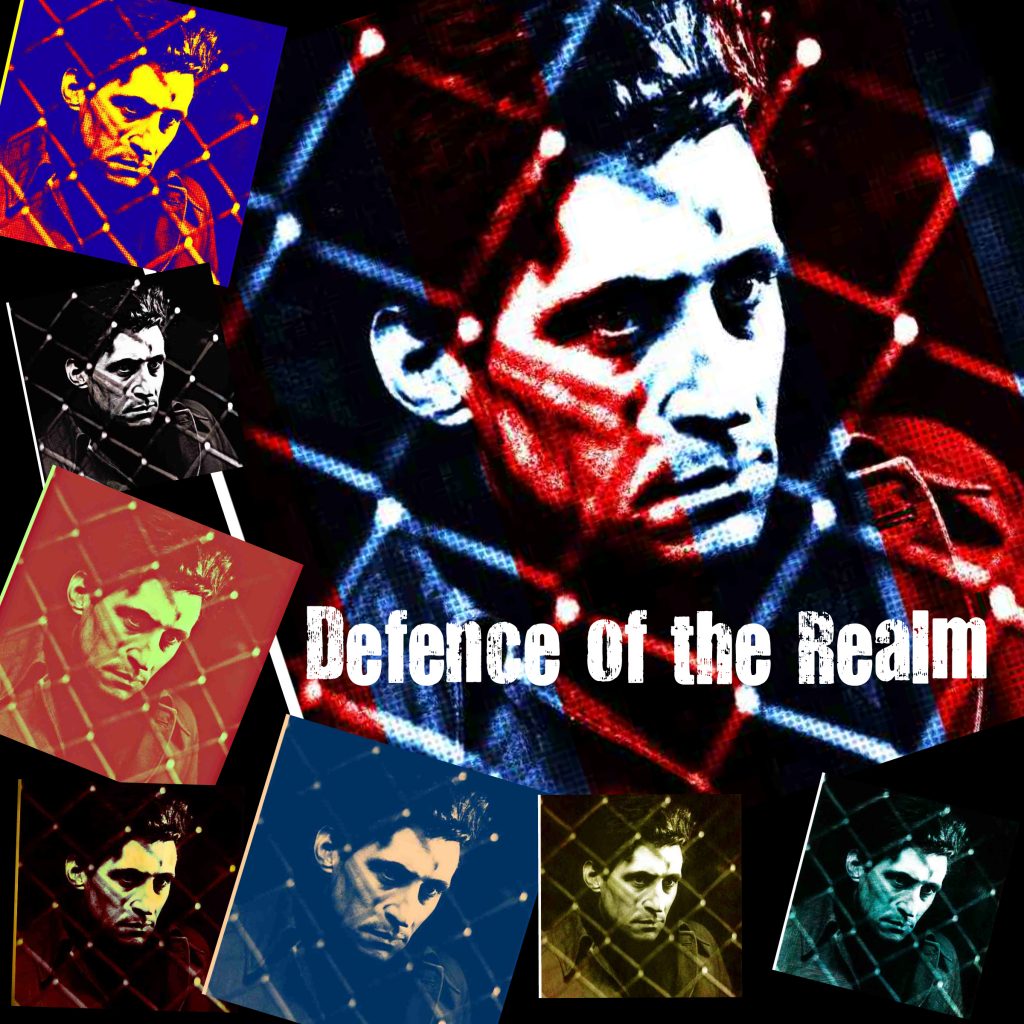 Many thanks to Corfidele for the promotional stills, LucilleP for her wonderful screencaps, and Aragarna for the wallpaper.