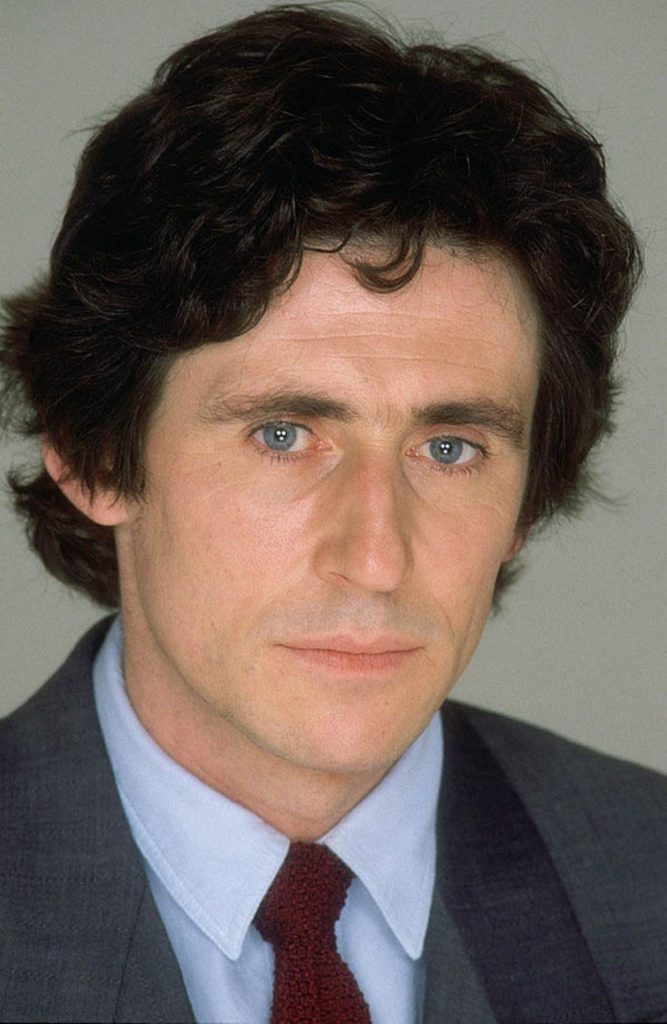 Giulia E Guilia, also released as Julia and Julia, is an unusual, interesting film by director Peter Del Monte, a nightmare vision of a world where nothing can be counted on and where truth is relative. The plot unfolds as a series of surprises, the first surprise being central to the entire plot. The story begins on Julia’s (Kathleen Turner) wedding day when she is to be married to her Paolo (Gabriel Byrne). After the wedding, Julia and her new husband are involved in a car accident. From then on, the construction of the story, both clever and perverse, defies explanation, with an inner logic of its own. Julia finds that she can be sure of nothing nor can the viewer. This is both the strength and basic flaw of the movie. The movie will fascinate some viewers while confusing others. Nevertheless, the movie is a superb directorial achievement by Monte, making his English language debut. It should also be noted that this is the first feature shot entirely in high definition television technique and then transferred to film, with generally excellent results. ~ Linda Rasmussen, All Movie Guide

A love trapped between two worlds 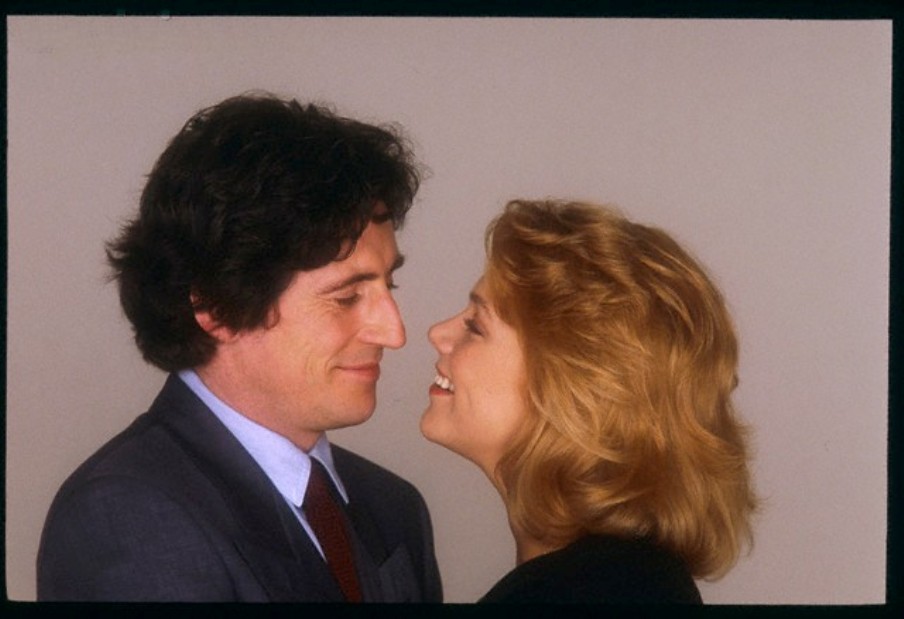 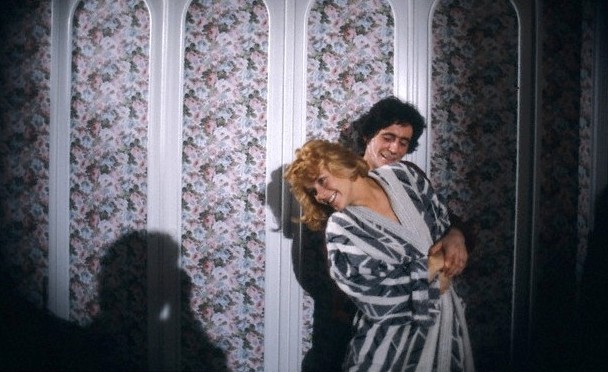 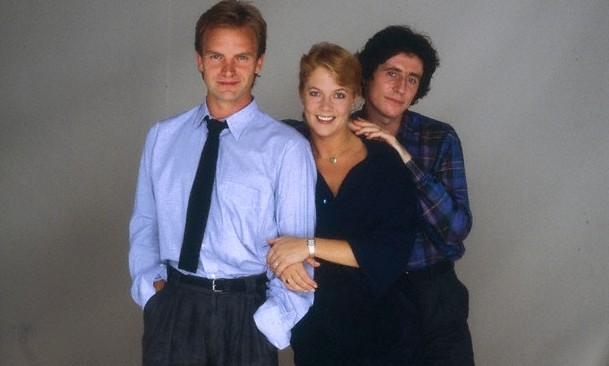 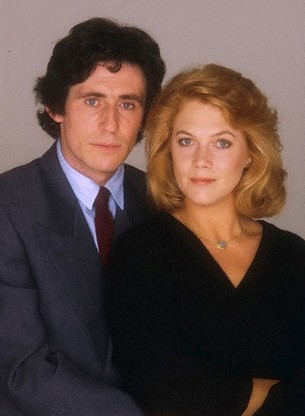 The movie itself is another matter. It’s a not-very-spooky melodrama about an unfortunate American woman named Julia (Miss Turner) whose husband is killed (before the opening credits) in an automobile accident on their wedding day.

A few years later, Julia is living and working in silent sorrow in the picture-postcard pretty port of Trieste. One night she comes home to find that her husband (Gabriel Byrne) is not dead and that the two of them, with their small son, are living in elegant but not especially happy circumstances. He’s become married to his career as a ship designer and she has taken a lover (Sting).

The grateful Julia goes along with all this, and tries to straighten out her marriage. Suddenly she’s back in the world of her widowhood. Just when she thinks she knows what’s going on, she’s returned to the ”other” life. Back and forth she goes – fate’s plaything. Poor Julia thinks she must be going mad, mad, mad, but Miss Turner, who had a funnier run-in with time in ”Peggy Sue Got Married,” is always sane, sane, sane. Mr. Byrne and, in particular, Sting also are creditable.

The construction of the story is ingenious and perverse and has a kind of inner logic of its own. And if there is a flaw, it’s that no woman could endure this kind of round trip more than once, if that much, before being emotionally shattered. I was reminded of Turner’s work in “Peggy Sue Got Married,” in which she traveled back in time to her own adolescence; think how much more disturbing it would be to travel sideways into the happiness you thought you’d lost.

This is the kind of movie that proves unbearably frustrating to some people, who demand explanations and resent obscurity. I have seen so many movies recently in which absolutely everything could be predicted that I found “Julia and Julia” perversely entertaining. 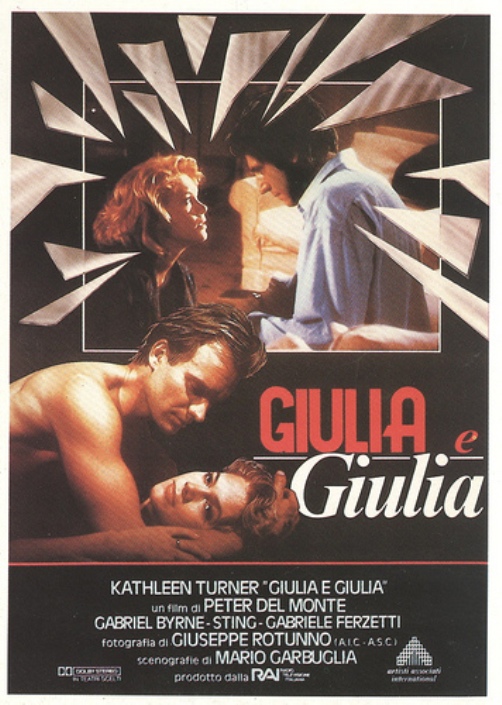 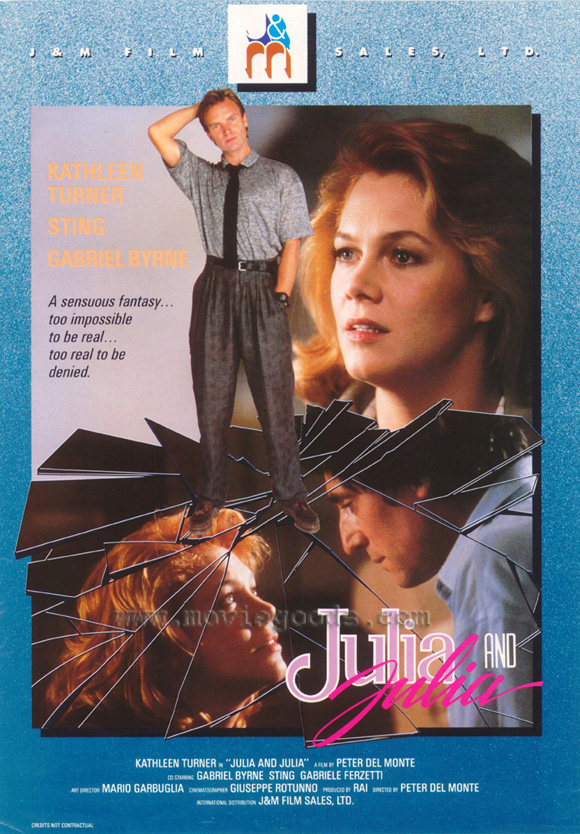 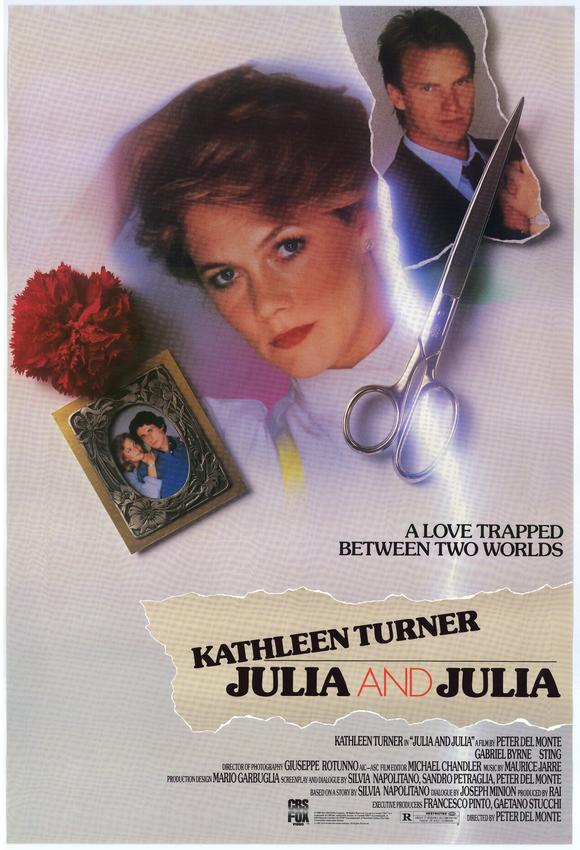 Roger Ebert (from his review of the film):

Note: Whatever fate this movie has at the box office, it will win a footnote in cinematic history as the first feature shot entirely in high definition television and then transferred to film. How does it look? There are a few moments when quick movements seem to trail their shadows behind them, but in general the quality is comparable to a 16mm print blown up to 35mm. Although the film lacks the sharpness and clarity of a true 35mm print, the result is much better than any previous TV-to-film transfer I’ve seen.

Wikipedia page for Julia and Julia

IMDB page for Julia and Julia