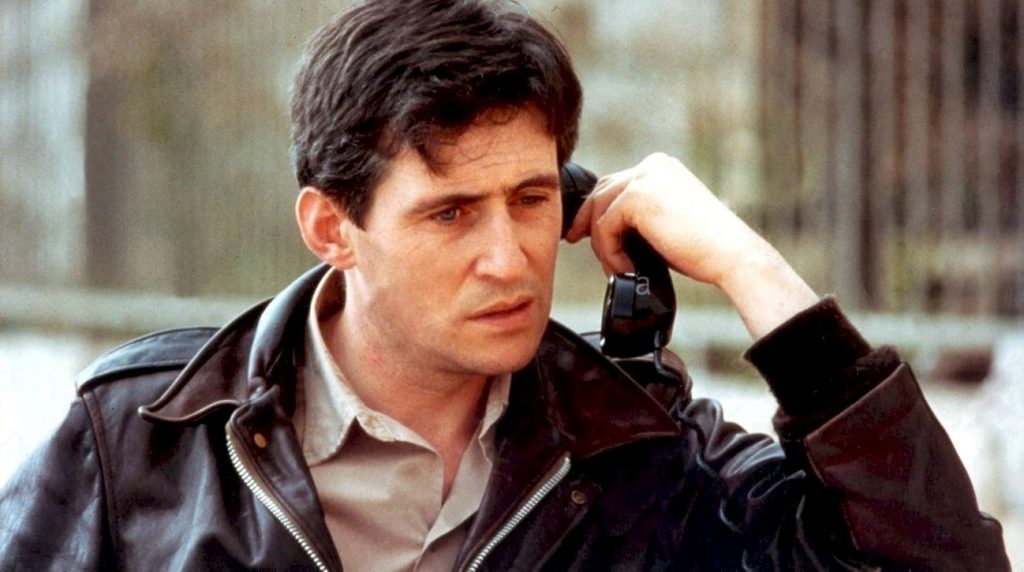 Written by Costa-Gavras and Franco Solinas

In this political drama, Hanna Kaufman, a Jewish-American attorney, must defend Selim Bakri, a young Palestinian suing Israel for the right to live on his Left Bank ancestral land. The government’s lawyer, a cocky Israeli attorney, is Hannah’s lover and the father of her unborn child. Conflict ensues when Hannah and Selim also become lovers. ~ Sandra Brennan, All Movie Guide 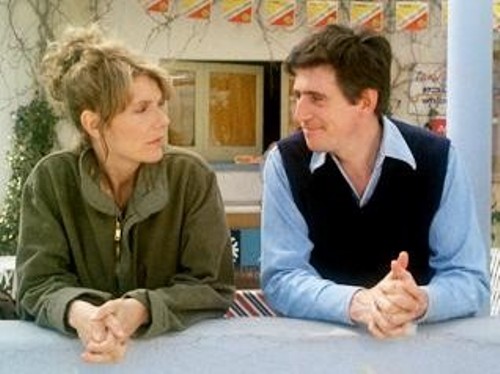 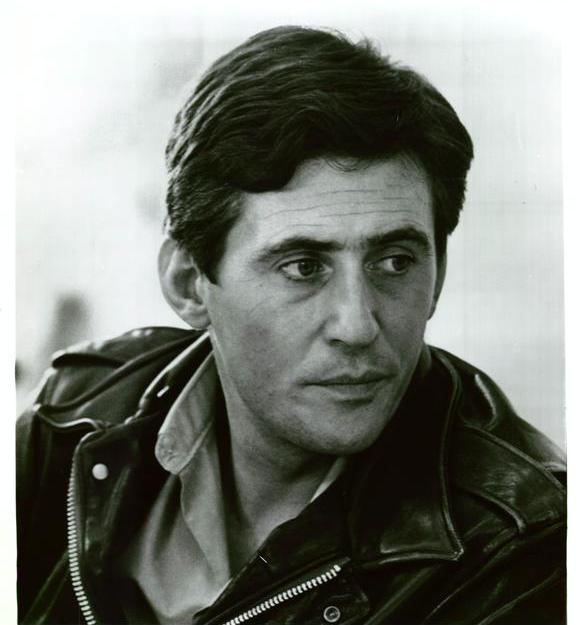 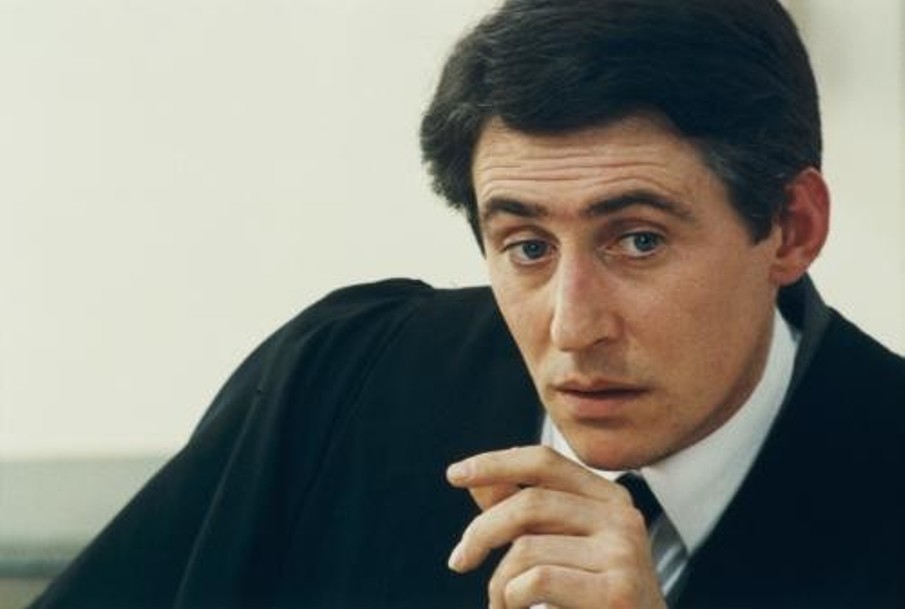 Interview at Valladolidwebmusical.org (in Spanish)

Costa-Gavras and Franco Solinas, who wrote the film, appear to have been too intimidated or, maybe, too baffled by the complexity of Arab-Israeli relations to be decisive in any way whatever. Everything about the film is halfhearted, including the way in which the film makers dramatize what they take to be Israel’s paranoia about Arabs. They characterize Selim as a victim of that paranoia, but they are never unequivocal about his innocence.

As so often happens in a film in which the characters have been manufactured to fit the plot, none of the performers is especially compelling. They are messengers not characters – mouthpieces for dopey dialogue. 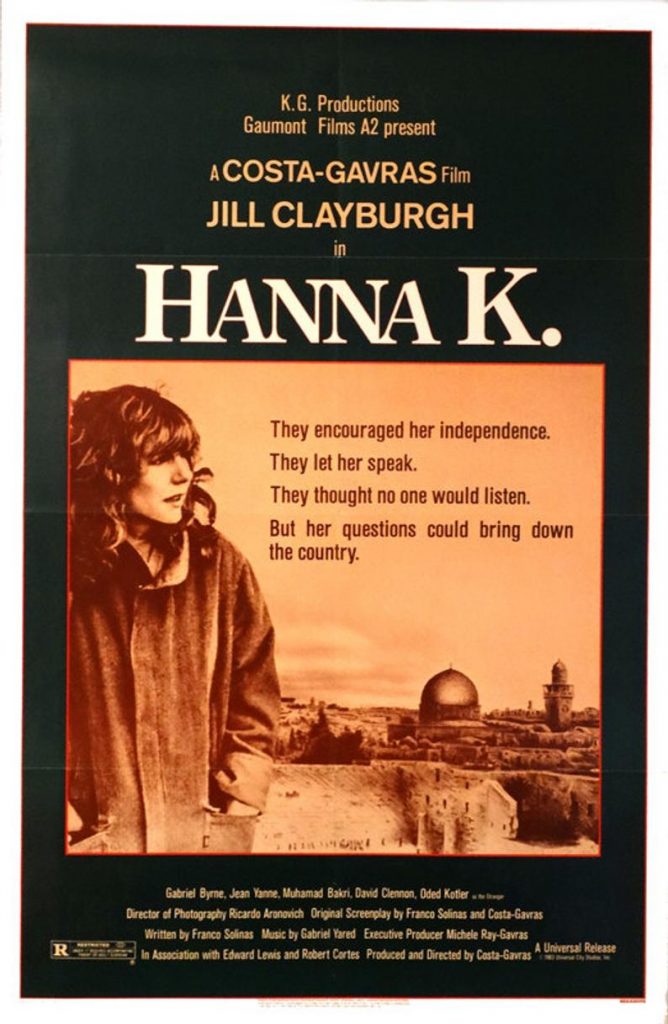 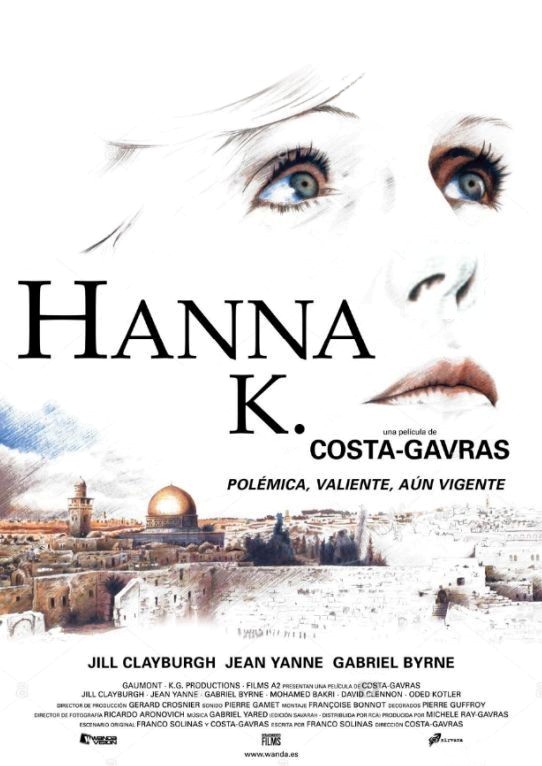 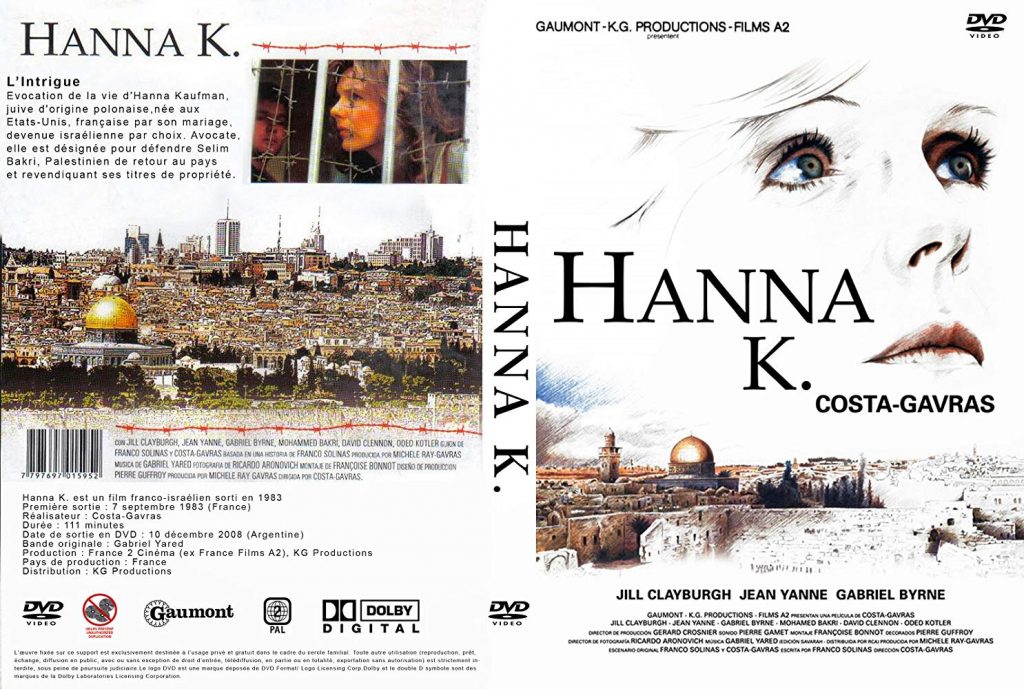 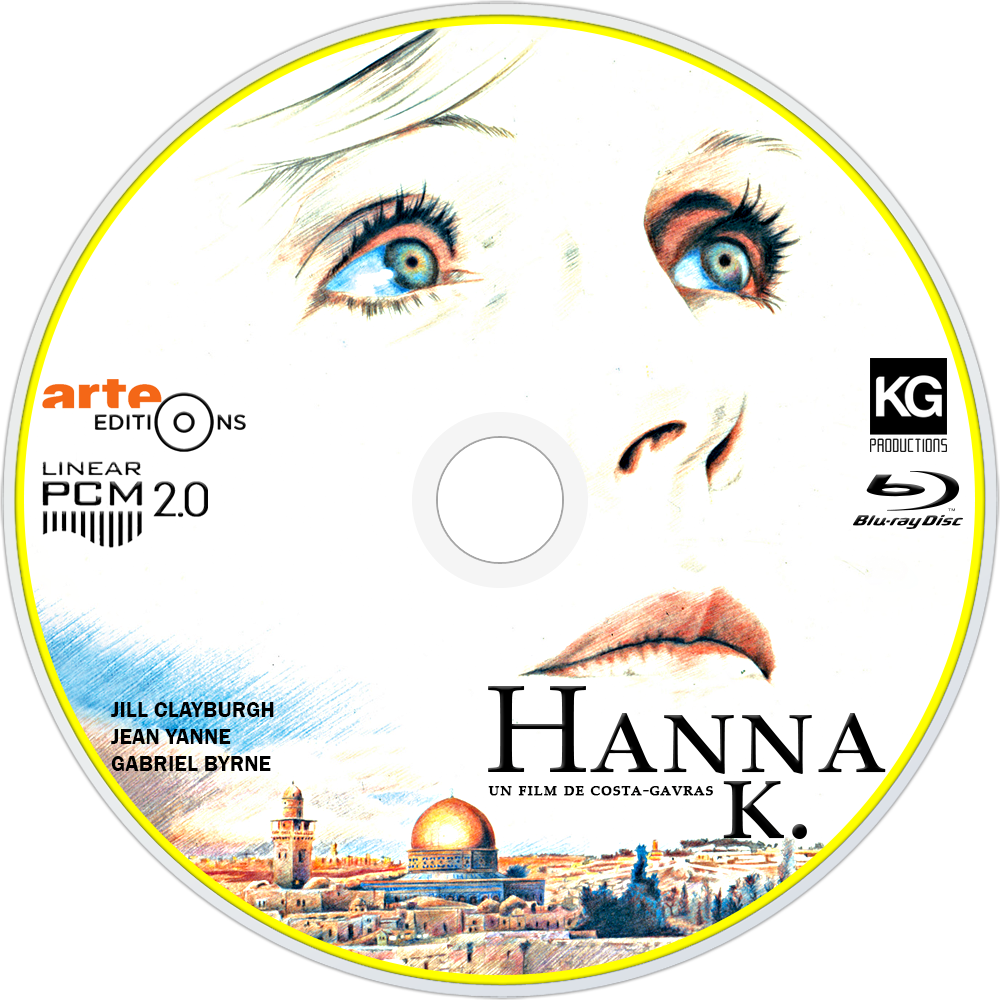 The film contained a number of aesthetic problems and Hanna’s personal life at times overshadowed and muddled the political aspects of the story. Nevertheless, as Edward Said, Parr Professor of English Literature at Columbia University, commented: “As a political as well as cinematic intervention, then Hanna K. is a statement of a great and I believe, lasting significance.” [Edward Said’s review of Hanna K., The Village Voice, Oct. 11, 1983, p. 45]

Thanks to Stephanie for the interview link.