Pictures In My Head, Gabriel Byrne’s memoir, was first published in Ireland in 1994 by Wolfhound Press, Ltd.

The American edition was published in 1995 by Roberts Rinehart Publishers.

The book received a warm and positive response. It is now out of print, but used and even new copies are available through Amazon and other booksellers.

In vivid cinematic sketches, international film star Gabriel Byrne’s absorbing memoir presents a series of fascinating glimpses into his public and private life. Byrne leads the reader from his youth in Dublin, through his career on stage and screen, to his current work as producer and actor. Along the way he shares his impressions of Hollywood, New York and his native Ireland, and takes us behind the scenes of film sets. He shares memories of famous actors like Richard Burton and writes of the joy of being present at his son’s birth. Gabriel Byrne’s unique narrative style colors every page, mixing colloquial dialogue with evocative descriptions. The result is a frank, intimate account that reveals the man – and the writer – behind the actor’s many faces.

Byrne is internationally known for his acting in numerous films, such as Into the West and Miller’s Crossing, and for being the producer of the Oscar-nominated In the Name of the Father. Now he will be known as a writer of memoirs as well. His book begins as the story of his boyhood in 1950s Dublin, with vivid descriptions of his home, the pubs, and the streets, as well as of his stint as a novice at a seminary in Wales. He also writes of his first love, his beginnings as an actor in Dublin’s vibrant theater scene, and the birth of his two children. In each chapter, Byrne’s voice comes across like the voiceover in a film. His descriptions of Hollywood, of a big-budget production in Eastern Europe, and of his return to Ireland for a break are particularly engaging. Byrne has many stories to tell, and his readers will hope for more in the near future. This absorbing autobiography is recommended for both public and academic libraries. Lisa N. Johnston, Sweet Briar Coll. Lib., VA 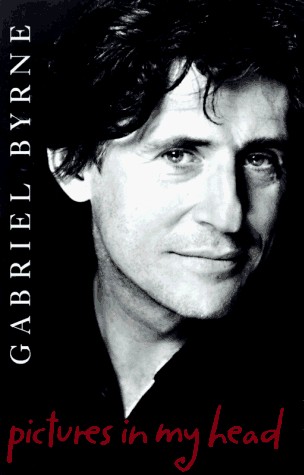