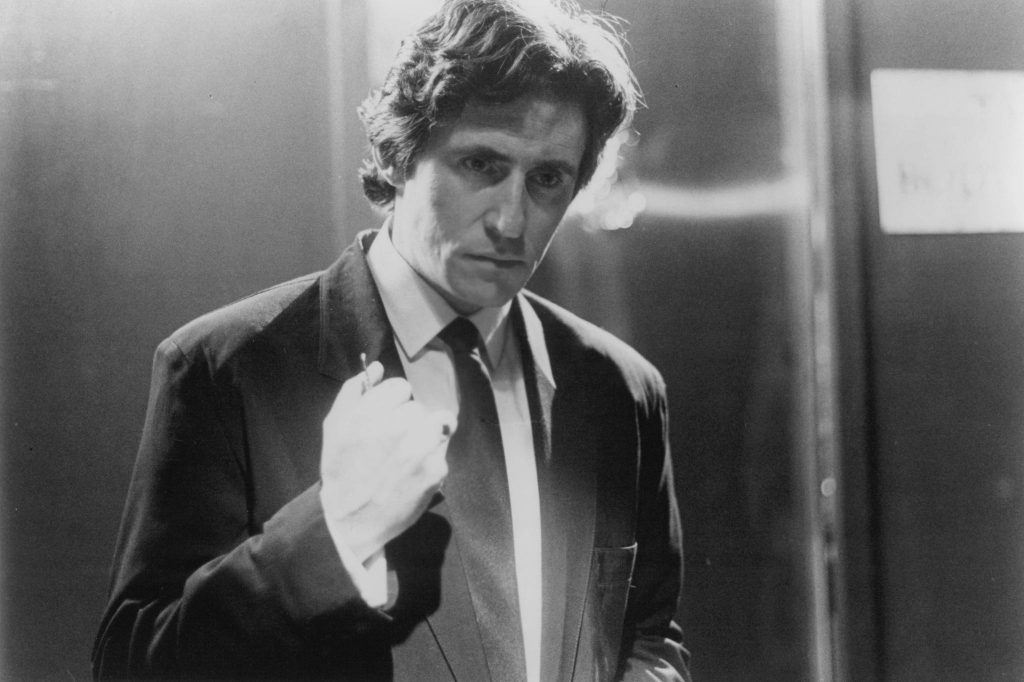 The suspense begins the moment he looks inside…

Drugs stole his past. Dealers killed his friend. And he’s mad as hell… 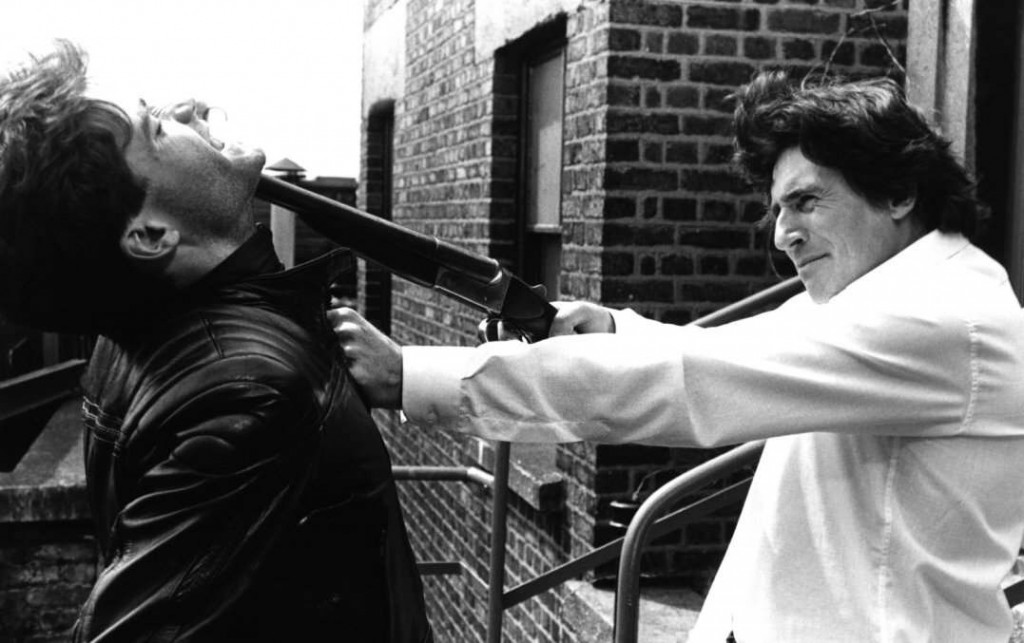 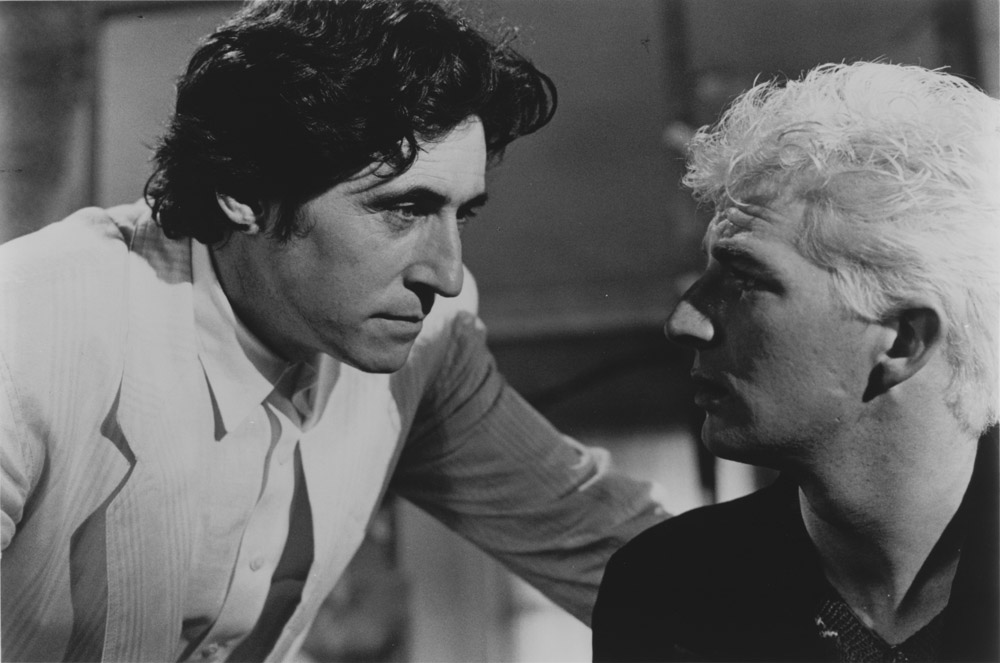 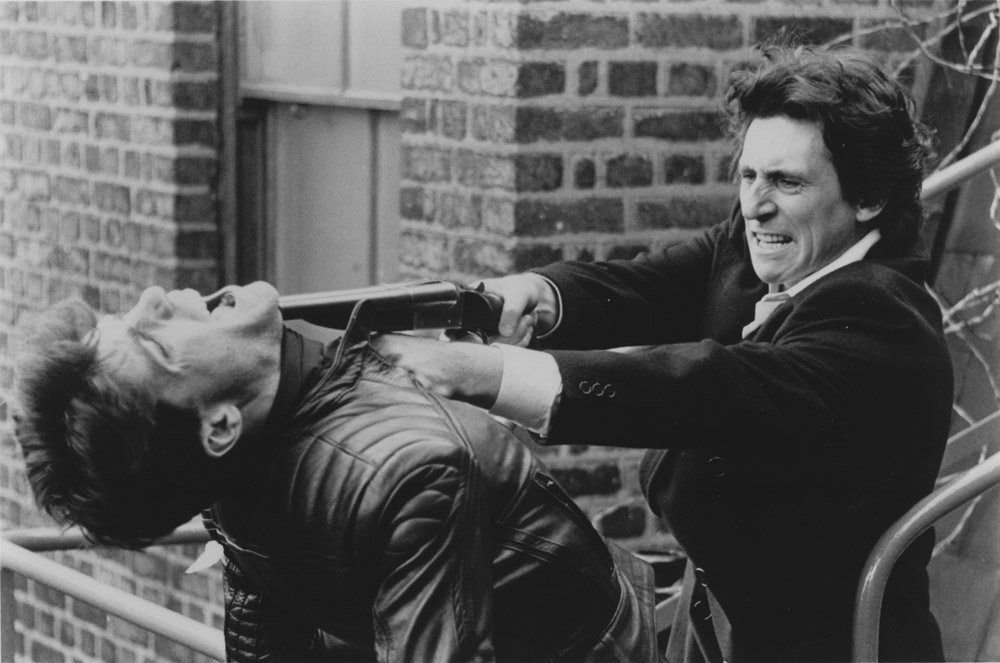 ”The Courier” is a small, ambitious, uneven Irish film that identifies the gritty scene where the underworld and the working class meet. In the dismal streets and narrow houses of Dublin, Mark (Padraig O’Loingsigh) works as a motorcycle messenger. He’s now clean of drugs, though his former best friend, Danny, is deeply and desperately involved in the drug world and has made an enemy of Val (Gabriel Byrne), a vicious dealer.

Mr. Byrne’s character becomes more sinister with each scene. It is not enough that he deals in drugs and picks up a young male prostitute; he also puts his own clothes on the boy and pushes him into the middle of a shootout, a perfect target. Mr. Byrne is adept at revealing Val’s darkness in ever-increasing portions, but the overwrought script pushes the character’s villainy too far.

Indeed, by the end of “The Courier,” when one of two girls gets shot after being mistaken for Mark, and Mark shoots a gay hustler whom he mistakes for Val, and Val gets caught in a cross-fire, you may decide that the movie has wigged out on a dialectic of dualities. Is the point that there is no point? Or maybe two?

The youthful co-directors, Lee and Deasy, have assembled an unusually talented group. Their cinematographer, Gabriel Beristain, shot Derek Jarman’s ravishing “Caravaggio.” The score is by Declan McManus (a. k. a. rock star Elvis Costello) and the cast includes Byrne and Bannen–who is beginning to seem a double for Cyril Cusack, both in looks and talent.

Laudably, Deasy and Lee are trying to catch a side of Dublin rarely penetrated by movies: the youthful drug culture, a weirdly Americanized underworld. The villain, Val, played with reptilian charm and sadism by Byrne, also runs a video store, chockful of heavy-industrial American thrillers. And one minor character, suddenly mutters, in befuddlement, “I’m a video!”–which is perhaps the movie’s secret creed.

This independent Irish thriller has Mark (O’Loingsigh), a young dispatch rider, becoming embroiled in the nefarious network of horse-trading controlled by Val, a vicious video-dealer played with great malignancy by Byrne. When druggy Danny, an old buddy, is set up by the police and snuffs it sniffing strychnine, Mark determines to get the whole lot of them, and in so doing win the heart of Colette (ex-Pogue O’Riordan). The film’s lovey-dovey scenes degenerate into a photo-romance, but the frequent violence is handled with an often distressing realism, and the suspense is generally kept taut. Gabriel Beristain photographs the Dublin locations with a seedy stylishness, and it is clear that Deasy and Lee will one day be directors of flair. Never mind if the flaws provide the odd giggle, this is a work of imagination and ambition. 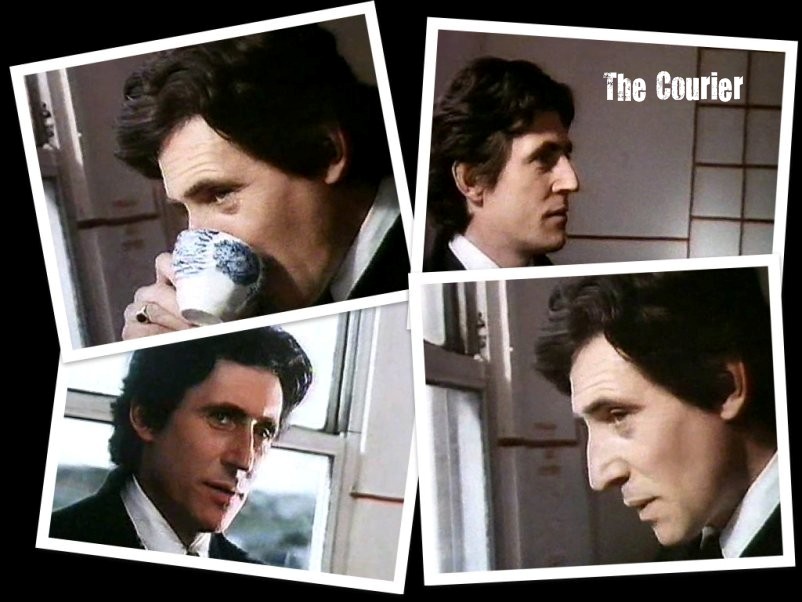 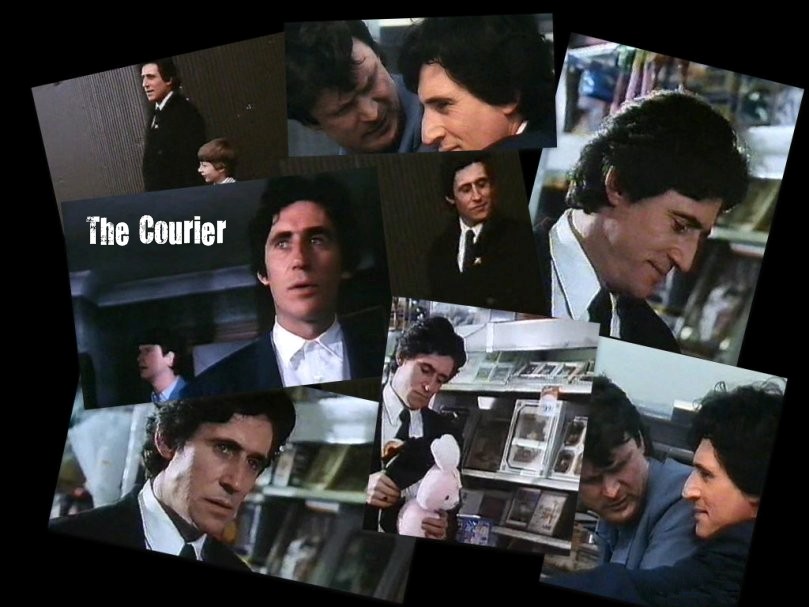 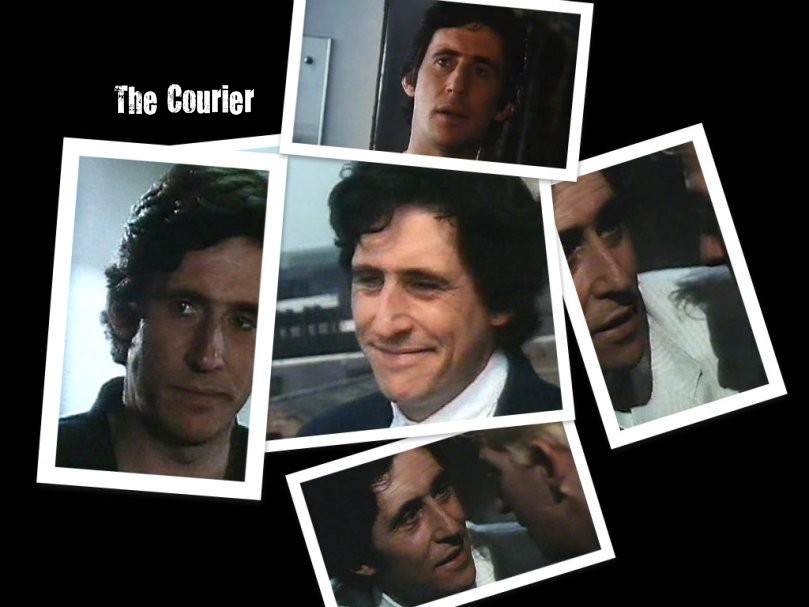 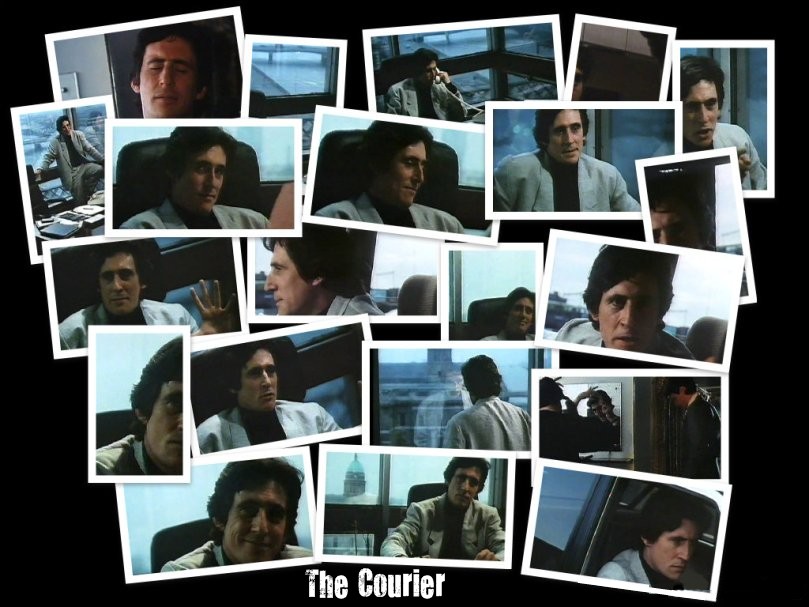 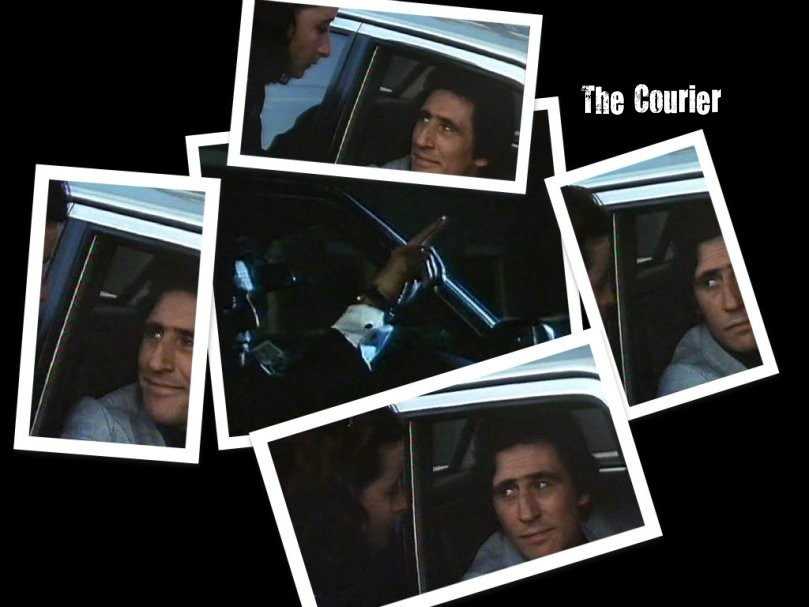 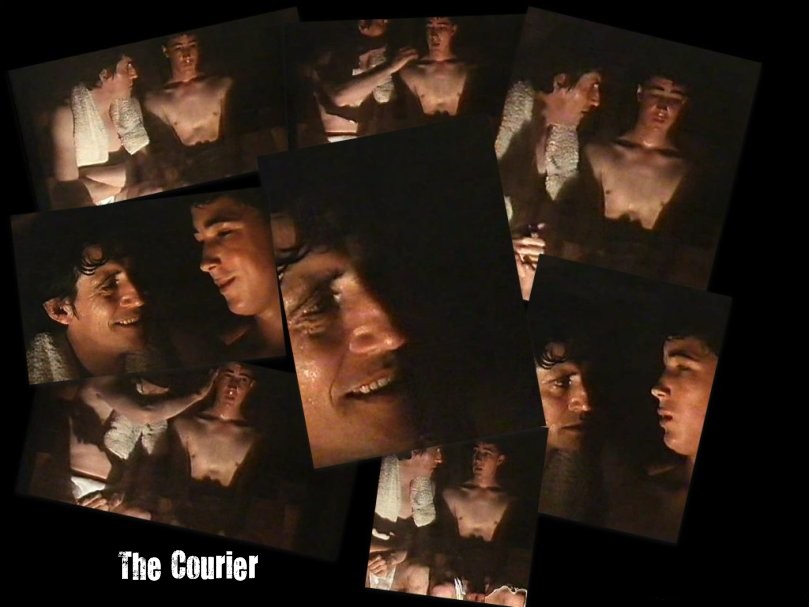 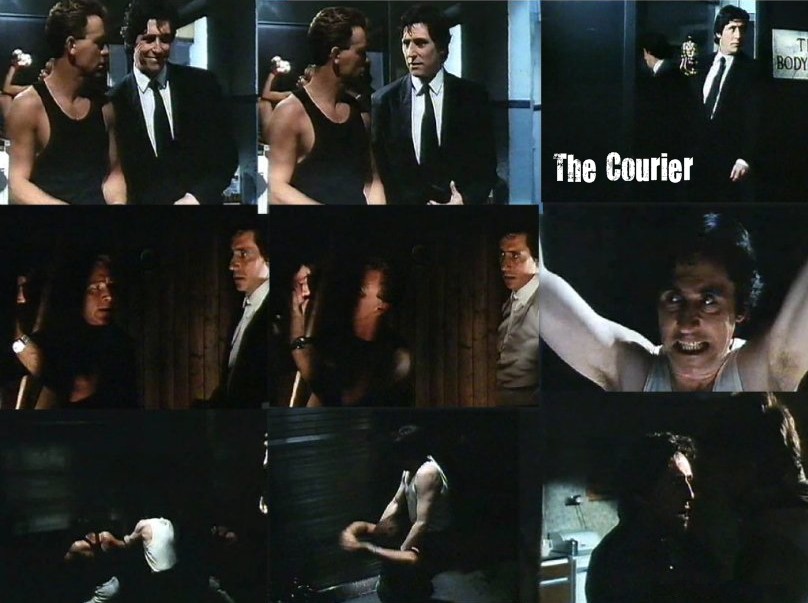 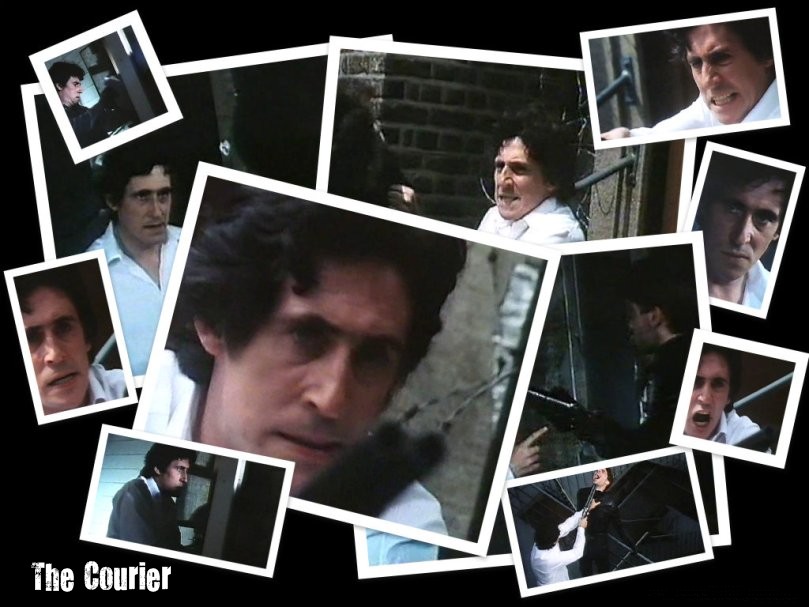 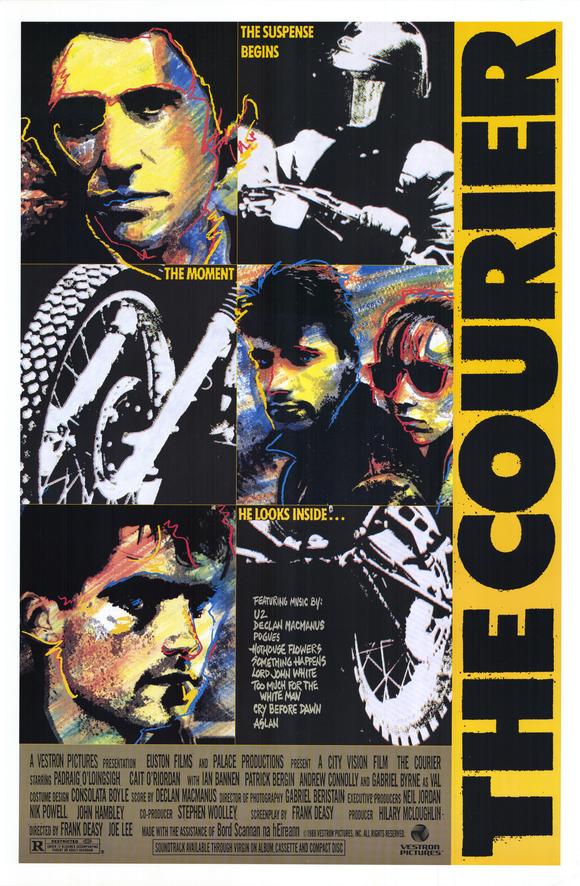 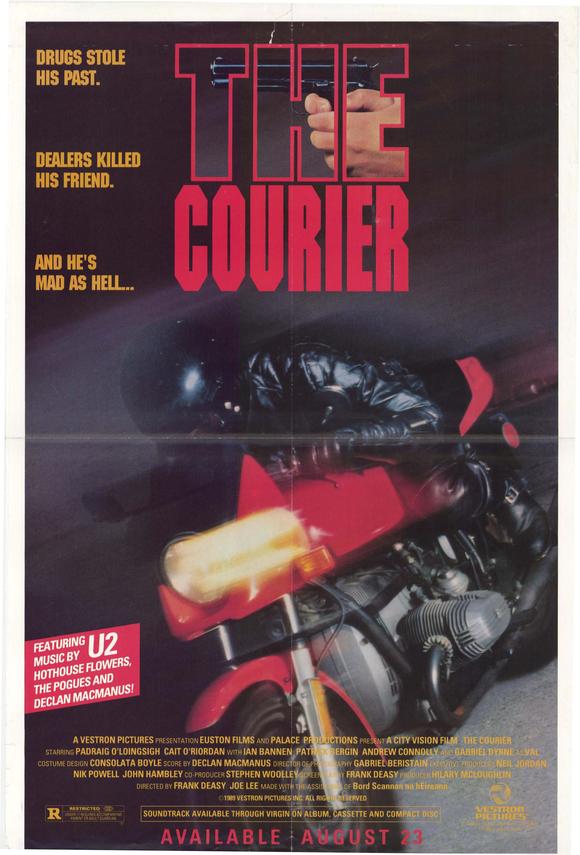 More posters and VHS cover images are in the Gallery.

Dublin Opinion: The Courier (1988): Dublin, Drugs, and the Dickensian Aspect

Mind you, there is some great acting in The Courier, most notably from Andrew Connolly as a small-time stick-up artist and drug addict, and from Gabriel Byrne who is simply fantastic given the material he’s working with. Patrick Bergin’s not bad, as another small-time gangster and right-hand man to Byrne.

The film, though, rests on the shoulders of its two main stars, Padraig O’Loinsigh and Cait O’Riordan. And that’s unfortunate, really, because they’re shite.

The Courier is also noticeable for a small role by Aiden Gillen (Murphy) – Carcetti in the Wire. Gillen plays a rent boy in a scene with Byrne which proves beyond doubt that Gabriel Byrne could take a script by Eoghan Harris and make it sound like David Mamet. 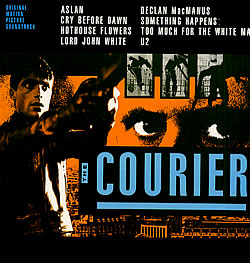 Image from the CD

Frank Deasy, director of The Courier

From the Guardian UK article noted above:

Deasy used to joke that it had been the distress caused by the critical mauling received by his first film, The Courier, starring Gabriel Byrne, that had turned his hair prematurely white. After this weekend, reviews of the legacy of Frank Deasy are glowing unequivocally. 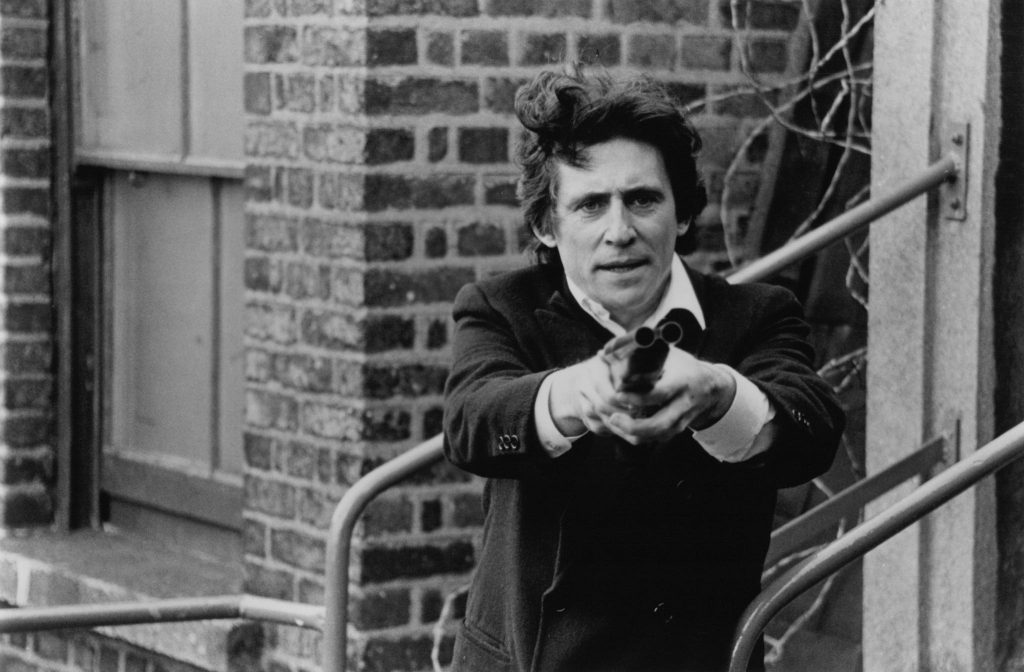 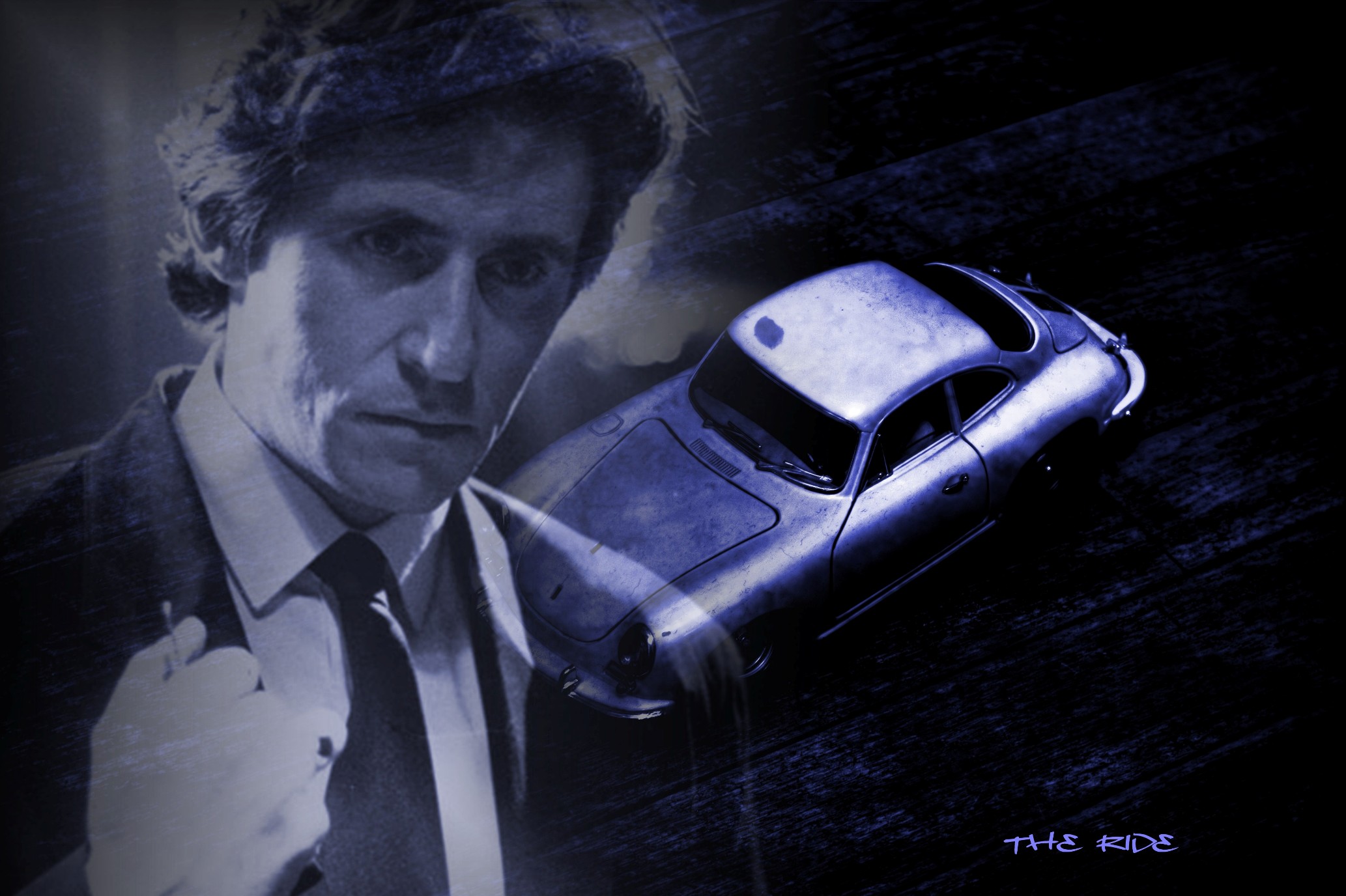 Thanks to CorFidele for the promotional images and to Lara for the great screencaps.